To be a faith-based organisation (FBO) in Brussels is to have the challenge of demonstrating how faith-based approaches are crucial to achieving the Sustainable Development Goals (SDGs). In the European cultural context, the combination of faith and development is underappreciated for its potential to contribute to the 2030 Agenda for Sustainable Development. In fact, many people are suspicious of religion. Given the looming deadline of 2030, however, the international community can no longer afford to overlook the role religion can play.

This challenge for FBOs in Brussels, is at the same, a particular opportunity: there is a lot of potential for increasing people’s understanding of what including faith in sustainable development approaches entails, and why it is vital to ending poverty and inequality.

The reality is that 83% of the world’s population have a faith, and many say they trust their faith leaders more than their politicians.

It makes sense, then, that to affect deep change means to include faith approaches in development programming—particularly if the mixture of faith interpretation and culture has also led or contributed to inequalities in the first place.

The spread of Ebola, poor maternal health care, the ostracising of sexual violence survivors, girls missing out on education: none of these can change long-term without acknowledging the role of faith. Nor will they change if our industry does not engage with faith communities and faith leaders. Therefore, the faith literacy of international governmental and civil society actors in development, humanitarian aid, and peacebuilding must increase.

In 2018 we established a loose interfaith network of FBOs to begin exchanging evidence of impact of faith approaches to development. But our time together soon became more than that; we began to develop a much deeper understanding of each other. Our network is comprises FBOs who rarely articulate their faith-based nature publicly; others who are themselves networks of faith-based implementing NGOs; and FBOs who also represent their own faith communities. Some work on the ground themselves, others through partners. In short, we are a very diverse group.

When the 2019 European Development Days (EDD) focused on inequalities, our network recognised an opportunity for ‘going public’ on the need to increase faith literacy. Seven of our organisations agreed to set up a stand showcasing the impact of faith-based approaches. We also staged a debate entitled What has religion got to do with it? as part of the EDD framework of addressing inequalities.

Approaching this from an interfaith perspective was not just a tool. It was a crucial part of the point we were trying to communicate. Working together allowed us to showcase evidence of impact from very different approaches and regions of the world, which made for a more meaningful discussion with EDD participants. This evidence included a video that reflected on the role of religion in society. From a coalition perspective, this was not easy as it truly required us to leave our organisational branding, individual methodologies, and particular faith contexts behind. 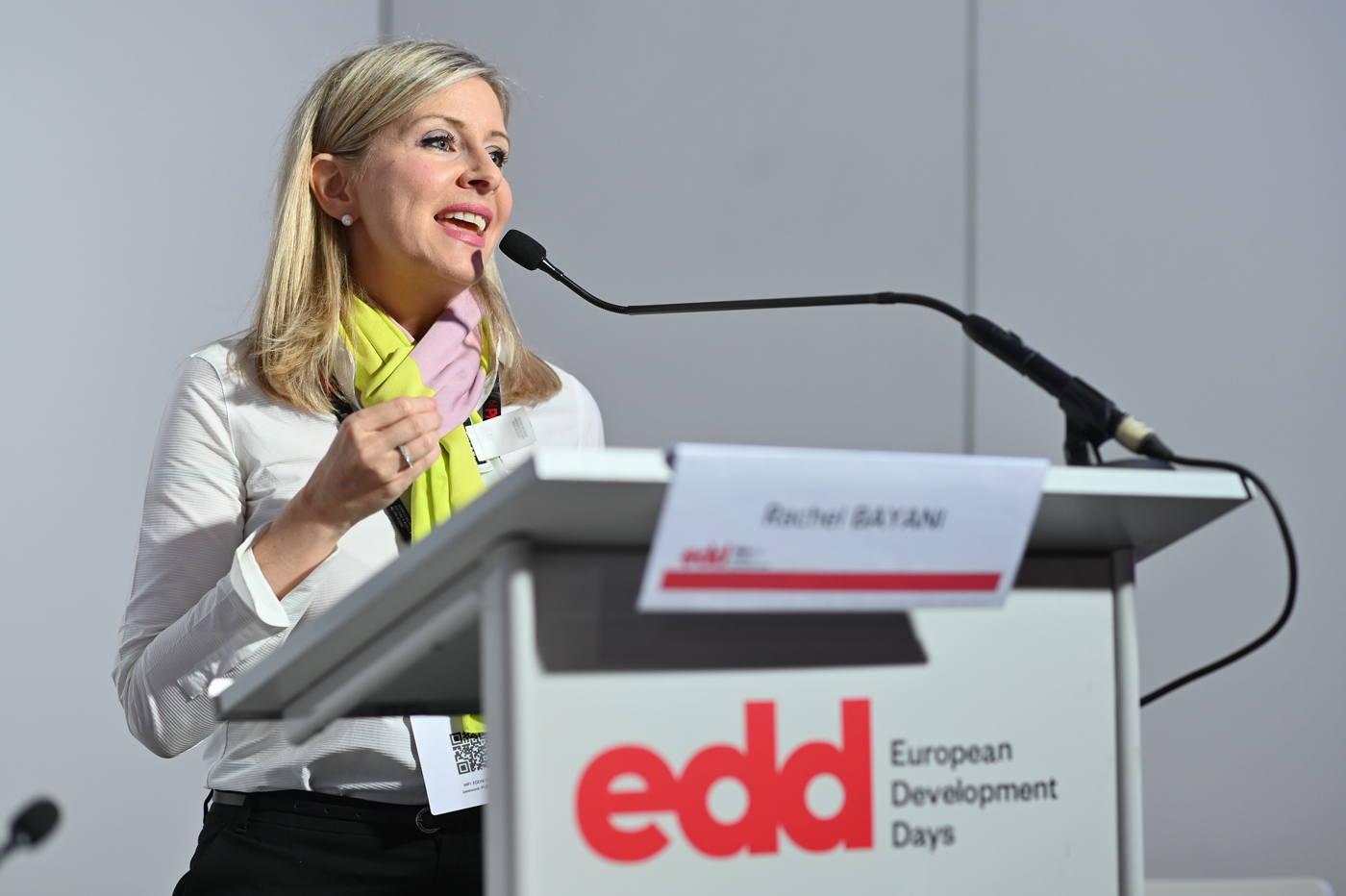 Ultimately, while we did see a rise in faith literacy among those we talked to during the EDD, the biggest surprise of this whole exercise was the trust built among network members along the way; a trust that inspires us to do more together in the future.

From this collaboration we identified five key recommendations about FBOs working together: