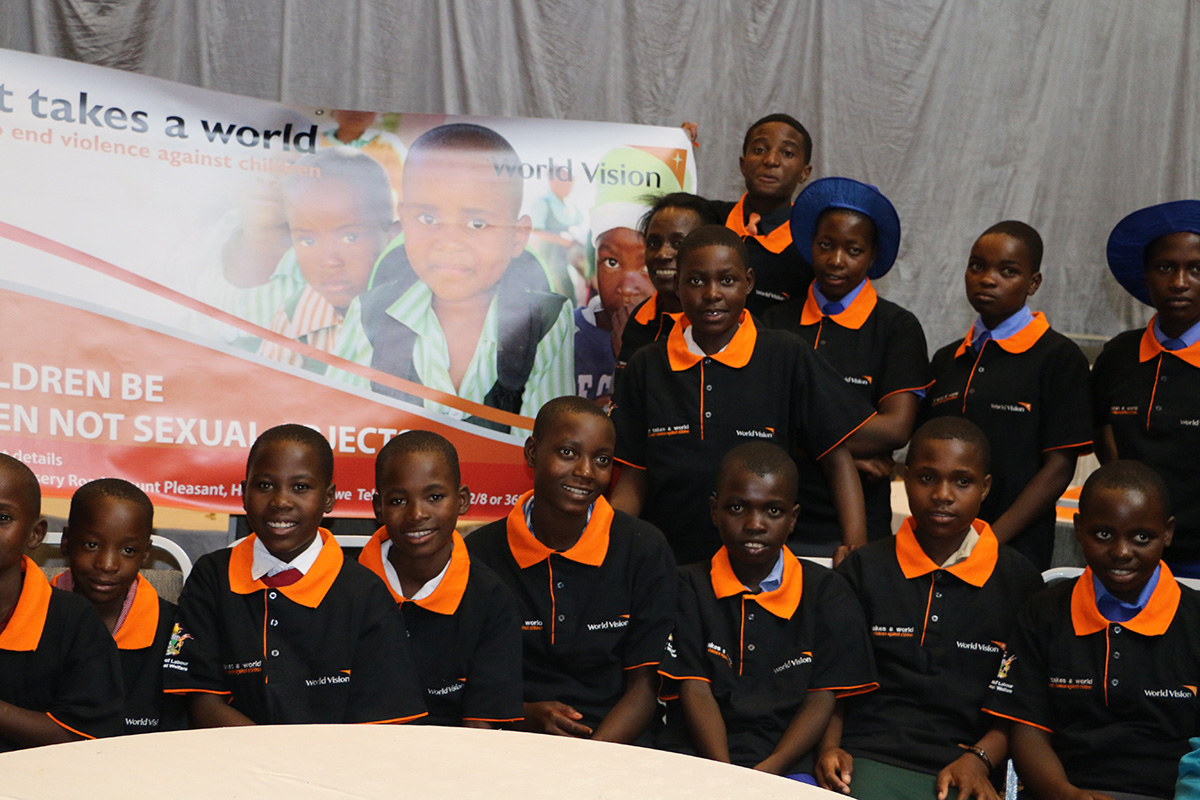 Ending violence against children requires all of us to change the way we see and understand it. Children should be growing up in safe nurturing environments, free of fear and free to fulfil their potential. This is achievable if parents, schools, places of worship, businesses and governments step up their existing efforts to prevent and respond to violence against children.

In Zimbabwe, we launched our campaign in January 2018 to catalyze a national movement of people and organizations committed to keeping children safe from harm, especially sexual abuse and violence.

The ‘It takes a World to End Violence against Children,’ campaign was successfully integrated into World Vision programmes in the past year. A total of 251,788 children and 78,541 adults were reached since the launch of the campaign, in January 2018. The campaign focuses on ending sexual violence against children in Zimbabwe by emphasizing community-level interventions, use of both traditional and social media and policy influence. our teams were also instrumental in helping a total of 9,981 children to access their birth certificates

This campaign aligns with and contributes to Sustainable Development Goal 16.2 to “end the abuse, exploitation, trafficking and all forms of violence and torture against children.” The Zimbabwe Demographic and Health Survey 2015 indicated that 14% of women aged 15-49 reported that they have experienced sexual violence at some point in their lives, and 8% experienced sexual violence in the past 12 months.

We have dedicated our efforts to securing the well-being of children, promoting their rights and participation across 100 countries in which it works globally.  In Zimbabwe, World Vision operates in 29 districts providing education, water and sanitation and promote health and livelihoods support to communities.