Marianny Otaño, 17, will represent the Dominican Republic at the IAAF WORLD U18 CHAMPIONSHIPS NAIROBI 2017, to be held from 12 to 16 July in the African city of Nairobi, Kenya. Otaño, who has run in Haiti, Curacao, Puerto Rico and Cuba, will compete in the 100 mts hurdles event.

At age 12, she started running in her hometown, Jimani, Independencia province: "I started training barefoot and with the wrong clothing. Training on jeans, whatever I was wearing that day. We ran on a soccer field. My feet bothered me a lot because there were pebbles, gravel and I had no shoes to train. The only shoes I had were my school shoes", she reveals. 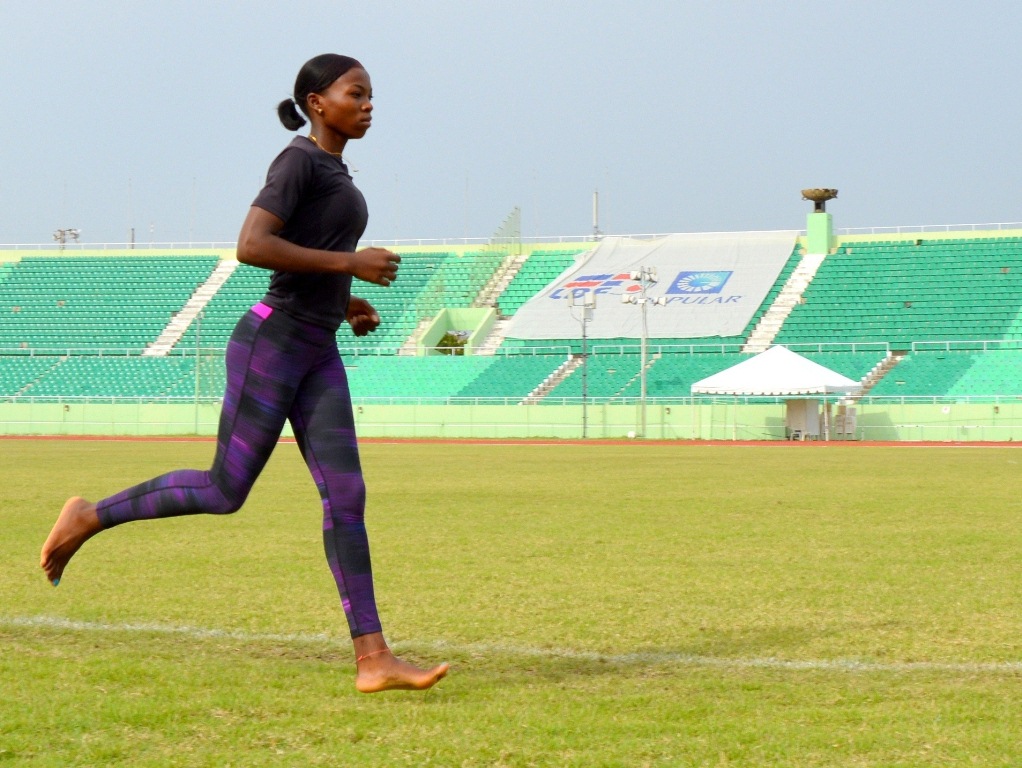 Otaño has gone through “difficult” events that shape her life. In spite of that, she has a close knit relationship with her family, consisting of her parents and five siblings, who she says, are the most important thing for her.

“I got interested in running because of my brother Yasmani, who is the best brother in the world. My inspiration. He was an athlete and I admired him. He competed and brought medals. Then ... my childhood was hard, but since I started training everything was different, you forgot everything”, she says.

Currently, Otaño holds national junior record in the 100 meter hurdles event: "Sports taught me discipline. It has taught me to win, it has taught me to lose, it has taught me to get up every time I fall. I learned to lose and be happy; I have learned how to lose without suffering because I lose. The life of an athlete is not easy. We need to stay away from parties, from family gatherings to train, to skip going places with friends because we have to train". 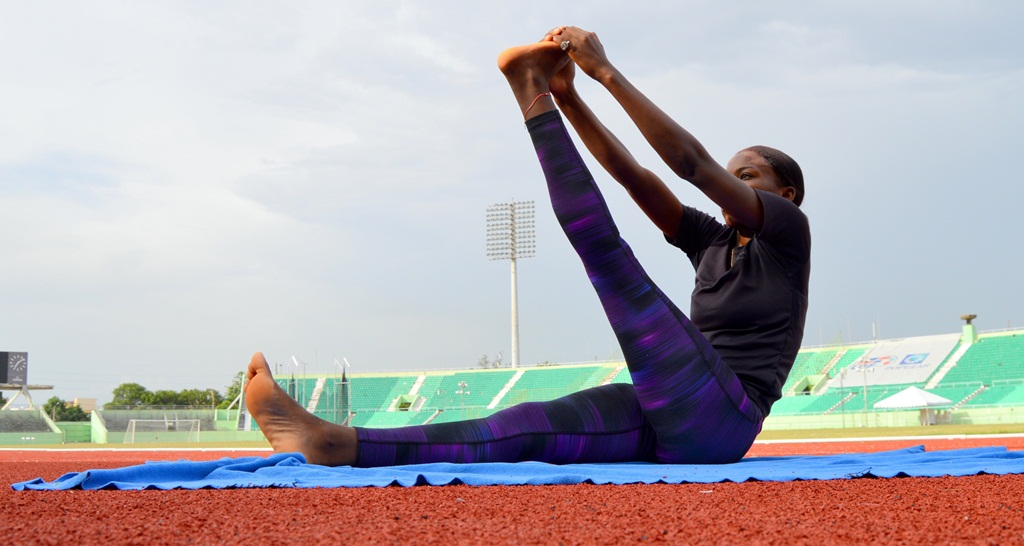 Warming up before running.

Being a minor, she settled alone in the capital, 260 kilometers away from her family, “everything for a dream”.

Otaño belongs to the Dominican Republic Air Force, and she competes on the institution’s behalf in civil and military games “My parents do not have enough money to support us. My sister and I support them; because we are from the Air Force as military people we get a salary. In the Olympic Center we were opened the doors of a dining room. With the money we get from the Air Force we cover our basic needs and help our mom and dad”.

Her sister, Martha Méndez, is 16 and also represents the country at the World Athletics Championships U-18, in the 100 and 200 meter dash event. Both live together.

“We have a great relationship. I brought my sister here. My sister started practicing two years after I did. I saw in her a potential. I saw talent in her and said, ‘I want to be great, but my sister also has the right to be great.’ I always worry that if I make a mistake today, my sister might commit it tomorrow”, she says. 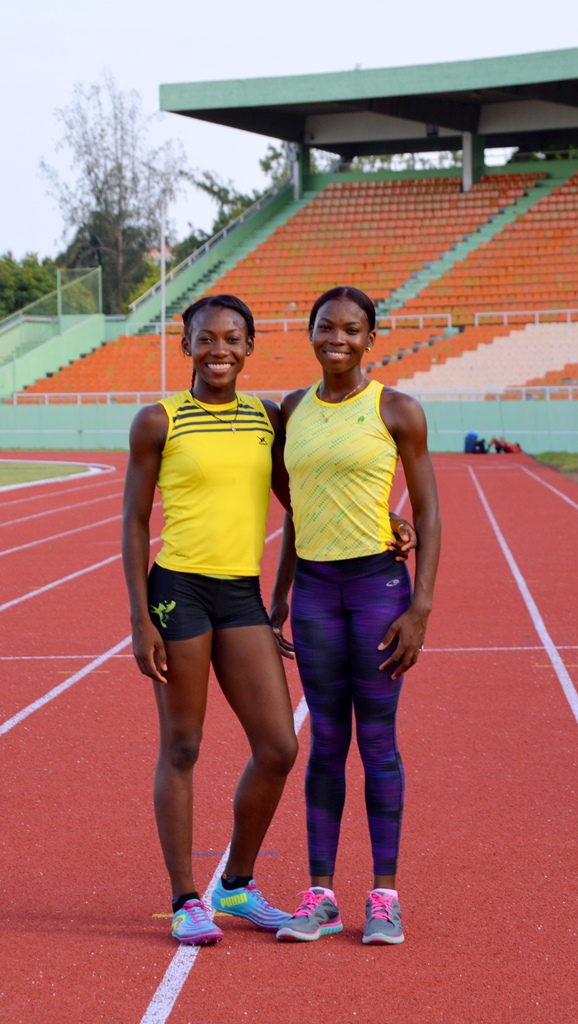 In the photo, from left to right, sisters Martha Méndez and Marianny Otaño. Both will represent the Dominican Republic at the U18 World Championships in Athletics.

In May this year, Otaño traveled to Cuba to classify and be able to go to the World Championship.

"In Cuba I grew up mentally as an athlete. I found myself. I discovered beyond who I am, what I can achieve. To dominate my mind. I learned what running 100 meters with fence really was. Not just saying, I will run 100 meters with fence. That's something we have to have inside our heart, do it with love", she states.

She recounts one of the most decisive experiences in her life: "Junior athletes run the 76cm hurdles, which are a little lower than the superior level. I was going to Cuba to improve my score with competitors in my category. Cuba's competitors had already gotten all their scores, so I could not compete in the lower category as I could not compete against myself. When I got there I was told that I had to compete with the higher fence. At first I was a bit discouraged, I lost faith, but my coach had written me: ‘power, believe and accomplish’. I kept that in my mind and said: I will achieve it. I'm going to run with that high fence and I do not care. My coach taught me that obstacles will always exist, that we must always face them with great faith, optimism, and I remembered those words. When I entered the track I ran, and the score came out alone. That was a big deal. That was something like when the impossible becomes possible". 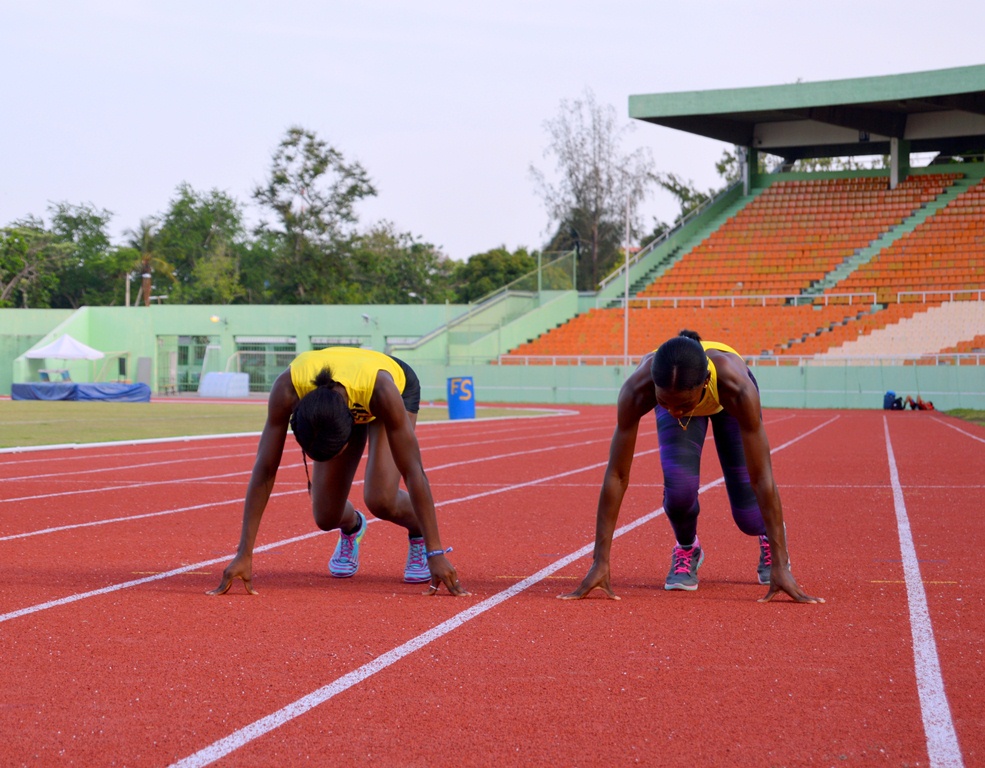 Otaño and her sister were sponsored by World Vision before moving to the capital city: "World Vision is an institution to which I am thankful. World Vision has been in me since I was little. From my childhood, I remember that World Vision always brought us gifts at Christmas. When school started, they gave us school supplies, new uniforms, everything new. It was something that our parents could not supply and World Vision made that possible. They have also encouraged us a lot, they have believed in us. Not only with us, but with other athletes in Jimani".

Helping others is one of Otaño’s greatest aspirations. For this reason, she yearns to study psychology in college: "I want to help the little runners growing up in Jimani. There are children training barefoot right now. Not as many as before, but there still are. It is difficult to run barefoot. I would love a track for Jimani. That would be more motivating  for the kids". 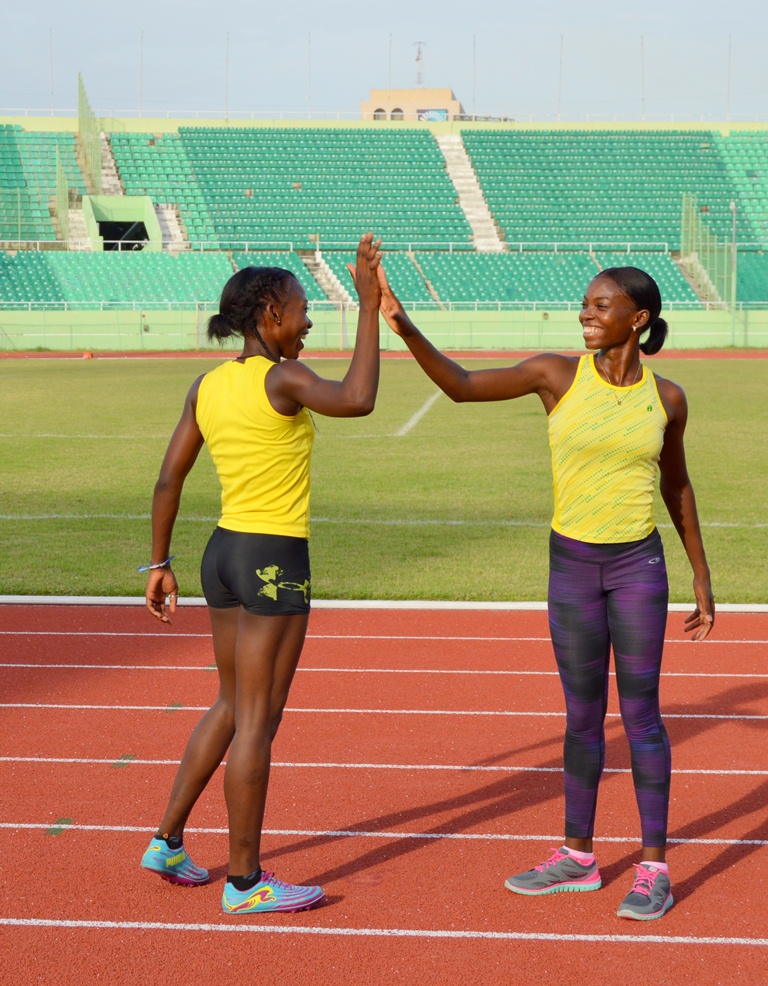