On May 23rd, the 20th annual National Week of Basic Schools, organized and hosted by the Ministry of Education in Senegal, launched its theme "Communities and partners mobilize to support schools to improve reading performance" as part of its mobilization of stakeholders and school partners across the country. 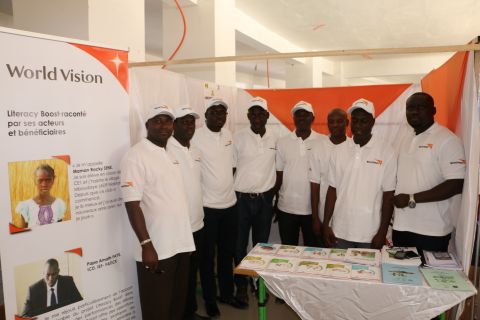 Honored guest the Minister of Education Serigne Mbaye Thiam attended "The Heart of the city of Kaolack" event along with Serigne Mboup who sponsored the ceremony, which was organized in partnership with the Academy Inspector of Kaolack, Mr. Amadou Kone, educational and administrative authorities, elected officials and all education stakeholders in the Kaolack region. Other prominent partners in attendance included World Vision Senegal, USAID, Handicap International, Plan Senegal, Sightsavers and JICA. 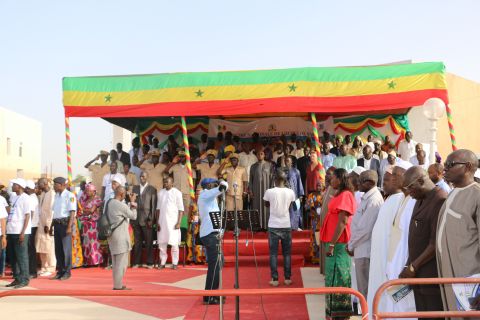 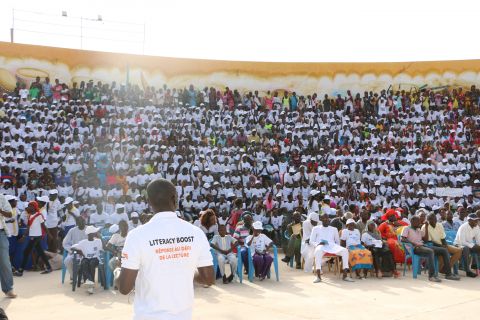 World Vision Senegal was pleased to participate in the 20th edition by hosting a pavilion stand that featured some of the NGO's achievements, including two model projects, E-MiLe (Multilingual Education) and Literacy Boost. It was encouraging to receive feedback from institutional and community partners unanimously acknowledging the remarkable contributions of World Vision Senegal to the education sector.

While equal access to education and quality training remain major challenges within Senegal, World Vision Senegal works in conjunction with the efforts of the State, local authorities and other community partners to ensure quality teaching and learning, while bringing innovative ideas and improving efficiency. To this effect, one of its key achievements in the field of education is implementing model project approaches and supporting the mechanisms of monitoring and supervision of teachers in preschool, primary and secondary cycles. 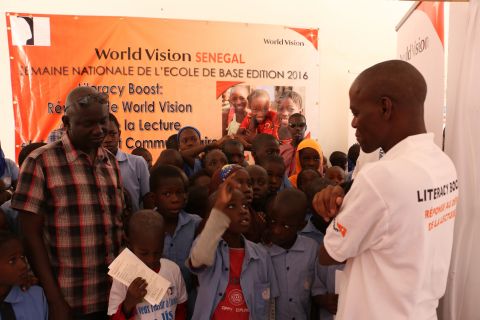 The E-MiLe (Multilingual Education) project was implemented over a five-year period from 2010 to 2014. World Vision Senegal and its partners, including the National Office of Catholic Education (ONECS), the International Society of Linguistics (SIL) and IEF of Fatick and Diofior, introduced multilingual education in primary schools to improve mastery of academic knowledge through local languages. It has helped to clarify and overcome some of challenges of the introducing national languages into the Senegalese educational system. The E-MiLe project is being implemented in 11 schools. 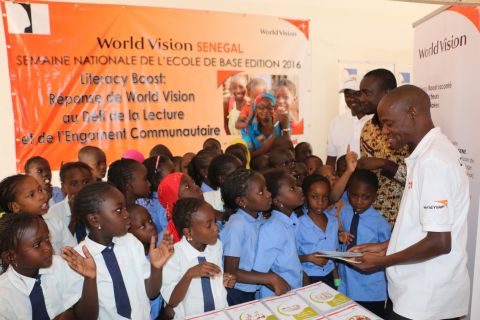 World Vision Senegal also implemented Literacy Boost, a worldwide project which aims to enable millions of children to master reading. Literacy Boost is a programmatic approach to education which seeks to stimulate the reading ability of primary school students through improved knowledge of the alphabets, phonemic awareness, vocabulary enrichment, fluency and comprehension.

By strengthening the voice of local communities through the creation of reading material and empowering parents to monitor and track their children’s education progress, Literacy Boost builds bridges between the school and the community. This project is now being implemented by World Vision Senegal in the regions of Fatick and Kédougou. 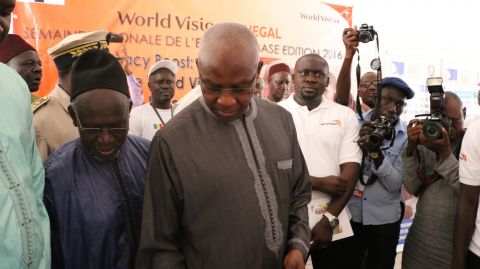 Upon arrival at the National Week of Basic Education ceremony, Minister of Education Serigne Mbaye Thiam and his delegation visited the stands of exhibitors and took particular note of the information shared by World Vision Senegal. Robert Cabou, coordinator of the Literacy Boost project, briefed the Minister and his delegation on the objectives and gave an overview of the project. In response, Minister Serigne Mbaye Thiam commended the remarkable work that World Vision has accomplished for years in the field of education, particularly with flagship projects such as Literacy Boost and E-MiLe, and acknowledging World Vision’s effective performances.

Visitors to the World Vision stand 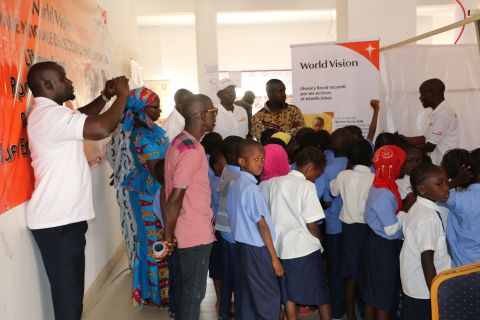 During the morning leading up to the ceremony, the World Vision booth welcomed many visitors, including teachers from various academic inspectorates of the region, retirees, the population of Kaolack, partners, education advisors, NGOs such as Plan International, local journalists, and students of the Collège de Valdiodio Ndiaye in Kaolack as well as students from the Mbutu Soow private school of Kaolack. 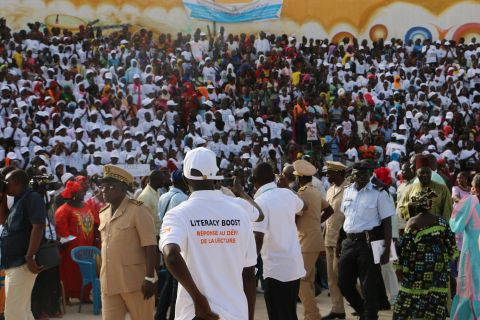 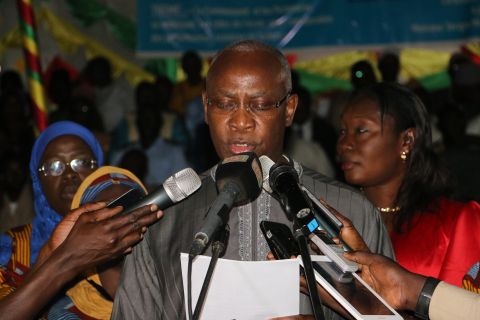 In his address, the Minister acknowledged the commitment partners in the field and their efficient collaboration with academic inspectorates. He invited the actors and partners in education to understand the importance of the chosen theme: "Communities and partners mobilize to support schools to improve reading performance". Mr. Thiam then explained the value and urgency that reading plays in improving the quality of our educational system, as well as in enhancing the completion rates of primary education.

The Minister seized the opportunity to encourage thousands of students present at the ceremony to focus on reading as a prerequisite for opening up the world, also enhancing the rebirth and mastery of values and norms. He reaffirmed the commitment of the State of Senegal to work alongside partners in order to improve school performance in reading. 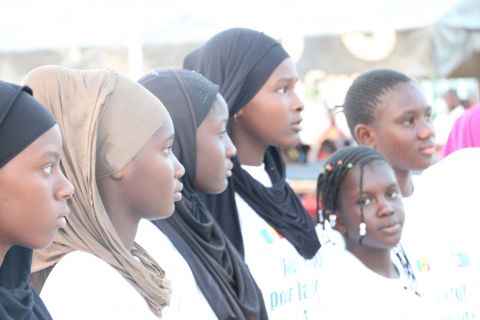 During the ceremony, songs and dancing provided by cheerleaders of the Collège de Valdiodio Ndiaye, and other local artists accompanied various presentations and theatrical skits on reading. Is this the correct translation ? I wasn’t aware they had cheerleaders here. 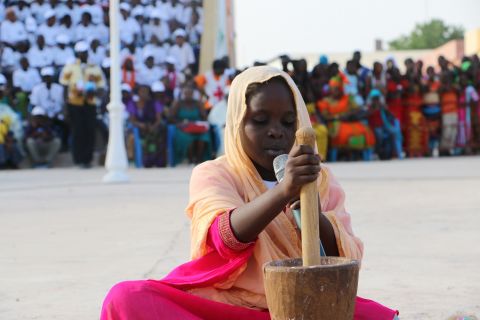