Often, we overlook child marriage as someone else’s issue. As long as it doesn’t affect us, responding with indifference.

I have to admit that I used to be have that attitude. But, on my recent visit to Morang, a district located in the eastern plains of Nepal, I heard so many first-hand accounts of child marriage that I was really moved. These stories are the voices of girls from marginalised communities facing real-life challenges after having married early. To begin with, here are two of the stories, in their own words: 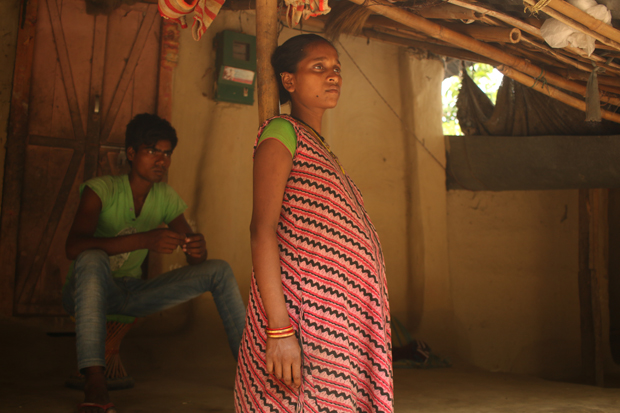 “I am 19 and have been married to my husband for four years now. We met, fell in love and decided to marry. In the following year, I gave birth to a baby who looked healthy at birth but as soon as we brought the baby home, it turned pale and died that very night. Unfortunately, my second baby similarly passed away. This has actually been a pattern in my family. I have two sisters who got married before 18, and both of them lost two babies each. It was very strange, and I was left heartbroken. As if that weren’t enough, villagers around me began telling me that a curse had fallen on my home because we had crossed the local river to visit the hospital. I’m now in the ninth month of my third pregnancy and this time I’m taking no chances. I haven’t visited the hospital even once and don’t plan to. All the more because the witch doctor I visited advised me not to. There are times when I feel weak, but I hope my baby makes it this time. My health and family aside, I think it is better not to marry early because you are young and you don’t know much. I have experienced this myself.” -Ganga*, 19 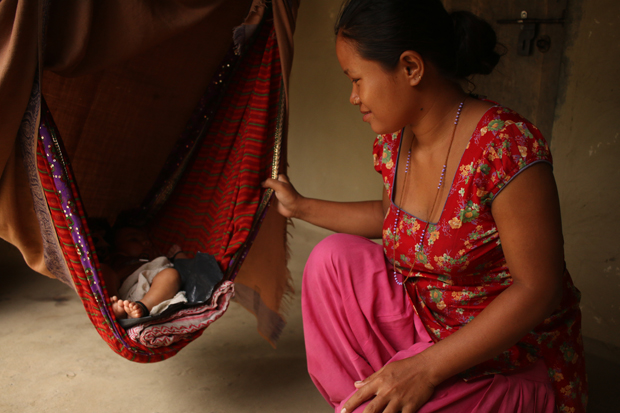 “It has always been tough at home. With my mother abroad, I had to manage the house for my younger siblings. At 17, I got married; it felt natural to do so because I wanted a way out of my responsibilities at home. I was studying in class five then and decided to discontinue studies. Little did I know that things at my new home would be no different. Not that my in-laws treated me inadequately, but you know, as a daughter-in-law you are expected to help out at home. My husband works hard as a daily-wage labourer, taking whatever work he can get to meet the family expenses. A year after marrying, I went into early labour in my seventh month of pregnancy; I was quickly referred to the district hospital from the local health post. At the hospital, I gave birth to an underweight, anaemic baby who barely weighed 1.5 kilos. She was kept in intensive care for a few days but didn’t make it. The doctors told me that the baby had swallowed dirt in the womb which further lessened her chances of staying alive. This took a toll on me and I was in indescribable agony for years after that. This year, I got pregnant again and had to undergo surgery at the hospital. After the surgery, I have been facing severe pain and backaches for which I am on medication. But, I am glad that my daughter is healthy although I am being careful about taking care of her. Looking back now, I think I was too young to get married or bear a child. I hope nobody has to undergo the pain I experienced.” -Rita*, 21

Ganga* and Rita* are just two examples to illustrate the seriousness of this issue. Child marriage, as much as being a social issue, is also an economic one. Its impact goes far beyond individuals and their families. We know that girls who marry early are less likely to continue their studies and very likely to undergo child-birth. According to the Economic Impacts of Child Marriage report published by the World Bank and the International Centre for Research on Women in June 2017, child marriage is estimated to cost developing countries trillions of dollars by 2030.

WHY SHOULD WE TALK ABOUT IT?

Because Nepal is among the ten countries in the world with the highest rate of child marriage and the third highest in Asia, after Bangladesh and India. Because over one third of Nepali girls—37%—marry before the age of 18 (UNICEF's The State of the World’s Children Report, 2016). Because although the government has taken some steps to reducing child marriage in Nepal, much work remains to be done on its implementation and enforcement. Because the change needs to come from you and me, we can do more than we think. And, because, we are humans, we ought to care.