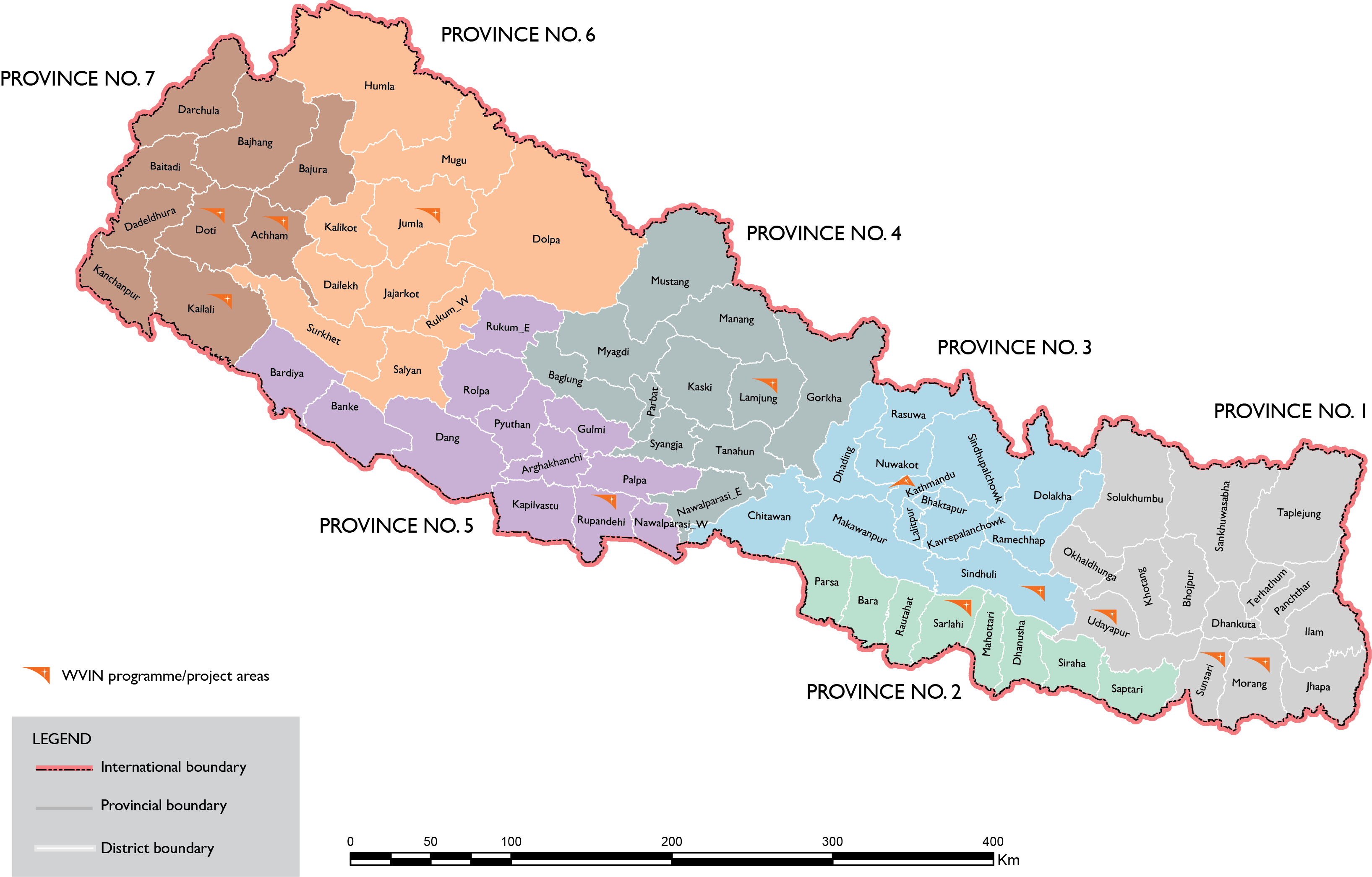 Over the past years, World Vision International Nepal (WVIN) has worked for the well-being of children partnering with communities in 14 districts of Nepal. At present, WVIN's development programme is being implemented in 12 districts namely Achham, Doti, Jumla, Kathmandu, Kailali, Lamjung, Morang, Rupandehi, Sunsari, Sarlahi, Sindhuli and Udayapur with a goal to address the causes of poverty and inequity for the sustained well-being of 1 million children.