More than 60 percent of Hondurans lives below the poverty line. Single parents--grandmothers or mothers--head most households because their husbands are working abroad. Poverty creates a breeding ground for drugs, gangs, and crime. In 2015, World Vision piloted an innovative project in Honduras’s capital city, Tegucigalpa. Entrepreneurship and Employment with Technology gives children a boost with technology skills and new ways of thinking. World Vision's intensive technology training lab aims to reclaim neighborhood territory from hardships such poverty, single parent homes, teen pregnancies, gang violence, and drugs.  The lab provides a safe space for children to learn about computer repair, the Internet, and to get training on creative and professional software. The programme focuses on entrepreneurial business development so young people have access to practical skills around technology.  As part of the programme, World Vision installed computer labs in schools and equipped 145 teachers to instruct nearly 1,000 students on how to use and repair computers. It was a first for many of the students, who had previously learned about computers just by looking at pictures. Today, students speak with confidence about software such as Microsoft Excel, Adobe Dreamweaver, and Adobe Photoshop. 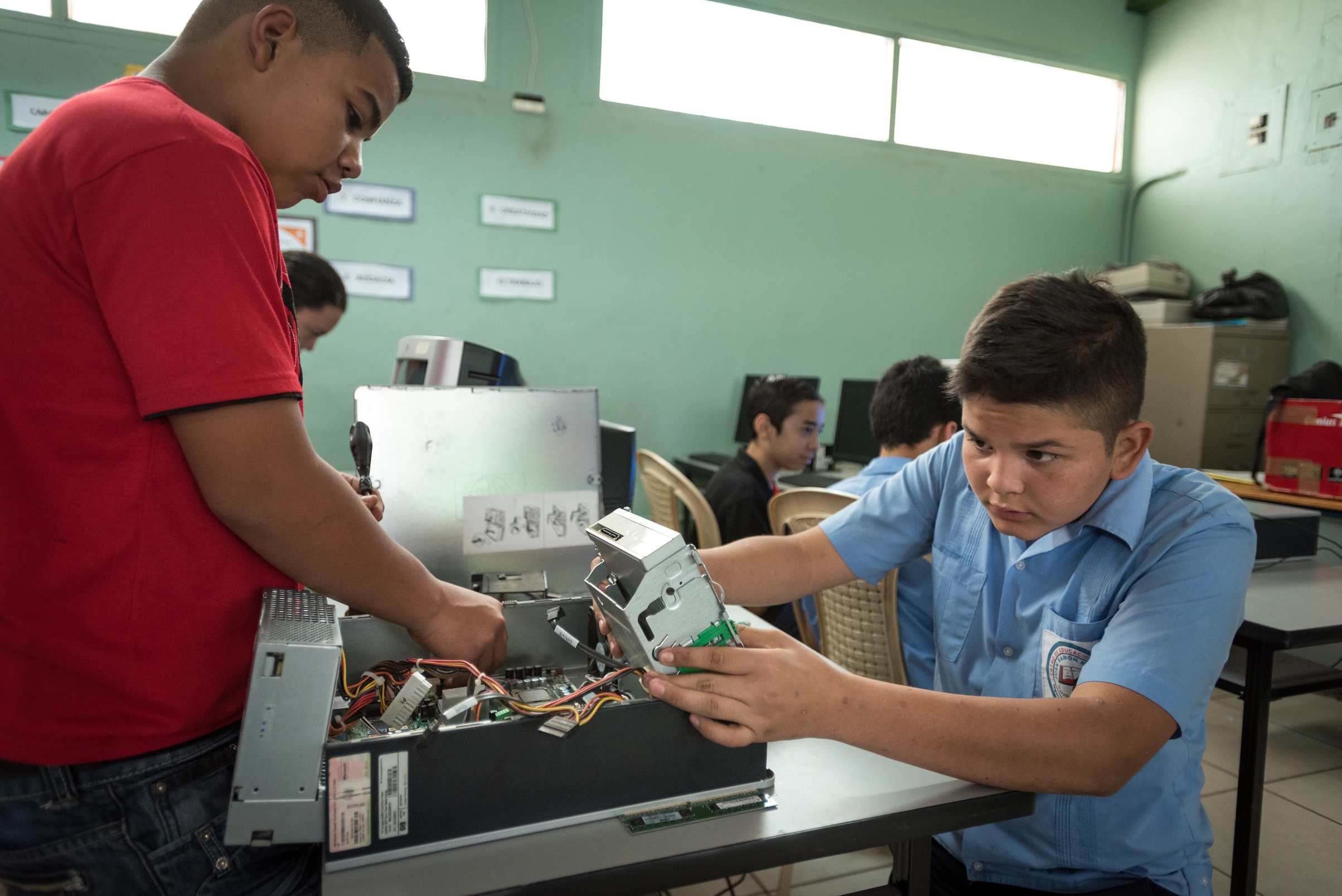 Enil Gomez, 15, a student at Carlos Flores school, says the programme changed his life. “I was on the wrong pathway,” he says. “After the courses, I said to myself, ‘I want to change my thinking and help others.’” Enil has become a positive role model for his four younger brothers. He has new dreams. No longer does he want to be a soldier, which he thought was his only option. Now he wants to become a teacher and work with young people. One reason for this is his teacher, Rebecca Sevilla, 54, who is really enthusiastic about the project. “She loves to teach a lot,” he says. “Now I’m a technology teacher,” says Rebecca with pride. Before, she says, she didn’t have the tools she needed to teach technology. “Honduras did not give me the tools. World Vision did. It was like heaven,” she says. 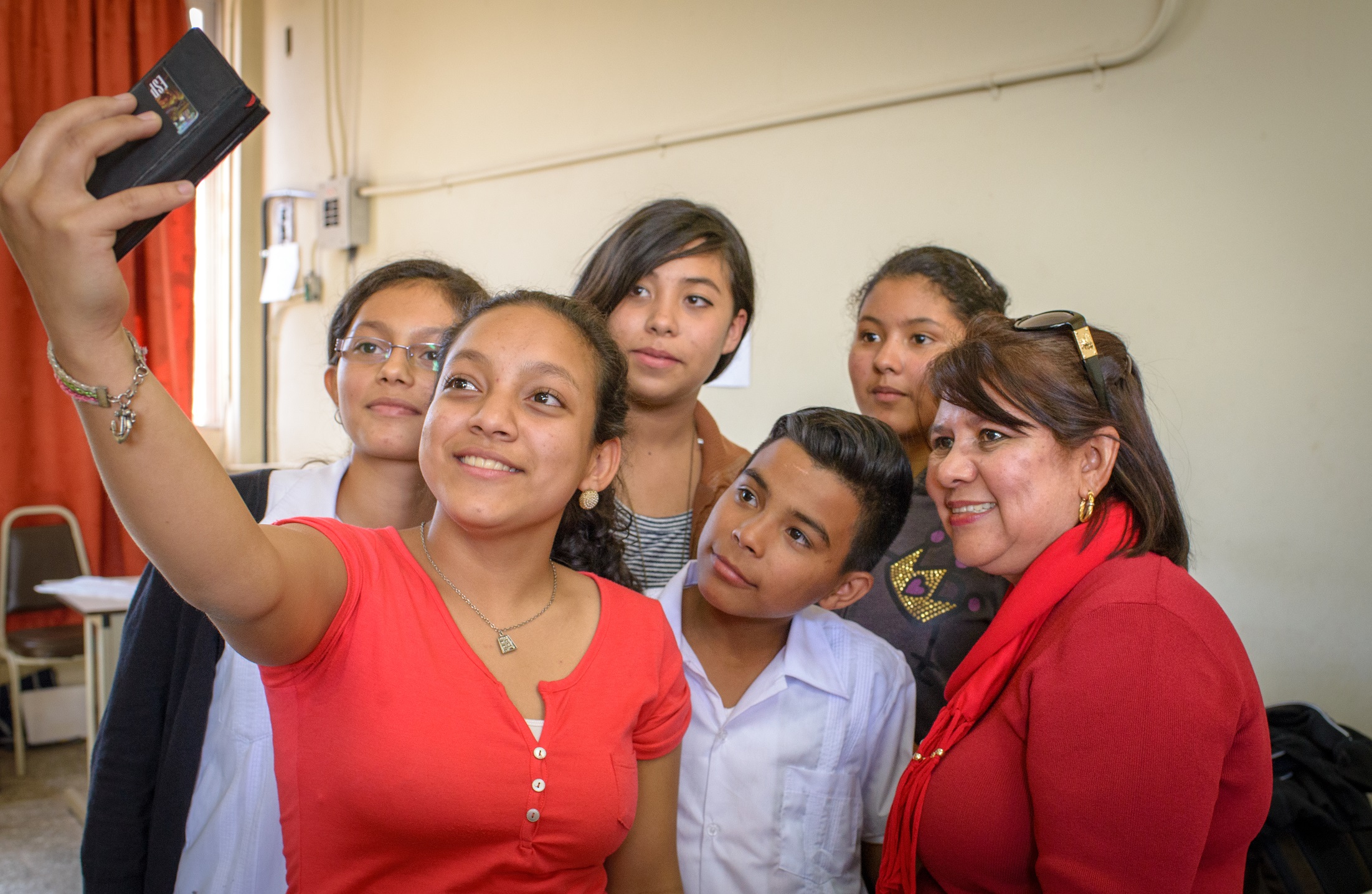 Rebecca started teaching students entrepreneurial skills and challenged them to think outside the box when it came to their future. As a result, some students started small businesses at school, selling candies and fruit. “I really learned how a company works,” says Nancy Mungia, 14. “[Before] I didn’t know how you can invest money and how to speak in public.” The students learned to launch and market products.  “I didn’t have a goal,” says Eduardo Meraz, 14, “but now I want to study business administration.” Eduardo hopes to own a car dealership someday, a dream for tomorrow spurred by everything he’s learning today.