South Sudan experienced heightened multiple shocks as the COVID-19 pandemic plowed on through 2021. That compounded the suffering of its over 12 million population, but these debilitating challenges did not deter World Vision from fulfilling our commitment and Our Promise to South Sudan's children.

The accomplishments in our 2021 Annual Report are fruits of joint, collaborative efforts with our various partners, donors and stakeholders.

Give peace a chance this 2022 Bhan appeals, "An elder said that to forgive someone is to forgive yourself. That touched me deeply."

Let's pursue better support for girls' hygiene and well-being this 2022. "There is need for strong political will to develop better menstrual hygiene management that address the girls’ issues in schools and public spaces.”

Changing mindsets: Over 600 farmers and cattle keepers were organized into groups as they learned about improved forage production and conservation of resources. “In our community, children do not go to school because they are made to watch over animals "

World Vision’s Rapid Response Mechanism (RRM) Project in partnership with the World Food Programme (WFP) supports 193,131 internally-displaced people during the lean season living in the most remote corners of South Sudan’s three counties in 19 different locations. The various delivery modes such as air drops, river deliveries as well as inland by trucks mean that the team has to adopt to various, and very volatile, operating environments.

World Vision has been working in South Sudan since 1989 and has served over 1.3 million people, more than 600,000 of them children, through our humanitarian work. Our operations cover four major zones: Juba, Upper Nile, Warrap, and Western Equatoria.

We were one of the few organizations that provided assistance during the war to the displaced populations in what was then the Southern Sudan region of Sudan, until after the birth of the Republic of South Sudan on 9 July 2011.

The widespread violence during the country’s 5th anniversary of independence made the humanitarian emergency even worse. Food insecurity continues to plague over 7 million people and a recent UN report stated that an estimated 360,000 children under five suffer severe malnutrition.

Today, World Vision's humanitarian assistance has reached out to over 1.5 million people in need through various initiatives such as food security and livelihood, health and nutrition, protection, education, water, sanitation and hygiene among others. 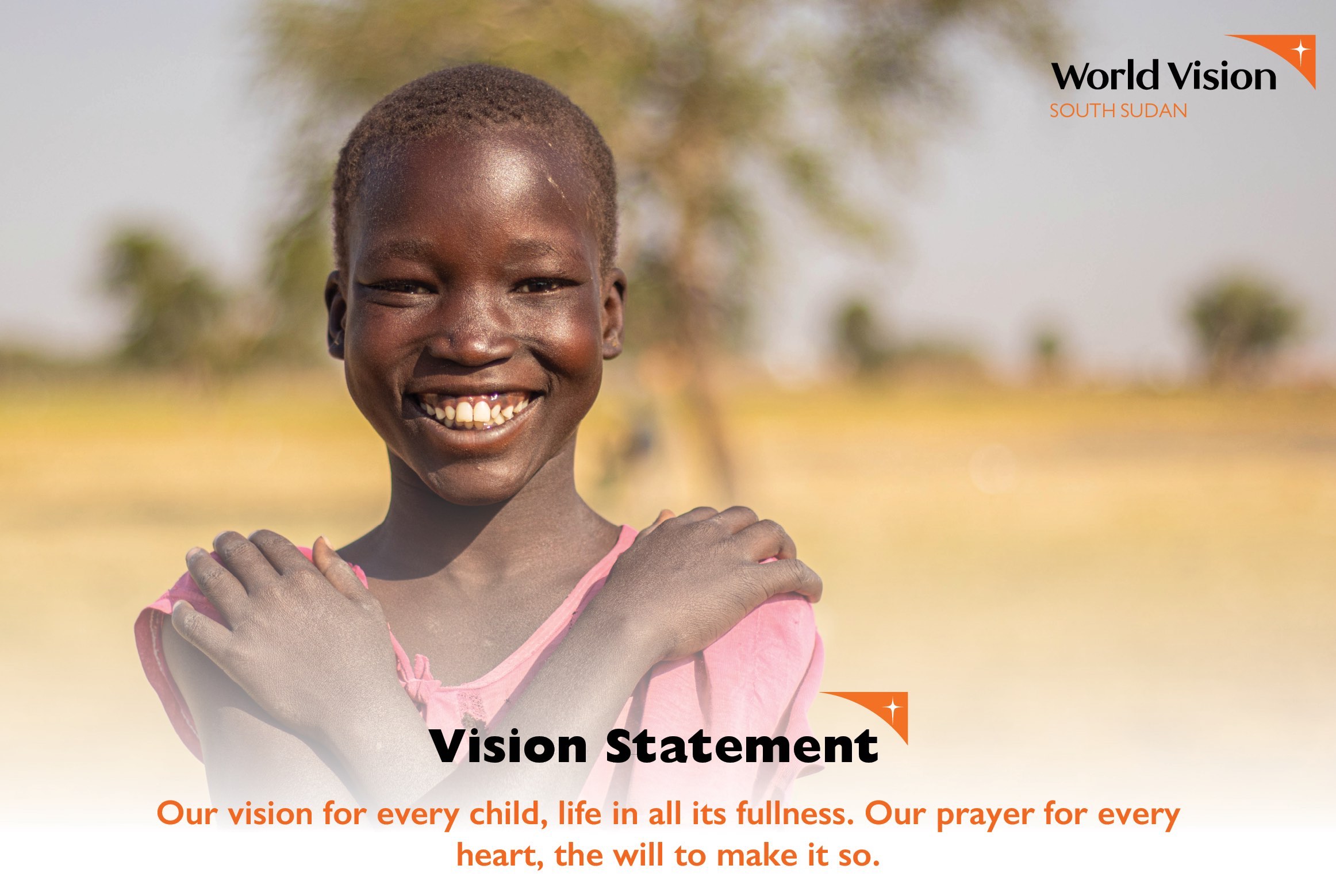 The Hunger Crisis: South Sudan battles one of its worst food insecurities

The East Africa Hunger Emergency Response in South Sudan has a target of 1,706,704 people, approximately 90,000 of these are internally displaced persons (IDPs). It spans over an operational area covering four of the 10 states in South Sudan, most critical are the areas that are now facing serious flooding mostly in Upper Nile, Warrap, and Northern Bahr el Ghazal states.

Education is among the hardest hit sectors when COVID-19 hit South Sudan in 2020. As soon as the lockdown was imposed and schools were close, many children felt doors to their future closed. A UN report estimated that around two million children in primary and secondary schools were deprived of learning opportunity. The report further states that this is in addition to the over 2.2 million who were already out of school due to poverty and many other reasons plaguing the country. 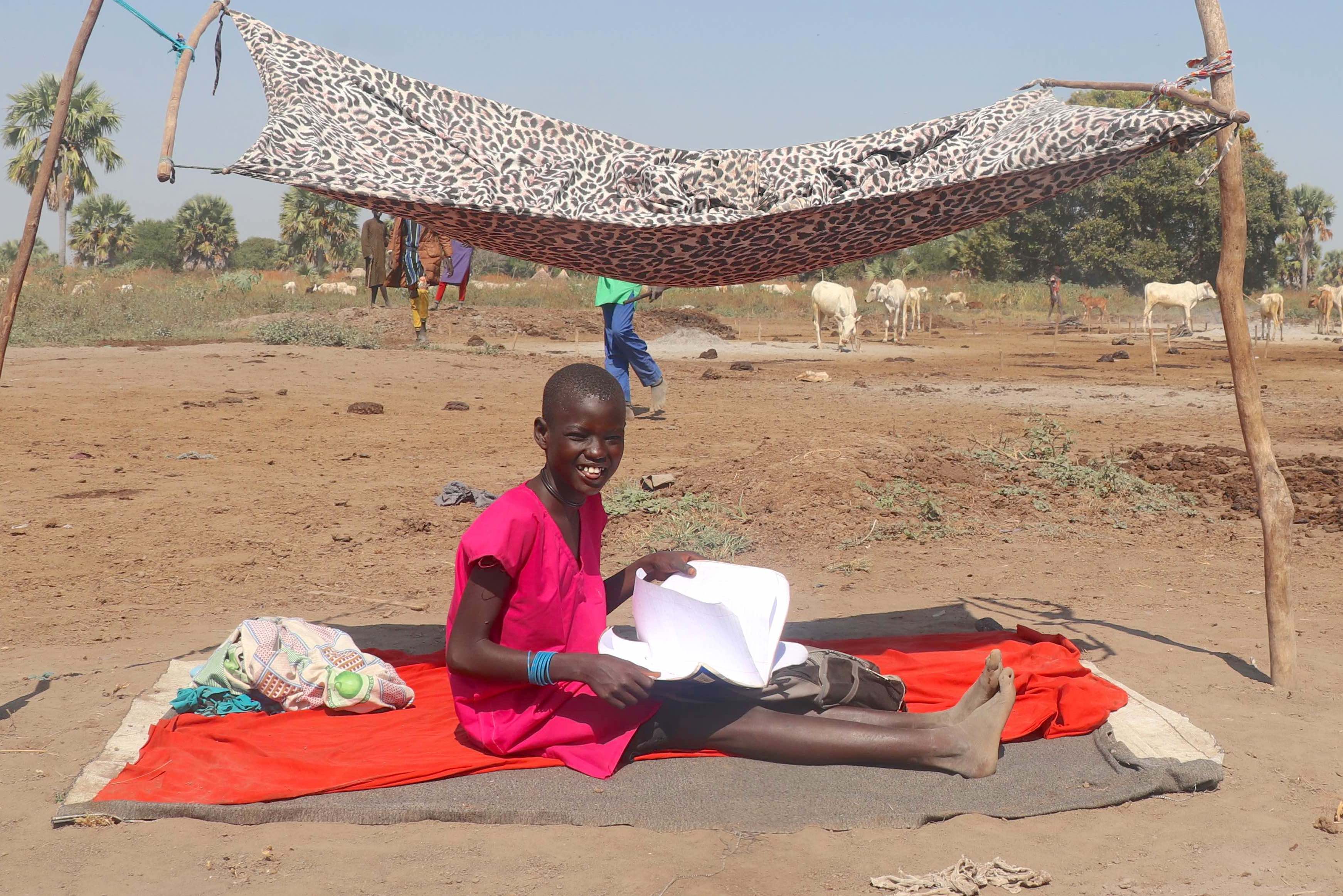 We have provided over 212,000 people with clean water in South Sudan. Apart from promoting good health and hygiene, these girls will no longer have to walk for miles to get their supply. It is right next to their houses.

With hot and healthy food served in school meal program, children like Kon can focus on their studies and learn more. It looks yummy!

World Vision has over 1,000 staff working in four zones in South Sudan: Juba, Upper Nile, Warrap and Western Equatoria. Working in a fragile context not only requires competence and skills it also requires commitment and courage. 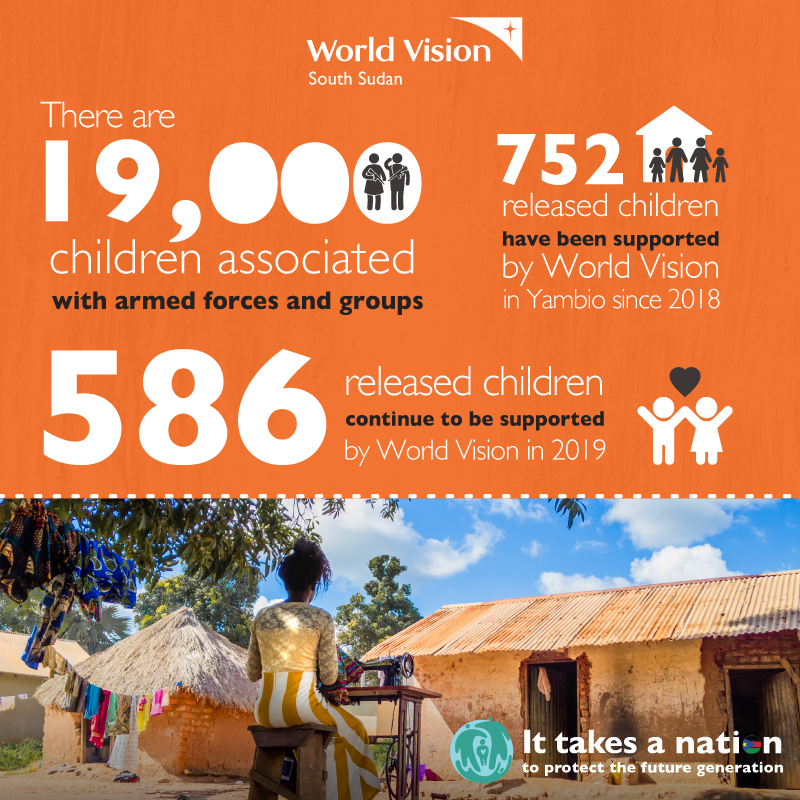 It Takes A Nation

To Protect a Future Generation

More than 19,000 South Sudanese children are associated with armed groups and the long-running conflict. This has to stop. Watch Nancy's story.

Inspiring church members to get vaccinated

As both a nurse and pastor, Jane Dudu encourages congregants to get vaccinated against COVID-19.
Read more

Aluel, a conflict-displaced mother, and her four children face yet another displacement due to floods in Warrap State.
Read more

One Year On: World Vision response to the hunger crisis in South Sudan

The status of education in South Sudan: A case study