Mitigating the effects of COVID-19 on literacy in Malawi

World Vision implements education activities in over 300 primary schools and 950 early childhood development centres across Malawi’s north, central and southern regions; supporting more than 306,000 girls and boys between the ages of three and nine. To address the additional challenges of COVID-19, we adapted our traditional literacy programming, developing interventions to strengthen the capacity of caregivers to lead their children’s education.

Young Malawians adopt clean energy to save the planet

Armed with waste paper and sawdust, members of Nkhusu Youth Club in Mchinji are seeking gains in clean energy while at the same protecting the environment.

With limited economic opportunities and rising poverty emerging as a persistent challenge in the area, the youth members feel that more can be done to reap from using clean energy sources such as paper briquettes.

A much-anticipated Gender Equality and Social Inclusion (GESI) Learning Forum recently took place in Lilongwe, Malawi, with delegates from 11 countries exchanging ideas and best practices. Presiding over the opening ceremony of the conference, Hon. Dr. Patricia Kaliati, Malawi's Minister of Gender, Social Welfare and Community Development applauded World Vision for its impactful interventions implemented across the world and the continued spirit of learning.

When Yamikani went to sleep at his grandmother’s place, all was well. Before he left, he and his siblings had eaten nsima (a mix of maize flour and hot water) for supper, prepared by their mother. Earlier in the day, his father had helped him with his mathematics homework, assigned by teacher Banda in his Standard 2 class.

But that was the last time he would be in his father’s house again, as floods induced by Tropical Storm Anna swept through his village, washing away everything on their way to the Shire River.

Malawi's Country Coordinating Mechanism, a local body that oversees implementation of Global Fund grants in Malawi, along with learners from around Mangochi district, have commended communities in Nkhata Bay, Balaka and Mangochi for embracing the Indoor Residual Spray (IRS) campaign towards ending malaria.

World Vision's new strategy is a roadmap that seeks to transform the lives of 6.5 million vulnerable children in Malawi.

Building on the work that we have done in Malawi since 1982, we will maintain implementation of interventions across all 29 districts of Malawi through sponsorship and other grant-funded projects.

Malawi President, Dr. Lazarus Chakwera has commended World Vision for championing youth-centred mindset change and other impactful interventions in the country. In his remarks, the President singled out World Vision's support in the fight against malaria as the organisation has safeguarded nearly 2 million people from malaria in Mangochi, Balaka and Nkhata Bay districts where an Indoor Residual Spray (IRS) project is being implemented.

In an event held at Chigodi Community Day Secondary School in Lilongwe, parliamentarians including the Speaker of the National Assembly, Catherine Gotani Hara, challenged girls to rise above their fears while also pushing teachers to do their best to give all children a chance. Attired in different school uniforms, reminiscent of their schooling days, the 28 female Members of Parliament (MPs) told children stories of how they overcame adversity to attain their goals.

This landlocked country, is bordered by Zambia, Mozambique and Tanzania. Since 1994, Malawi has been a democracy and held elections. However, the economy has not grown fast enough to lift people out of poverty.

Our teams have been working in Malawi since 1982. We partner with local actors and the Government to improve the well- being of children, especially the children and the most vulnerable. 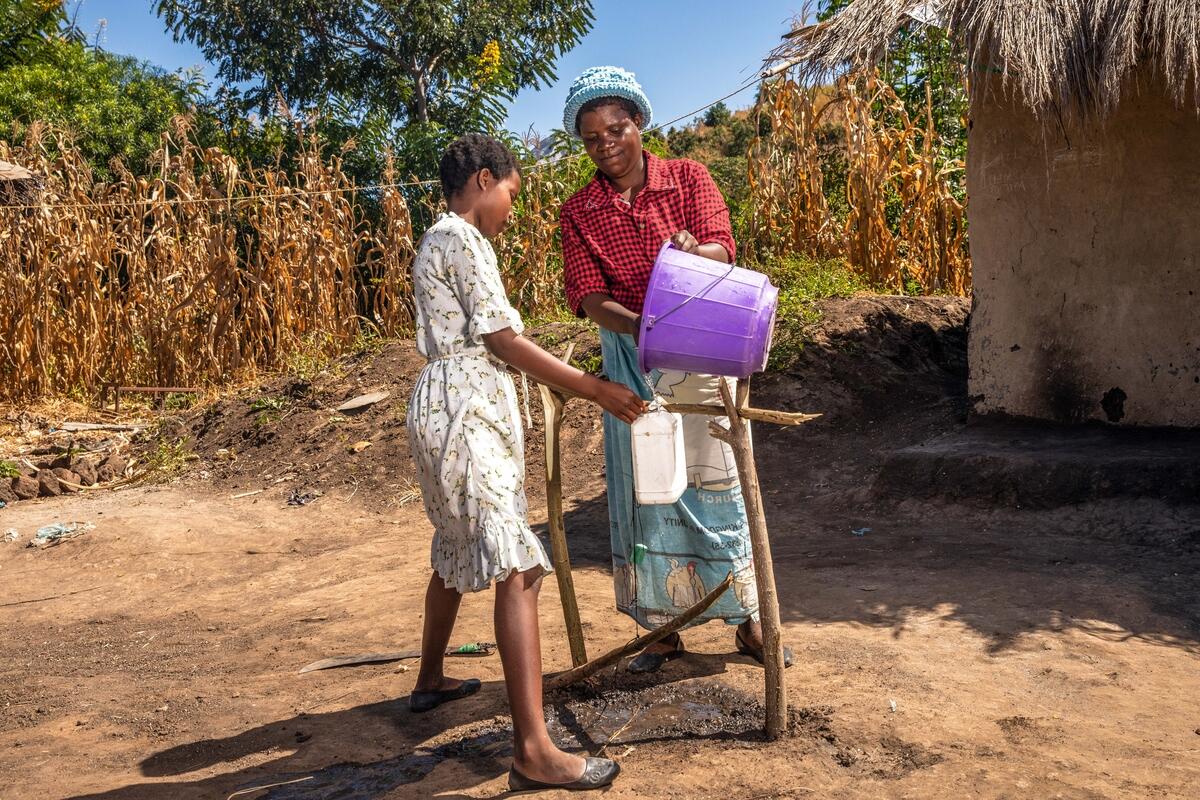 Surviving a pandemic: How are children in Malawi coping in the COVID-19 era?

COVID-19 poses a grave threat to children in Africa and the rest of the world, both because of the severity of the disease, and its secondary impacts.

Hear from 10-year-old Vanessa from Malawi on how the pandemic has changed life in her community.

See how we are working in Malawi to make a positive change in the lives of children and their communities. 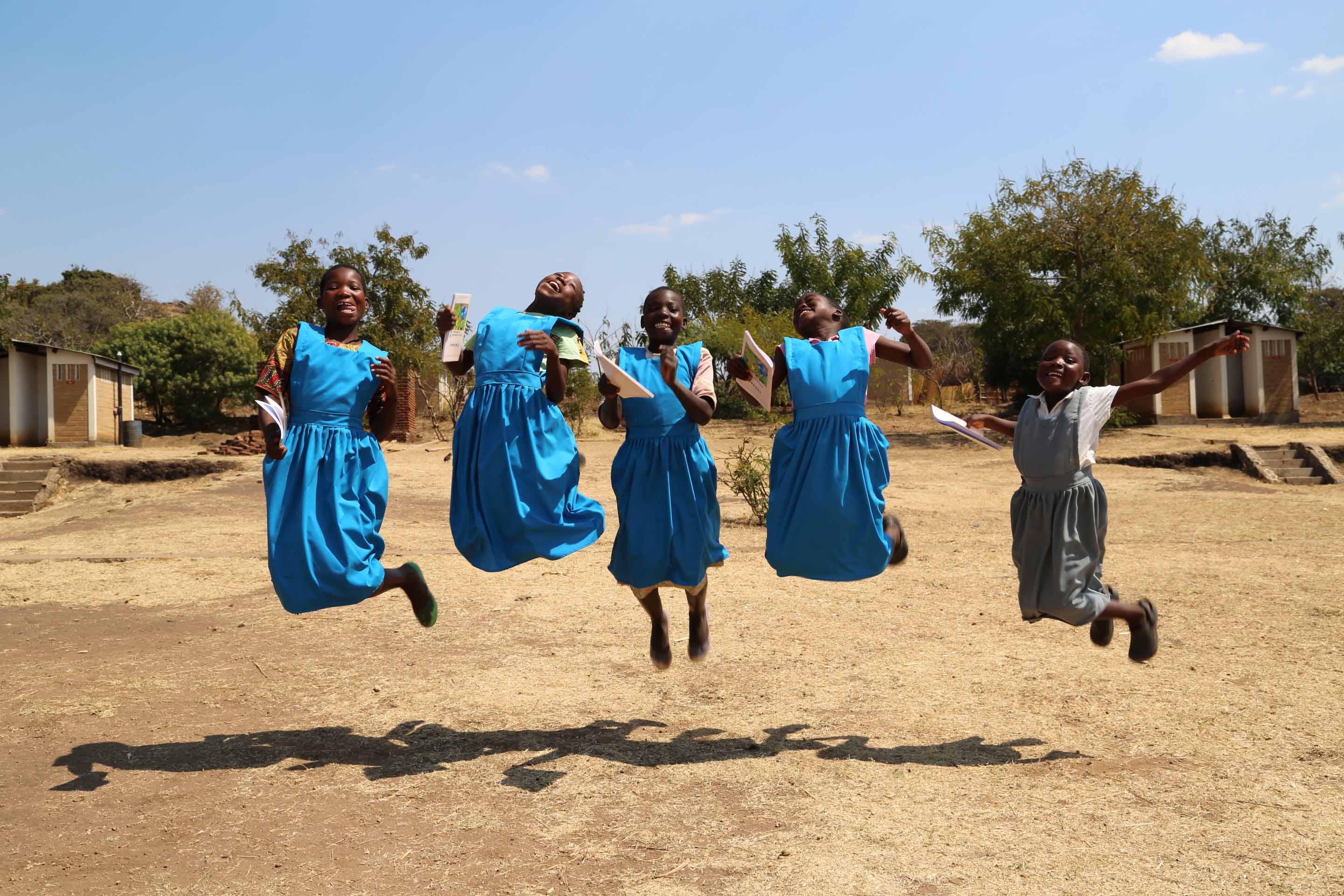 Child marriage is an evil and a crime. It pushes children, especially girls, into poverty and sometimes death. It can and must be stopped.

Cholera outbreak in Malawi has hit the worst record in a decade with over 1,000 deaths recorded so far. World Vision in Partnership with NICO Group has made a donation of medical supplies to 4 health centres across the country to help cushion the situation. The donation is worth $20, 000.
Read more

A Community in grief as cholera wreaks havoc in Malawi

Malawi has declared an emergency following a spike in cholera.
Read more

The Caregiver Homeschooling Instruction Program: Mitigating the effects of COVID-19 on literacy in Malawi

Changing lives of children in Malawi and across the World