On Wednesday, July 24, 2019, World Vision’s teams in the Democratic Republic of Congo, in partnership with the Denise Nyakeru Tshisekedi Foundation, launched a campaign to end the exploitation and worst forms of child labour in the Democratic Republic of Congo. This campaign is designed to "reduce the exploitation and the worst forms of child labor in the DRC by 2023 by mobilizing Congolese actors at all levels.

The inaugral event was attended by the wife of the Head of State, Mrs. Denise Nyakeru Tshisekedi (who is also a sponsor of this campaign),Chantal Safou the Minister of gender, family and children, Florent Booto the UNICEF-DRC officer, the relevant public actors, associations of civil society, the media in addition, parents and children parliamentarians from different provinces. 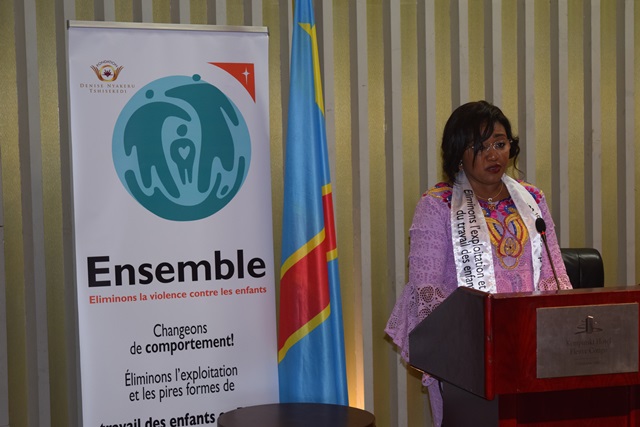 She also argued that children are the future of the country. "We have a heavy responsibility to offer them a better future,” she said. “As a mother, I will not accept that this innocence continues to be troubled," she concluded.

For her part, the Minister of Gender, Family and Children said she was convinced that development actors have reason to believe in the outcome of this fight. "Together we can mobilize funds for the progress of our children," suggested Chantal Safou, who has not failed to encourage World Vision in its quest for excellence. 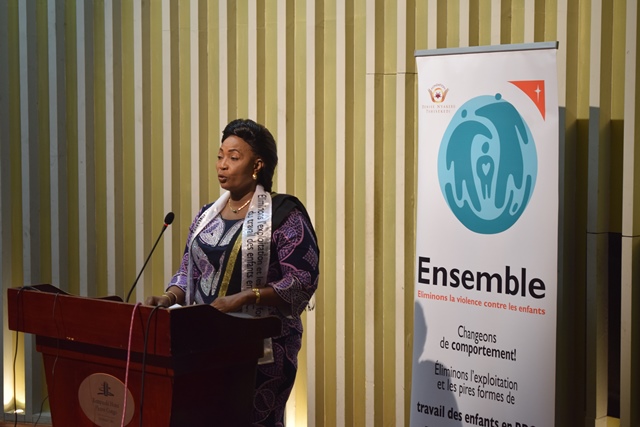 For Marie Connor, the director of World Vision’s programmes in the Democtratic Republic of Congo, this new campaign addresses a problem that affects more than one billion children every year in every country. According to Connor, this is a problem that not only harms every child, it also compromises their future survival, health and education.

In response to the need to protect children, World Vision has launched a vibrant appeal and public plea to the President of the Republic, the First Lady, the Government and all levels of decision-making and action to put an end to exploitation and the worst forms of violence against children in the DRC, including economic and sexual exploitation, forced recruitment and use of children in armed groups and child labour in the mining sector. 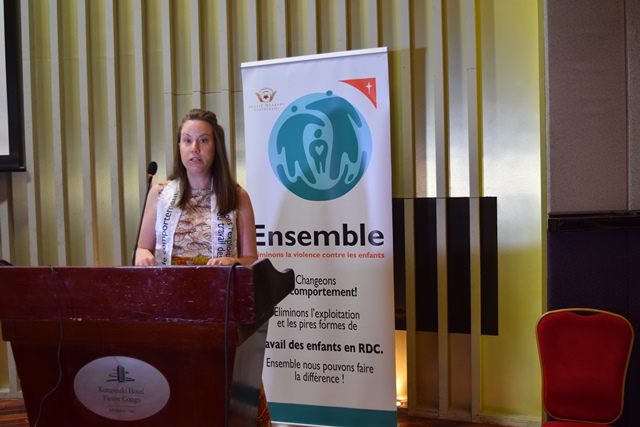 In addition, Connor called on the public to imagine a better future with attention to the struggle of subjugated groups and a strong commitment to abolish all forms of violence that deny the freedom and dignity of children and communities and the right basic of citizenship in the DRC. "We believe that violence against children is a violation of life that God desires for every child. We believe that a world without violence against children is possible, "she said.

Florent Booto, the protection officer in the UNICEF-DRC office said that the situation of the children is alarming. He pointed out that in the DRC, 22% of children work every day and almost 17% work in conditions considered dangerous.

He emphasized the need to strengthen local basic systems and community work to prevent and identify problems in order to develop targeted approaches for children and their families. He emphasized that these efforts will bear fruit only with the help of everyone.

The cry of the children was read by Florentine, who recommends to the Government in particular to prioritize the protection of children and to allocate a budget for activities to do so. 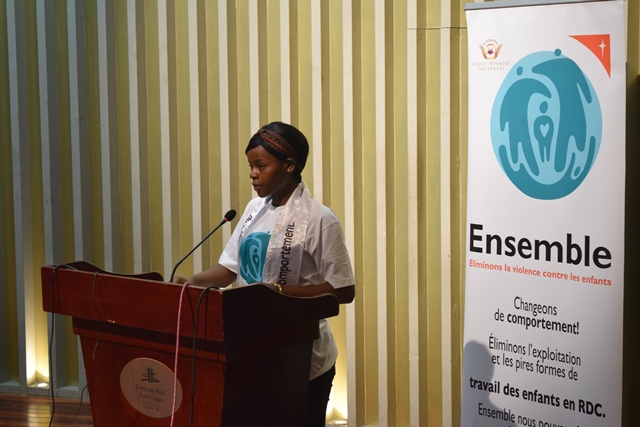