A few days after the war broke out, Volodymir decided to take his family, composed of wife Tetyana, six-year-old daughter Emilia and nine-year-old Yeva. From Kyiv, they moved to Chernivtsi, located in the western part of Ukraine near the Romanian border.

What the family thought was a temporary refuge became longer as they wait for the situation to improve. They were among the thousands, out of over seven million displaced people, who fled for safety in many neighbouring cities like Chernivtsi.

They were not completely out of reach from the impact of the war, as air raid alarms meant to alert people from shelling or other hazards and proceed to the bunker for safety, continued to hound their daily lives.

Emilia said, “I am not afraid of air alarms, but they make me very sad.” The schools were then closed as most children learn through online classes. Through the child-friendly spaces provided, Emilia and Yeva can play with other children to help them lead normal lives.

We want to do something for others. We want to give back in our own way as many people also supported us when we needed it.

Volodymir and Tetyana volunteered, along with around 700 people, to support the relief operations of Arms of Mercy (AOM) who is being supported by World Vision and many other organisations. Tetyana said, “We want to do something for others. We want to give back in our own way as many people also supported us when we needed it.”

Seven months after they left their home, Emilia and Yeva are back in school in Chernivtsi. But the family is praying and hopeful that very soon, they will be back in Kyiv and build their life again.

UNOCHA’s September 2022 report stated that 17.7 million Ukrainians as in need, seven million are internally displaced and 7.4 million are refugees in various European countries.

World Vision’s latest report on its humanitarian emergency operations in Georgia, Moldova, Romania and Ukraine have reached over 334,000 people, 124,648 are children. 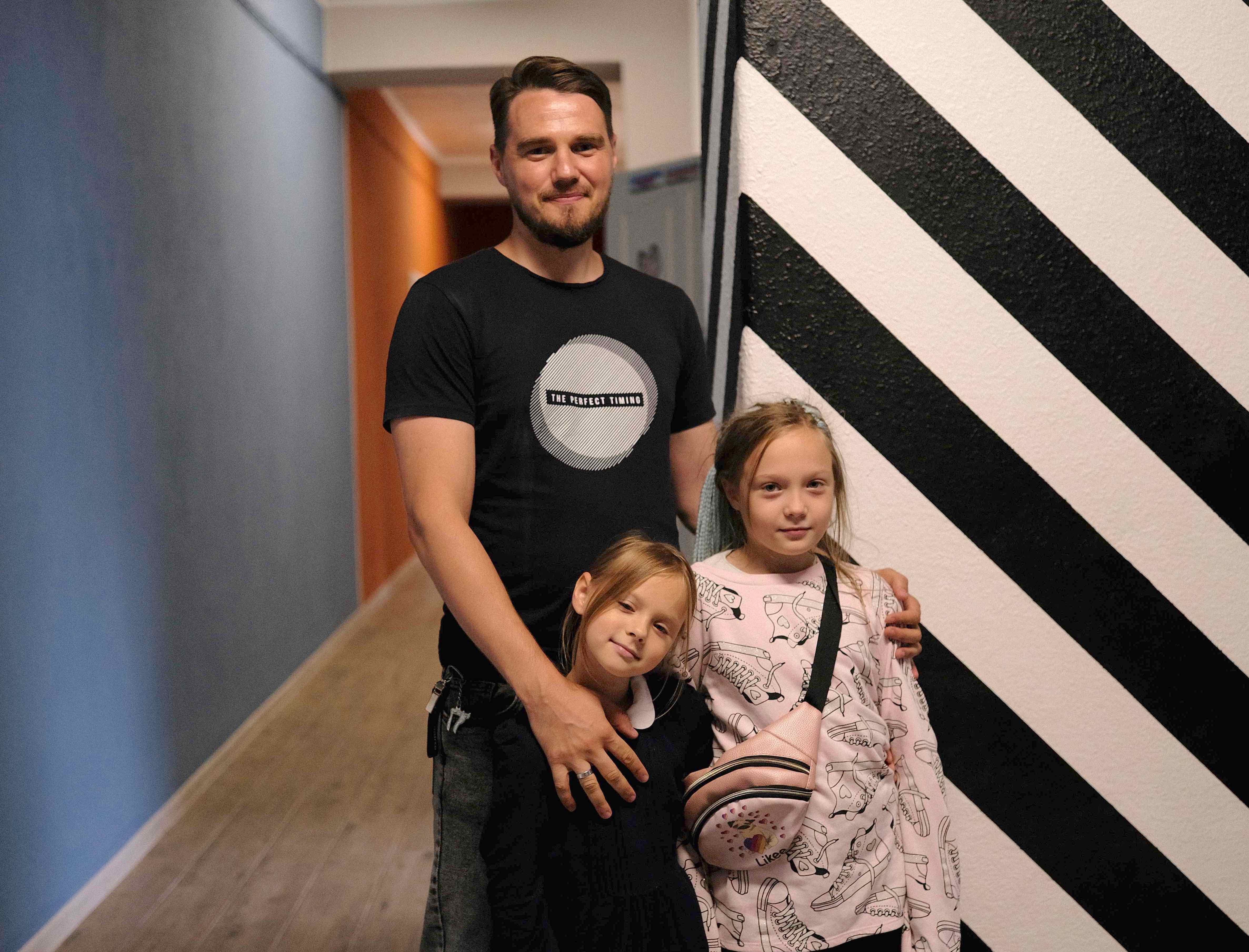