"Rumba village has seen a major change since World Vision started working with us", says Agnes.

Agnes is from Rumba village in the Kieta District of the Autonomous Region of Bougainville.

Her village is one of the 200 communities working with World Vision in PNG and its donor partners European Union (EU) and UNICEF, to improve water, sanitation and hygiene facilities and proper hygiene behaviour in selected communities under the Klinpela Komuniti Projek (KKP).

Through our intervention, each family in Rumba village now has a toilet, compared to the past.

"In the past, we used the river and other places like the bush to defecate, but now we are glad that World Vision has come", says Agnes.

She adds that project staff regularly visit the community to train members of Rumba village on the importance of better and safe hygiene practices.

As a result of the cooperative work between project staff and members of Rumba village, the village has reached its open defecation free (ODF) status and has been declared as ODF on 21st May 2021.

"In the past, children in our village had sores, scabies, and various types of skin infections, cough, and fever and would often visit the Health centre, but we no longer experience that", says Agnes.

A Health Centre next to Rumba village often has patients coming from far-flung villages but not Rumba. However, fewer children have fallen sick since our intervention, and the community received its ODF status.

"When children in our village have fever or cough, I advise mothers to steam bathe and feed their children properly, so they avoid going to the clinic", says Agnes.

Regarding the community's access to water, she says community members from Rumba have access to piped water with a Tap from the nearby river, which is accessible to all members of the community.

"For animals in our community, we have advised people to build fences to stop animals roaming around freely; you will only see a small number of chickens running around, "she adds.

Amongst those who have been instrumental in improving the Rumba community is George Nato, the son of Agnes.

As a community motivator under the project, George has played an active role in ensuring that members of the Rumba community observe and obey safe hygiene and sanitation practices within the community.

George is deaf and is unable to speak but can use sign language and actions to communicate with others.

Despite his disability, he has been the main support system that project staff have depended on whilst working in Rumba village.

Speaking on behalf of her son, Agnes says that it was probably something he (George) always wanted to do but never got the chance until our intervention.

"My son is always pushing us in the community to live healthy and for our community must always be clean, "she adds.

The KKP approach used to improve Rumba, and other communities in selected areas within the three districts in Central Bougainville is the Community-Led Total Sanitation (CLTS) component of the project.

The approach uses participatory processes, including community mapping and transect walks, to facilitate communities' analysis of their sanitation practices and faecal-oral pathways. 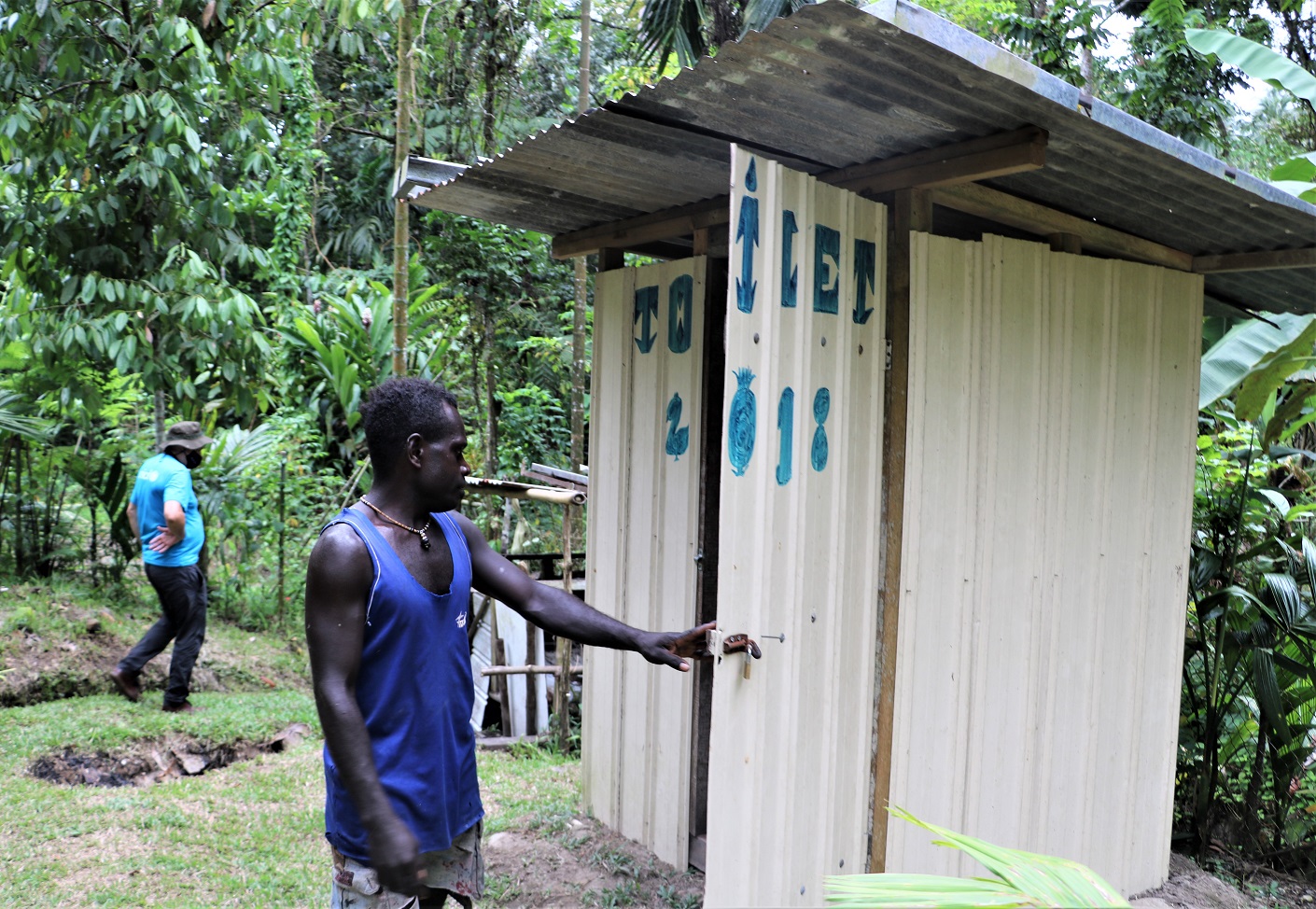 During a process called triggering, communities come to the realisation that they may be consuming their own waste (faeces – through the use of unsafe drinking water and other ways) and start taking action to become open defecation free (ODF).

"Our community has greatly changed and I'm hoping that more changes will happen as we already have our ODF signpost in front of the village", adds Agnes.

She adds that her son keeps asking if this is the end or if there will be other future projects in their village.

Agnes shared that apart from being a community motivator for his village, George has various skills in carpentry, painting and teaching.

"He has taught children with special needs in our village sign language. I think he is more qualified than regular school teachers regarding sign language, "she says.

George is around 40 years old and has built his own home, where he often accommodates project staff who visit his Rumba community. 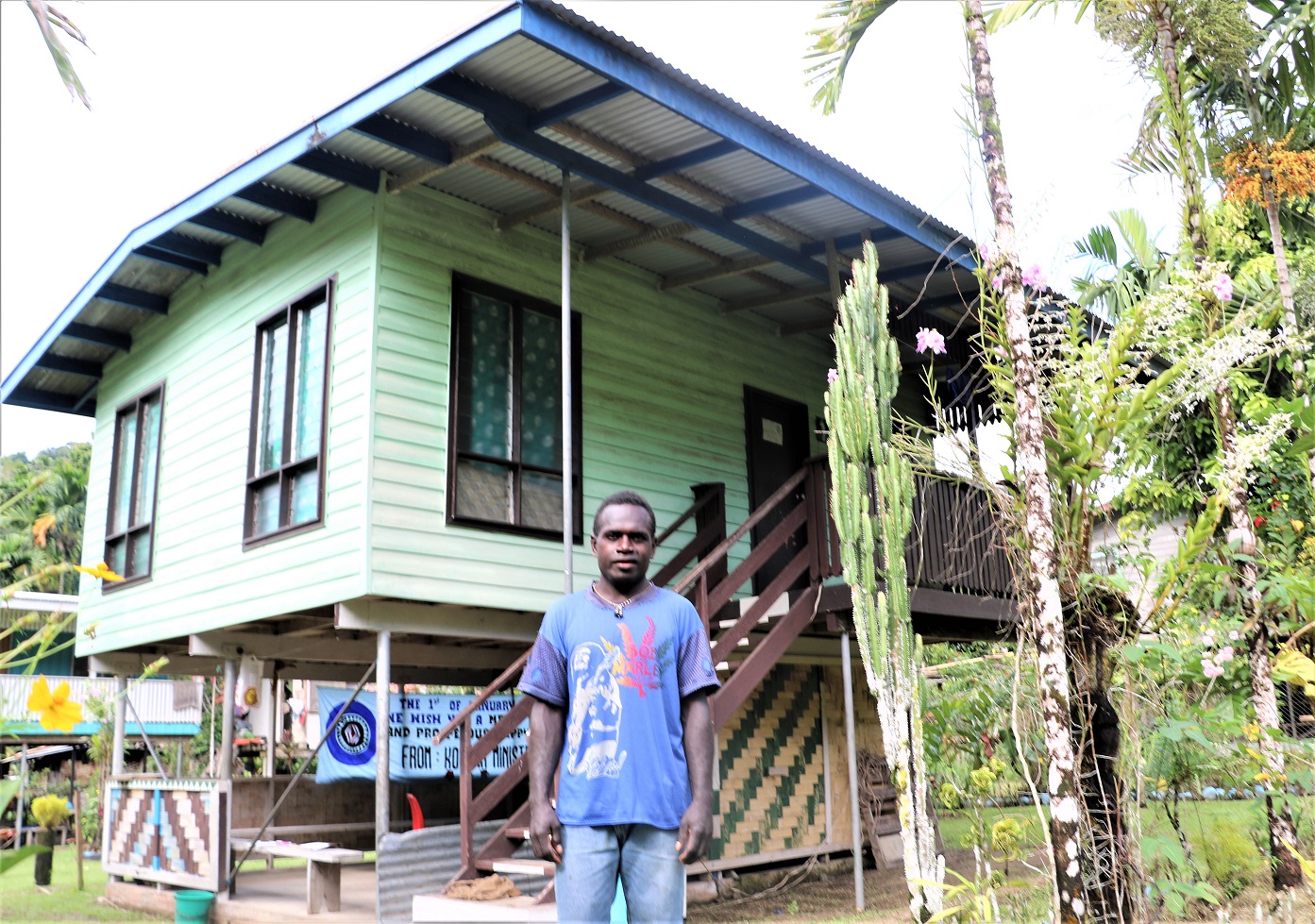 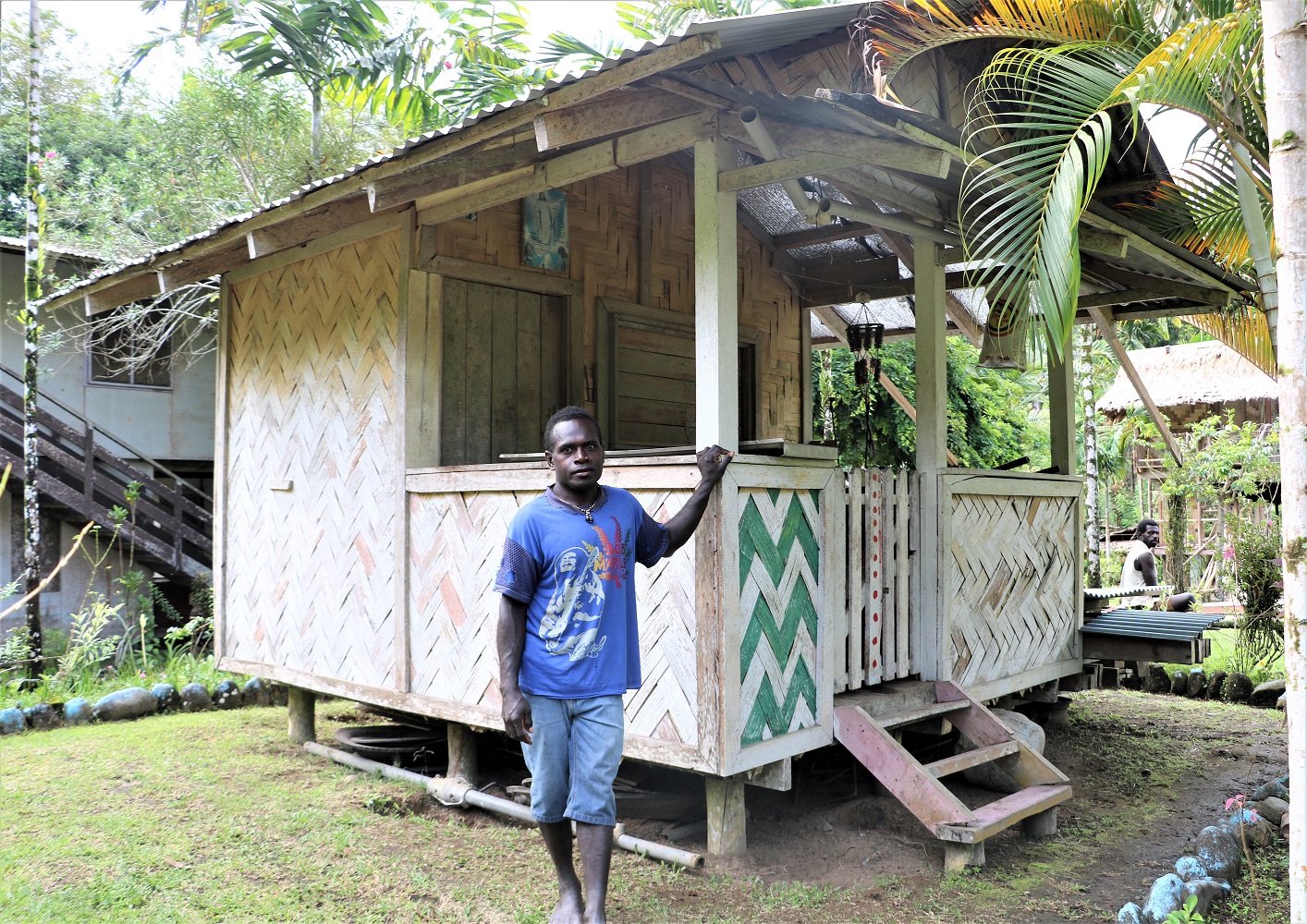 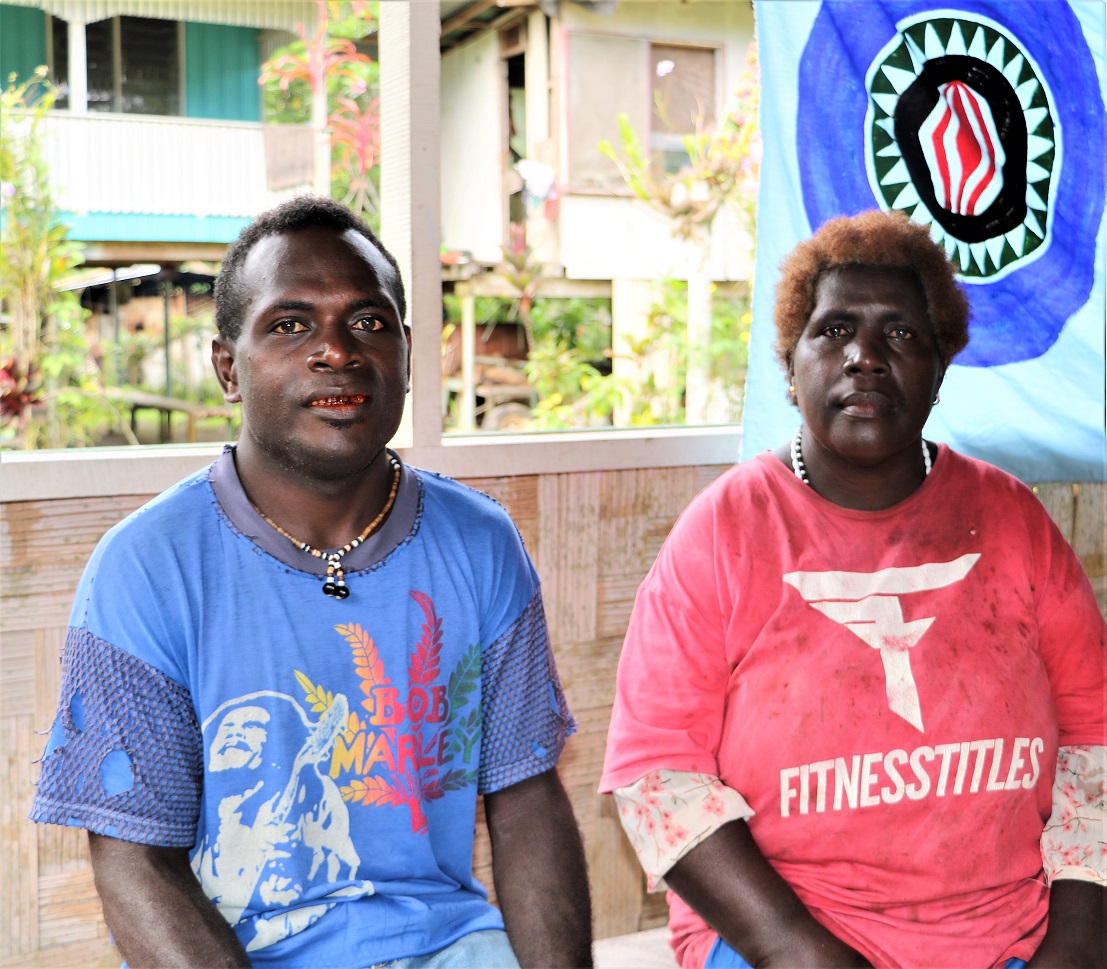 "He is an active member of our community who supports this project and has done well in helping all of us follow given instructions from these project staff", adds Agnes.

The Klinpela Komuniti WasH Projek aims to mobilise communities to eliminate open defecation and adopt improved sanitation and hygiene practices as what has been done for Rumba village and others in selected communities within Central Bougainville.

Rumba village has achieved a Key Component of the KKP WasH Project in achieving its ODF status by working with an influential community leader like George who has prompted his community with the support of KKP staff.