Ahlam is an aid worker, mother, grandmother and community leader living in Idlib, North-West Syria. She was forced to flee her home in 2012 due to conflict, and began working as a humanitarian while living in a displacement camp in 2013. She has been with World Vision since last year, and has trained more than 6,000 humanitarian workers on protection during her career.

“I have witnessed a lot of suffering in Idlib during this long conflict, but the last few months have been the worst yet. People have fled the military bombardment in massive numbers – sometimes tens of thousands in a day. The streets have been filled with people on the move, while the roads are jammed with cars that are loaded with families’ entire worlds.

Recently, I was by the side of the road providing assistance to families who were escaping the fighting. A family came by on an old 3-wheel motorbike – a heavily pregnant woman sitting by her husband’s side carrying a toddler, and three small children on the other side. They had just a few plastic bags of firewood and clothes with them, and the children looked terrified and exhausted. The husband told me that his wife had gone into labour as they fled under the bombardment, and was having contractions. They didn’t know where they were going.

We helped find them a place in a shared room with another family, and the mother gave birth there – three days later they had to move again, and the area they moved to was heavily bombed so they fled once again. Imagine, that mother, just having given birth with no clothes or blankets or food, fleeing from place to place with her children in the winter cold – this is life for Syrians today.

Since I was young I felt a strong sense of purpose, justice and defiance. I have spent my life fighting against conservative customs and traditions, including within my own family - many of whom were against me seeking education. I worked as an Arabic teacher and gained a diploma in education after college. In response to the war we’re living through and its impact on the most vulnerable, particularly children and women, I am guided by the same defiance and pursuit of justice.

This war has created millions of victims, though some suffer more than others. It saddens me deeply that many of the children I meet know no other reality than this conflict and fear. An entire generation has been damaged and I do not know if this can be repaired.

So many children have lost the chance of an education. My son goes to high school when it’s open, but wants to quit because he’s depressed about the future – we never know when we will be forced to flee or even killed. Children have no toys, no education, not even a peaceful or a healthy life - I see hope in their eyes, but it’s futile while the war is ongoing. A little girl came up to me and told me she wishes their tent had an actual roof rather than a plastic cover. Nowadays, it saddens me to say this, but a Syrian child’s dream is to seek refuge under a tent – it’s the truth.

I work with very strong and resilient women, but the conflict has worsened their oppression. When our town was attacked and we had to leave, some women told me that they had to flee barefoot – the war has affected their dignity. Women feel more than others the pain of the loss of their homes and their old lives, and they suffer from back pain from living in an unheated tent and carrying heavy water buckets. A woman once told me “I wish I could lean my back against a wall.” I’ve heard many stories of women going into premature labour as they flee fighting in terror, or losing their babies due to domestic violence at the hands of their husbands.

We are trying to respond and help as much as we can. Through my work with World Vision and by reaching out to relief agencies, aid workers and volunteers, I try my best to help families who have no shelter and nowhere to sleep. We provide shelter to those families in mosques, schools, tents, houses of relatives or even in my house. Recently, I had four displaced families living in my house. The conflict has destroyed essential public services including healthcare; there is a lack of medication and medical supplies due to the bombing of clinics and hospitals. The loss of income and employment and rising costs for basic food items is pushing Syrians to the depths of desperation.

In this moment, the conflict has taken a new toll on communities fleeing the violence often for the second, third, or even fourth time. It has taken a toll on me. Some days I feel like there is no use in sharing what I document on a daily basis. I am a Syrian woman, I am an aid worker, yet I cannot provide people with all the help they need – it is overwhelming. On the other hand, it gives me great pleasure to see how I am giving positive energy to people around me. My community trusts me and thinks highly of me; it shows that I am doing something.

I aspire to speak up and convey the voices of the Syrian people to the whole world. I do still have hope for a better future despite the hardship we’re living through – I believe God will not abandon us. There are also people who are kind-hearted and still want to assist others in need. As humanitarians, we only call for peace and an end to war. This is our land and it is our right to go back to our homes which we built.” 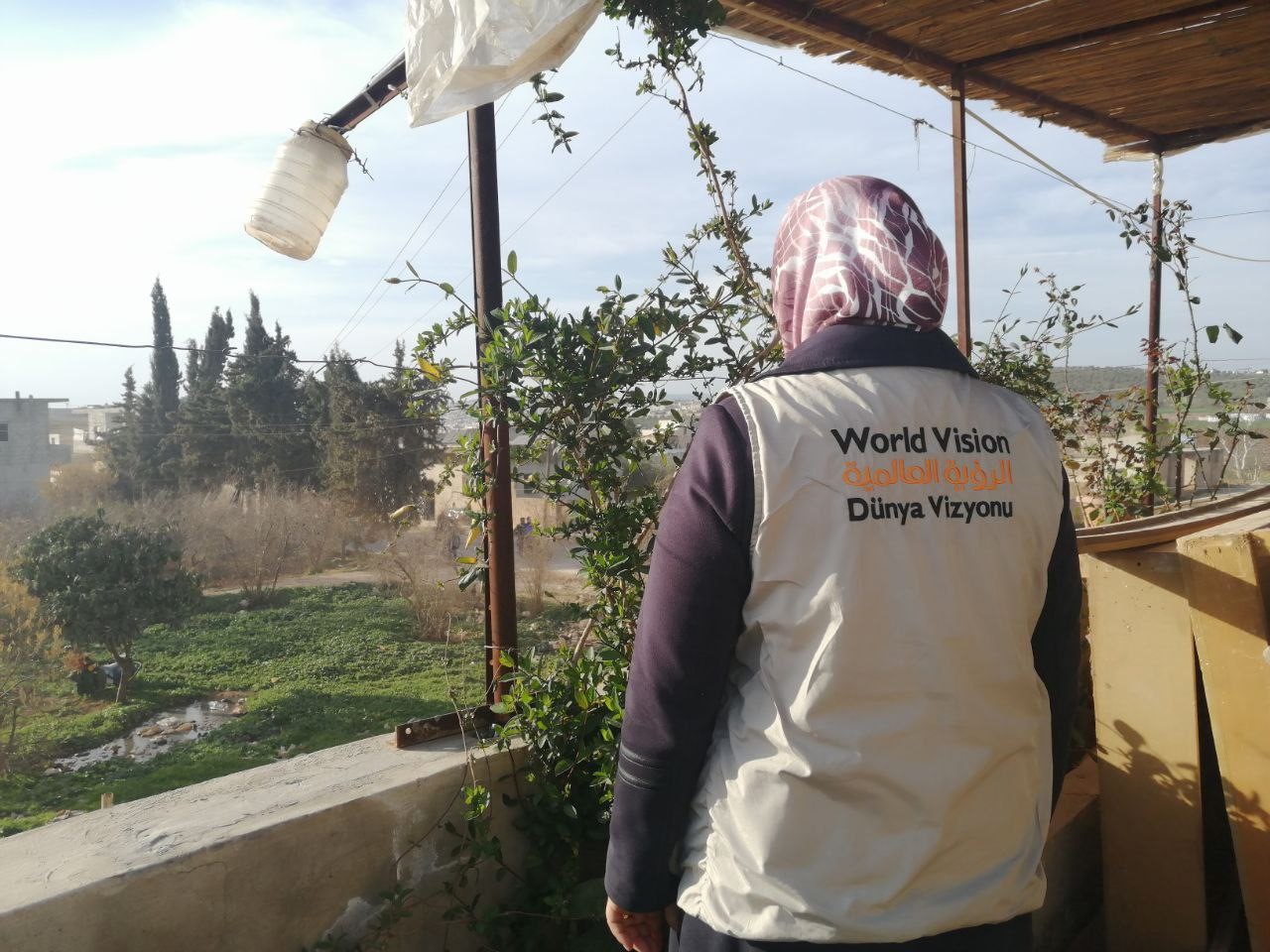