August 17, 2018- NAIROBI- Every day civilians, ordinary men and women, be it aid workers, journalists or the civilian population, are direct targets of attacks.

Civilians are direct victims of attacks as they flee violence into places of safety. These attacks go in as far as targeting innocent groups of the population like children who are recruited to fight and carry out unimaginable atrocities, and women who physically and sexually assaulted and used as weapons of war.

Humanitarian workers are directly targeted and prevented from bringing relief and care to those in desperate need.

On this World Humanitarian Day (to be marked on Sunday August 19, 2018), we join in solidarity and saying, no civilian should be a target.

World Vision is one of the leading humanitarian agencies working in some of the world’s most volatile contexts.

Meet a few of the amazing World Vision humanitarian workers in eastern Africa who come face to face with the people who suffer. What they're doing:

When conflict broke out in South Sudan, hundreds of thousands fled south towards neighbouring Uganda. World Vision is one of the humanitarian agencies responding to the refugee crisis in northern Uganda, with a team of over 500 staff carrying out various response activities reaching over 600,000 refugees.

Mariam Aseru is the Child Protection Coordinator-Mariam says she has seen firsthand how the conflict in South Sudan has deeply impacted the lives of children. When most of these children arrive in the refugee settlements, you can tell they are deeply scarred and terrified.

“Everyday I look forward to meeting refugee children and helping them overcome their fears and worries.  A majority of the children I interact with daily have lost their parents while others have been separated from their families.  As a child protection coordinator, my role is to make sure that these children are protected, they are cared for and that they enjoy the love of God.

“We’ve fostered over 1,000 unaccompanied refugee children in refugee communities and all of them have to be monitored and supervised every week by our staff.  So we have to be on top of our game to make sure all these children and more are keeping well.” 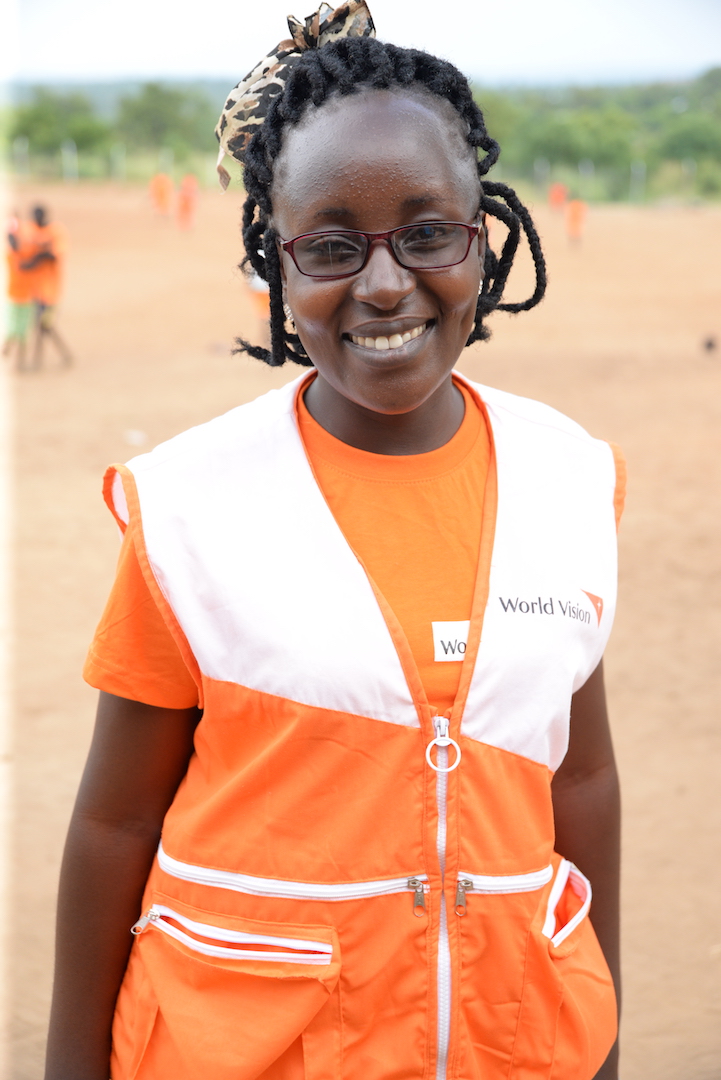 Mary has one wish though:Vulnerable people should never be a target during conflict. Protection of civilians should be guaranteed at all times #WorldHumanitarianDay2018 #WHD2018 #NotATarget #EastAfricaChildrenCrisis #ItTakesAWorld

Lisi Emmanuel spent nearly his whole life a refugee in northern Uganda.  As a refugee child, he yearned so much to study so that he could be like the NGO and UN officials he saw at the refugee camps who came to assist them.  “I wanted to study. Every day that I saw something that I liked I would tell my mother I wanted to be that someone with a car or dressed the same as him. I even wanted to be in a plane I saw in the sky. My mother always told me, “You will get all that if you go to school. If you don’t, you will be like us or worse than us,” says Lisi.

His dreams came true, and today Lisi is a Communications Officer with World Vision South Sudan. Most of the people I interview have gone through harder times than me. I try to encourage them by sharing my own story hoping it will inspire them not to give up. “I enjoy the smile on the children’s faces when I take their photos and show them how they look like. Sharing their stories is almost like sharing my own.

Lisi wants us to help him get this message out: Vulnerable people should never be a target during the conflict. #NotATarget #WorldHumanitarianDay2018 #WHD2018 #EastAfricaChildrenCrisis #ItTakesAWorld

A champion for Gender: Listening to the stories of other women empowers her!

For most of her childhood Lona grew up in refugee settlements in Uganda.

“The conflict in South Sudan took most of Lona’s childhood. “I did not know that there was conflict going on until a big airplane bombed our village in 1992.  Every time she heard the bombings, my mother would make us run to the riverbank for safety. She would make me and three other sisters lie down in the water.

Overcoming insurmountable odds, while living as a refugee, Lona graduated with a degree in social work and administration. Today, Lona specialises in issues of gender-based violence (GBV) and she works with vulnerable women and girls who she admits have empowered her as she listens to their stories and issues affecting them.

Lona wants us to help her get this message out: Women and children, along with humanitarian workers, are often targeted in attacks. This is deplorable. Innocent people should never be targeted in conflict. #WorldHumanitarianDay2018 #WHD2018 #NotATarget #EastAfricaChildrenCrisis #ItTakesAWorld

Over one million people have been displaced because of conflict in parts of Oromia, Somali and the Southern Nations, Nationalities Peoples’ regions in southern Ethiopia. More than half of the population is children. Displaced families are struggling to survive with whatever little they can get, as critical services are in short supply.

Help us get the message out that:Children, humanitarian workers, women and other innocent vulnerable groups like people with disabilities should never be a target during conflict. #NotATarget #WorldHumanitarianDay2018 #WHD2018 #EastAfricaChildrenCrisis 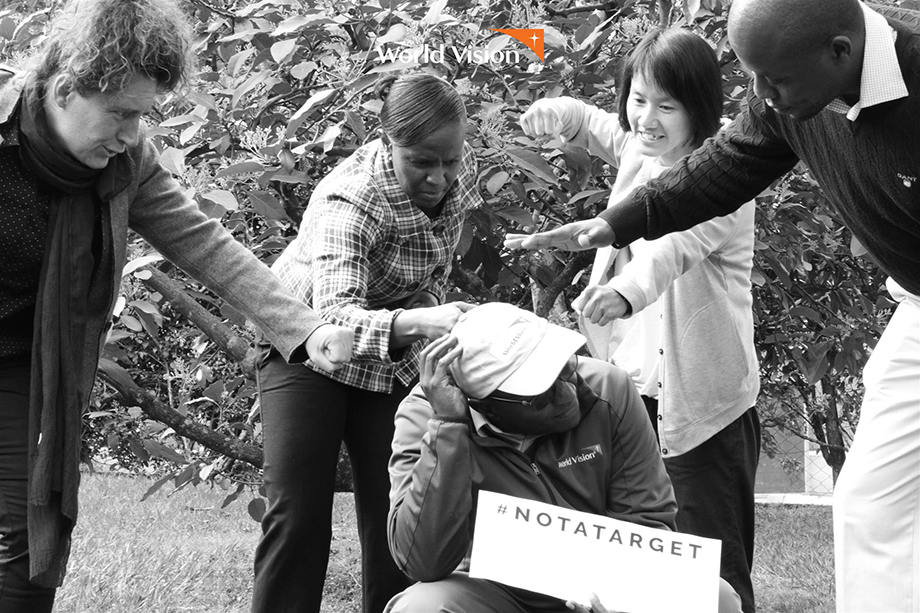 Call to action: Join the #NotATarget movement and demand world leaders to do everything in their power to protect all civilians in conflict.

This World Humanitarian Day we continue to bring attention to the millions of civilians affected by armed conflict every day. People in cities and towns struggle to find food, water, and safe shelter, while fighting drives millions from their homes. Children are recruited and used to fight, and their schools are destroyed. Women are abused and humiliated. As humanitarian workers deliver aid, and medical workers treat the wounded and sick, they are directly targeted, treated as threats, and prevented from bringing relief and care to those in desperate need.

The humanitarian concerns described here can’t possibly capture the lives of all those affected by conflict around the world. From people with disabilities, to the elderly, migrants, and journalists, all civilians caught in conflictneed to be protected.