''Even if World Vision leaves tomorrow, we can take care of ourselves because almost all the interventions carried out here are sustainable '' These were the words of an elated 50 year old, Ilia Ibrofrom Rafin Wada community in Maradi region. And as a National Director, hearing this from the people we serve gave me some sense of fulfilment.

According to Ilia Ibro,the existence of WV’sinterventions such as better access to health centers, practice of farmer managed natural resources, adoption of exclusive breastfeeding, promotion of market gardening, husbands schools, vibrant saving groups and many others had improved the livelihood of families and made his community well positioned for the future and more resilient to recurrent shocks.

In 2012, few months after my arrival in Niger, I visited WV programme areas in Maradi region to assess the impact of interventions and further interact with beneficiaries. The Maradi region focuses on a number of sectors including; Food security, WASH, Education, and Health. And although WV had been in a number of communities for several years through sponsorship programming running these sectors, impact was not so evident in some of the intervention areas due to the recurrence of disasters such as drought, epidemics, floods, among others. This situation had, over the past few years, obstructed the attainment of the desired impact.

For instance, child malnutrition was of a major concern to the extent that I wondered if our programmes were making the expected difference. I asked myself several questions but never had answers. I then said to myself, our programmes have tried all the various approaches but it was still difficult to see the changes we wanted. What had we missed?

Then, in 2013, World Vision Niger came up with a more  to be implemented for each sector in an integrated manner.  In partnership with Save the Children, our office submitted a five-year grant proposal to USAID which integrated the several key sectors called "Livelihood, Agriculture, Health Interventions in Action (LAHIA) to address malnutrition and food insecurity situation in 21 rural communities within two departments of the Maradi region.

Undoubtedly, my recent field visit gave me great hope because the LAHIA project model proved to be an effective approach in the fight against poverty within communities by yielding significant results. In less than three years of implementation, the project has succeeded in reducing malnutrition rate from almost 10% in 2013 to less than 1% in 2015. This significant milestone was achieved through the use of simple and economical approaches  community members are sensitized to utilize.

The LAHIA project focuses on working with existing local structures to create synergy. Local partners such as microfinance institutions, research institutes, international and local NGOs, local radio stations together with government agencies entered into partnership with WV in order to end the miseries of children, families and communities. Communities are now proud of how empowered they have become to improve their livelihoods in order to fight malnutrition. 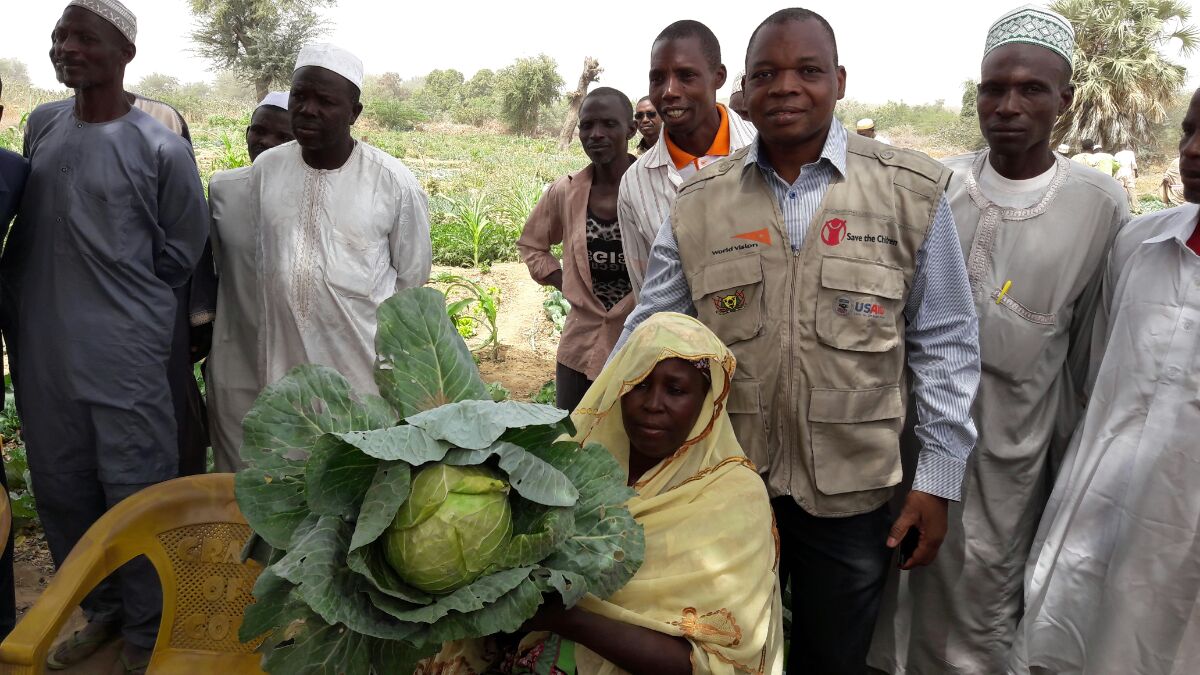 LAHIA integrated different approaches such as savings groups, exclusive breastfeeding, husbands' schools, improved agricultural practices, FMNR, capacity building, market gardening, among others. These approaches have empowered communities to be more resilient during lean seasons. Before the project, families and communities were susceptible to danger immediately a disaster struck, but now communities have sustainable mechanisms in place to withstand food insecurity.

As a National Director, I had mixed feelings as I interacted with some beneficiaries of the LAHIA project. Part of me felt so rewarded whereas the other part felt encouraged to do more by putting smiles on the faces of the most vulnerable people we serve. And for that matter my experience during this visit was different from many other previous field visits. This is because during previous visits, communities incessantly list their unresolved problems that they face but, this time, they were rather proud of what they had achieved through WV programming. And I could see a clear sense of ownership.

Rabi Aezika, a young woman in her 30s also shared her testimony with me. She said “Before the project began, I had given birth to several children and none of them survived. Today I have two children who are both living thanks to the training given by the LAHIA project. My children are healthy because I practiced exclusive breastfeeding. I never gave them a single drop of water before six months, only their mother’s milk was their food.’’

Recollecting, I realized that some of these activities of project interventions were being implemented in these communities several years before LAHIA, but could not yield the desired impact due to lack of proper integration. However, now that we are in a development mode seeking to meet our set targets, staff are encouraged to commit themselves and put conscious effort in working for the well-being of vulnerable children. This I believe is the sure way to give life in all its fullness to the communities we serve.

My personal experiences drawn from the evidences of the LAHIA project informs me that it is possible to eradicate malnutrition and food insecurity within communities living in harsh conditions. Yes, in conditions as severe as in Niger where droughts, floods and epidemics are persistent every two or three years. Our leeway is to discover best approaches for our programming. This brings to bear the new Partnership global strategy which emphasizes the need to expand partnership and sector integration.