Rosine, a 53 years-old mother who lives alone with her four children under aged is satisfied with the support of the organization which allowed her children and she to have enough to feed for at least two weeks. How good to hear from such testimony? But when the same Rosine suggested, a few days later, that she was assaulted on the way of return of the place of distribution with her bag of rice, her liter of oil, etc. that she had to carry alone on 5 km, we understand while sometimes we can think of having done well but we also forget to have hurt. So, it’s always better to do things in the good way for no doing badly. In other term, « DO NO HARM ». 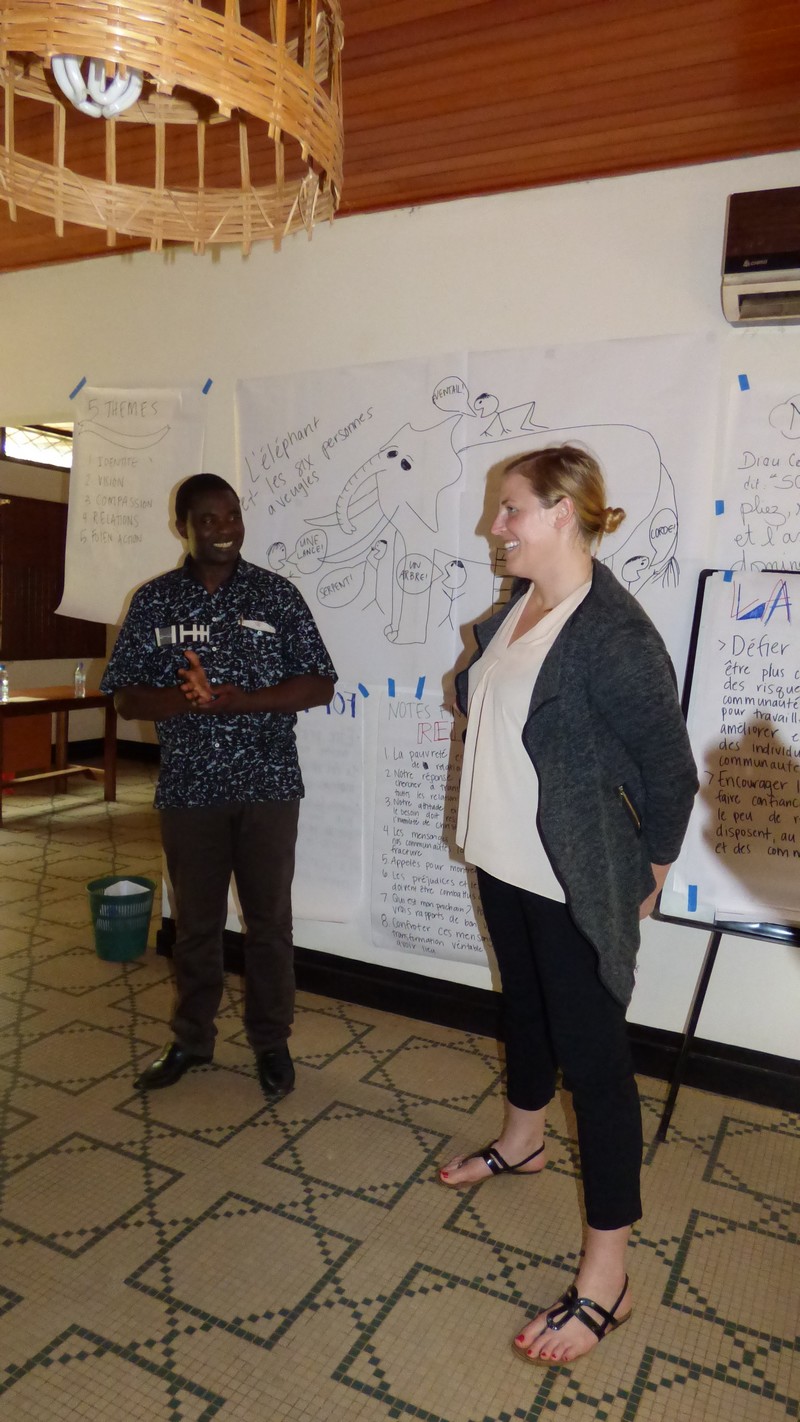 Josué and Erica have faciltated the sessions

It is good to raise questions himself in front of everything, in every stage of the life. Did I do well, May I move forward like this? Is the interest of the community taken into account? etc. An exercise which will allow us transforming as well the community and to give responsibilities to the individuals towards a change transformer and durable sustainable. 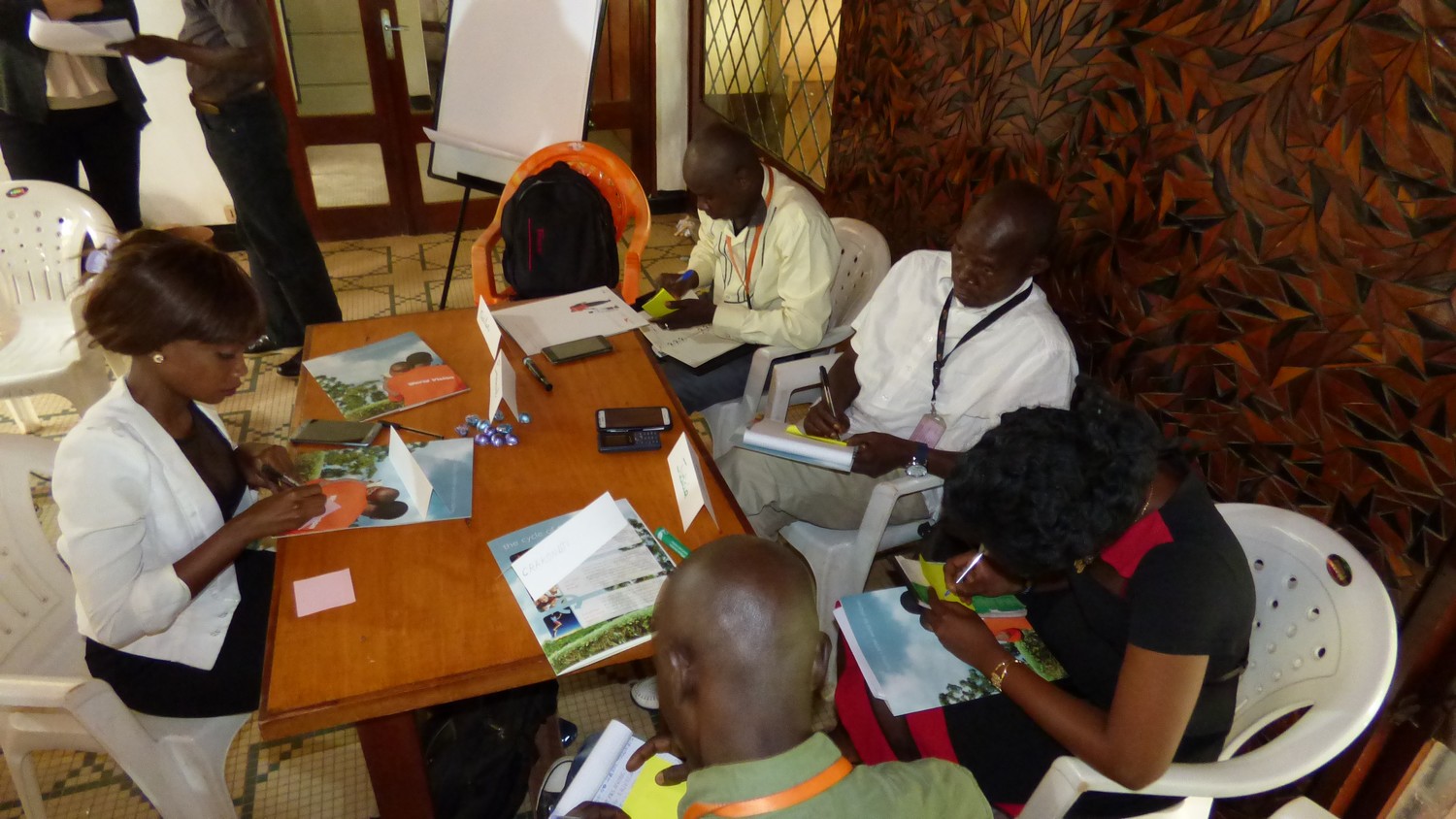 Through working groups based on practical cases studies, the WV CAR personal was able to realize during all the processes of the project that there are as well as dividers and connectors factors in every step. However, it’s better to notice that those factors won’t discourage us but rather to remind us that we shall evolve well if we take in account the community points of view. Our project will have more impact if we move forward in team. Difficulties will always appear but let notice that there will be always options to restart.

During four days, the staff of WV CAR and religious leaders were directed on « Do no Harm » and trained on the « Empowered World View » approach in order to prepare them so better to meet the expectations of the communities, donors, States and other partners in the implementation of the projects. 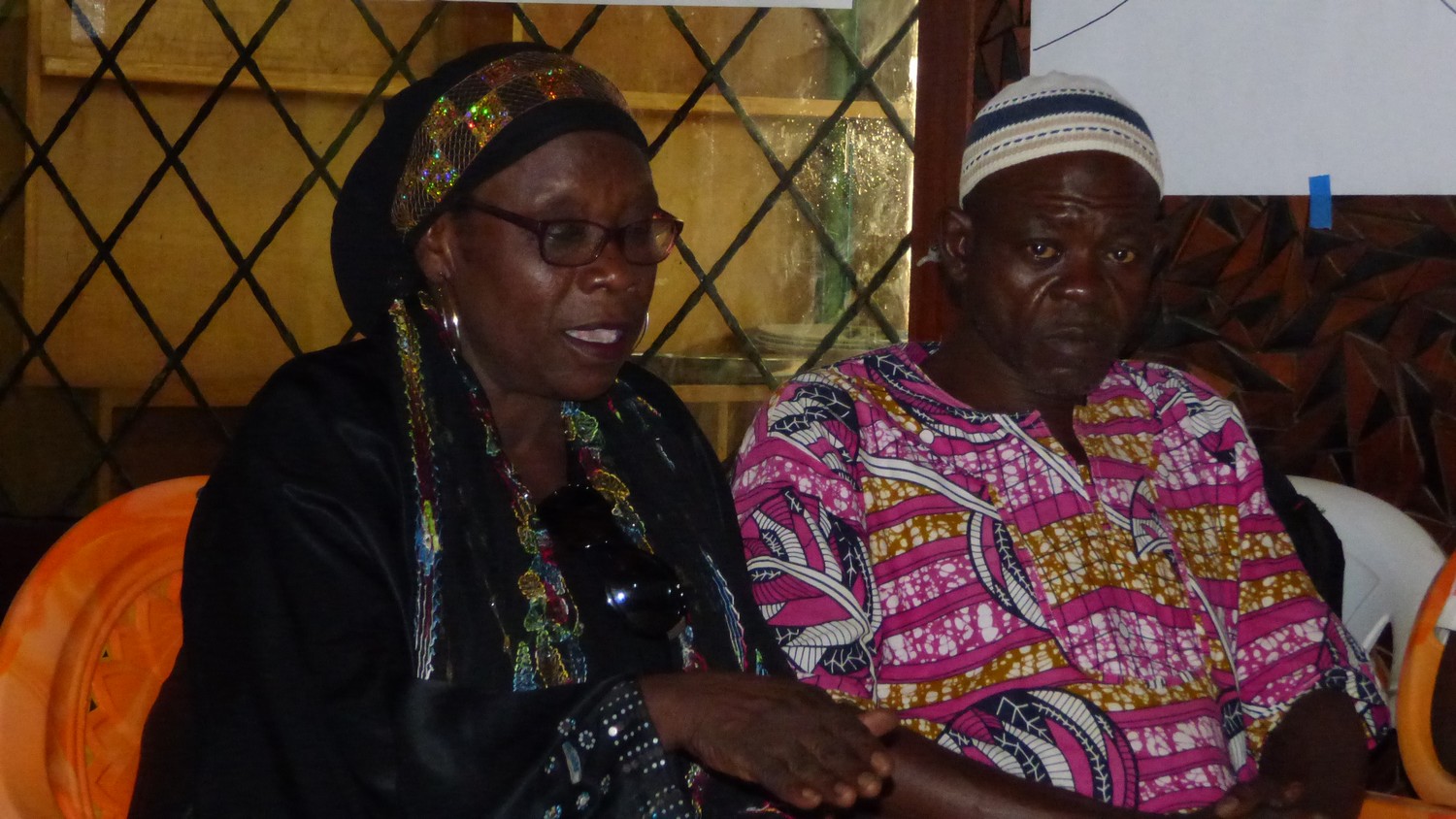 The satisfaction was appropriate at the end of the session since the results expected were reached. Participants were as well as introduced to the « Do no harm » and to the « Empowered World View » tools.

According to the different testimonies returned by the participants to Josué, one of the facilitators, we can mention that the EWV allowed discovering our own identity, to develop the vision for future better as God wanted. The EWV’s approach will allow them to bring a holistic change in the society so mentally, spiritually as economically. 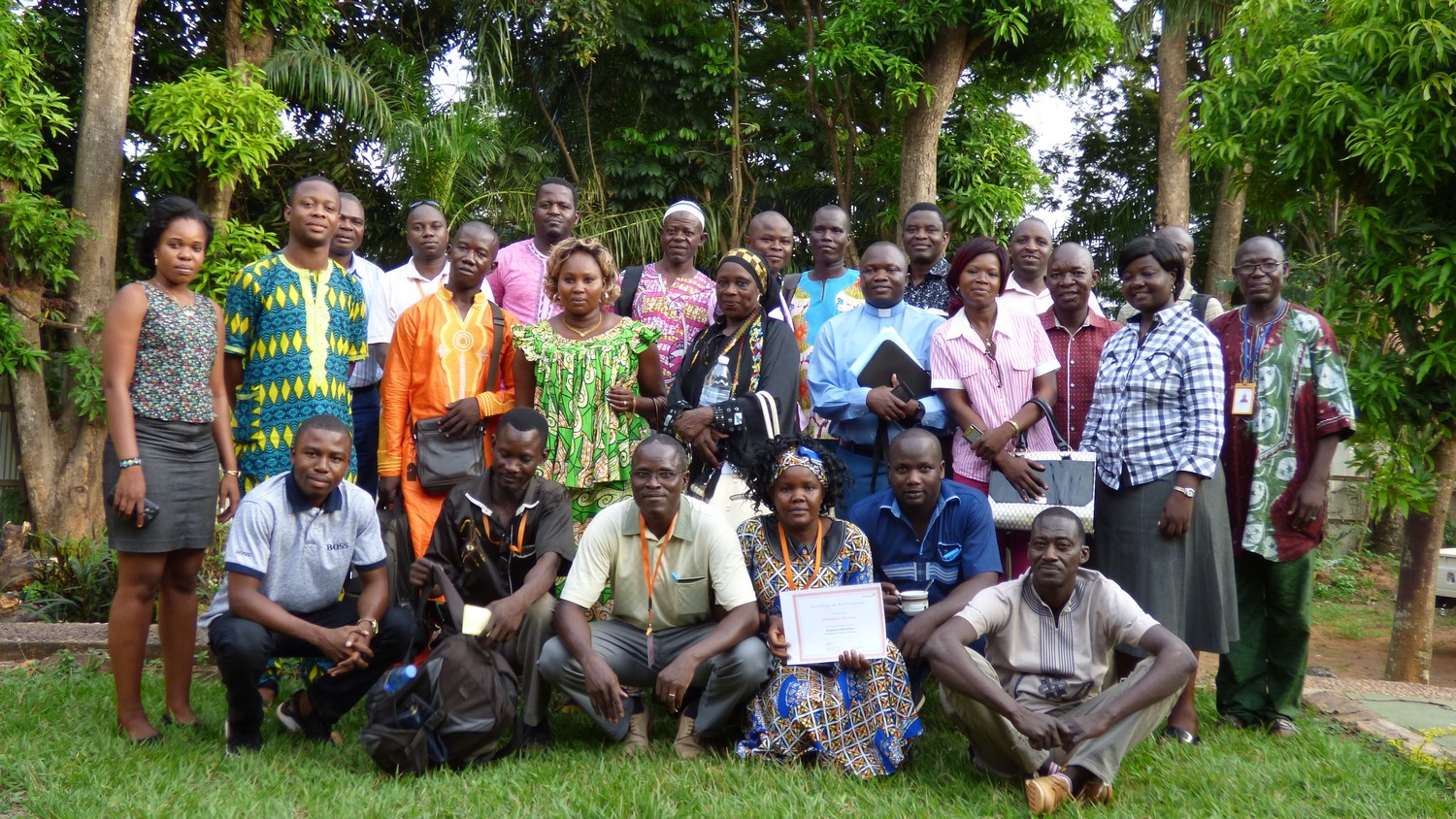 Family's photo at the end of the session

This approach will also allow every individual (if he really practices it) to take part in the change of the situations which prevail in his community, to break the dependence and to become a real agents of change.

As commitment, the participants defined an action plan for the programming of "Empowered World View" in their communities and they have planned to assess it at the end of the coming next six months after implementing and experiencing it in their respective families.