World Earth Day is April 22, and the theme for this year is “End Plastic Pollution”.

Take a look around you today, do you see plastic and rubbish lying around your home, streets, public places, towns and villages. I know you're saying yes. This means plainly that we are not caring for our planet. Ignorance to care for our rubbish and dispose in the right places has led to campaigns like the World Earth Day and interventions by the Government, Organizations and Corporations in education, programs and annual events to encourage cleaning up rubbish and disposing it in the right places.

Gaudi Vagi Kauna is a father of five children and lives in the Hanuabada Village (big village). The village is situated on the peripheries of the National Capital District of Papua New Guinea and is part of both the Motukoita Assembly and the North West Electorate which is ward 1 of NCD. 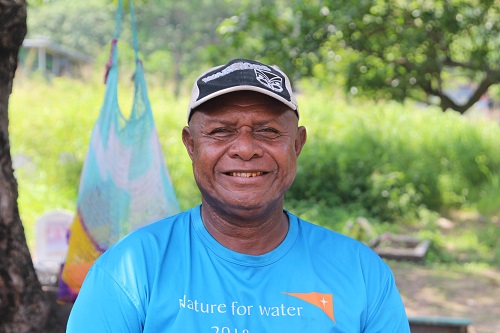 Gaudi is a local leader, a fisherman and passionate advocate for caring for his surrounding and the natural environment. This is very challenging for Gaudi because he lives in a village with an estimated 30 thousand population. He lives in the Lahara section of the village and belongs to the Apau clan.

Gaudi, developed the passion for caring for the environment when he was 17 years old in high school. He planted a tree in 1984 when he was attending Badihagwa High School then, this action changed his perception about the environment, “the tree is still growing in the school”, he adds.

Now at the age of 50 he still has the lens of caring for the environment and reducing rubbish plastic pollution where he lives and move around.

When I asked him how he does his part to reduce plastic pollution, Gaudi responded with a smile.

“I wake up each morning and I have my reflection and thank God for another day. Then move out to the main living area of the house and already I am looking around for rubbish. He says, “I clean around the house and on to the front area of my clan’s entrance”. I have developed a passion to care”.

Gaudi comes from a family of fishermen and when he is out at sea he is again a watchman for rubbish drifting towards him and around his boat.

“Whenever I go out trolling or fishing, sometimes I travel far out and when I look back, the city sinks and I meet plastics floating there. He said it saddens him that rubbish is everywhere.

Mr Kauna recall some 20 years ago the sight of plastic was not so much but today so many rubbish like, plastic container, shopping plastic, cans and manufactured products are not disposed in the right places.

He realized that he has to go further out to the deep sea to fish this days. Gaudi, believes that with the increase in solid waste and plastic pollution in the sea, the marine life near the city is no longer conducive for sea creatures to live in. This claims is causing an economic strain on fisher man who pay much for zoom cost to travel out to fish.

He lives by the message “my rubbish, my responsibility, and when his trolling or fishing with other fishermen in the boat, no one is throwing biscuit packets, he said, “I tell them not to throw rubbish into the sea.”

On the day I was interviewing Gaudi, World Vision was facilitating a training for forty participants in the Mirigini Electorate of the Hanuabada Village. The training was on Healthy Island Concept. It was conducted by the National Capital District Health Services. 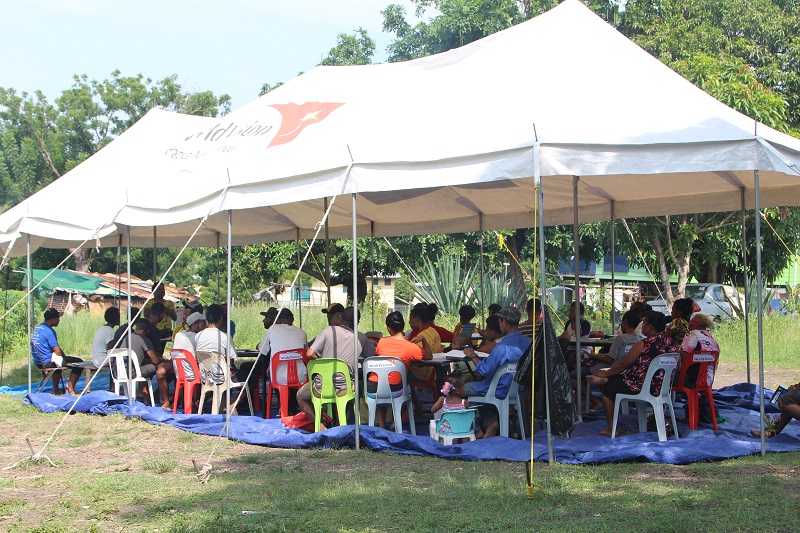 The training enable the participants to work towards a community plan and vision to create a village that was clean and healthy.

Gaudi is one example of a change driver who took the message of keeping his home and family clean and safe by doing his part everyday. He explained that with trainings such as the Healthy Island Concept delivered by World Vision and NCDC Health the people will begin to understand the importance for their health in a holistic way.

Gaudi received his training three years ago when the project started.

“We need behavior change attitudes, not just in Hanuabada but everywhere in Papua New Guinea towards how we dispose our rubbish” he said.

He mention that there are challenges he face with the task force committee when mobilizing the efforts of cleaning up the village, but as change drivers like himself, he will continue to do good.

Gaudi said, GOD created for us to live and survive on this planet (earth) and be caretakers not destroyers. He encourage everyone in his community and in the city and everywhere in Papua New Guinea to make that change.

Happy World Earth Day and please do your part this April 22 to support the call to End Plastic Pollution in the World.