Inside a school in Lebanon’s Zahle, 30-year-old Suriya is trying to stop her 4-year-old son, Ahmed, from running around the room. It’s been four years since Suriya fled Damascus with her husband and three children. Even though time has passed, the memories of bombs, killings, and war are fresh in her mind.

“Life is very difficult here,” she says. “We’re not living comfortably or easily. Whether it’s rent (USD 350 per year) or electricity (USD 35 per month), the costs are accumulating and it’s been hard to pay off my expenses. Everything is stressful – memories of Syria; the tent being too small; no space for children to play. It simply feels too claustrophobic,” she says. 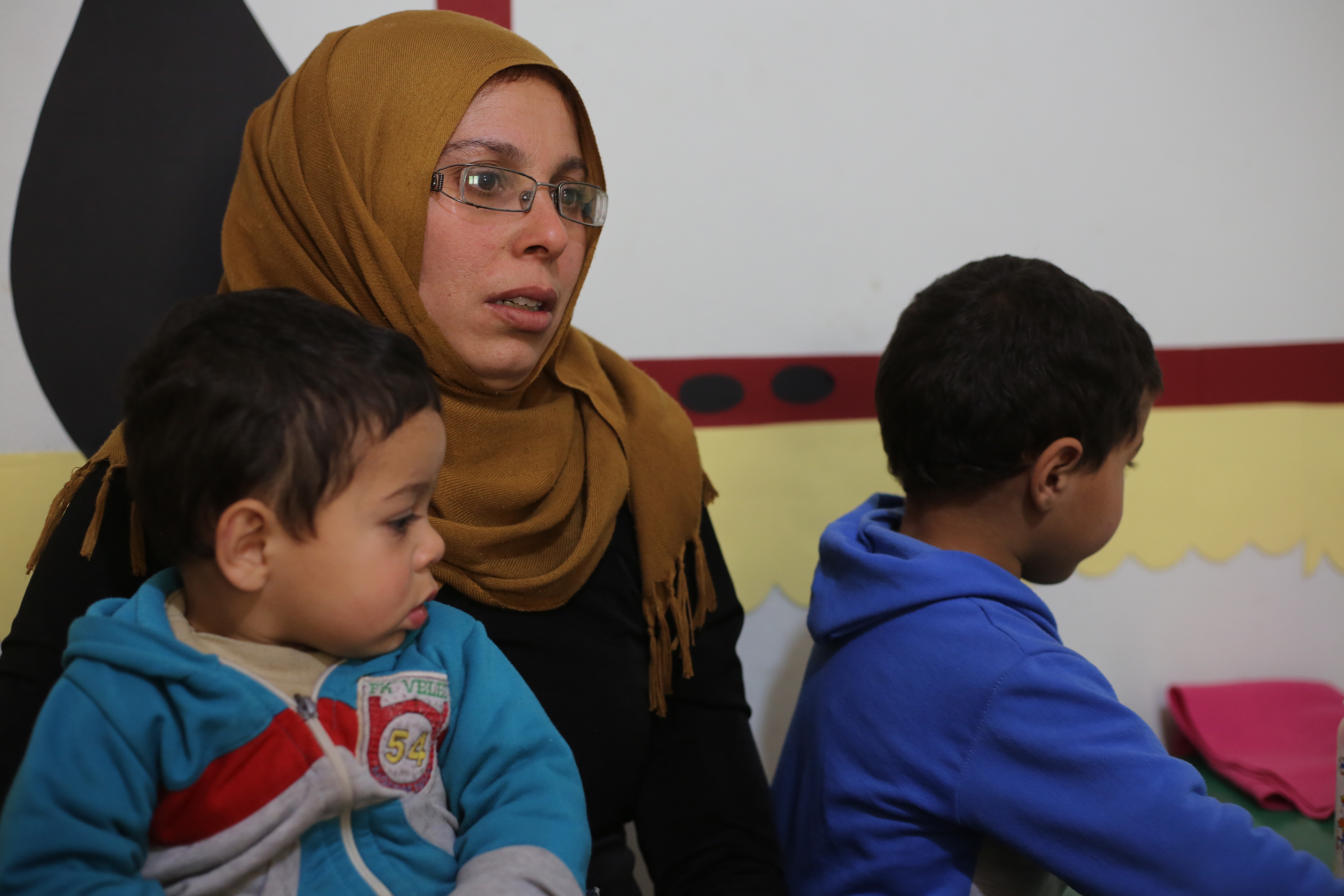 As Suriya continues talking, it’s clear that she is physically drained and emotionally exhausted. “I was angry to know that I’ve left Syria, my home, my family and my everything to come here with nothing but the burdens of fees, electricity and rent,” she says, noting how the ongoing conditions are taking their toll on her and her children. “The children were constantly getting aggressive - shouting or crying all the time. They were unhappy, sad and uncomfortable.”

Feeling trapped, Suriya was at a breaking point. Unlike back home in Syria where she could have simply left her children with relatives for the day, there’s no alternative here.

“Here, there’s only my tent. All I’ve got are my husband and my children. I can’t express my feelings to someone else. From the very beginning when we arrived, it’s already strange going from living in a building to a tent; from one country to another,” continues Suriya. “Year after year, you get used to it but the stress keeps increasing.”

To make matters worse, the family regularly received news from home that someone has been killed.

One day, a World Vision staff came to register Suriya’s children for school. Upon seeing her with her year-old baby, Mohammed, the staff invited her to join the World Vision Early Childhood Development group which aims to promote positive parenting skills and develop coping mechanisms. “The staff reminded me that it’s not the children’s fault that the war happened,” she says. “They’re also used to living in Syria and are now just adjusting to the new place.” 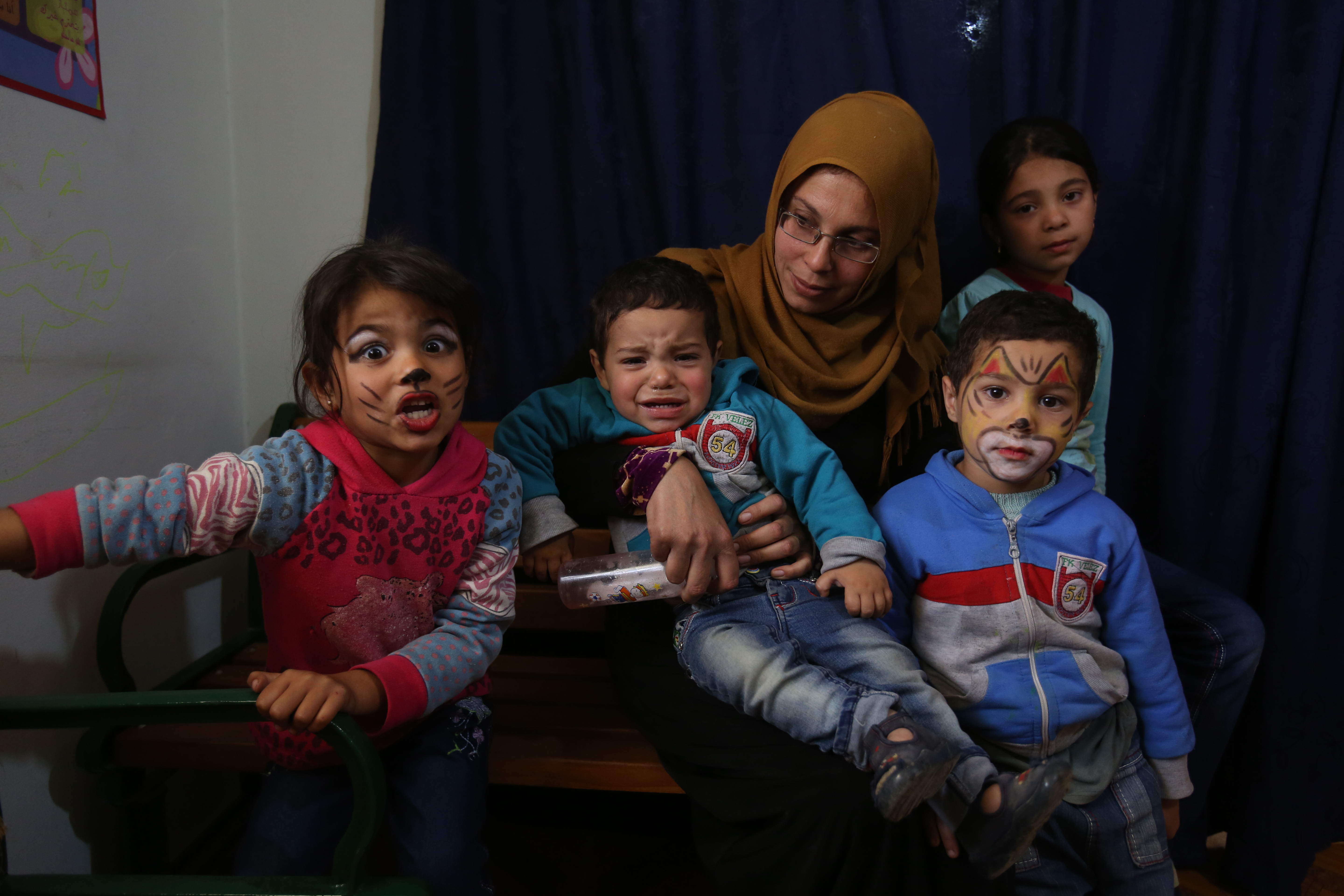 Listening to staff member brought Suriya relief. “For the first time, I felt that I could breathe again. When I eventually attended the information sessions with other parents, it brought back all the painful memories in Syria,” adds Suriya. “I was told that instead of taking out my frustrations out on the children by shouting at them, I need to be more patient and stay strong. After all, kids who are between the age birth and 3 mainly rely on their senses to understand their surroundings.”

For Suriya, the main takeaway point from the sessions was that she’s learned to be not violent. Something that may be seen like common sense, but which according to her, has truly transformed her life. “Before these sessions, I felt that I was getting lost. I didn’t know how to deal with the children,” she says. These days, whenever Suriya faces a problem at home, she takes five minutes to calm down and collect her thoughts. “Instead of yelling at my children and shouting ‘don’t do this’, I’d talk to my children in a more positive way by explaining the consequence of their actions,” she explains.

As the Syria conflict enters its sixth year, it’s important that we never undermine the impact the conflict has had on parents like Suriya. Thanks to the No Lost Generation funded by Global Affairs Canada, 492 mothers, and caregivers of children aged 0-3 like Suriya can be more resilient and better handle their emotions in front of the children.