Mariam Muhima and her family lives in Buzansa, a small farming village in the Eastern Democratic Republic of Congo (DRC). Torn by over twenty years of violence, the eastern area is full of violence brought by different armed groups. Their village has become a refuge for those who have fled from conflict in different parts of the country.

A World Vision project helped Mariam get out of poverty and provide for her three children. Now 56 years old, the women in her village used to walk up to four kilometers every day scouring for vegetables for their families. Often, Mariam and her children have to risk their lives going close to areas overrun by bandits who fight each other for control of different resources.

“We badly needed the food but it was too dangerous to find them because of the rebels on the road. They kidnap and steal peoples’ money,” says Mariam. 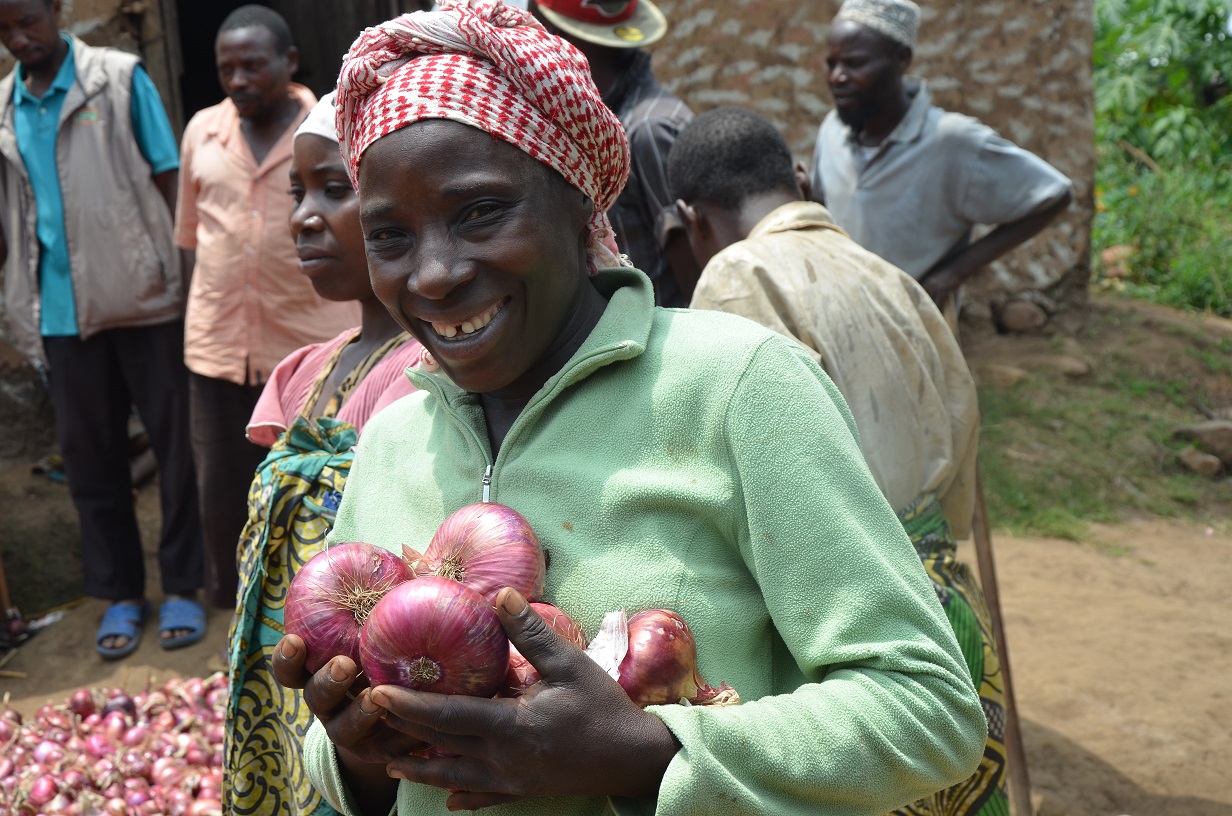 Several years ago, the bandits burned her house and her farm. They have to run away and settle in another village about 100 kilometers from Goma, one of the main cities in Eastern DRC. She was unable to regain what she had lost.

World Vision provided the family with seeds to start all over again. This allowed her to not only to provide for her family but also save money to send her children to school and open a vegetable and onion shop in the village. 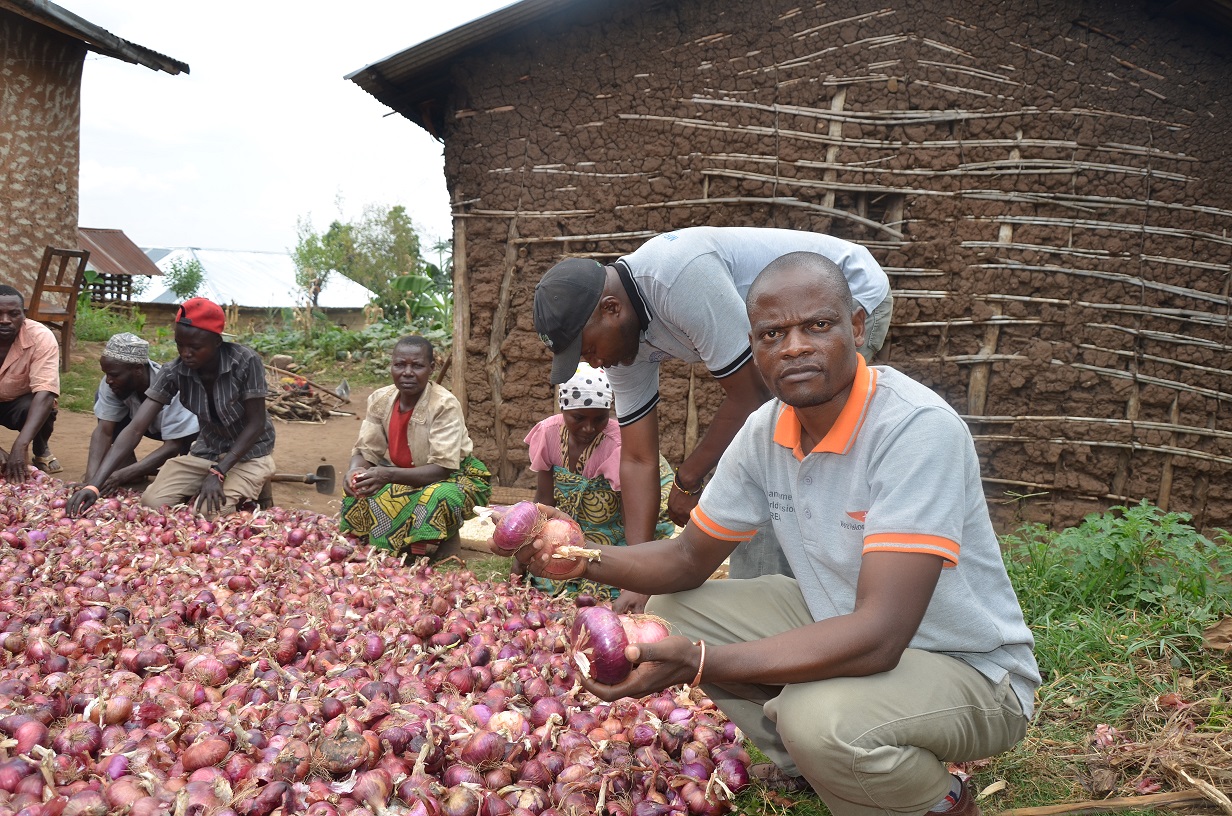 “Everything I had was destroyed,” she explained and added, “Our children did not go to school for a time because I could not afford the school fees. I was so afraid we would not survive. When we received the seeds, we were able to rebuild our lives. I saved money and bought a goat and a small field. My family is happy and whole again.”

World Vision’s project in the area helps around 9400 people affected by war. These people have also suffered lack of health and education services. Women like Mariam were encouraged to join village associations to learn from each other, save money for tools and seeds and develop individual plans for their families’ welfare. 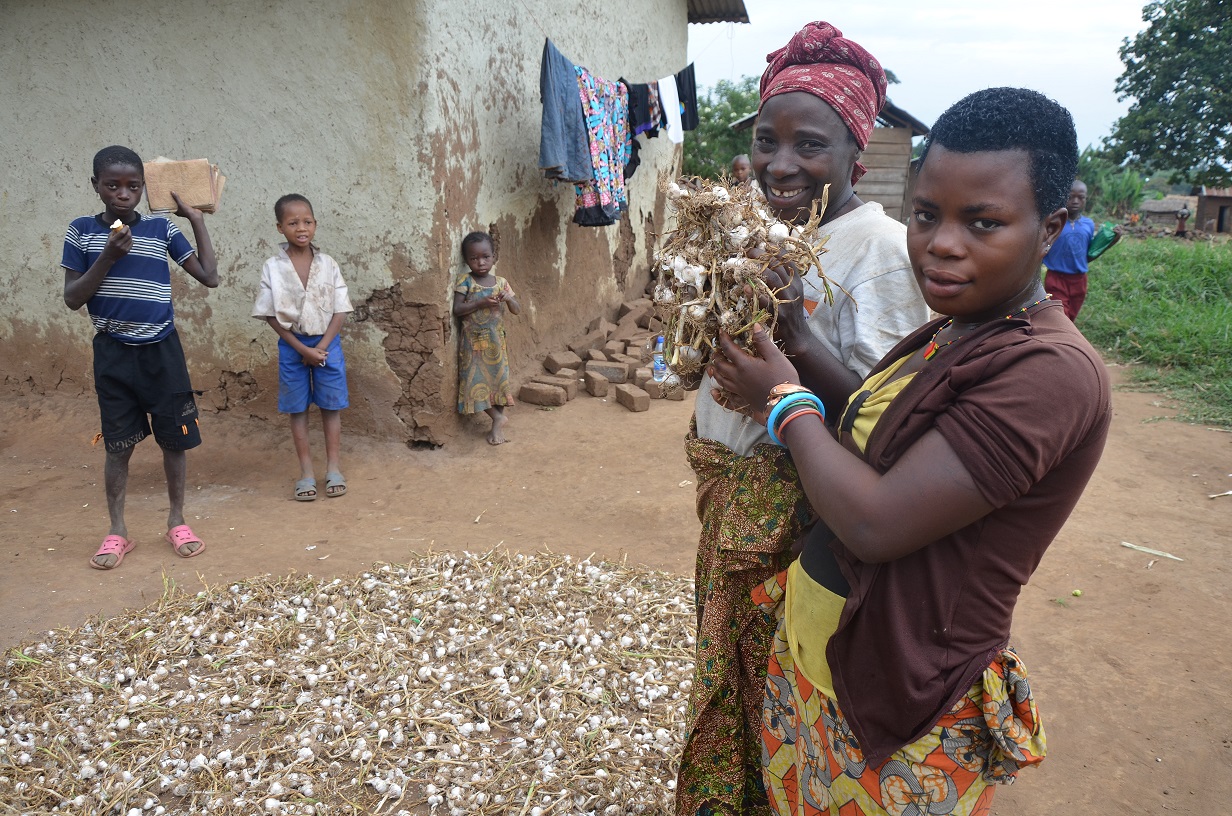 World Vision’s Area Rehabilitation Program (ARP) has been in Buzanza for two years reaching out to over 800 households, helping families grow resources for food, save money for the future and restart their lives.