Philippines - Nine ways schools are preparing for disasters in Tagbilaran

As children spend a significant amount of time in schools, World Vision has launched a project to strengthen the resilience of urban schools and communities against disasters. 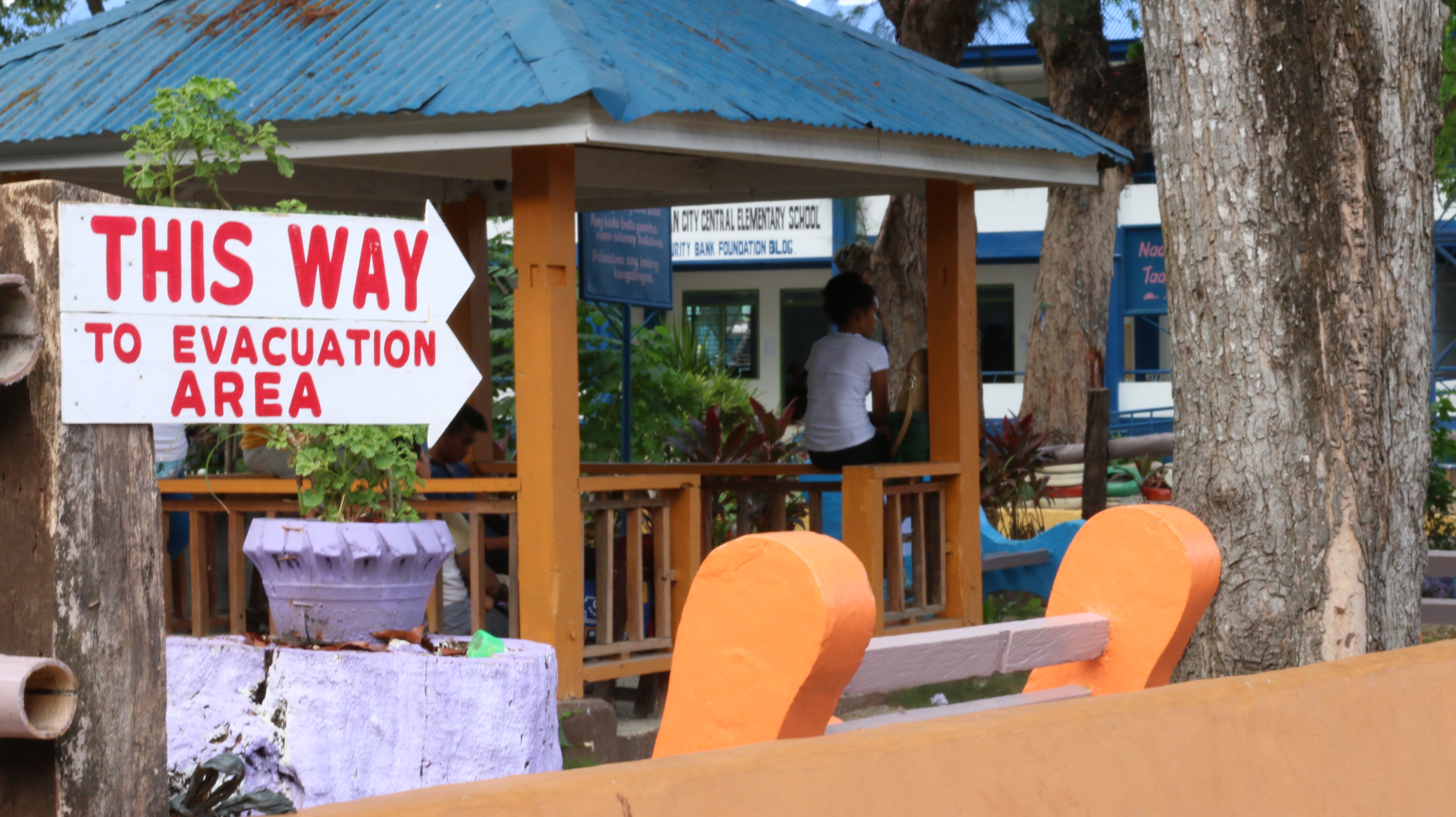 More than a year after the project started, partner schools have made nine significant strides in their pursuit of safer schools for children: 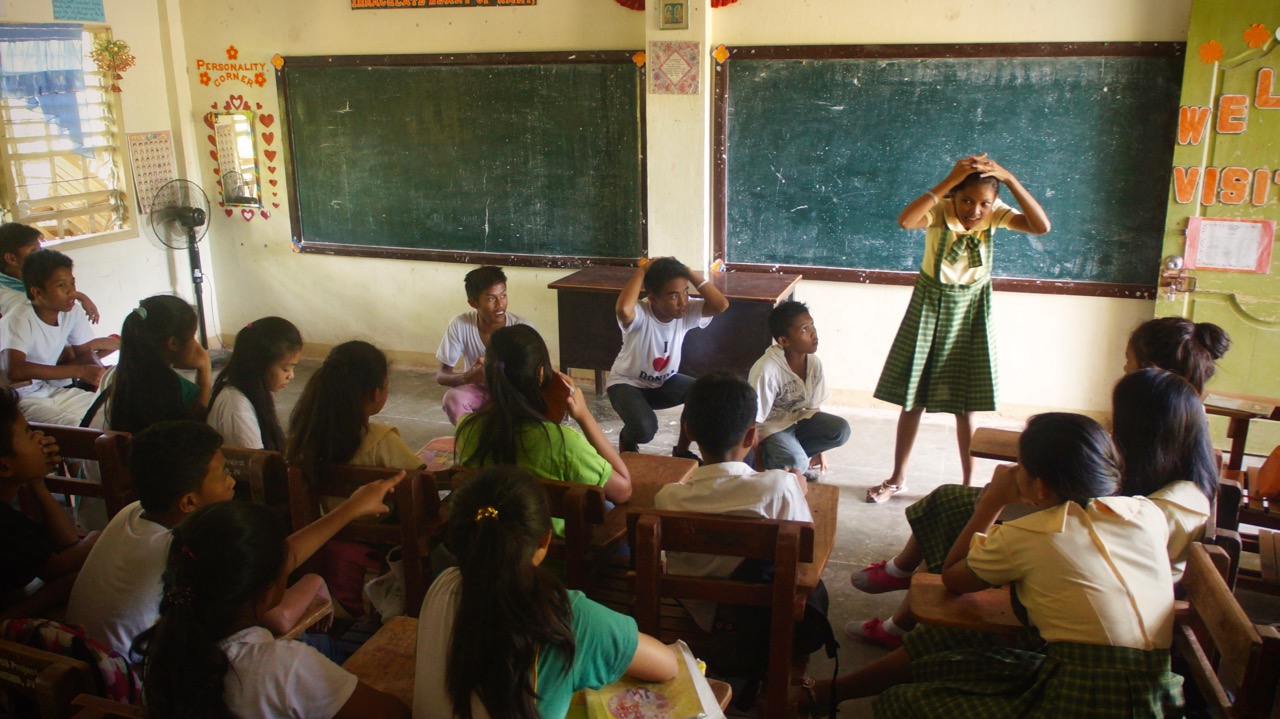 News broke that a big storm was crossing the country. The residents did everything they could to keep their families and properties safe. After the storm passed, the community was heavily devastated. Kaye’s parents almost died during the wake of the typhoon.

She became passionate about preparing against disasters after attending a workshop with World Vision. She learned about creating emergency evacuation plans. She taught all of her classmates the “Duck, Cover, Hold” earthquake drill and about the importance of children’s involvement in disaster preparedness activities since children are part of the most vulnerable population during disasters. 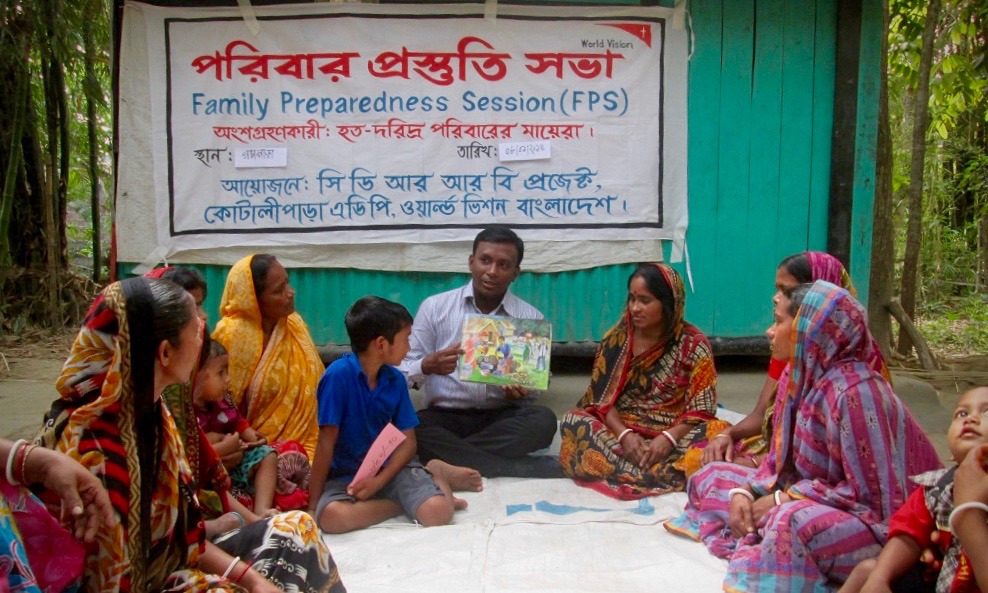 Facing a relentless barrage of natural disasters, the lowland farmers of Bangladesh’s southern Kotalipara region find it almost impossible to escape poverty. World Vision is empowering local women, however, to fight the severe floods and cyclones that hit their home every year.

“During the last flood, we had to leave all our stuff, including our animals, behind when we went to the local shelter,” explains Baby Dey, (right of instructor) a mother of a World Vision sponsored child. “When we returned, our house and everything else had gone.”

World Vision conducts its Community Disaster Risk Reduction in Bangladesh project to equip vulnerable communities with the knowledge and means for protection against nature’s force. The project’s initiatives include cyclone shelters, humanitarian and financial support for disaster victims and emergency response training, plus sessions on family preparedness.

“We’ve learned what to do before and after floods,” Baby says. “We need to plant trees and build our houses on higher land. We must prepare properly and organise our belongings.” 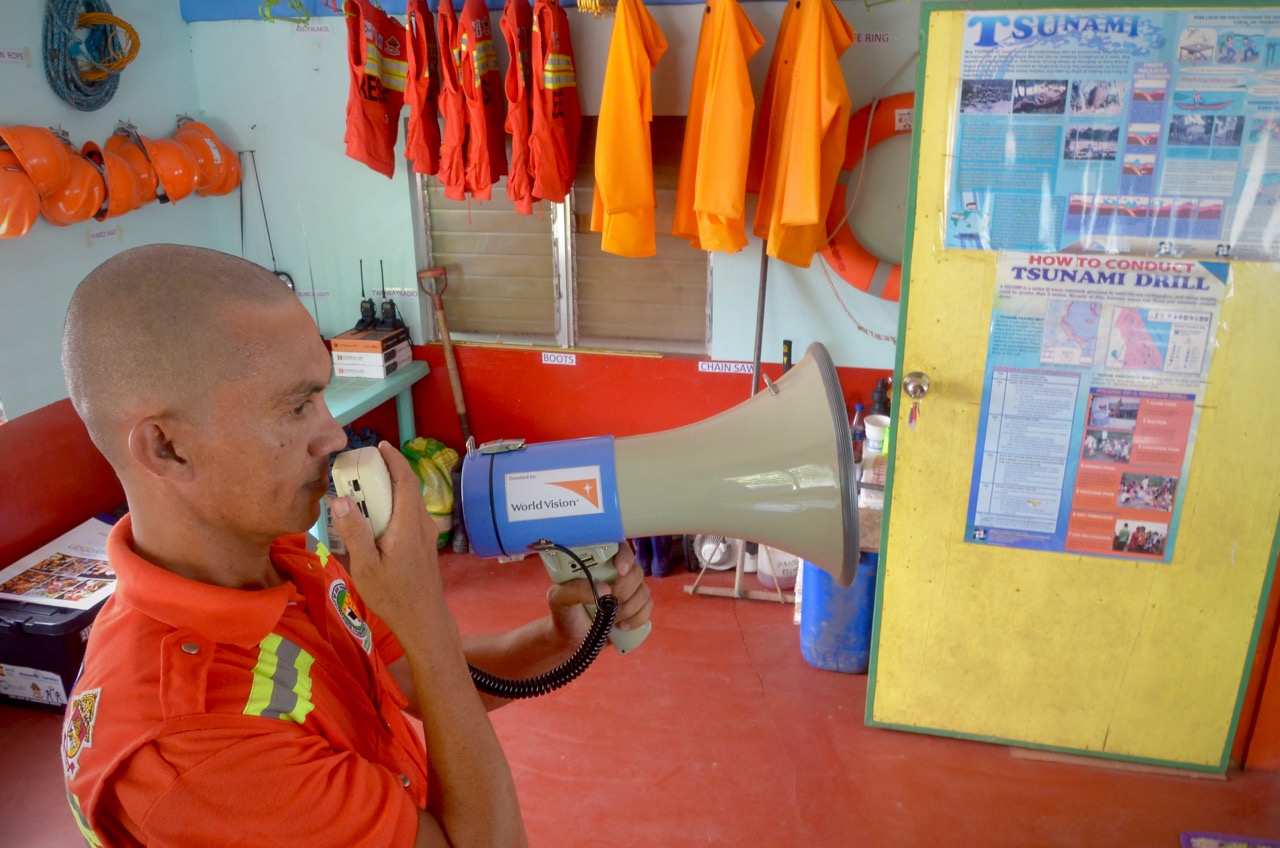 To prepare communities from disasters, World Vision distributed early warning devices to several schools and local government units several Bicol provinces. Due to its proximity to the Pacific Ocean, the Bicol region is prone to typhoons. The area is also volcanically active.

"Many of the provinces in Bicol already have preparedness mechanisms in place should disaster strike. World Vision merely complements what the local government is doing. We usually coordinate with the Provincial/Municipal Disaster Risk Reduction and Management Council in terms of preparation and relief operations," said Carol Cabading, World Vision's Disaster Risk Reduction and Management Specialist.

Cambodia - Fear of the dragon’s tail 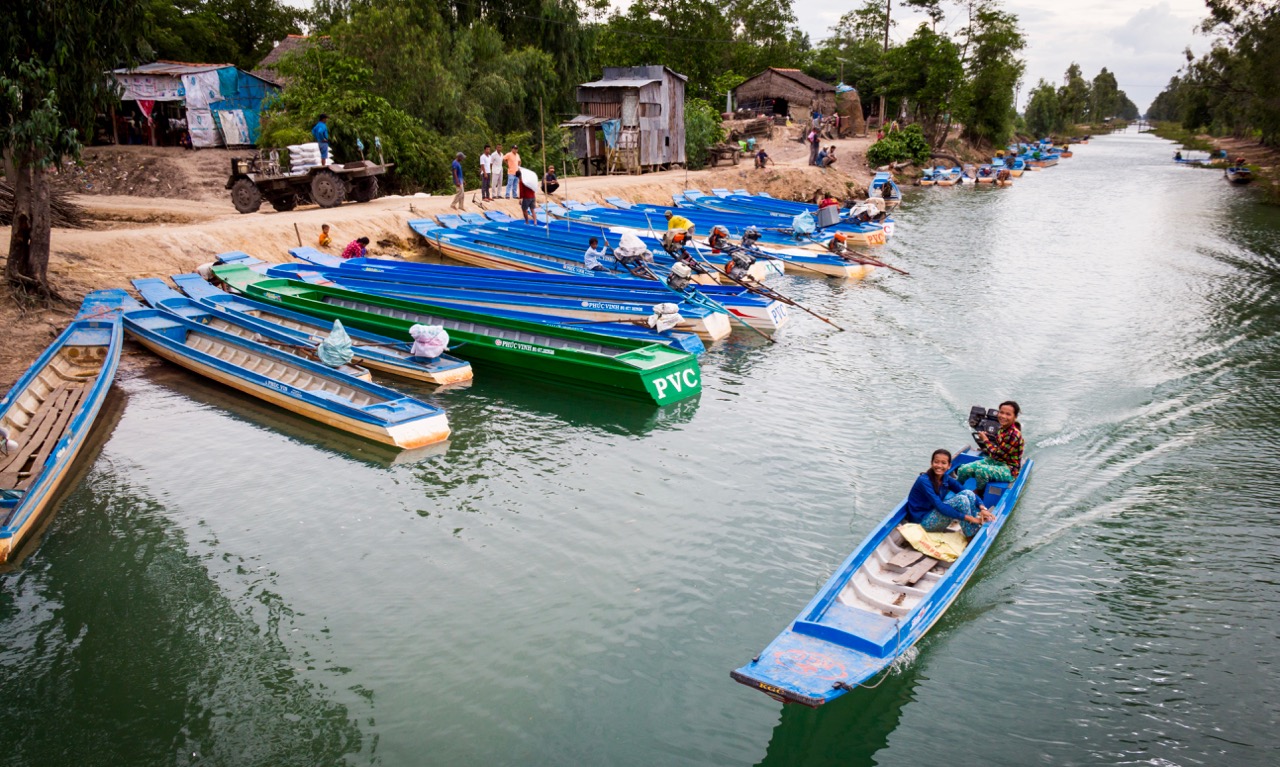 For the people of Chey Chork in Takeo province, a commune near southern Cambodia’s border with Vietnam, dragon’s tails are tropical cyclones that pound the region in the rainy season, a time when huge downpours submerge large swathes of the area, forcing locals to switch from bikes to boats.

To prevent flood damage, Phan Mai, a 14-year-old resident, says, “Every year, we add more soil to make our house higher and higher.”

Rice fields surround the area but, as the commune’s chief, Sareth Ang, explains, they disappear under the water in the rainy season, transforming the hill into an island. “We prepare medicine, barrels, firewood, dried food, salt, rice, sugar and life jackets,” he adds. “We hang this stuff on the walls and have made the floor higher to escape the floods.” 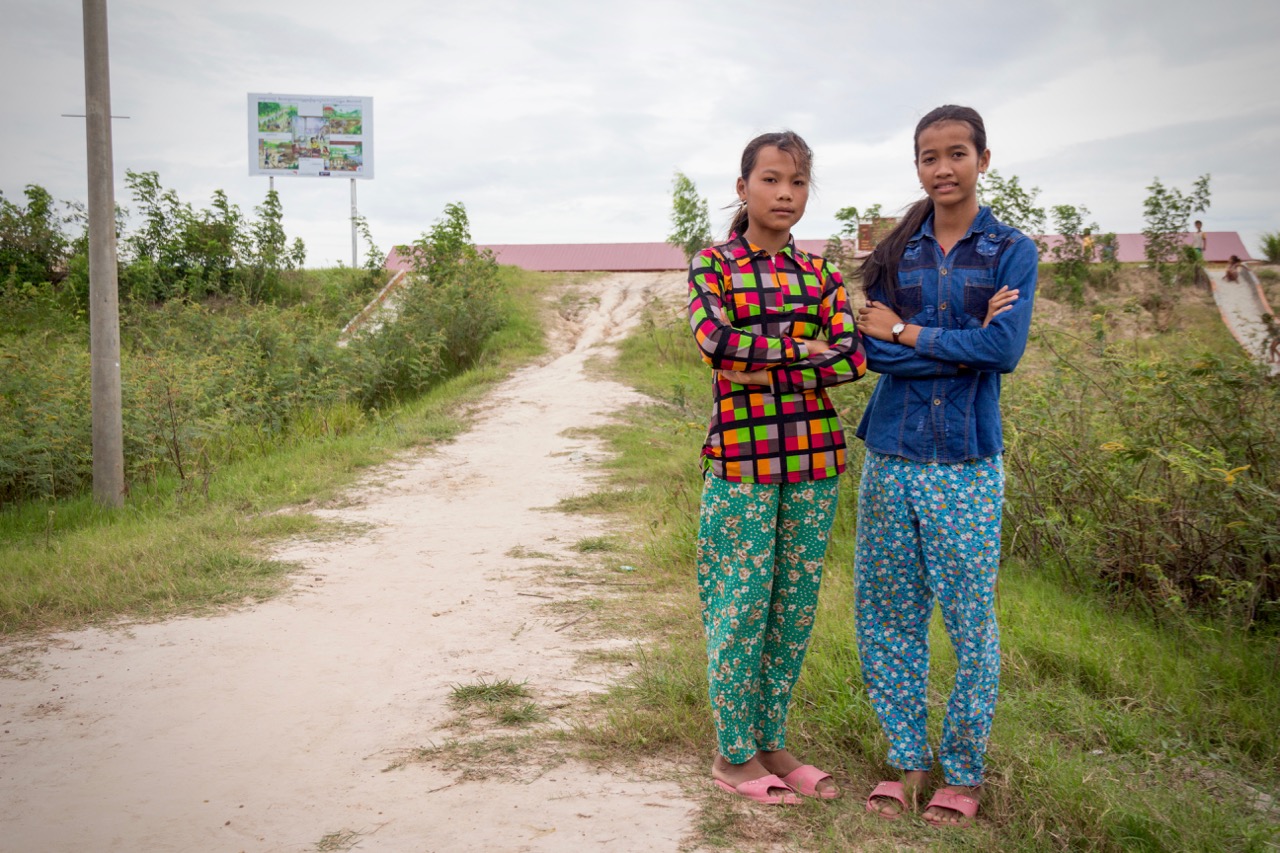 Phan Mai, 14 (blue shirt) and Srey Kouch, 15, (red shirt) are standing at the bottom of the safety hill.

The man-made hill stands four metres above other land and was built in 2014 to provide refuge for 100 families from three villages and their cattle. Before, residents had to flee to a natural hill or even across the border into Vietnam, which is over five kilometres away.

A countrywide study covering 1994 to 2013 found that Cambodia suffered severe flooding on six occasions, as well as three droughts, which inspired the creation of working groups from national to village level to avoid the risks of and respond to disasters.

"Our committee has a response team, so we know how to respond to disasters. We have our own map of affected areas to identify the signs of flooding and danger."

World Vision enhances how well these groups function at a local level to better prepare for and deal with natural disasters. Belonging to one working group, Sareth has learned about disaster management from World Vision.

“We use an amplifier to alert people about danger. We monitor updated information about the level of floods. And we attend simulation training on how to respond to them. Our committee has a response team, so we know how to respond to disasters. We have our own map of affected areas to identify the signs of flooding and danger," he continues. "We learned how to first respond in rescues and keep first aid kits and other equipment, such as the amplifier and a boat, for the rescue team to get people to the high hills.”

Through the project, World Vision works with nearly 800 disaster management committees from provincial to commune levels, benefiting over 400,000 people in Banteay Meanchey and Takeo provinces and the capital, Phnom Penh.

The United Nations General Assembly has designated 13 October as the date to celebrate International Day for Disaster Reduction (IDDR) to promote a global culture of disaster reduction, including disaster prevention, mitigation and preparedness. Since it began 25 years ago, the day has grown into a major global awareness event celebrated in many ways to encourage efforts to build more disaster-resilient communities and nations. Learn more about IDDR