In northern India, where girls are routinely harassed and too often attacked, these are unfortunate realities.

"Today, the scenario is very bad; girls are teased and harassed a lot,” explains 16-year-old Kushboo.

Twelve-year-old Chanda shares, "When we walk the streets minding ourselves and dressing according to what the society calls decent, still, for no reason the boys on the road pass bad and degrading comments. I feel very bad."

In the same space, another girl shares how she was harassed her for months.

“Passing vulgar and cheap comments, he constantly threatened me verbally and said that if I opened my mouth to tell the truth, he would kill my parents and my siblings,” Lali* says.

"A girl is perceived as an object and a liability. This perception makes her more susceptible to social evils like sexual assault, harassment, domestic violence, rape."

For the girls living in the slums of northwest Delhi, the evidence of a male prejudice is visible in the most minuscule of societal norms.

Hailing from a large family, 17-year-old Arti is well acquainted with the pressures associated with wanting a boy child. After having eight girls, her parents still pursued the quest for a male child, accomplishing the goal in the ninth attempt.

"There was this pressure of society over my parents, saying that there should be at least one boy. They used to say 'The girls will get married and go off and then who will take care of you. The boy can earn and take care of you',” Arti says.

"A girl is perceived as an object and a liability. This perception makes her more susceptible to social evils like sexual assault, harassment, domestic violence, rape and other heinous acts," says Jesleen Kher, a gender and development specialist at World Vision India.

FORMING BONDS IN THE STRUGGLE

For a long time, the girls living north west Delhi faced similar struggles but there was no sense of unity. 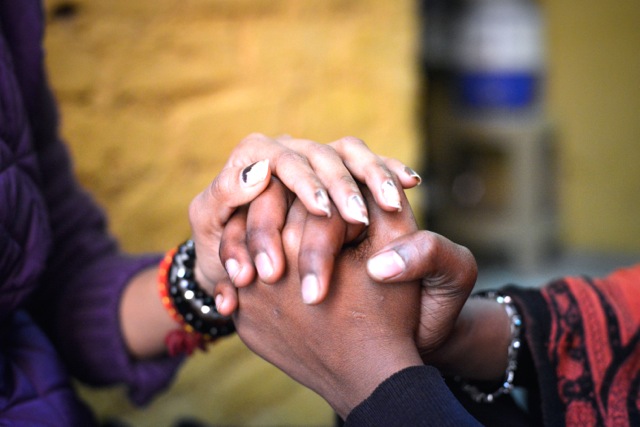 “They did not have a platform where they could come together and share each other's experiences," says Vandhana, a community member and World Vision volunteer.

When news came that World Vision wanted to start a girls’ group, the community was enamoured. Hungry for knowledge, girls poured into a World Vision centre and diligently attended group meetings.

From awareness of self to lessons on critical and creative thinking, from problem solving to communication skills, a group rose to clutch the very treasure which had been stolen from them – self-confidence.

"Earlier we lived in fear,” adds 15-year-old Kiran, president of the girls group. “Now, we are not afraid anymore to raise our voices against injustice and share our opinions. After joining with World Vision we have got the boldness to face the world." 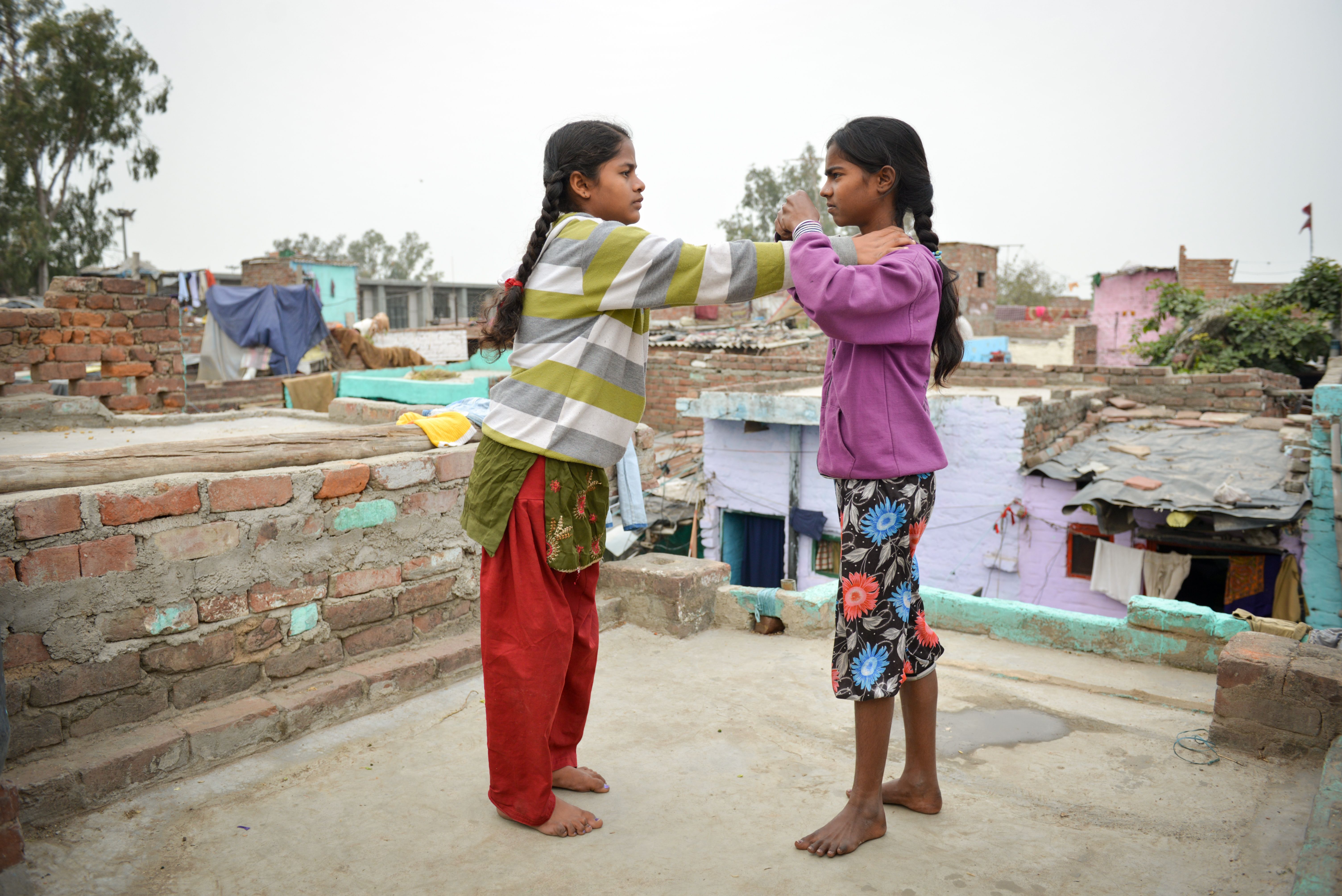 GANGING UP TO FIGHT VIOLENCE

To help overcome the fear of harassment, World Vision facilitated a special training workshop along with the Delhi Police.

"With the help of the Delhi Police, we facilitated a self defense workshop where 67 girls participated, learning the necessary skills to protect themselves in case of attack," says Shiny Mathew, a community development coordinator of World Vision.

While learning how to evade a knife attack or the tactics of breaking free from the firm grip of the attacker, the training has helped the girls become tough and self-reliant defenders.

Equipped with the sword of empowerment, the girls group now sets out to tear down the stringent culture and reform their community. They use skits, street plays and videos as mediums to evoke change.

TAKING THEIR MESSAGE TO THE COMMUNITY

On this afternoon, the girls group meets on a forgotten rooftop amongst the city’s slum.

Breaking the ice, Suman, one of the oldest members, announces, "We have another chance to make a difference and to get our voices heard. Our group has been invited to perform at a social event. Any ideas of what we should present?"

"We should do the skit showing discrimination that exists in our society," says 13-year-old Jyoti convincingly.

A unanimous yes solves the dilemma. Soon, a drama is decided upon, with each girl given a role and responsibility, and rehearsals begin.

Before they disperse, group leader Kiran encourages the group, "We are all set for the event. It's our time to show the people what we have learnt. Empowerment starts from us girls." 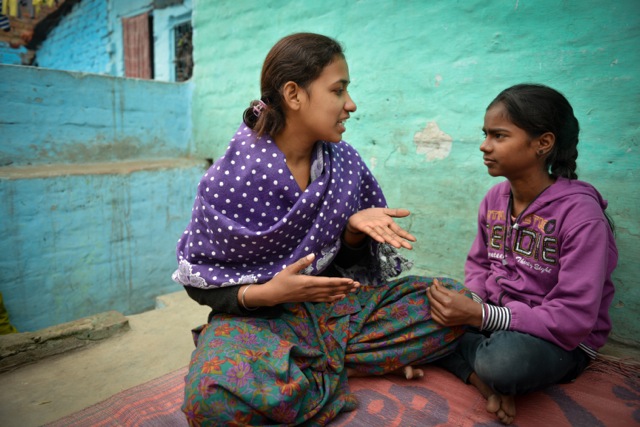