Nancy is mother to 17-year old Sydney, a student currently receiving TB treatment from one of five World Vision treatment sites in Daru, Western Province, supported by the Australian Government. Nancy recounts her son's journey to healing and recovery and shares a poignant reminder of how love and support can help cure TB.

For days, my 17-year old son, Sydney, struggled with night fevers. I watched with dread as he grew thinner and paler every day. His stomach ballooned like a pregnant woman’s belly.

Having recently attended an orientation on Tuberculosis (TB) organized by World Vision, I began to suspect that my son may have contracted TB. And so we went to the hospital and I had planned to bring him straight to the TB clinic, but overcome with shame, my son insisted that I take him to the general ward instead.

Here in Daru, TB stirs strong feelings of fear and shame. People are afraid to get TB or are afraid of being thought to be sick of the disease. For those with TB, the fear of being shunned by family and friends is great - even greater than the fear of dying of TB.

And so for two weeks my son was confined at the general ward and the doctors and nurses there couldn’t identify his sickness.  We were finally transferred to the TB ward where, after only a week of taking TB medication, my son’s condition improved. Sydney’s swollen stomach shrank to its normal size.

I thanked God that the TB treatment was helping him. But I knew that TB treatment alone would not be enough to cure my son of TB.

The first time that he saw the amount of drugs he had to take daily, Sydney felt overwhelmed. It was so many for him to take. So what he did was he prayed over the drugs and swallowed them two tablets at a time. I watched as he struggled with his daily medications and injections and the painful side-effects of the drugs.

I knew then that my son will need all the support and encouragement that we, his family and Church, could provide. I knew that we need to build his confidence in himself that he can take all the drugs faithfully.

And so during the whole month that Sydney was in the hospital, we his family, his school friends, his Church friends, stood beside Sydney. We were all there for Sydney. We showed our love and we made him laugh and smile with our jokes and our stories.  Sydney was constantly surrounded by people who love him and he didn’t feel like a patient in the ward.

Soon Sydney was well enough to leave the hospital and go back to school.

World Vision tasked Henry, a TB treatment supporter to make sure that my son persist with his daily medication and injections. Every day Henry would come to our house early in the morning, before Sydney goes to school, to give Sydney his medicine and injections. Like a caring father, Henry would encourage Sydney to swallow all of the drugs. Henry was also happy to answer any of my or Sydney’s questions. 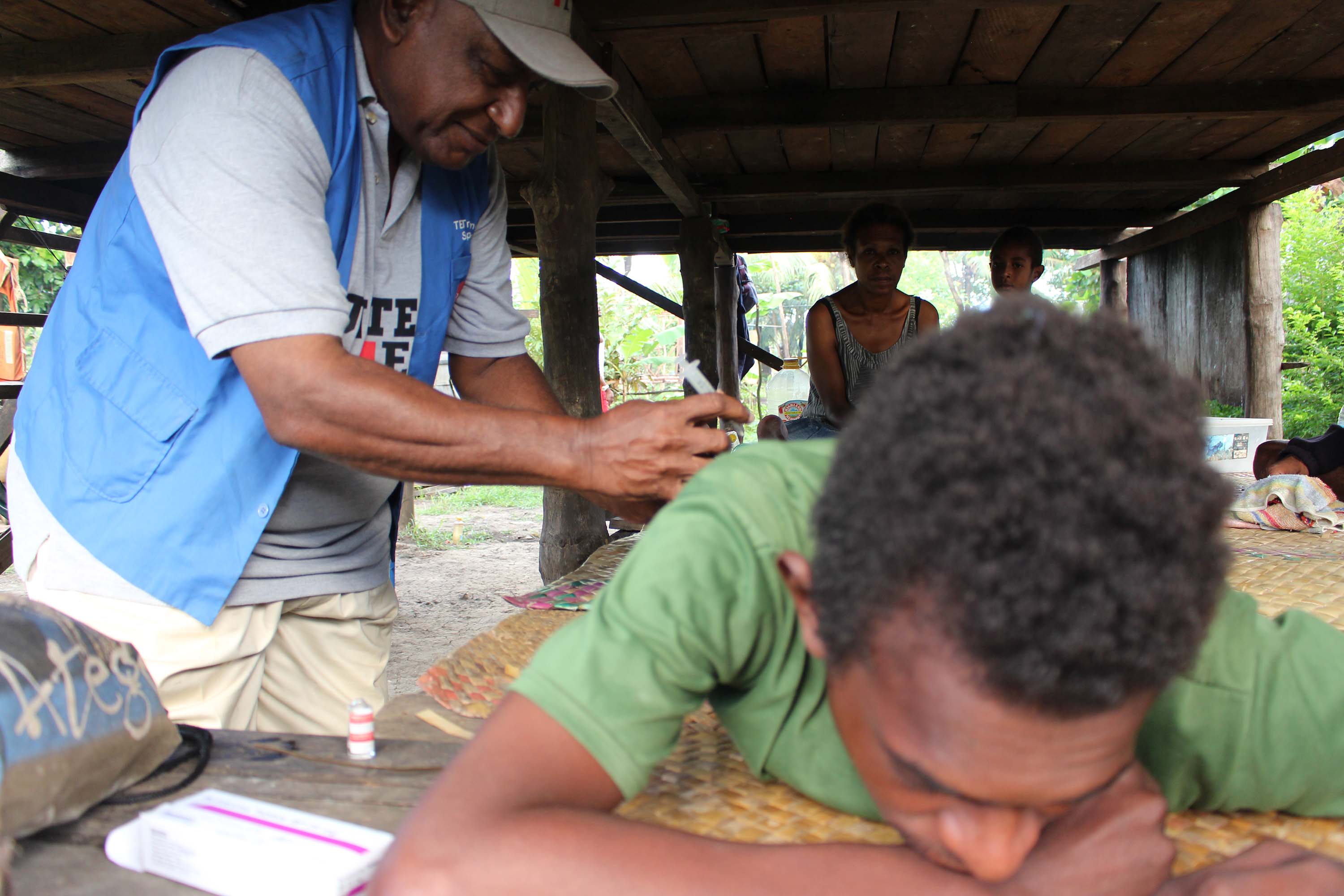 In a few month's time, Sydney will be completing his TB treatment. I look forward to that time when he is finally cured of multi-drug resistant TB. 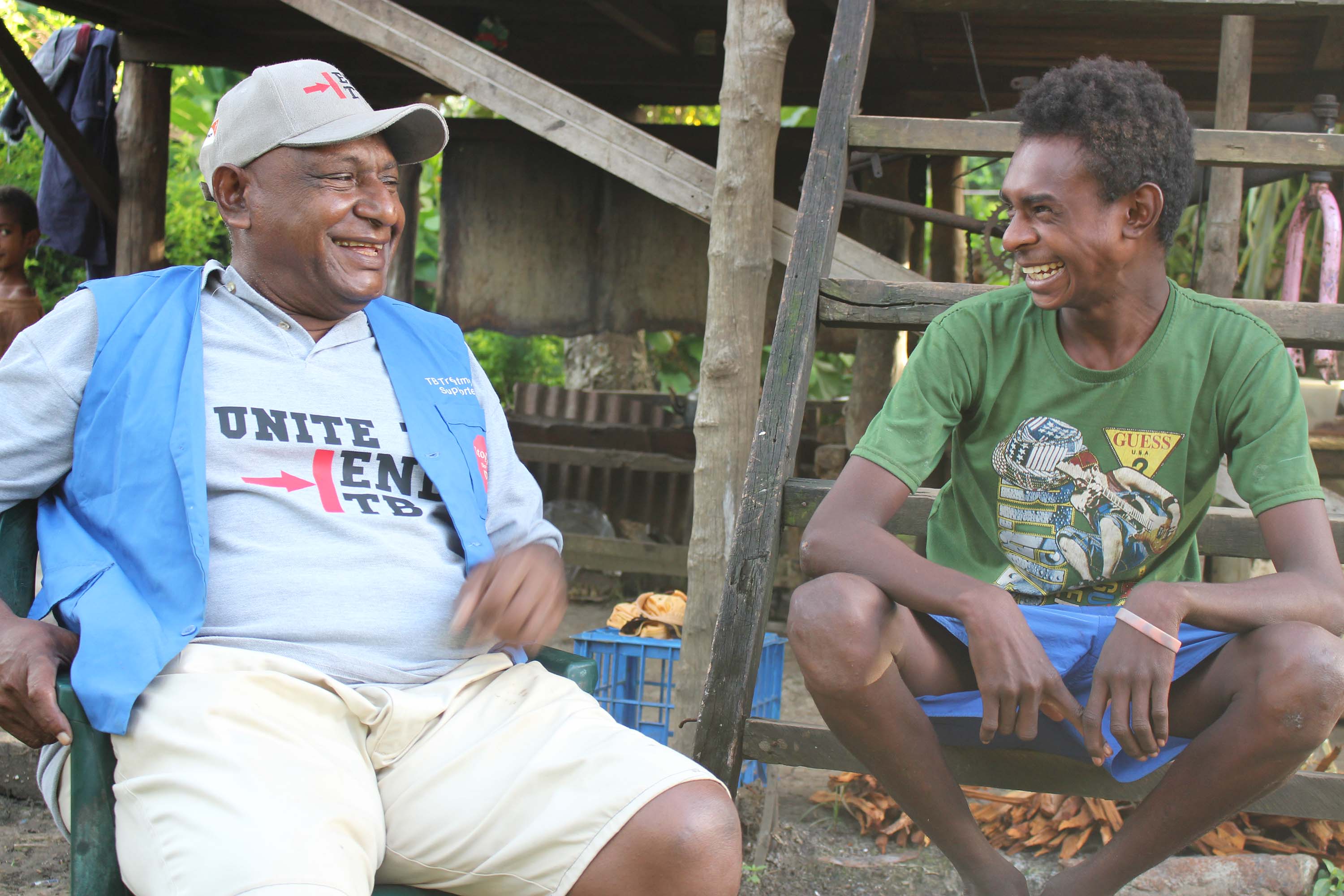 For those who are feeling the symptoms of TB but are afraid to present themselves in TB clinics, I say it’s not a thing that you should feel ashamed of. It’s a sickness that is going around in Daru. You can think your way but God thinketh the other way. So if you’re hiding there, you’re just making yourself sick, suffocating yourself in the house. You need to come out publicly and get your medicine faithfully so that healing can come through you.

For healing to come to those who are sick with TB, there must be love. Love is the best cure for TB, because love inspires people to be faithful to their daily medication.  I urge everyone to love the person that is sick in your home, your neighbour, or your friend, whatever he or she is to you. TB drugs and love can heal.