The crisis that began in the north part of Mali in 2012, has spread to its central regions causing a complex, sensitive and persistent inter-community conflict. According to OCHA the crisis has caused, the displacement of over17 000 people, made over 300.000 people food insecure in the regions and left around 165.000 children suffering from malnutrition. The lack of rainfall in recent years has had a negative impact on the agricultural season. In addition, people’s fear to cultivate in their own fields, due to reports of some been murdered while doing so, this year, has not helped to improve the situation. As a consequence, most affected families find it difficult to guarantee three meals a day in their households. This reality was contributed to increase the number of children under five years old suffering from malnutrition in the region.

Salimata Dougnon (28) an internal displaced mother of 4 children from Djanweli village 60 kilometres from Koro, is among the people affected by the crisis. During the conflict, like many Salimata, had to abandon her place of residence and in doing so, leave everything behind. “We simply didn’t had time to take anything with us, we had to leave our food, clothes and all the property there. Maimouna (11months old) daughter got very ill soon after our displacement” Says Salimata look at little Maimouna. Despite, the fact the little Maimouna very ill, before taking her to the local Barapireli health centre, Salimata treated her daughter with traditional medicines based on local tree roots, for a period of four days. In this part of the world, traditional medicine is given great importance, to the point that mother only take their children to health centre as a last recourse.

"I eventually took her to the Barapireli health centre, where after treatment she got better. To be honest I had almost lost hope, but after the first consultation at the health centre, the doctor told me that Maimouna was suffering from malnutrition. He gave me seven sachets of 100g Ready-to-use Supplementary Food (RUSF) to give to Maimouna daily, before going back for a second consultation. I didn’t have to pay for this medicine, thanks to a donation from the World Vision, an NGO who cares for malnourished children in our communities". Added Salimata sitting with other women outside the health centre. 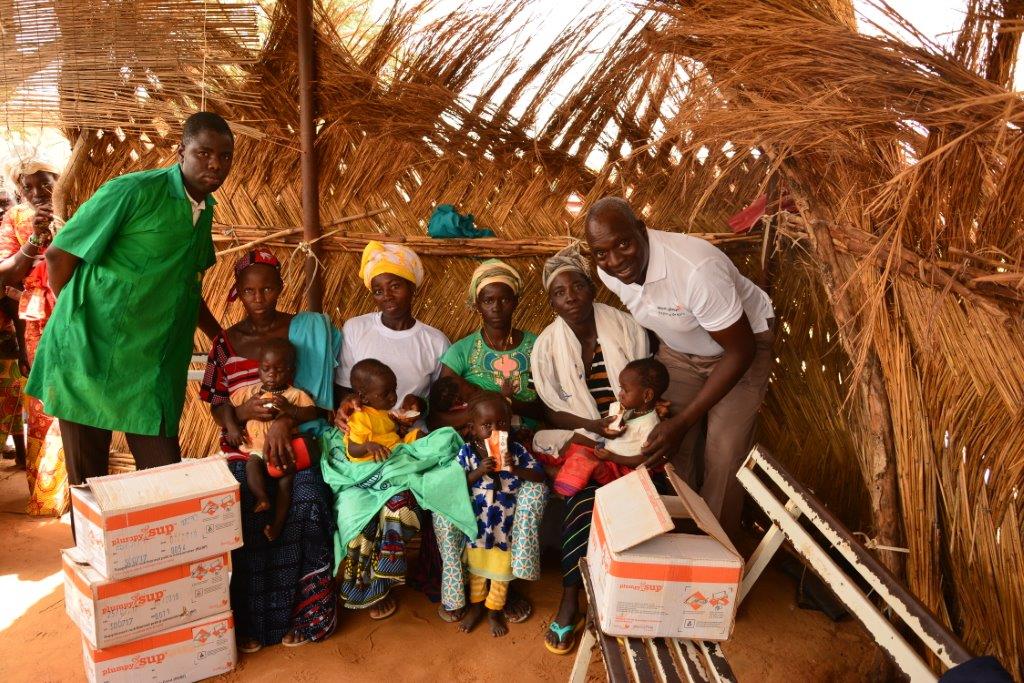 Salimata’s, experience turned her into a truth advocate against the use of traditional medicine in her host community. After the total recovery of her daughter, she decided to share her experience with other women and advise them to do the same. “I am really happy to see my child in good health. That's why I decided to share my experience with many other women that I daily encounter at church, or while fetch water at the local borehole. I talk to them about the importance of feeding their children well and I encouraging them to take their sick children to the health centre early.''

World Vision Central Mali emergency response is making many more mothers happy in the crisis area, by providing medicine that treats children suffering from malnutrition. In July 2015, Koro Health District and Reference Health Centre received from World Vision, 1050 boxes of Ready-to-use Supplementary Food (RUSF) in a total value of around 61,248.010 US $, that soon after were distributed to 8 community health centres like the one in Barapireli. This donation has enable to this date to care for 503 children under five years old, suffering from moderate/severe malnutrition like little Maimouna.