Ngala* was playing with friends at home when the war erupted. At the age of just eight, the budding conflict in his home of Kasai in the Democratic Republic of Congo turned his life upside down, as he lost his father and was then forced to join the militia.

“I was playing with friends at home when soldiers came to pick up our father. Later, our neighbours informed us that our father was killed,” Ngala, now 10, tells me.

“The soldiers came again the next day to pick my mother. She cried and begged them not to kill her. She was released.”

Fearing for their lives, Ngala, his mother Makenga,* his brother and his sister fled the village and went to stay with their grandparents, some 50 kilometres away. Unfortunately, their grandparents' village was also affected by war.

“I met new friends and they asked me if I can go with them to Tshota (‘place of sacrifice’).They told me that I was going to get some powers to protect myself and my family,” recounts Ngala, saying he realised afterwards that his new friends had set up a plan to initiate him into the militia.

“From that time, I did not go back home. I stayed in the bush and I was given a machete to use as a weapon. A lot of bad things were happening in the bush. We were looting people’s homes to get food.

“One day, a friend died after being shot by a bullet. I was very scared.”

After witnessing the dreadful encounter, Ngala decided to escape.

Millions of children in Kasai have been impacted by the war that broke out in this area of South-Central DRC in August 2016. There are stories of abduction, rape and the use of children as young as five as fighters. A UNICEF Report,‘The Future of Kasai: Children at Threat’published in December 2017, indicates that 40 to 60% of the recruited militia members were children under the age of 15.

World Vision is supporting families and communities in Kasai to set up Child Friendly Spaces (CFS) as a way of protecting and offering support to affected children. CFS offer an opportunity for children like Ngala to learn, play and socialise with friends.

“I do play and have fun with my friends here. I don’t want to go back,” Ngala tells me – he has been visiting one of the CFS since January 2018. He confides that the CFS has helped him to get rid of bad memories about the war. 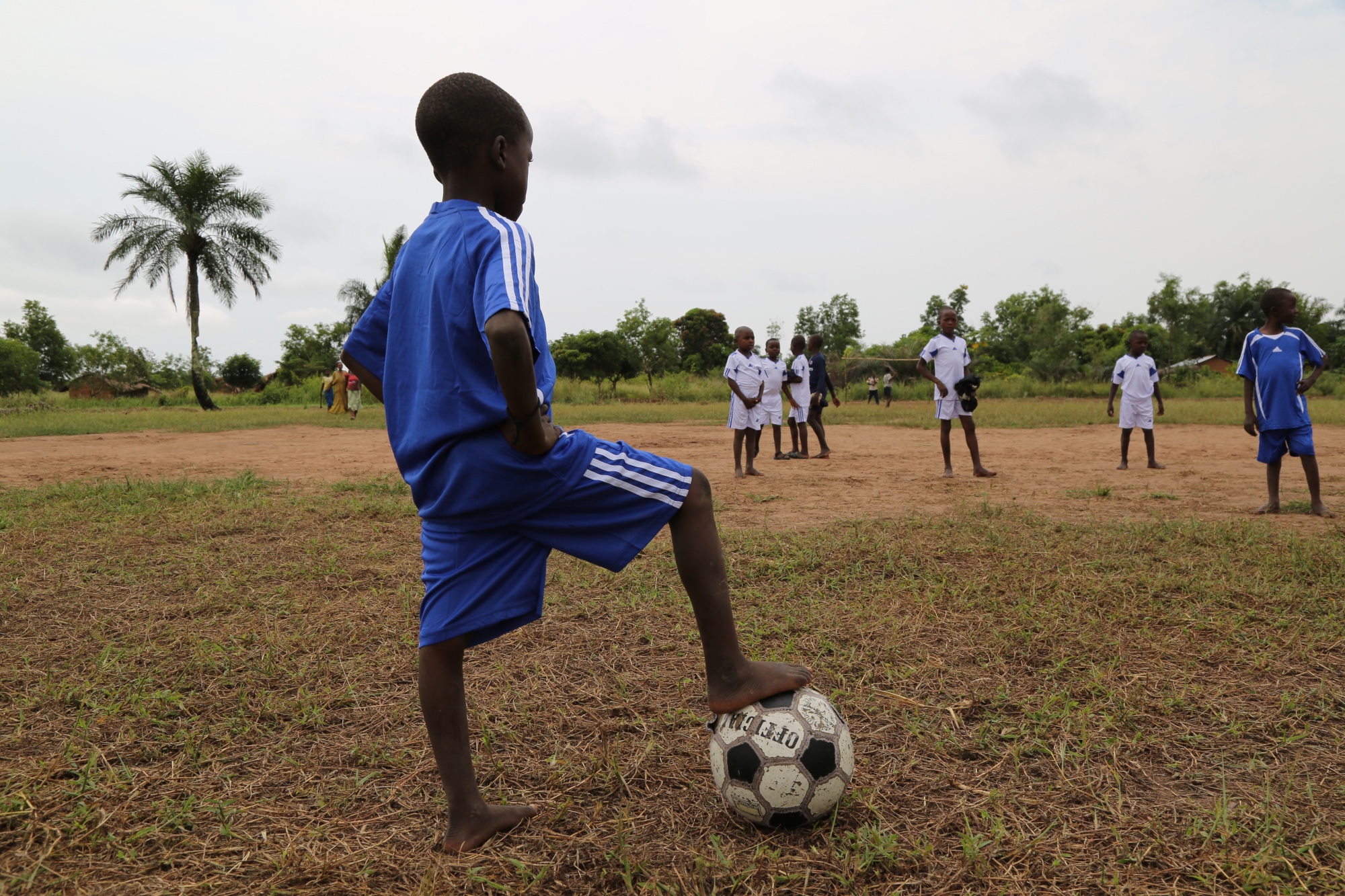 The CFS are also being used as referral places for orphans and unaccompanied children. The centres give parents a chance to go about their daily activities without worrying about their children's safety.

World Vision Kasai Response Manager, Davies Bishi, explains that there’s a need for more investment in psychosocial support and care for the affected children. He says that these children, if neglected, might end up re-joining armed groups and continue the conflict.

World Vision Australia and World Vision DRC are partnering with UNICEF to help improve education for children like Ngala. More than 5,000 children in 15 schools are receiving support through catch up classes, school supplies, and improved teaching and classrooms.

Children never start wars, but often end up being the worst affected. Apart from experiencing a whole range of psychological and social effects following the emergency, most children who I interviewed in Kasai explained that they would stay in the bush for days without eating any food.

I have a son that looks similar to Ngala, with the same height and physique. However, my son is eight and Ngala is 10. This probably points to the fact that most children in Kasai are stunted due to poor nutrition and lack of psychosocial stimulation, as defined by the World Health Organisation.

It is a race against time. There is an urgent need for more funding to get more children to CFS, where they can get support, access to education and other extracurricular activities. This needs to be done now, or else these children are in danger of going back to the bush.

*Names have been changed to protect the identitites of Ngala and his mum and keep them safe.