There are over 60 members of staff working for World Vision's Humanitarian Response in the Kasais. Many of them are far away from home, while others are from the Kananga area and were touched by the conflict personally. Ahead of World Humanitarian Day, we spoke to just a few of the team members dedicated to delivering humanitarian assistance to the people of Kasai and Kasai Central. 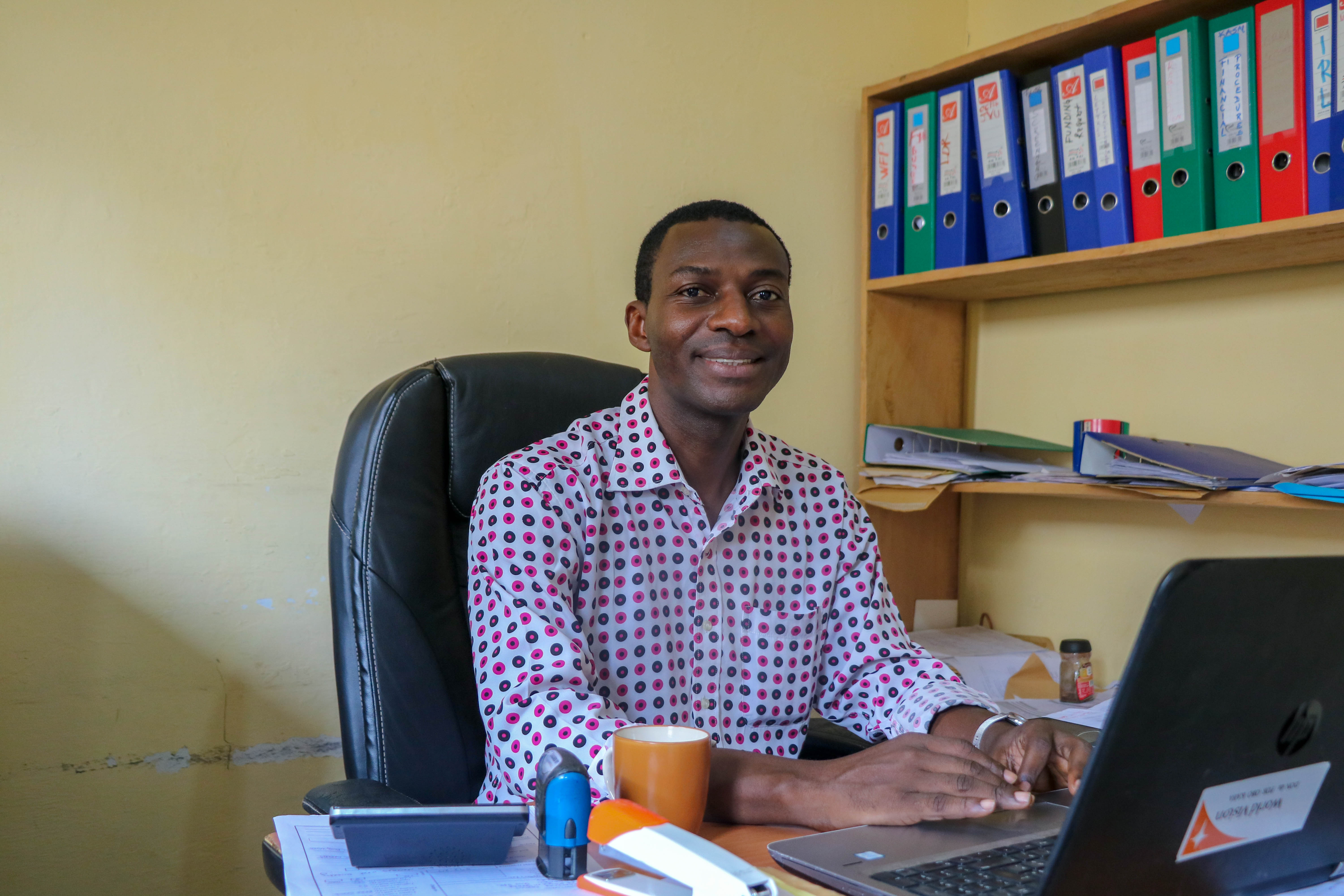 Paul Kasengele has been working with World Vision DRC for 12 years, first with development ADPs and then as the finance manager for the Western Zone. He was one of the first people on the ground in the Kasais when World Vision began its response in July 2017.

“At first I was interested in a new challenge – the opportunity to help World Vision set up operations in a whole new area and reach some of the families who had been so badly affected by this new conflict. It was important to me to respond to the call, and on a personal level it was also something I really wanted to do. I was born here, and although I didn’t spend much of my childhood here, I greatly wanted to respond to the needs of the children here.” 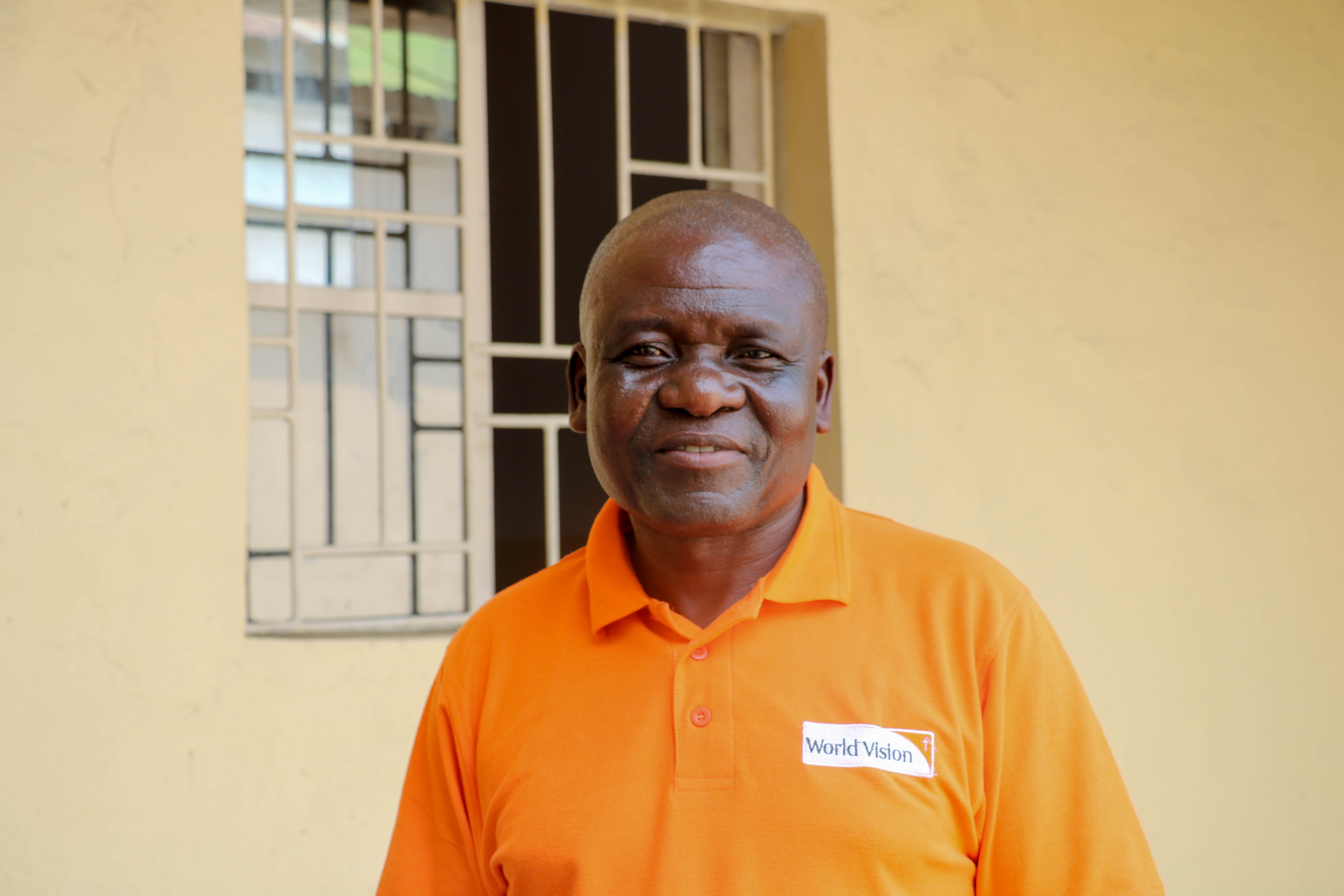 Le Bon is a food monitor with World Vision in the Kasais. He worked with the teams in Katanga province for ten years before coming to Kananga last summer, where he was part of the first team on the ground distributing food August 2017.

“To me being a humanitarian means reaching the people in need and working in the community with families. It’s almost like being a missionary – there’s a real calling to respond to crises and help those in need.

The Kasais are much harder than Katanga – there is so much need here, and we work hard to keep everyone calm and make sure everyone knows they’ll receive food at the distributions.” 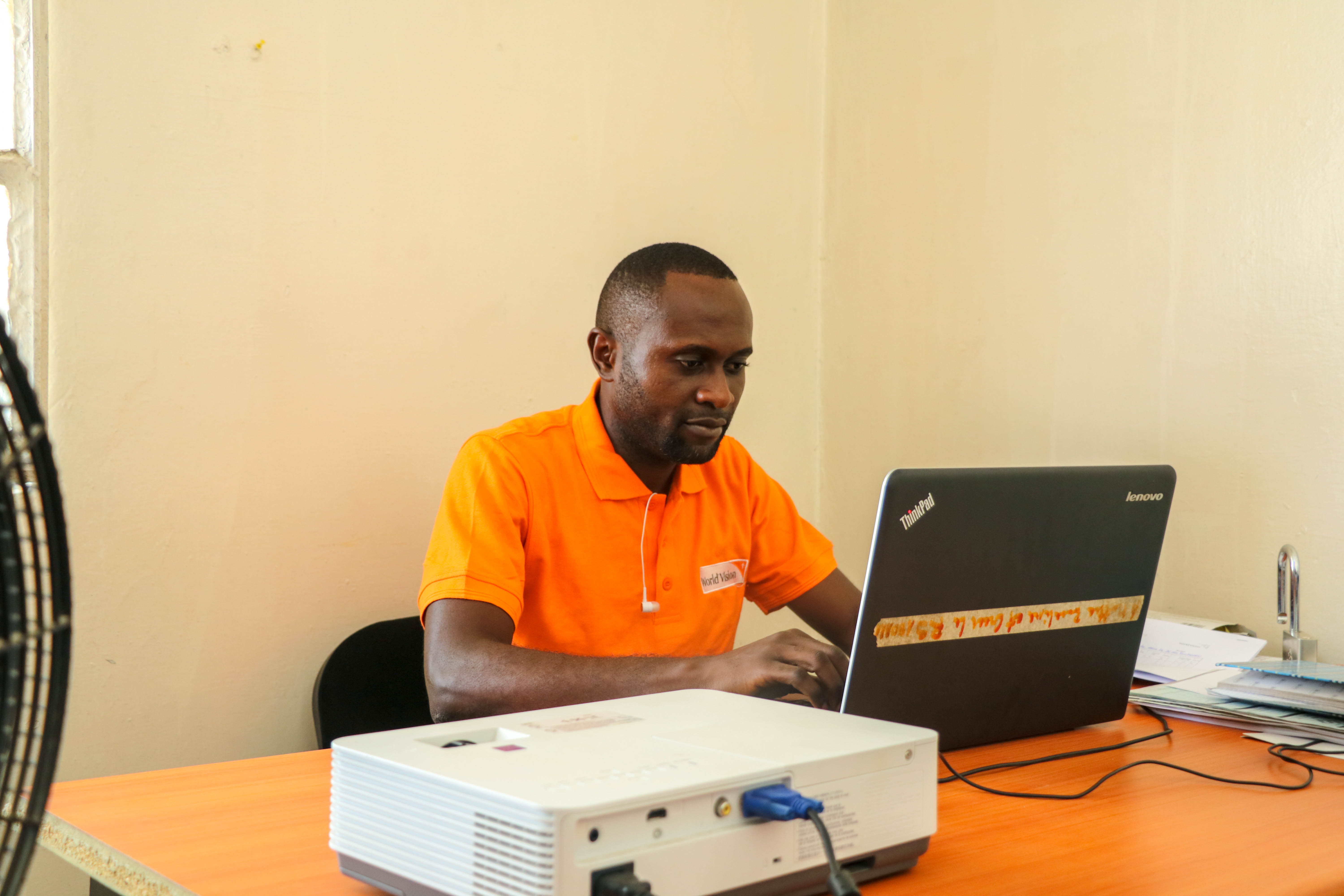 Patty Mwema has been a Food Assistance Information and Reporting Officer with World Vision since 2011. He was working in Katanga province with Le Bon before arriving in Kasais last August to help manage the process of registering families for our first distributions.

“I really wanted to help World Vision in its mission to reach the most vulnerable. We were hearing terrible stories about families who’d been touched by the crisis here, and I felt like I needed to do something. World Vision offered me the opportunity to help my brothers and sisters in the Kasais.

The context is difficult here – the conflict stirred up a lot of ethnic tensions, but when we distribute we work with each village on a case by case basis and do our best to help reunite the communities with the aid of their chief.” 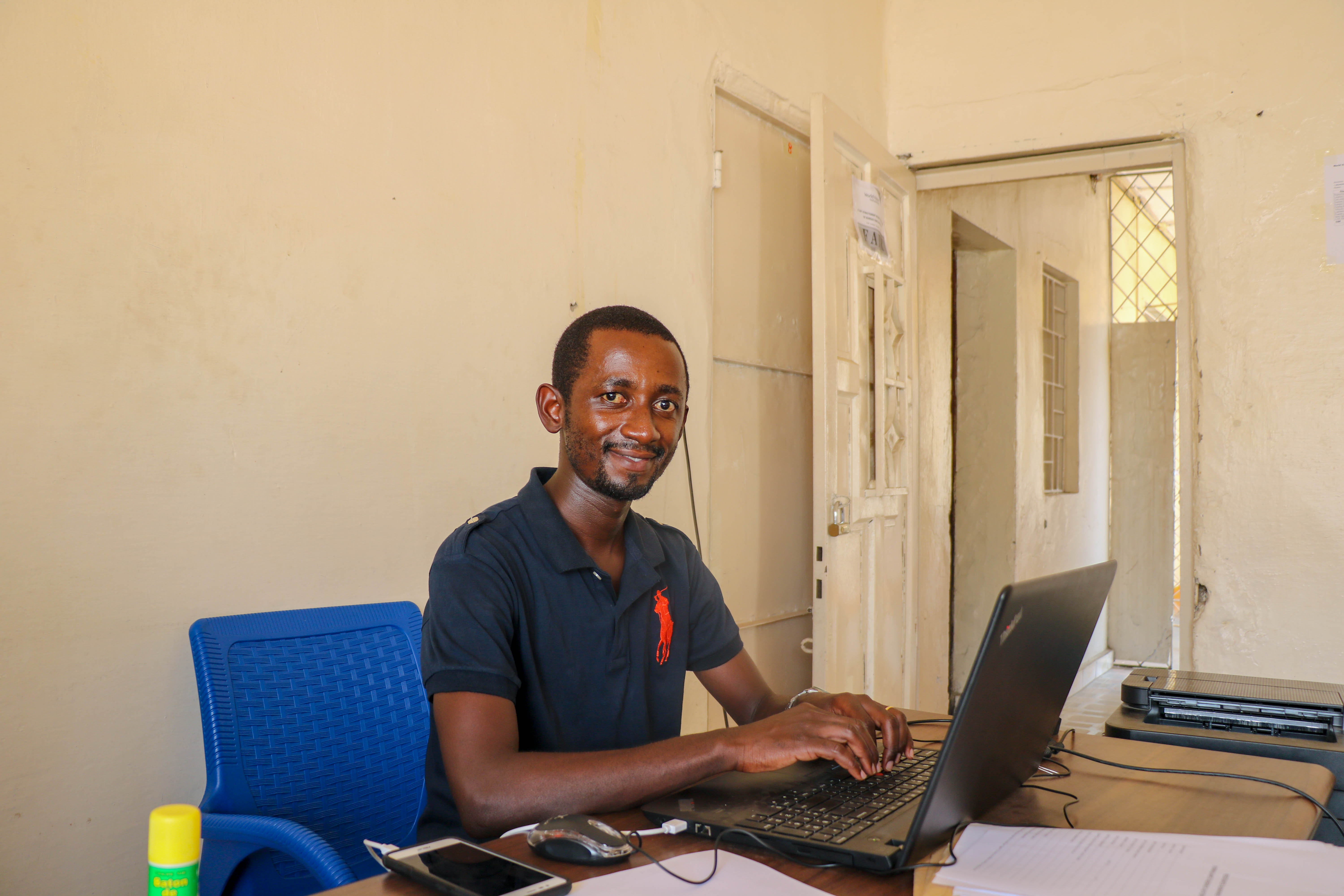 Claude Kashibura has been working with World Vision in Bukavu in South Kivu since 2013 as a Food Assistance Information and Reporting Assistant. He came to Kananga in February to assist Patty when World Vision continued to scale up food distributions and began distributing cash assistance as well.

“Bukavu was a humanitarian context too, but it’s different. Here it’s a true emergency – when you see what’s happening here in comparison to the Kivus, these people have much harder lives. Unfortunately, the instability and levels of criminality seem much higher in the Kasais too.

I like knowing I’m part of an organization that is reaching the most vulnerable, and my efforts are helping them receive at least a bit of support. Just knowing I’m able to contribute to making a small difference is really important to me, and that’s why I’m working with World Vision." 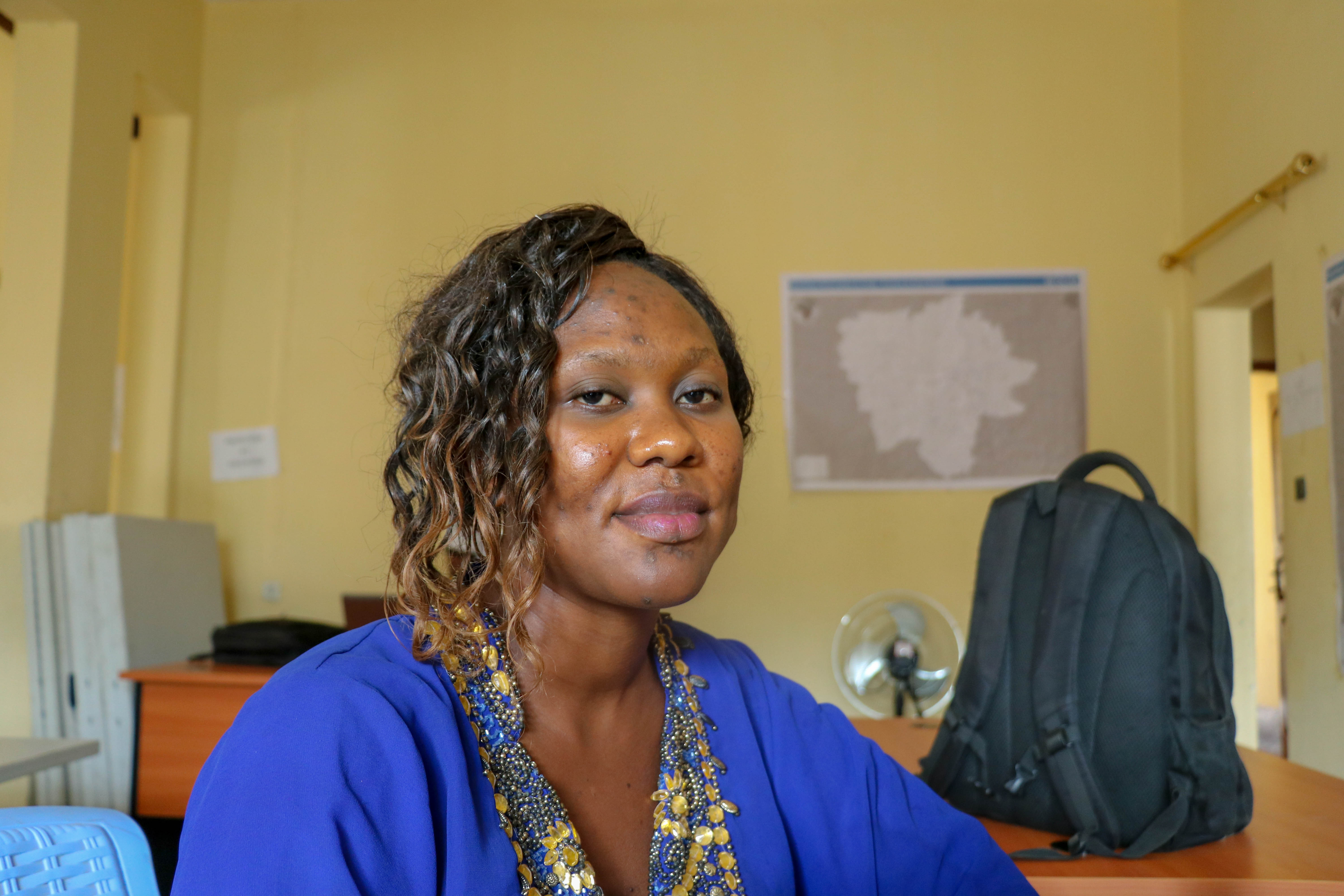 Betty Malli has been working with World Vision as an evaluation assistant since March and was promoted to an evaluation officer position in August.

“I was in Kananga during the crisis, so although we weren’t directly touched by the violence, we hosted my brother and his family when they fled from Kazumba. The armed groups had surrounded his village, so everyone fled. Most went to the bush, but since he had us he came here.

I’m glad we were able to help them, but it wasn’t easy. The prices of everything went up in Kananga, and we were squeezed quite tightly – two families living in the one house. We would never have done otherwise, but it was a lot.

I was working for a local NGO that works on women’s rights before, but seeing the crisis that came and all the aid that was arriving from the NGOs – I wanted to be a part of that. It’s my first experience working in a humanitarian context and I wanted to support my brothers and sisters who had been affected by the crisis.