“We are going through tough times. Encouraging others to join me and do something to fight hunger was the only solution. We need to move on with the support from World Vision”, said Xavier Tivane. The chairman of Reformada Farmers Association, 60-year old Tivane led the initiative after realizing that if nothing was done, his village would succumb to hunger.

The distribution of planting materials of sweet potatoes as part of the project on reviving community gardens became the light at the end of the tunnel for at least 2,000 people in the communities in southern Gaza province. The rains have started and growing the potatoes and other vegetables are helping farmers with short-term solutions after the drought.

Reformada was established in 2009 and served as a strong support for farmers, sustaining crop production until El Nino happened impacting the entire southern region of Mozambique. World Vision stepped in to provide the urgently-needed assistance.

“The water system that provides irrigation to our fields dried up rendering the water pumps earlier provided by World Vision temporarily useless. Prior to El Nino, World Vision also supported the association’s first agriculture campaign with seeds. When the rains stopped, the crops composed of maize, beans and peanuts never survived”, said Tivane. 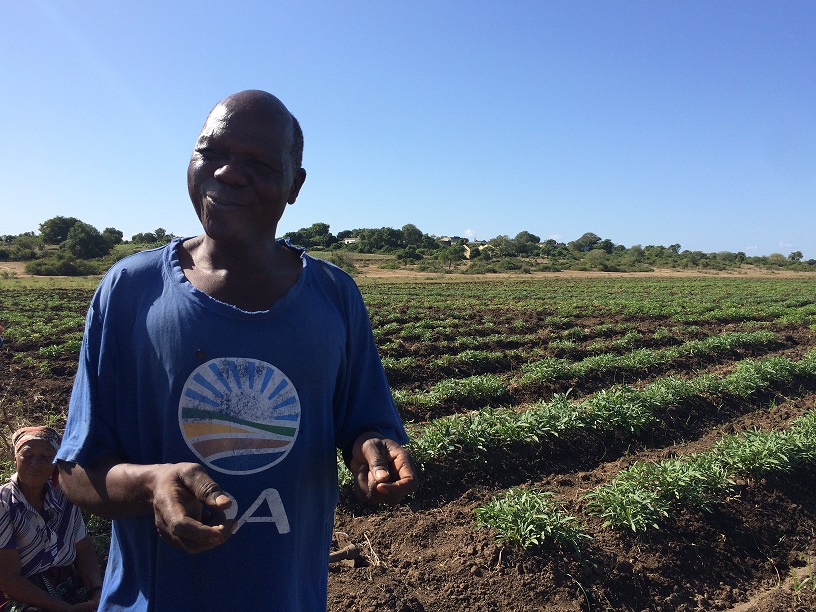 Tivane’s faith that they will rise through the crisis is unwavering. “We always had enough water since 2000. Drought started getting is trouble in 2014.  This year’s El Nino reminds me of the hunger years in the 80s in Mozambique”, he added.

Many in the communities do not have money to buy their basic needs from neighboring towns because their only source of income come from the crops they grow in the farms. This year they have nothing to harvest. World Vision recommended sweet potatoes because they are easy to grow and can be harvested in less than three months.

“The root crop has multiple use. Its leaves can also be cooked and is a rich source of nutrients”, said Domingos Manhica World Vision’s development officer who works with the farmers.

Authorities at the Ministry of Agriculture’s Food Security Secretariat reported that the project will help alleviate an estimated 50,000 children from hunger. It will also help prevent them missing school. This will likely increase as World Vision’s program to boost food security through these community gardens replicated in other communities starts.

Every member of the association is also encouraged to plant sweet potatoes in their individual farms. Ana Macamo is one of the newest members of the association who started doing these in her farm assisted by her five children. “I joined the association this year after the maize and beans we planted did not survive the drought. This initiative will help me and my family”, said Ana. She also convinced her neighbor Laura Sitoe, 56, to become a member. 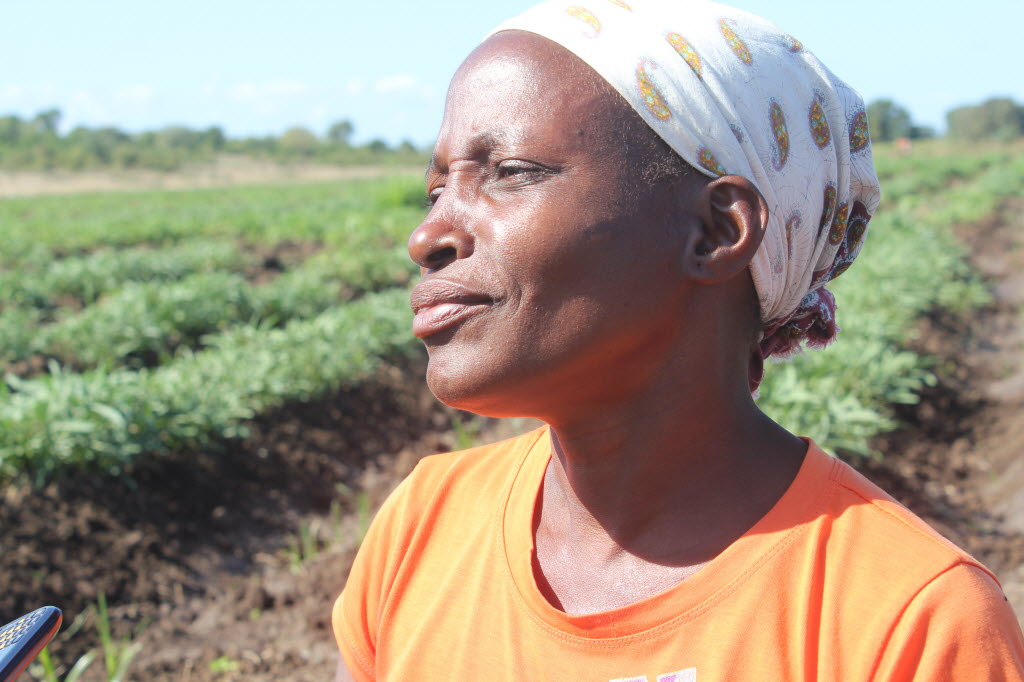 “My children will have a balanced diet at home because of this project. It might not be as abundant as before but this will ensure they eat a meal before going to school and when they come home”, said Laura.