Although Malawi was not the country hardest hit by drought that has swept through Southern Africa it is one of the poorest countries in that region. So when the drought hit, it devastated a population where almost 70 percent are dependent on subsistence agriculture for their livelihood. Agriculture accounts for 90 percent of exports meaning that the recent El Niño has been catastrophic for that country.

Patrick Namusona, a farmer in one of the worst hit districts, reflected the feelings of millions like him when he said,“Trust me, I was afraid of the future.” 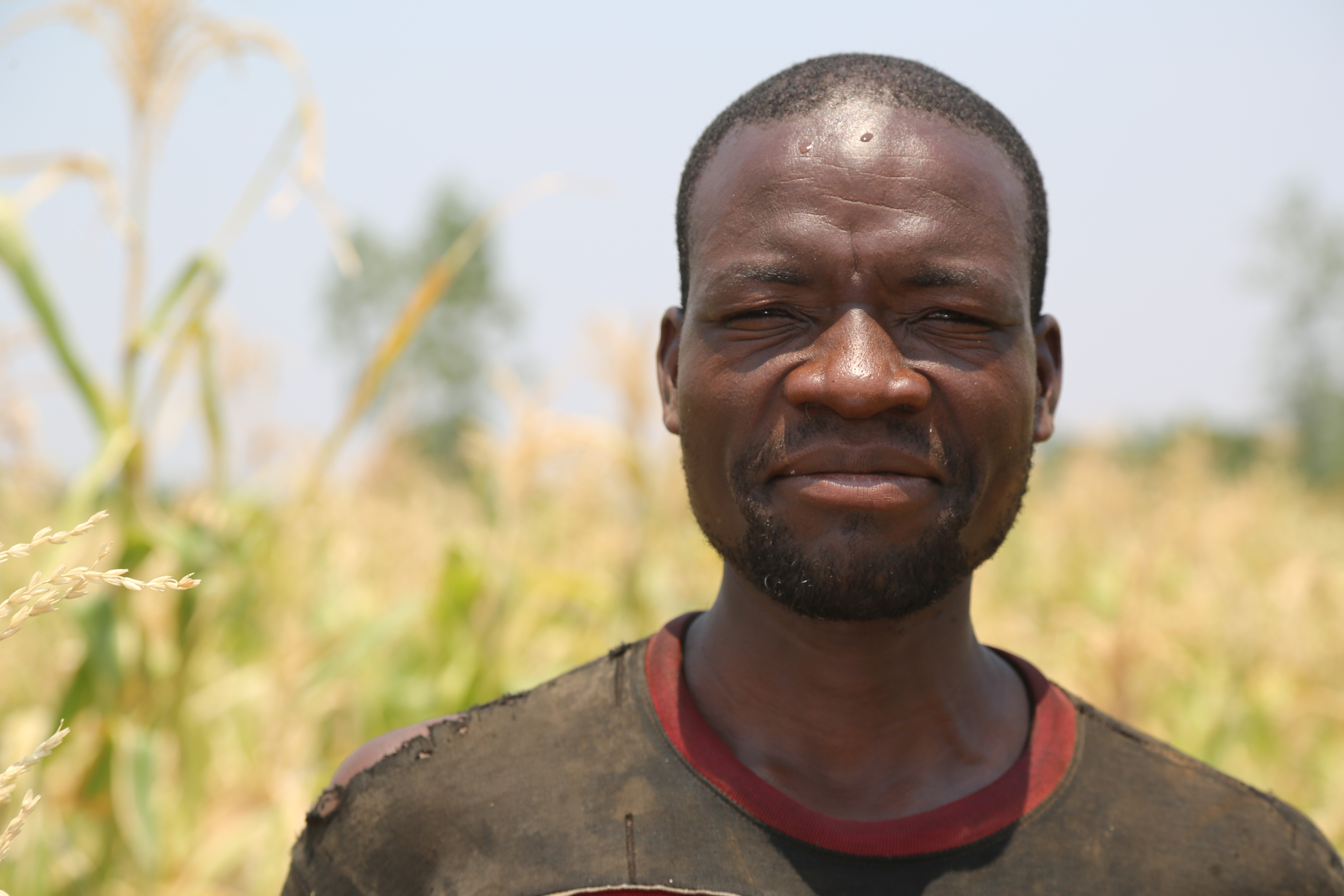 Patrick Namusona, 40, is a farmer in Malawi with three children who World Vision has supported.

“I planted in December and the maize dried up,” he says. “I then planted again in early and finally late January but it was all for nothing,” he says before adding stressing that “the whole village is hungry”

While Namusona would normally harvest 35 bags of maize from his two acre garden, the 2015-2016 farming season was a year to forget. For all his hard work and commitment, his family only harvested two bags. In his village, farming is not only how people feed themselves, but it is also how they earn money. Namusona and his neighbours were living out the very situation that earlier forecasts had predicted.

World Vision, the World Food Programme (WFP) and government of Malawi responded by launching the country’s largest ever aid programme in July 2017. The programme aims to deliver at least US$56 million worth of food assistance to over 1 million people. While most of the aid will be distributed as food, some people will also receive cash transfers.

Although this will satiate the hunger of many this year, the greater concern as how families will feed themselves over the next months and years as drought become the ‘new normal’ in Southern Africa.

World Vision is attempting to address this by implementing disaster risk reduction and recovery programmes in some of the areas worst affected. In the Zomba district, where Patrick lives, World Vision and the World Food Programme are implementing a three-year Disaster Risk Reduction Project targeting 3,200 households. By the end of the project, irrigation, livestock farming, fisheries, land resource and forestry management will have been improved through the project.

Generous donors in the United States have funded another project called the Malawi Drought Recovery Project which targets over 80,000 people. Households involved in the project will fully commit to gardening for six months so that they can produce enough to feed their household. World Vision is distributing seeds for drought tolerant and early maturing crops to help boost their yields and the organisation is also training the farmers how to help the land regenerate, so that it can stay fertile (Farmer Managed Natural Regeneration). “I didn’t have fertiliser and seeds therefore the help that I received have helped us. Beyond that World Vision officials are often monitoring me and other farmers to see how we are working with the inputs that they gave us which is encouraging on its own”

“The seeds and fertilisers that were provided have allowed us as a family to produce the maize that we are currently eating,” said Namusona.

One thousand families received the seeds and fertilisers, but Namusona believes that many more benefitted by receiving food. “I am not eating all the 20 bags that I have made from my plots,” he says. “I will be selling some of the maize to buy some more fertiliser for the maize that I have planted as well as to buy clothes and other school materials for Samuel and his brother,” he adds, pointing at them before adding that that they give him a lot of support in the garden whenever they knock off from school.

Beyond hunger, the drought has had an insidious affect on children. It has forced children out of school and into early marriage in some areas. In the Zomba district, school attendance children has improved and the project has the potential to be implemented widely throughout the country. 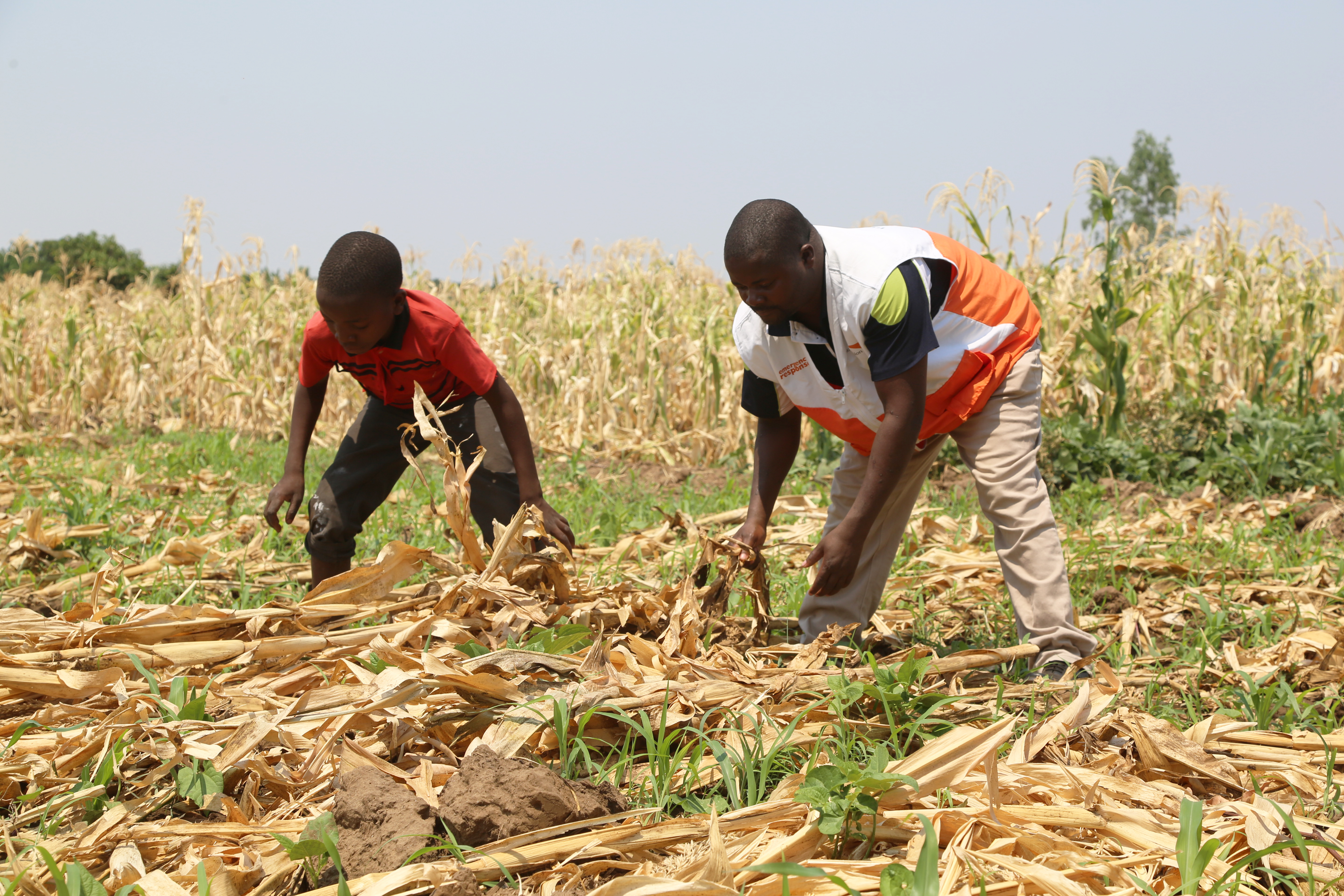 Above all, Namusona is happy that the response has helped him to be independant. As much as he wishes they had more pipes to irrigate more land and high yielding seeds to be given to many more farmers, he is happy that World Vision’s response has boosted the community’s own capacity. “I wish World Vision or any supports would help us with more pipes and treadle pumps so we can have a lot of land under irrigation,” says Namusona. He reaches out for his treadle pump as he helps his son Precious pump water from the well he made right in the garden. Most farmers were urged to dig wells so as to ease he water pumping distance from River Shire, Malawi’s longest river which stretches down to the southern tip of the country, feeding into the Zambezi River which eventually flows into the Indian ocean. World Vision has funded the planting of trees along the river banks to reduce the damage wrought by floods.

“While we have this river close to us, I still feel for our colleagues in the uplands,” he said as he pointed at the villages, kilometres away from the river. “I wish there were more pipes so that many gardens in our villages would benefit from this water and irrigate their crops, thereby easing the hunger burden once and for all,” he says.