The air is dusty and the wind is fierce. The landscape is dominated by sands for as far as the eye can see. This is the environment in the Lake Chad region.

In the village of Selia, near Baga Sola, Chad, the rain is absent for most of the year and households struggle to adapt. There is not enough food for all the internally displaced people and refugees who have found shelter in straw houses. The daily living conditions are very challenging, especially for children and women.

Forty-year-old Babayi Ibrahim is a widow with four children. Babayi and her family travelled 200 kilometres under a heavy sun and through hot sands to reach the small village of Selia. Although they are now in a relative ‘safe’ area, they are confronted with another problem: food insecurity. 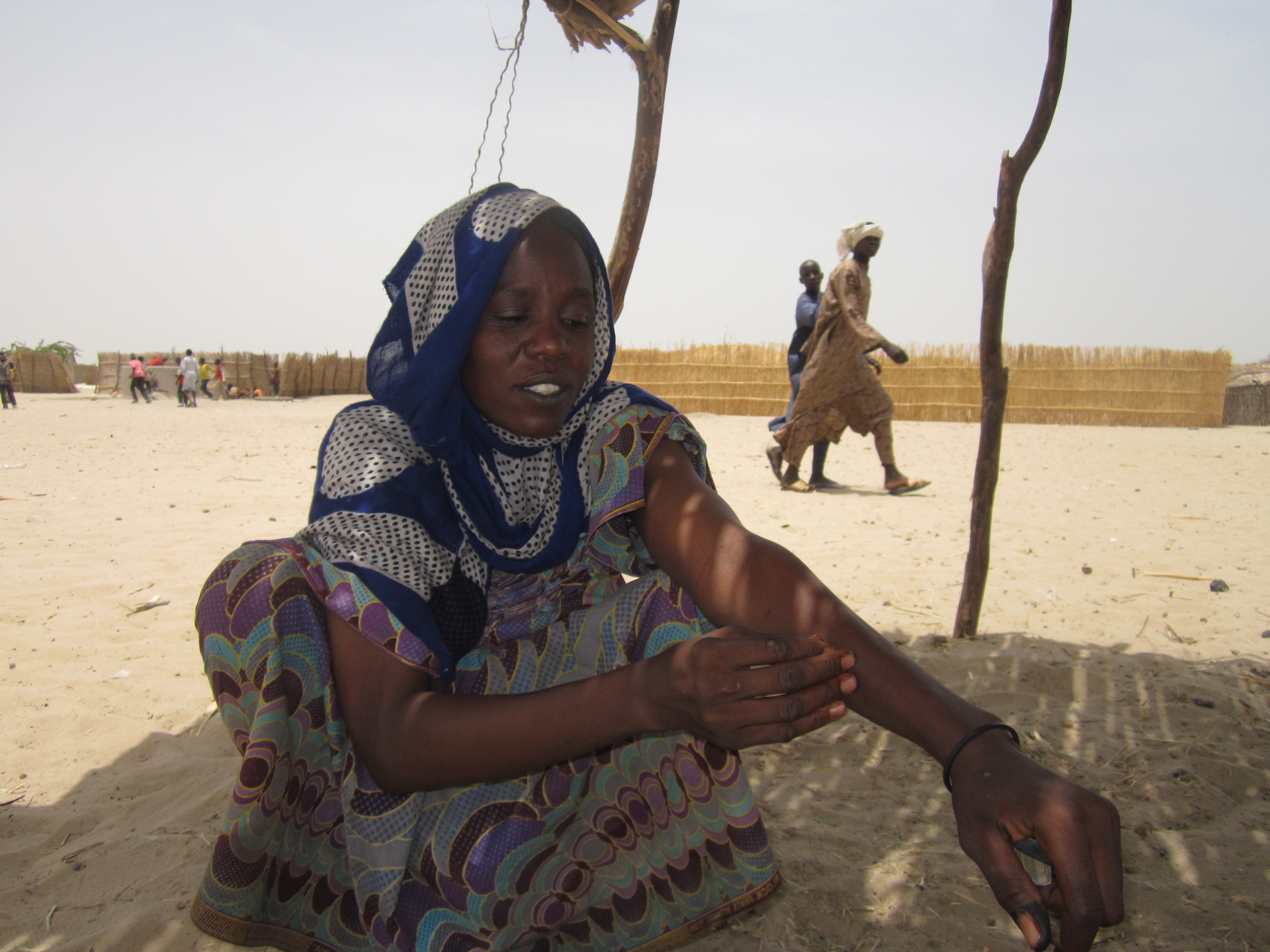 Babayi lost her husband in the attacks perpetrated by Boko Haram insurgents and is now the family breadwinner. Like Babayi, many women in this crisis are carrying the burden of providing for their children alone. The dry and harsh climate, with temperatures as high as 50 degrees Celsius, does not help.

"Before the displacement and the trouble, I used to fish and cultivate our farms and sell the crops in the local markets. Fishing and farms would give me some money, and I could feed my children", says Babayi. "Here, there is nothing. We have nothing. We lost everything and are too afraid to go to farms because of Boko Haram incursions".

With the poor access to food, Babayi struggles to provide at least one daily meal for her children.

"We often eat once a day. Usually at lunchtime. Sometimes when there is nothing, we go hungry to bed", says Babayi. "I have not eaten since yesterday. My priority is my children. I will ensure they eat first and if something remains, I can then eat. But most of the time, nothing remains. This situation has taken away our happiness".

Across the Lake Chad Basin, more than seven million are in need of food assistance and half a million children are suffering from acute malnutrition, of whom 75,000 are at risk of death. Food insecurity among refugees and internally displaced families is exacerbating high-levels of vulnerability.

Word Vision’s Lake Chad Response is appealing for urgent funds to address food and water insecurity, as well as child protection to respond to immediate and high-priority needs of 300,000 of the most vulnerable people in Chad and Niger.