I just returned from a week in the villages around Tshikula, in Kasai Centrale, and although it’s just 68km from the World Vision office in Kananga, it’s a world away. Families are struggling to get enough to eat, like almost everywhere in the Kasais, and there’s no electricity or running water.

It’s hard to face the general state of misery of the population in Tshikula. My team and I made the journey to hand out high energy biscuits to the most vulnerable mothers and young children while we made plans for further help, but it’s hard not to feel swamped with despair. 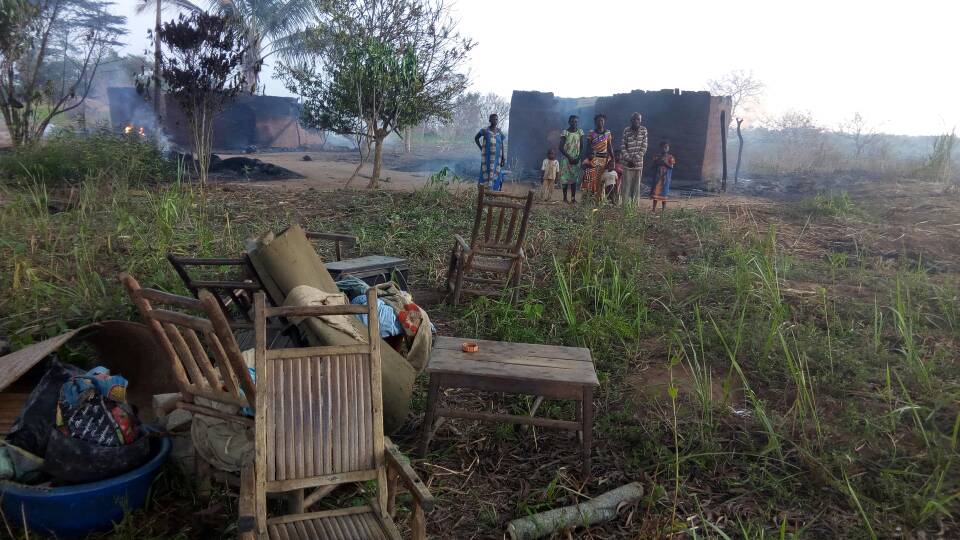 The villages are incredibly isolated, and even for the rare family that does have money to buy food, the market comes only once a week. There is no public transport or taxis, so if you need something you must walk or cycle to the nearest town. It will take you a day each way.

We’ve come back to Kananga for just a day, to repack our bags, fix anything rattling on the cars, pack some food and extra petrol, and then head back out to the field. But coming back to our busy office, filled with volunteers assembling back to school kits, it’s hard to absorb the contrasts. The physical distance between here and Tshikula seems small – on a paved road it would take only 40 minutes – but even in our Land Cruisers the journey takes half a day. 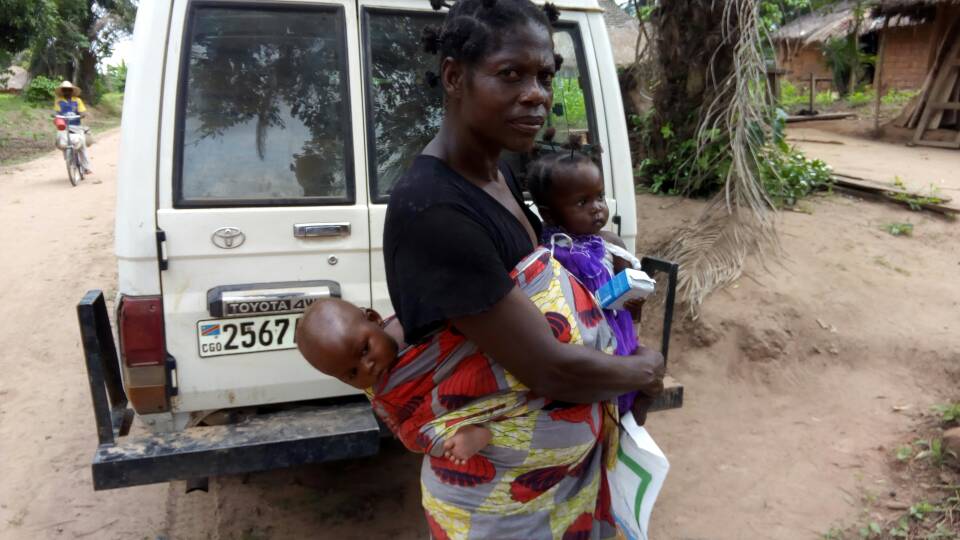 A mother carries her children and the high energy biscuits home

Already poor and isolated, the villages have been ravaged by the conflict that has rocked the Kasais over the past year. Subsequent waves of armed groups passed through in March and April, burning houses. The people who stayed behind were killed; families told us that only those who fled survived. Many walked for days to seek safety in Kananga or other towns.

Jonathan, 8, and Emmanuel*, 12 told me of the turbulence when the first attacks came to their village. Everyone picked up what they could and fled. “We didn’t know where to go,” Jonathan told me. The boys spent at least a month in the bush with their parents, eating leaves to survive.

The boys and their family cautiously returned home in late August, but Jonathan and Emmanuel, like most of the children in their village, are still out of school. Children here are afraid of being accused of having been part of the militias, which were 60 per cent children. Many should-be students flee back to the bush or hide whenever strangers or government officials come to visit.

Like Jonathan and Emmanuel, most of the families in Tshikula only returned home in the past month. Burnt shells of attacked houses litter the villages. In some families, only the men have returned, leaving their wives and children in the relative safety of the towns with their UN Peacekeeper presence.

No crops were planted this year, and the past few growing seasons have been missed while families hid in the bush. The families we met have eaten all they have, and don’t have any money to buy more. Those who could manage it planted maize when they returned in August, but it’s only at ankle height now and it will be months before it’s ready for harvesting. 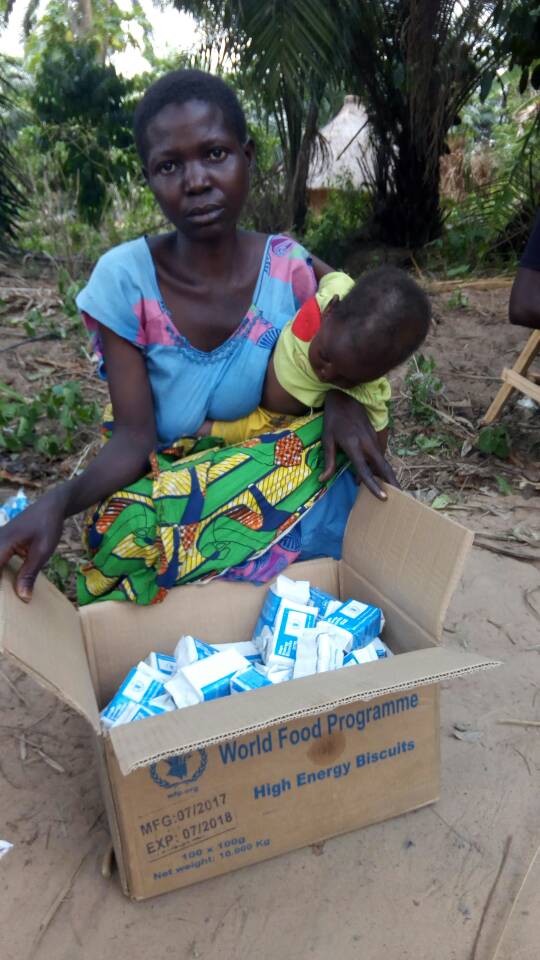 Wodia and her 7 month old - one of her five children under five.

We’ve handed out 4.5 tonnes of biscuits so far, but there’re still so many people who urgently need assistance. Young children look far younger than their age, and skin stretches lax over bones that jut out much too far. No one in Tshikula has any baby fat. It’s exhausting trying to reach them all, but even harder to not do everything we can.

In addition to handing out immediate help, part of the reason we were in Tshikula was to gather information ahead of food distributions next month with the World Food Programme. We weren’t sure if it was possible to give families different levels of food based on their need, but going door to door the past few days, 95 per cent of families fell into the category of the most food insecure. Everyone here needs help.

It’s hard to think of the contrast to the children I see here, and my own children, safe and well-fed back in Goma. I’ve been working in the Kasais away from home for 4 weeks now, and while the distance is wrenching, I know that the children here need me more. We still have another 3.5 tonnes of biscuits to hand out when we go back tomorrow, and God willing we’ll be able to return with full food distributions in a few weeks.

*Emmanuel and Jonathan’s names have been changed to protect their identity and keep them safe.