"I wash my hands
Scrub them with soap
Over every finger and nail
And rinse with clean water."

Children were happily singing and imitating the 'Hand Washing' jingle and gestures as demonstrated by Yani, a health cadre. About 50 children joined the 'Hand Washing Using Soap' activity which was held in an evacuation center in Cilincing area in North Jakarta on January 23. The children were among hundreds of people seeking temporary shelters as their villages were inundated by floods following heavy torrential rains pounding Jakarta and the higher grounds south of the capital city. Floods at some neighborhoods in Cilincing reached as high as one meter.

As a part of disaster response program, Wahana Visi Indonesia, partner of World Vision, has been providing food for the impacted children, including under-fives. This program was also integrated with the Hand Washing Using Soap hygiene program. Sukriah, mother of two sons, admitted events like these were very beneficial in improving the knowledge of the community, not only the participating children. Afifah (14), a teenager who is active in the Children Forum supported by World Vision, agreed this kind of event is important for improving community awareness on basic health.

After learning on the importance of hand washing using soap, the children were invited to practice directly the new knowledge by washing their hands using soaps and rinse them with clean water from buckets prepared by the Wahana Visi team. Up to January 22, the number of displaced people at the evacuation center at the Yaspi School compound in Cilincing alone reached around 700 people. The number of the displaced people has been rising and declining over the last few days depending on the level of flood waters inundating their houses. When the waters receded, many of them returned to their houses to clean up all the garbage and mud. But, as heavy rains still pounding the city, fresh floods have been inundating Cilincing and scores of other low lands across Jakarta, forcing thousands of people to find refuge as nearby public facilities. 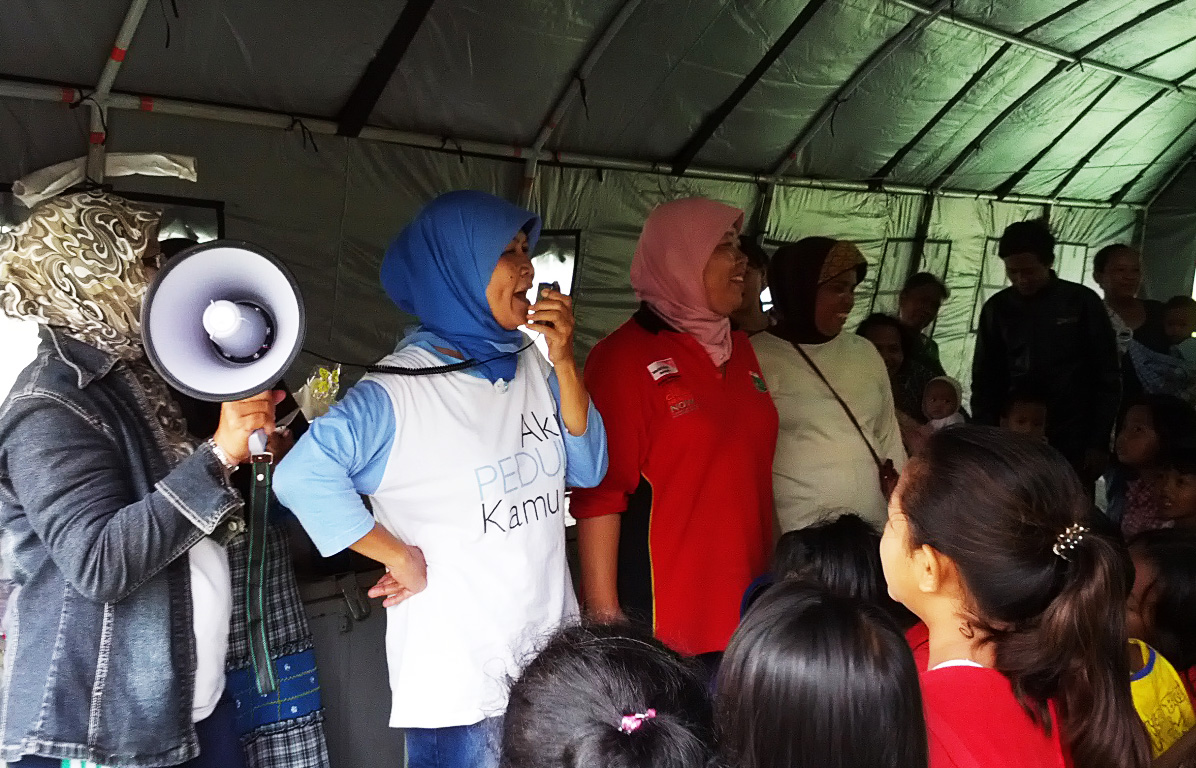 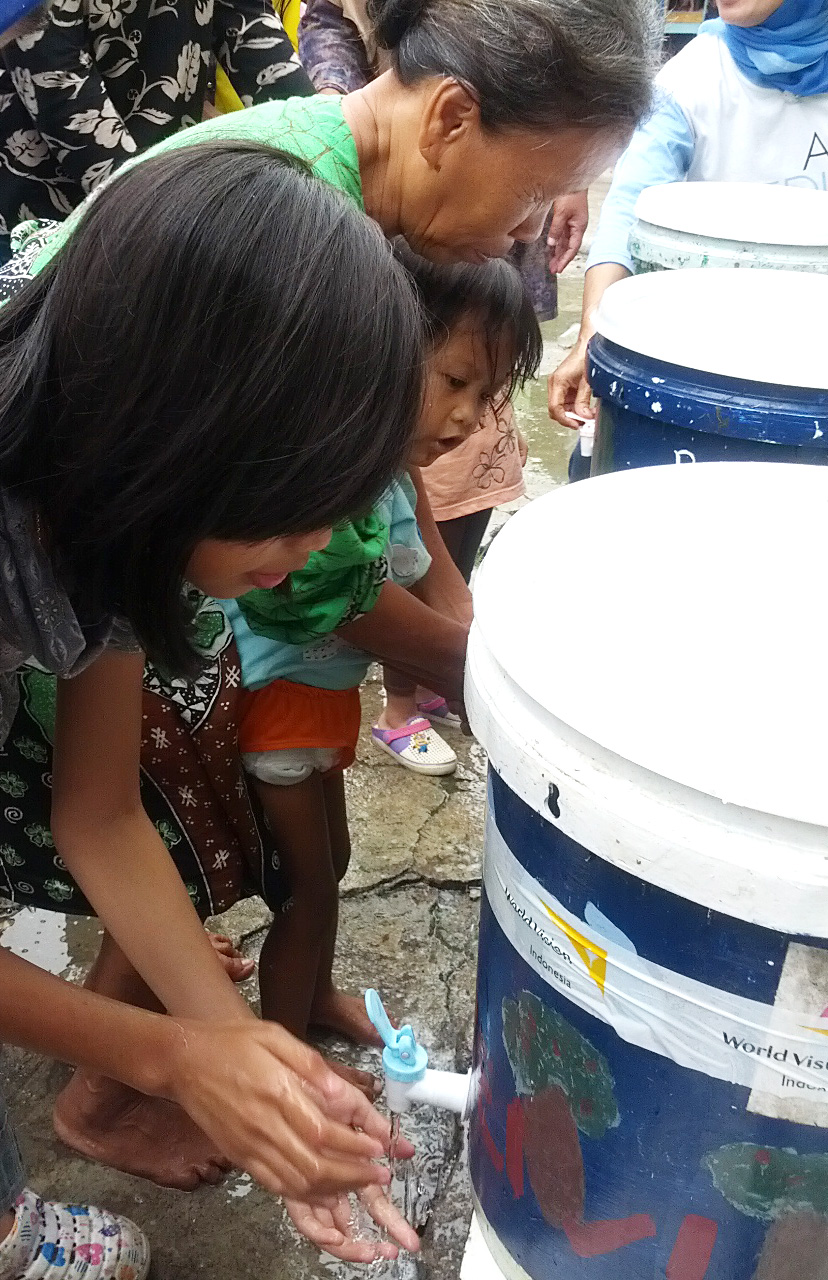 The simple act of washing hands with soap can drastically reduce deaths from preventable diseases.