A narrow paved road winds through the dense, urban neighbourhood. A car can barely squeeze down the road, busy with motorcycles, bicycles, and snack carts. 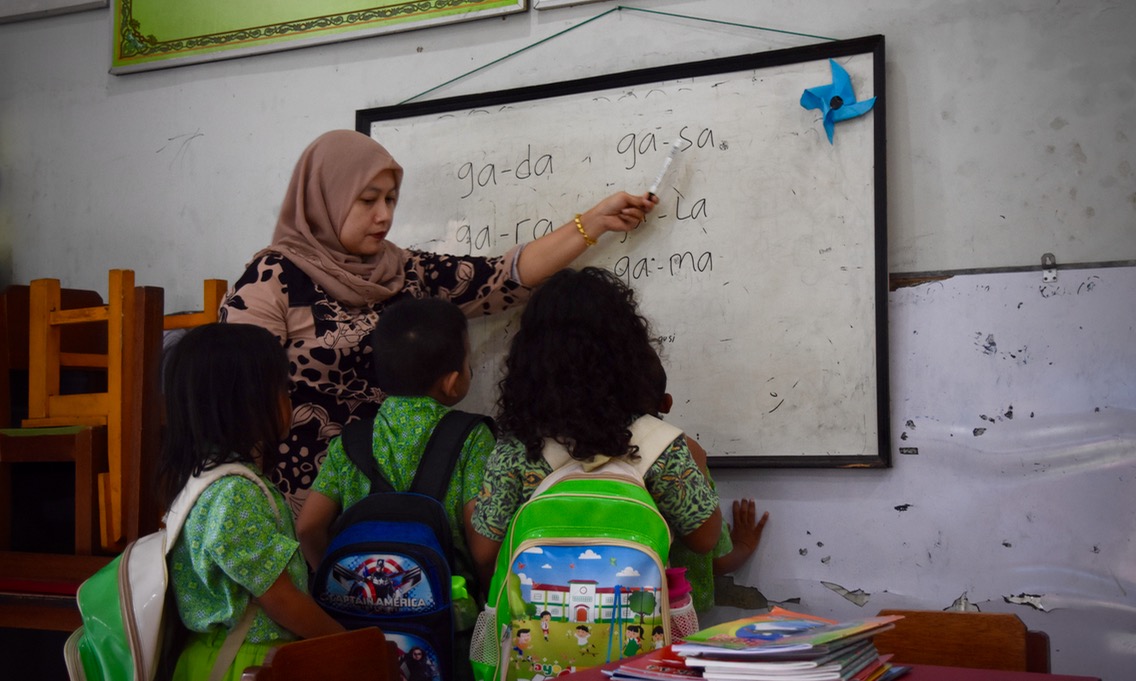 The lead tutor at the centre is Augustin ‘Susi’ Susilowati, age 41. She is married with two daughters, now 23 and 16. Susi was born and raised in this urban neighbourhood.

Susi is a Muslim, her friends and neighbours are Muslim too. They were not sure what to think of Wahana Visi Indonesia, a partner of World Vision International, a Christian organization, when it first arrived in their community in Penjaringan a sub-district in northern Jakarta in 2012.

But she was so certain that the community development projects WV Indonesia sought to implement were what her neighbourhood needed, that she became an advocate, encouraging families to participate.

"I love working here. When you work with your heart, it's not hard."

Susi saw the potential improvements to her community, and took on the advocacy work of winning over her neighbours. She wanted the community, known as one of the poorest in Jakarta, to come together for their children. She wanted other mothers to care about their children’s education and future, and felt it was her responsibility as a community member to advocate for that.

It was not easy at first. She had many mothers reject her invitations to have their children attend the ECCD, but eventually they came around.

“I have been teaching for 8 years since 2009. It was so hard at first, we struggled a lot facing all the challenges,” Susi started her story. “At first, we ran this ECCD centre because it was instructed by the government to build one ECCD centre per village or sub village. I joined the centre to become a teacher because I love children, but I lacked knowledge. I did not really know to run a centre properly.”

One of the objectives of WV Indonesia was to implement training, to help improve the teaching methods of those already working in the community. As an incentive for the training, teachers receive school materials like desks and whiteboards for their classroom.

At Meltai ECCD each morning from 8-10am, are 20 three and four-year-old children. Children pay 25,000 Rupiah (about $1.90 USD) per month to attend. This small stipend is the only ‘salary’ that the teachers receive, but if a family can’t afford to pay, the children are welcome to come anyway - free of charge. The government also provides a small fund for operational expenses like markers, paper, or supplementary food.

"I love working here. When you work with your heart, it's not hard,” Susi said. “Wahana Visi Indonesia brought the programme here, and it helped the mothers become united."

In the afternoons at the ECCD centre, tutors are available to help older children with their school homework. They also have an evening playgroup and storytelling time for younger children. This space has become a neighbourhood hub. Susi believes in “playing while learning” and about 15 children show up each evening to partake. 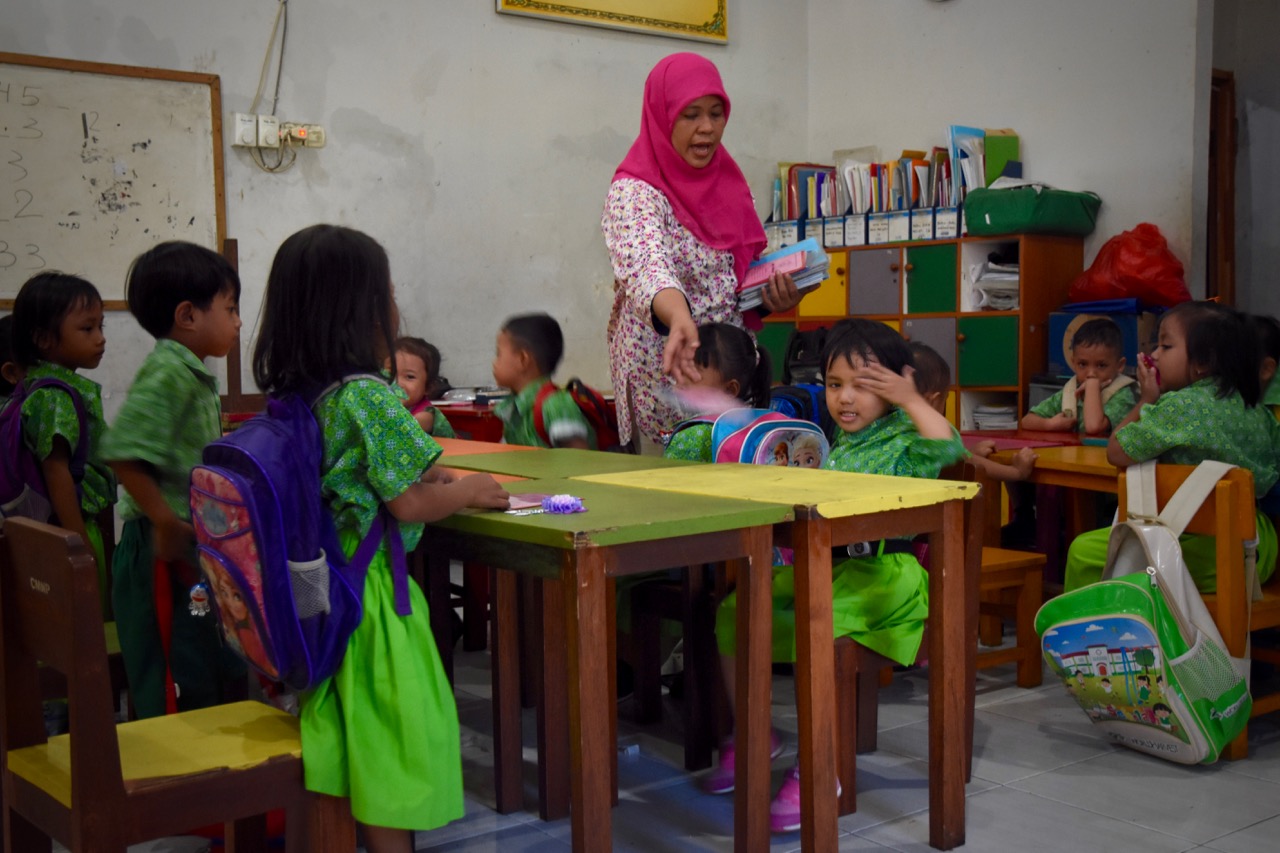 Teacher Eeng. She says that they have a great teaching team at Melati ECCD.

Fellow tutor Eeng, recruited by Susi, has also been teaching at the ECCD for 8 years. She is so committed to her volunteer work that she even taught the day before she gave birth!

“People were calling me when I was in labour asking why I wasn’t teaching!” she said with a chuckle.

The youngest generation are not the only ones who have benefitted from Susi’s community advocacy for education. While Susi was attending many WahanaVisi Indonesia teacher trainings, her daughter Nanda Sri Ekawati used to complain she was gone so much. But a seed had been planted.

Nanda, 23, is now an elementary school teacher after attending university, inspired by her mother.

“I am really proud of my daughter. She is not only a pride for our family but also a pride for our community. I hope she becomes a role model for others children here to have a big dream and become successful person in the future.”

Susi said that becoming an ECCD tutor has changed her life to become tougher as an agent of change for her community. The ECCD center has become her field to educate and giving the children hope and spirit to have their own big dreams.