The blame for the 2014 Ebola crisis has largely been laid at the feet of the so-called ‘fragile and dysfunctional’ healthcare systems of West Africa. While health systems do need strengthening in countries in that region and elsewhere on the continent, the way local people were treated in the early days of the crisis, particularly in Sierra Leone, was a significant aggravating factor.

The danger that faces any institution—whether official, or convened for a purpose—in an emergency, is that it can forget communication is meant to be two-way. It can forget that it has a mandate to see people as partners not just as victims. By announcing how things are going to be and by not welcoming a community’s responses or contributions means plans will inevitably end in failure. In contrast, by putting the relationship before the response, putting people at the centre, there is a better chance of saving lives. 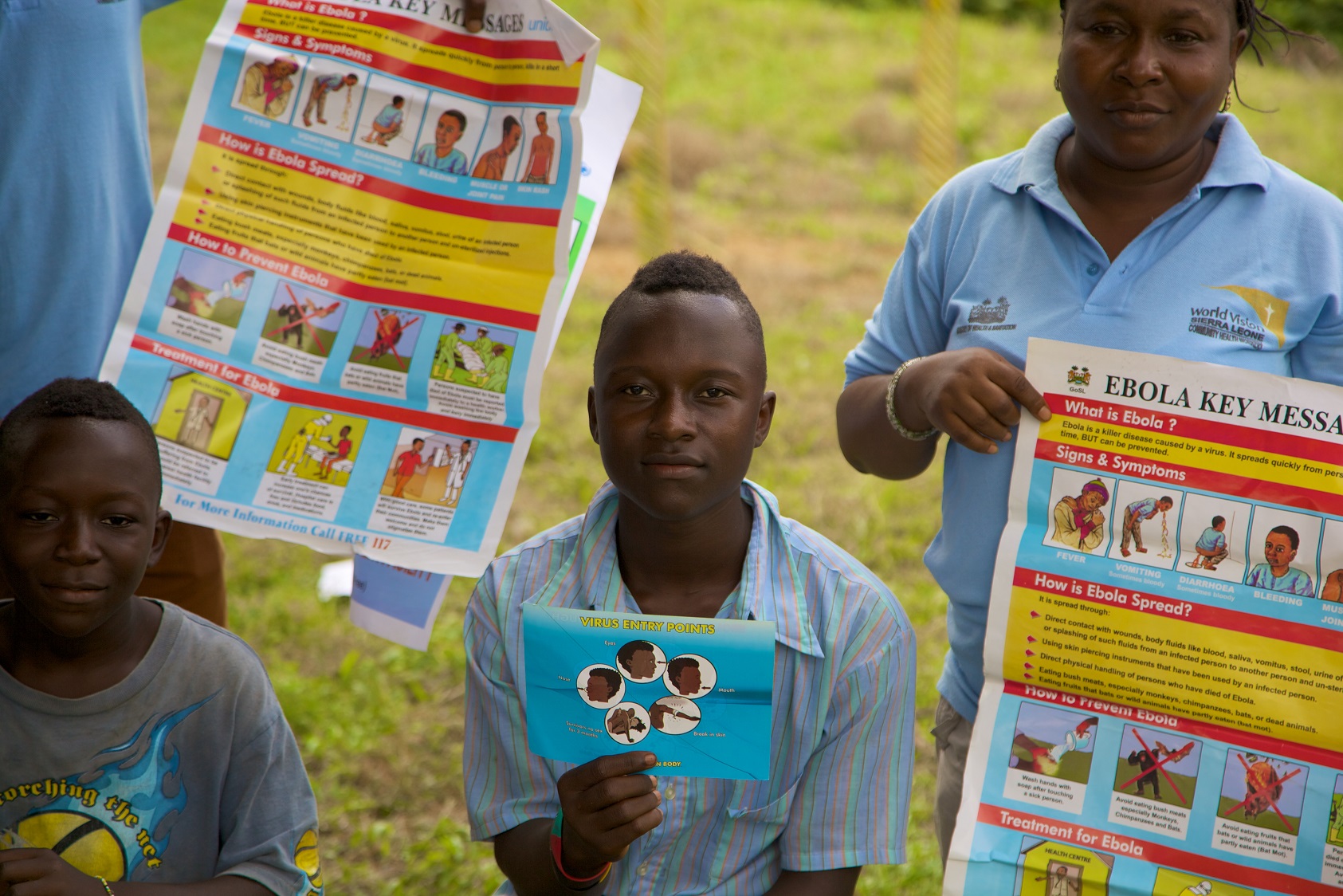 Certain interventions targeting the complex nature of the Ebola outbreak did have varying successes; the isolation of Ebola patients and safe burials were ultimately critical in controlling the spread of the disease. Nevertheless, the early top-down approaches, particularly quarantine and body collection, were ineffective because they were initially designed and implemented without buy‐in and input from community members. These approaches failed to address key infrastructure constraints and were culturally insensitive. Corpses treated with disrespect and families barred from burials were just some of the missteps that resulted in general distrust among communities and were partly responsible for subsequent behaviours that caused the virus to spread.

Non‐governmental organisations (NGOs) that had secured the trust of communities due to years of collaboration and cooperation emerged as critical players in terms of changing knowledge, attitudes and behaviours around Ebola and, ultimately, getting people to accept/adopt the lifesaving interventions required to control the outbreak. It was social mobilisation campaigns facilitated by NGOs and delivered by community healthcare workers, community leaders, and faith leaders that ultimately led to buy-in from local people, which then increased the use and effectiveness of those interventions mentioned above.

With their access to communities, NGOs were also poised to deliver a range of health services including identifying new infections in Ebola‐affected communities, providing clinical care to the critically ill in Ebola Treatment Units, advocating for and employing survivors to assist with the response, and reopening district hospitals and health centres.

During the Ebola crisis, World Vision staff in Sierra Leone were actively engaged in implementing preventive activities and Ebola case management in 25 of its Area Development Programs, which included 25 Chiefdoms in Bo, Bonthe, Pujehun, and Kono districts of Sierra Leone. Our Ebola response strategy was designed to work in close collaboration with the Government of Sierra Leone to reach a population of 1.6 million through the establishment and mobilisation of an extensive network of community providers. These included teachers, paramount chiefs, and faith leaders with whom we had relationships established over two decades of work in their communities. In an effort to assuage the fears, address expectations of community members and to ensure the intervention was responsive to their needs and expectations, World Vision adopted an integrated and multi‐sector response tailored to the needs and priorities of the communities it served. These included such practical steps as providing health care workers and community leaders with essential medical commodities, such as hand‐washing kits and personal protection equipment.

This relationship-centred approach—with the government, our peers, the community and community and faith leaders—was successful. A review of district level Ebola records indicated that not a single Ebola‐related fatality was documented among the 59,000 sponsored children or family members supported by World Vision during the outbreak. The list below highlights the multi‐dimensional strategies implemented by World Vision in Sierra Leone during the Ebola crisis to build and capitalise on our existing relationships.