What do we class as violence against children?

Violence against children includes all forms of physical, sexual and mental violence, neglect or negligent treatment, maltreatment or exploitation, harm or abuse, including commercial sexual exploitation, trafficking, child labour and harmful practices, such as female genital mutilation/cutting and child marriage.

How many children suffer from violence each year?

More than half the world’s children - that’s a billion children between the ages of 2 and 17 years - experience some type of violence every year. (1.)

How can violence against children be addressed?

World Vision believes that when known solutions are implemented in the right way, respecting a country's context, and done in partnership with local governments, communities, families and children they yield the most sustainable results.

Our campaign will challenge the attitudes, beliefs and behaviours that condone violence against children and by ensuring governments enact policies that prohibit it and provide services that prevent it. Part of the solutions that World Vision supports is the INSPIRE package.

What is the INSPIRE package?

INSPIRE is a package developed by experts and led by the World Health Organisation, is a set of seven strategies (or solutions) to ending violence against children. They include: 1.) Income and economic strengthening; 2.) Norms and values; 3.) Safe environments; 4.) Parent and caregiver support; 5.) Implementation and enforcement of laws; 6.) Response and support services; 7.) Education and life skills.

How does violence against children impact a country?

Violence against children costs up to US$ 7 trillion each year or 8% of global GDP. This is more than the Gross Domestic Products (GDP) of Australia, Canada, India, and Mexico combined. (2.) 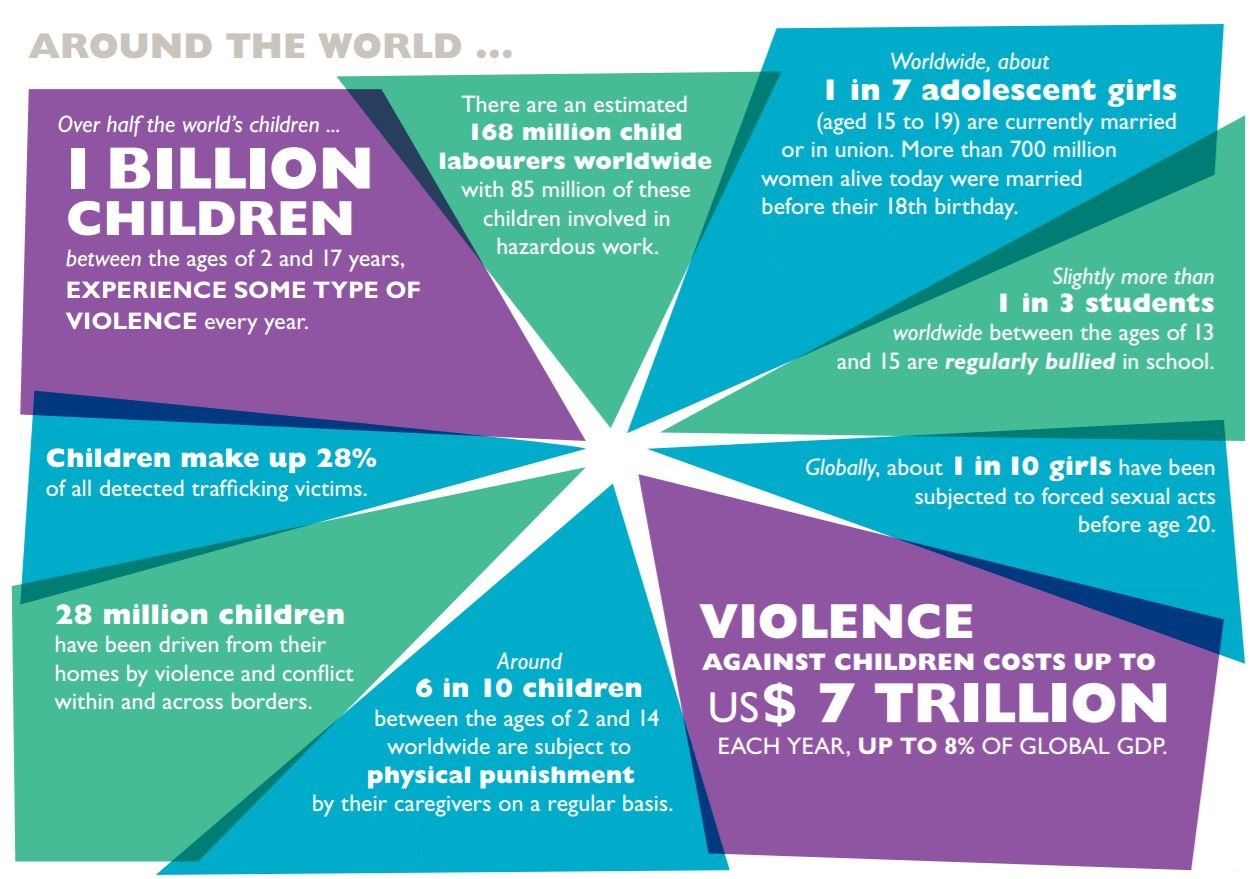 How do the different forms of violence manifest themselves?

9. UNICEF 2014, A statistical snapshot of violence against Adolescent Girls