I’m standing on the edge of a playing field in a village not far from Kananga, the regional capital of Kasai Central in central DRC, when a giggly four-year-old catches my eye. As I squat down to say hi, one of our community volunteers tell me that her father died fleeing the militias this May.

Her mother, Julie is now a widow with three children. Her youngest, 8-month-old Albert, was born just a few months before the militia and military arrived in her village, hot on the heels of one another. The family fled, but her husband fell crossing the Lulu river and drowned.

Julie and the children have now returned to their village after months of hiding in the bush, but she’s struggling to make ends meet. She’s been working in the fields collecting leaves and sweet potatoes which she can sell at the market in Katoka. What she earns from their sale she spends on flour and other basics she can use to feed the children.

Charles, her oldest, is 12, but looks much younger due to stunting and malnutrition. Before the conflict arrived this spring, he used to go to school. But without her husband’s income to help support the family, Julie hasn’t been able to pay for the necessary school supplies and uniforms for him to continue his education.

“When my husband was here; the children went to school,” Julie tells me plaintively. 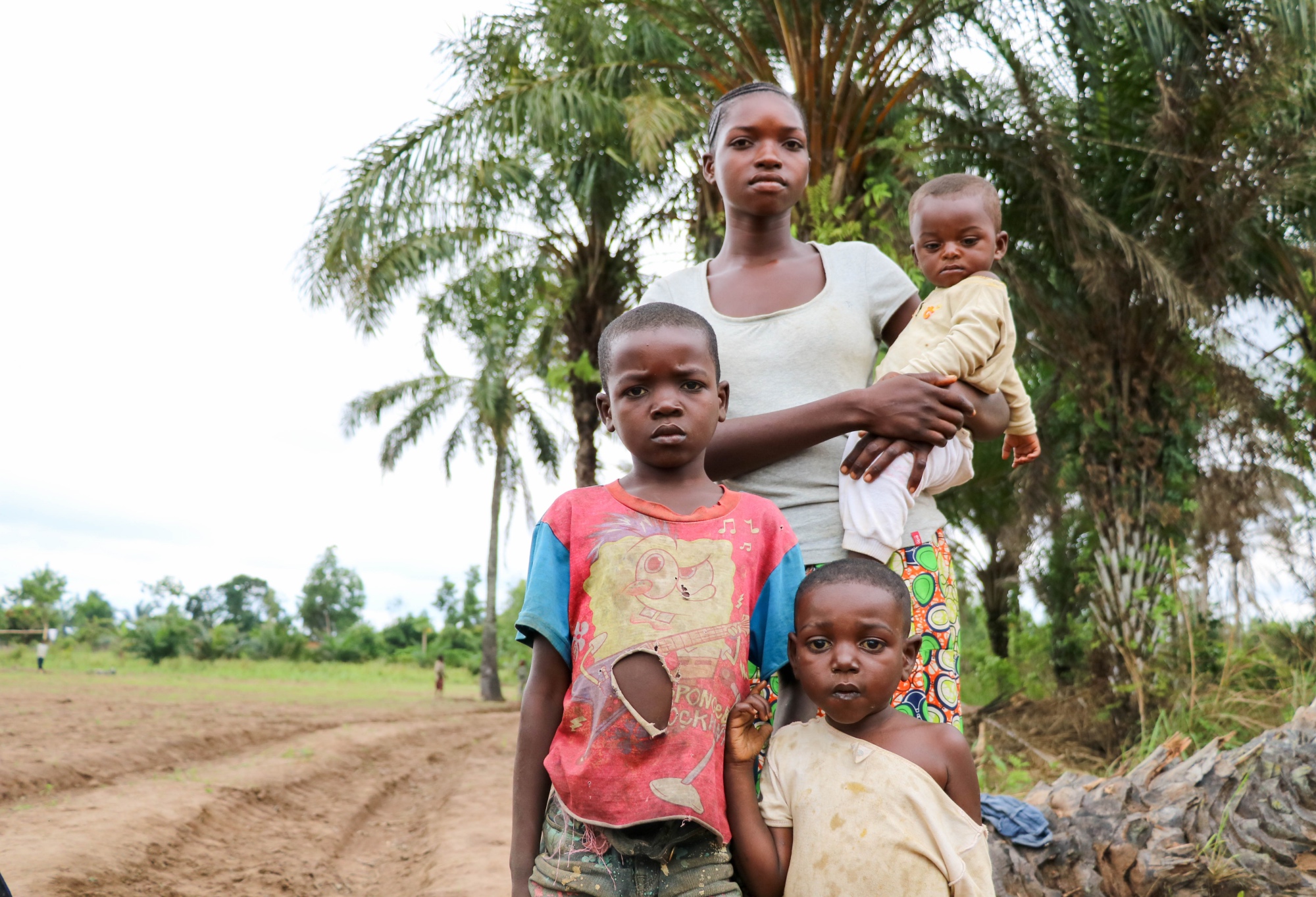 World Vision is currently constructing a Child Friendly Space in the community. Once opened, the space will provide a safe location for Charles and his little sister Francoise, 4, to play while Julie works. Psychosocial help from trained volunteers will also help them to process the loss of their father and the months spent living in hiding in the bush.

In the long term, however, the family still needs more help to get back on their feet. “I don’t know how to get out of the situation I’ve fallen into,” Julie says quietly. “Even if the children start spending time at the CFS and childcare isn’t an issue, I’ll need help to start another business. We don’t have any family close by.”

Many families in the Kasais seem similarly perplexed and lost after their year of upheaval. Although poor, this region was previously peaceful, and the conflict that suddenly arrived last August sent whole communities fleeing to the woods, leaving everyone slightly shell-shocked. The fact that children became perpetrators as well as victims in the conflict is also hard for communities to swallow – militias were about 60% children, many under the age of 15, and some as young as five.

Healing is underway. Many families in Charles’ community finally came back from the bush in August when World Vision began food distributions with the World Food Programme, and the new Child Friendly Space will help children recover mentally and emotionally. As families start again with missing fathers and children, as well as livestock and damaged houses, however, recovery will take time.