Every time 12-year-old Xay had to go to the bathroom, he was at risk.

In this boy’s village in the central part of Laos, there were only a few toilets and Xay and his family did not have one. Instead, they used the bush.  But going to the bathroom in the bush was dangerous.

Not only was it unsafe for women and children, it put people at an increased risk of catching a disease or getting sick. Since there were few toilets causing many people to use the bush as their bathroom, human waste flowed into the rivers during the rainy season. Dirty water caused Xay to suffer from diarrhea. 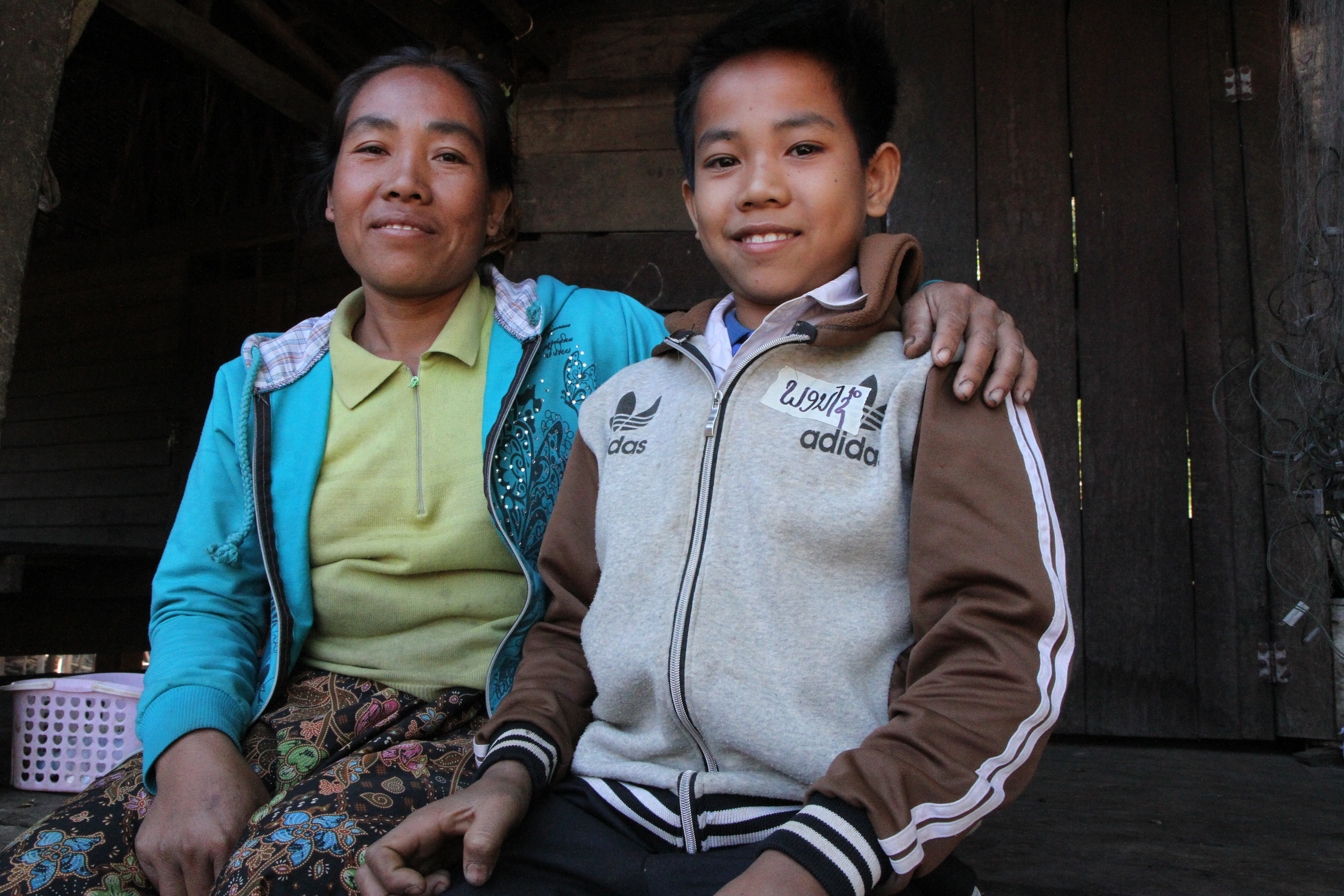 “My children always got sick with diarrhea, especially Xay. Sometimes he had to be absent from school for a week,” said Xay’s mother Vone, 33. “As a result, Xay had to miss school often and we had to spend money on his treatment at the health centre.”

During the night there are lots of mosquitoes, so villagers also suffered from mosquito bites and sometimes contracted malaria – a deadly disease plaguing Xay’s community. Xay contracted the disease several times.

“It’s harder when the rainy season comes and makes our village environment not good and unclean,” Vone added. 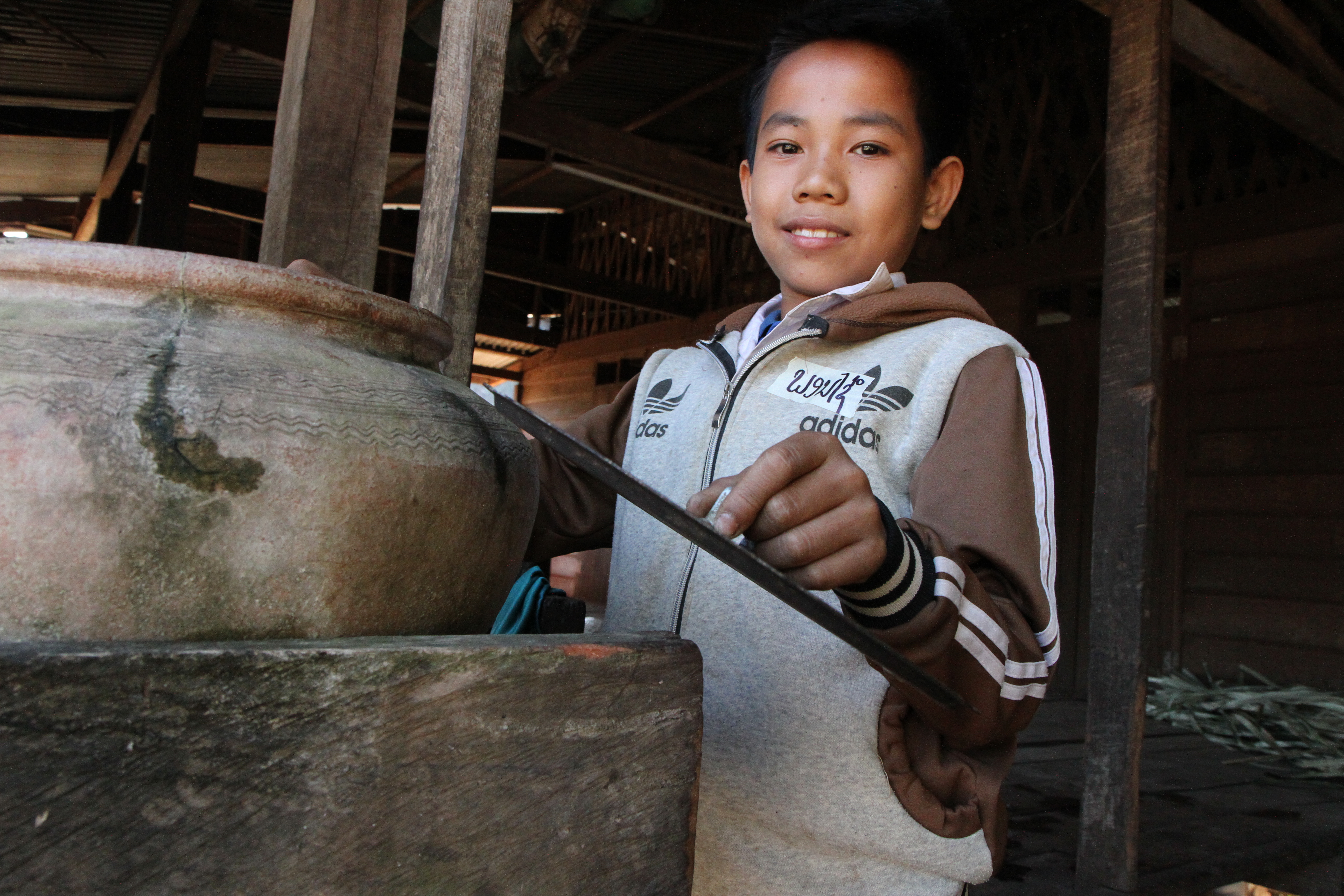 “Many times I would get wet,” Xay said. “I was very afraid during the nighttime and I had to wake up my parents to accompany me every time.”

Other times, animals followed and disturbed him while he was in the bush.

“Last year, World Vision partnered with the local government to conduct training sessions about health and sanitation. Villagers learned about the importance of using toilets and the long term advantages of preventing illnesses from occurring. What’s more, the organization provided families with construction material to build their own latrines and taught families how to build them. And now adult and children are healthier,” said a village chief Mr. Visian. 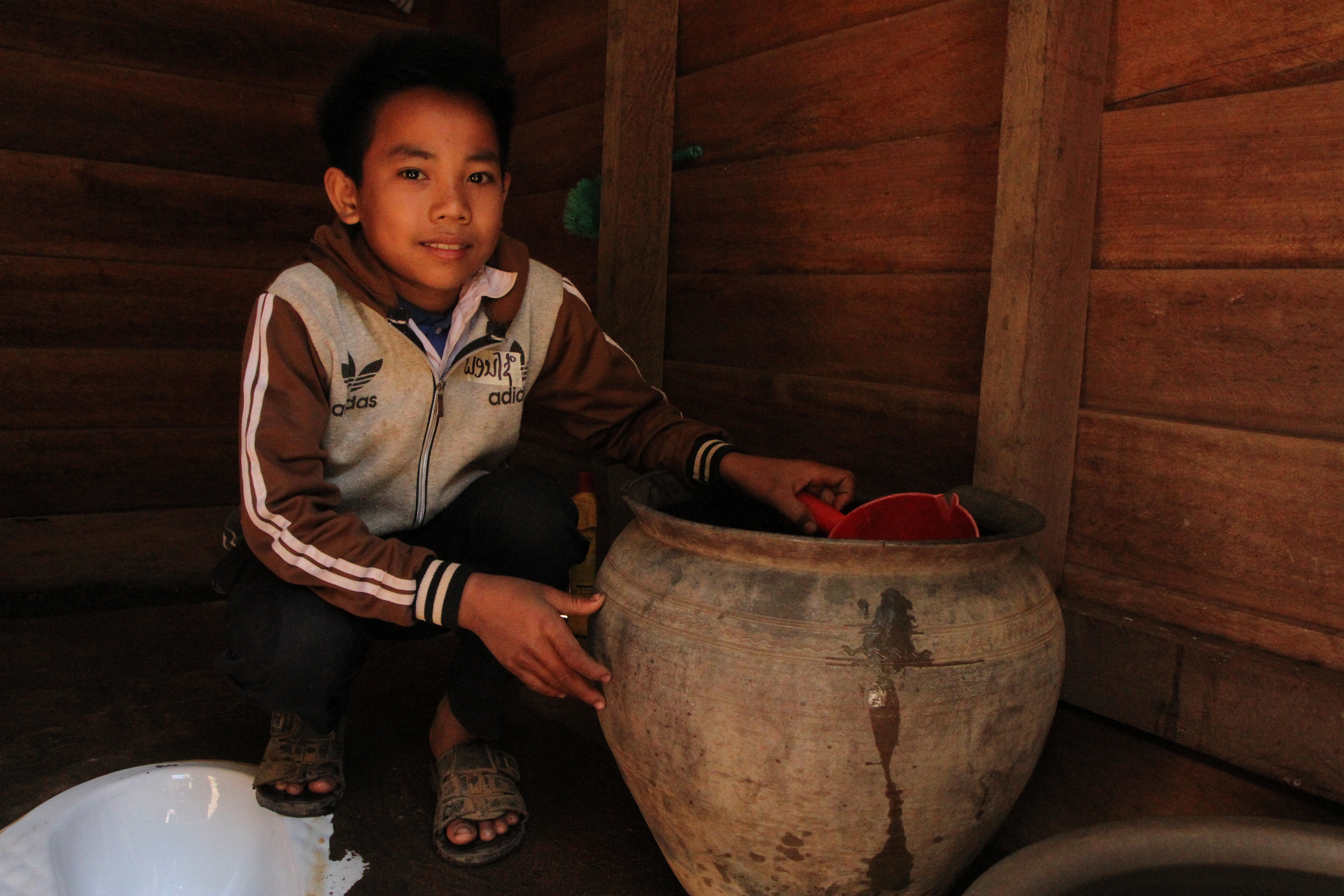 Xay’s family is one of the 35 families who have benefited from a latrine in his village.

The toilet is near their house so it is safe to go to the toilet, even at night. The animals do not disturb him because the toilet is enclosed.

“I feel safe and more comfortable when I used my own toilet at home,” Xay said.

“Xay is now a healthy boy suffering from fewer bouts of malaria and diarrhea,” said Xay’s mother. “We can now use the money which was meant for treatment to pay for Xay’s school. I am not worried too much about my children as before. They are healthy.”

Xay enjoys his studies and is happy to play with his friends at school. “Lao-subject is my favourite subject, and I like to read a story book at the school,” he said. 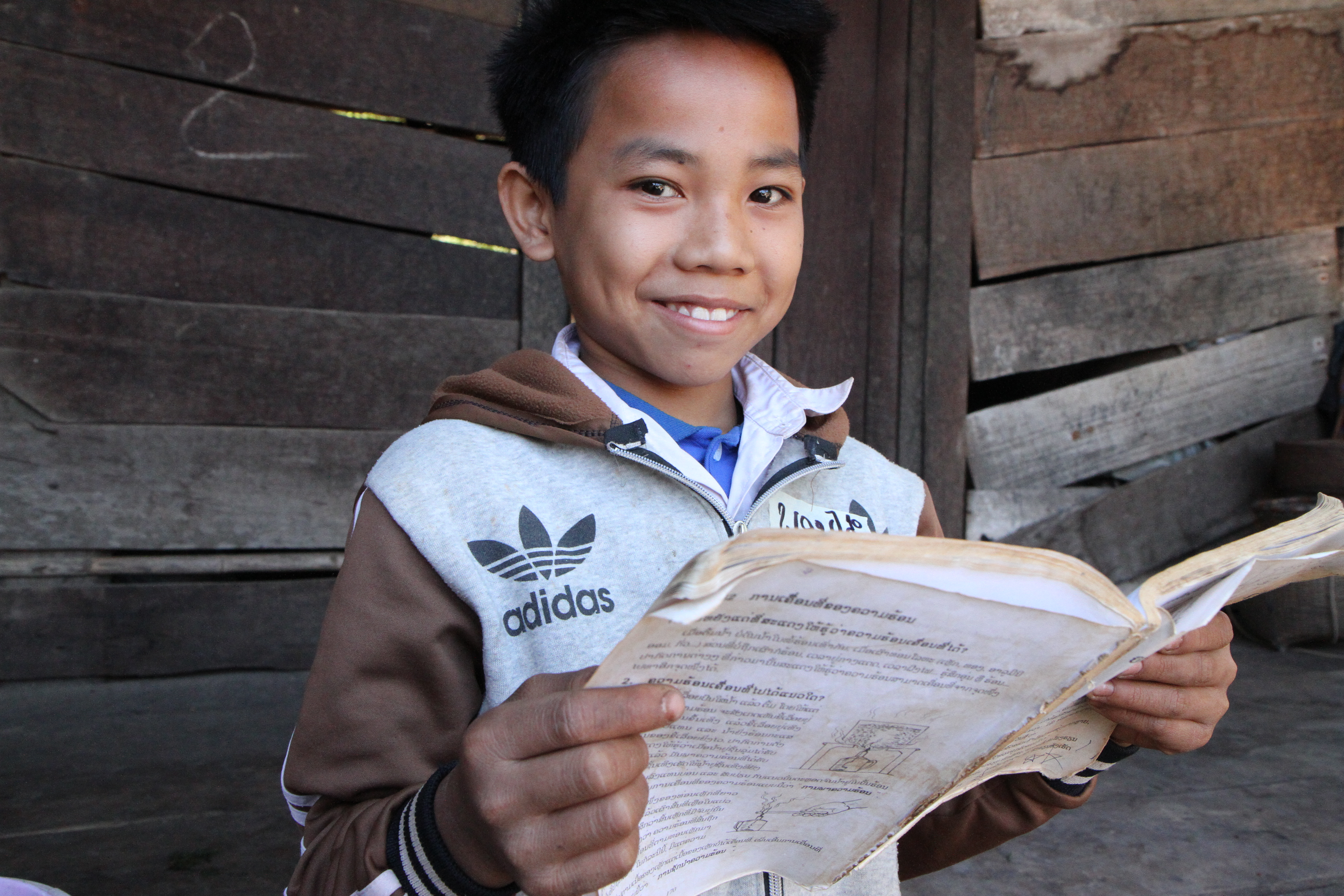