Balloons and streamers hung from trees. A large, vibrating loud speaker announced this as a day to remember in Atsaphone district. A small irrigation dam was officially being handed over to the community.

I was mesmerized to think that this relatively small project was part of a game-changing intervention of national significance: reducing malnutrition.

At first glance, tackling malnutrition hardly seems a game-changer for national progress.  Most arguments for a nation’s development are founded in expansion of industry, development infrastructure and attraction of foreign development investment. However, if Laos is prepared to think of nutrition as a starting point, and not an outcome, of economic development, it will have in its hands one of the most cost-effective solutions to lift itself out of Least Developed Country status.

You see, malnutrition is costing Laos a small fortune. According to the High Level Round Table meetings, Laos faces a 2.4 per cent annual loss of its Gross Domestic Product (GDP) because of malnutrition. Malnutrition contributes towards labour shortages, lost productivity, higher health care costs and child deaths.

According to the 2012 Laos Social Indicator Survey (LSIS), more than 44 per cent of Laos children are chronically malnourished – or “stunted”.  That means a generation of children will not be able to engage in the ASEAN economy to their full physical or intellectual potential.

Yet the good news is that malnutrition is preventable and is proven to have a remarkable return on investment. In 2012 an expert panel for the Copenhagen Consensus calculated that for every $1invested in reducing under-nutrition, a nation could see a $30 return in terms of increased health, schooling and productivity.

The Scale Up Nutrition (SUN) Movement, which Laos joined in 2011, claims that by eliminating under-nutrition, Asian and African nations could achieve a boost to gross national product up to 11 per cent, increase wages by 5 to 50 per cent and realize a10 per cent increased likelihood of women running their own businesses.  Furthermore, studies have shown that a well-nourished child will complete an extra year of schooling – which is exactly what Laos needs considering the current  31,000+ person labour shortage (Lao National Chamber of Commerce and Industry – Vientiane Times  August 22, 2013).

While tackling malnutrition is a good low cost proposition for the nation, it comes with its own set of challenges. Laos must find ways to reach every home, where change begins.  The first 1000 days of a child’s life, from conception to the age of two are most critical and failure to provide the right nutrition over this time can have lifelong irreparable damage, affecting a child’s health and their cognitive abilities. 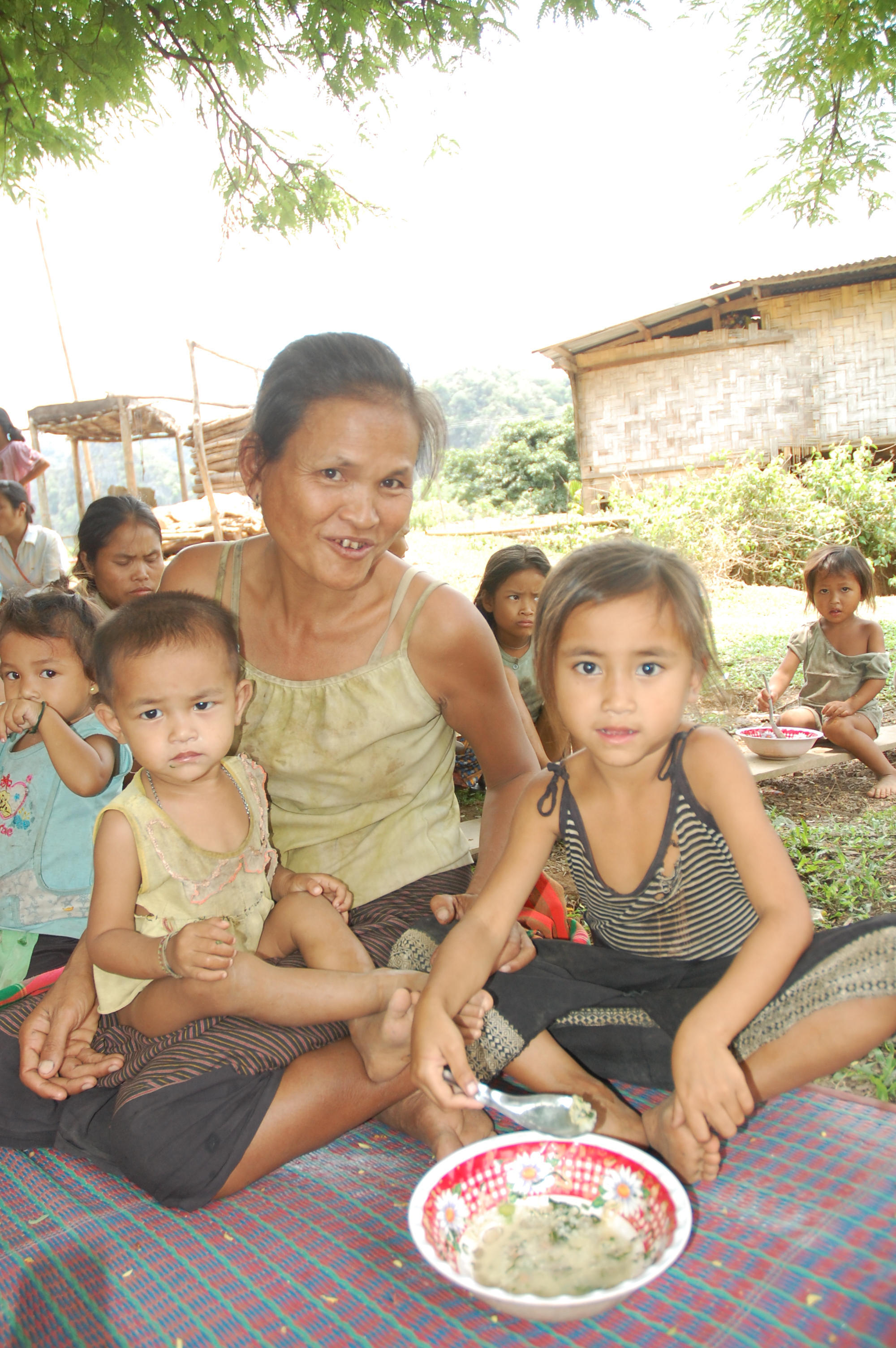 Fortunately we are on the eve of change.  The Government of Lao PDRhas committed to collaborative action to address malnutrition through the National Food and Nutrition Security Action Plan and are calling for leadership and synergy from the national level through to the village.  A broad range of stakeholders are preparing to implement well targeted, evidence-based interventions in health, water and sanitation, agriculture and education.

If the lessons from other nations who achieved dramatic reductions to malnutrition hold true, Laos should be on the right path.

The South American country of Peru, a global leader in the fight against malnutrition, showed that a key aspect of their success was the effective coordination of a nationwide strategy across different government sectors and multiple stakeholders, including civil society.  Peru achieved a 10.4 per cent reduction in stunting nationally, between 2008 and 2012.[1]

In Laos, civil society – including international non-government organizations and local nonprofit associationshave joinedthe Lao government’s efforts to eliminate malnutrition.   More than a dozen civil society organizations, including World Vision are mobilizing resources and people in an effort to change the game in Laos – reducing malnutrition and strengthening Laos’ potential as a vibrant economy within ASEAN.

The evidence is clear and the path becoming clearer; changing Laos’ nutrition status is a priority goal for the nation’s development.Together with commitment and concerted effort malnutrition can become a thing of the past.