Holding on to hope when so much is lost is a skill, and 15-year-old Bayan is an expert in optimism. Even though a war rages in her country and her family’s status changed to refugee, the Syrian teenager still fights her way into building herself a prosperous future by grabbing every educational chance that comes her way.

Bayan’s life in Damascus changed drastically in 2012, when even going to school became a dangerous decision. Between the missiles, barrels and endless checkpoints, the safe option was to stay home. This all but ended her education. For a responsible intelligent child, leaving school was the end of the world to her. The journey of struggles did not end there. In fact, it was only the beginning. A short while later, her parents saw it was best to leave their home country and move to Lebanon, away from the war.

Coping with the refugee life

In Lebanon, Bayan’s father occasionally works in the fields and her mother helps in a wrapping factory. They barely make ends meet or put food on the table every day. “I don’t remember ever being worried about any of our basic needs in Syria,” affirms Bayan. Her three brothers agreed that Bayan should not be the one to support her parents and did not want her to work in risky jobs and exhausting hours. The two oldest brothers also wanted that their youngest brother to pursue his education. As a result, they went out and found jobs in construction sites and garages.

Six years later, Bayan’s memory of home is blurry. “I remember our house, but I barely recall Syria. It hurts not to remember home,” she admits. Bayan’s parents enrolled her in a school, and even though she had to repeat fourth grade as a Lebanese school requirement, she insisted on pursuing her education. Bayan made it to grade nine. “The curriculum in Lebanon is very different from that of Syria. I had to focus a lot and work harder than I did at school in Syria,” says Bayan, “this is the reason I never miss a chance to learn something new.” 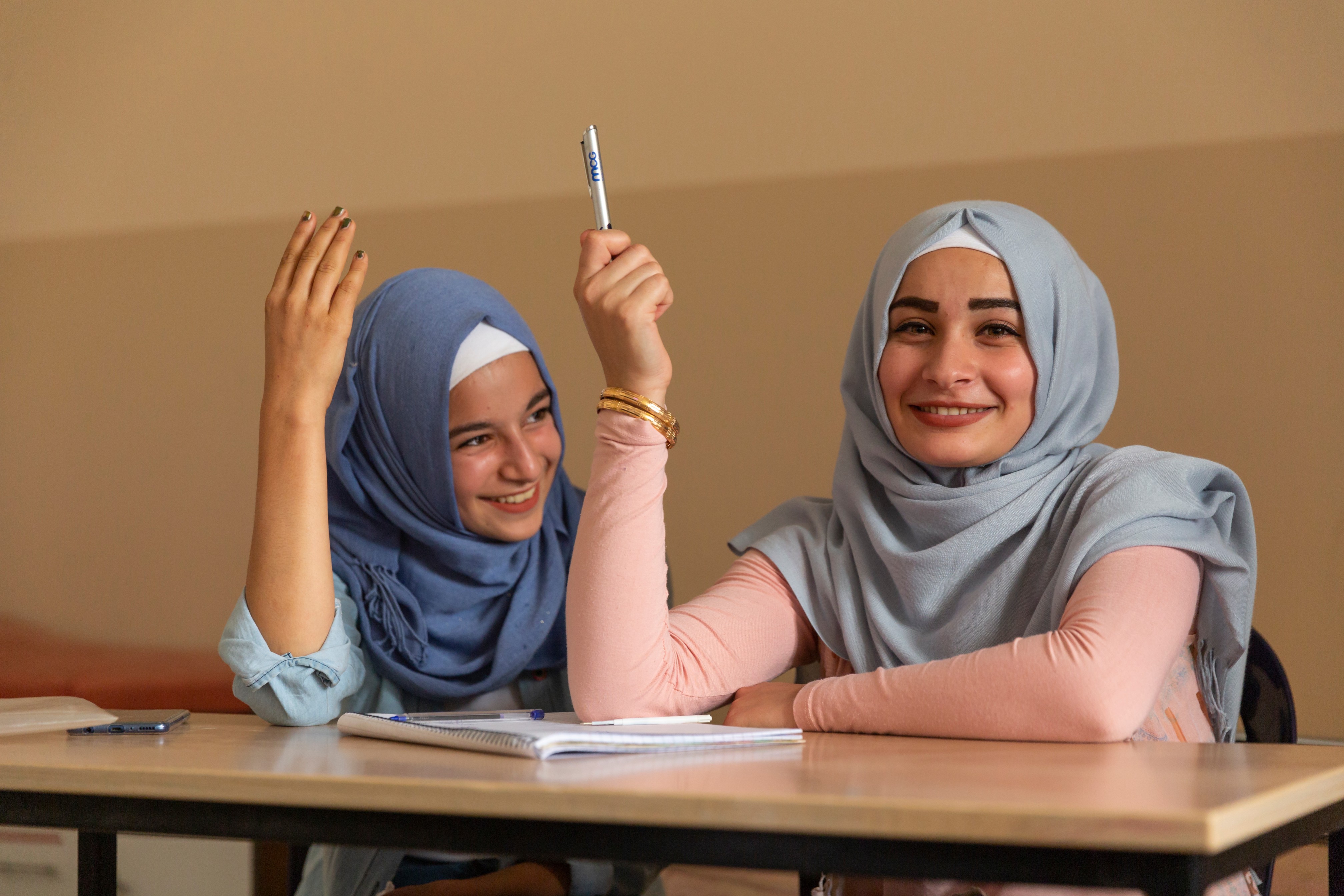 The lessons and the people!

Bayan had no friends to visit and nowhere to spend her time other than her own home. Eventually, the situation frustrated her. “I have spent most of my days in Lebanon at home doing nothing,” says Bayan. When she heard that World Vision was implementing a new project for the Syrian youth, she quickly enrolled herself. Bayan joined the Basic Literacy Numeracy (BLN) programme in the Bekaa. With funds from the Kuwait Foundation for the Advancement of Sciences (KFAS), the two-months-programme consists of a total of 90 hours. It provides courses in Arabic and English languages as well as math. It also teaches the students basic computer knowledge. “I never worked on a computer before the sessions, and I often wondered how it works. Now, I am saving to buy my own,” shares Bayan enthusiastically. Her second favorite class was English. “Even though we only learned the basics, such as basic words and sentences, numbers, and other simple things, I felt on top of the world. I have always wanted to learn an extra language, and I finally got the chance.” Bayan jokes about the pronunciation mistakes she made in the first couple of classes. She laughs at herself while recalling her classmates’ reactions whenever she or anyone else made a mistake. “I must admit the best part about this experience were the people. With their support, sweetness and politeness, the teachers at the center made this experience worthwhile. They invested so much in their classes,” explains Bayan. “I made new friends, people who are going through what I am going through as a Syrian in Lebanon,” she continues. “I don’t want to get married early. I want to seek more learning opportunities, work hard at school, and make it to university so I can become a pharmacist. That’s what I want to do when I grow up,” she says confidently. 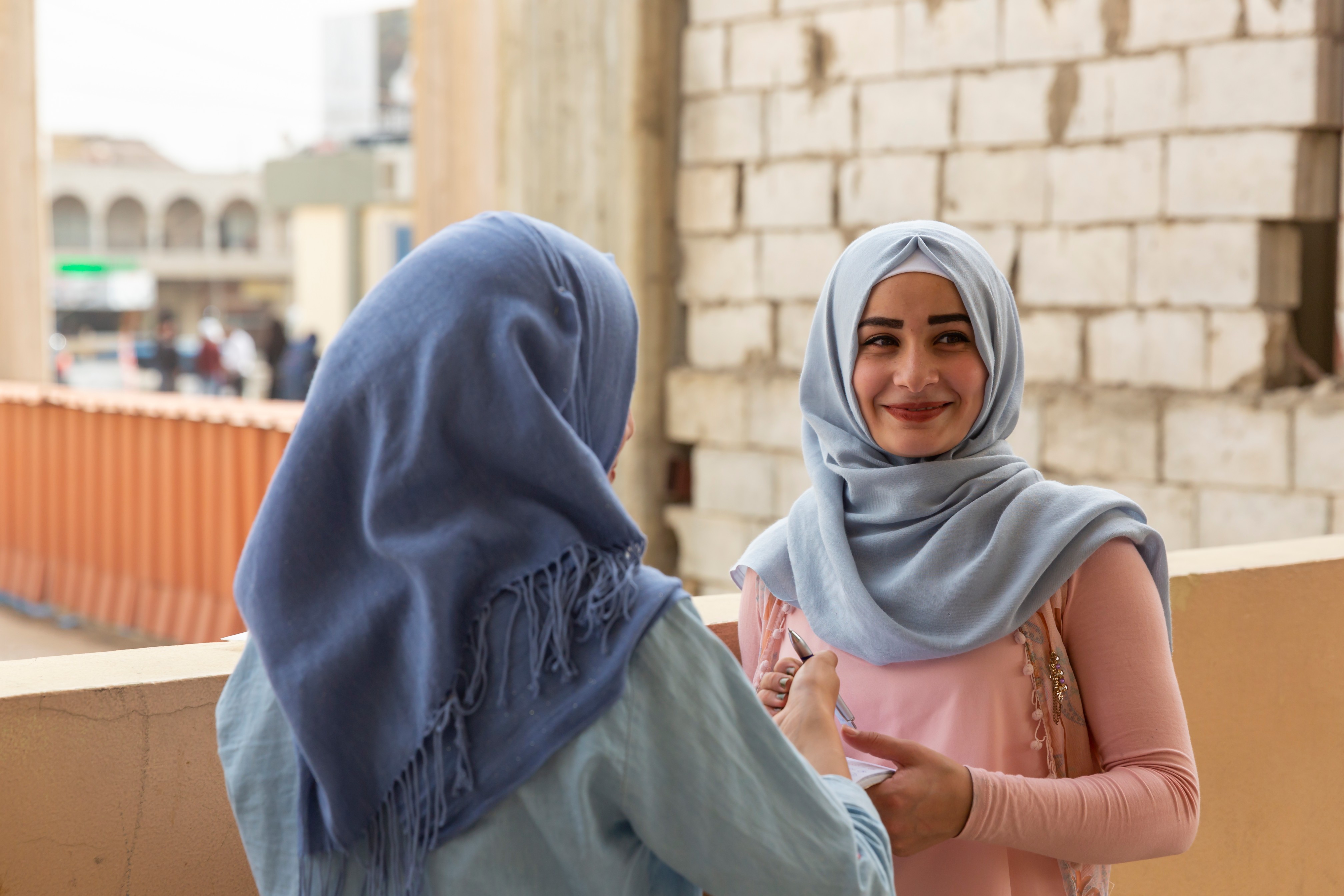 With the support of KFAS, World Vision was able to support 165 young men and women who benefitted from this programme. Many Syrian refugee youth still strive for a better life. Some of them, like Bayan, believe that the sky is the limit, and they rely on small initiatives such as the BLN programme to feed their hunger for self-improvement and growth.