Escaping the crisis in their homeland, thousands of Syrian refugees take shelter in the Bekaa Valley - Lebanon. Most of these refugees live in poor conditions and mainly rely on Humanitarian assistance. Jawhara is one of the refugees who found safety in the Bekaa Valley. Unlike other refugees, she has additional challenges to live with. One of Jawhara's six children, “Fatima", suffers from Down Syndrome.

When they first arrived, Jawhara and her family settled with a person they knew, before renting a substandard house located near an informal tented settlement. “The conditions are terrible where we live. When it rains, some water drops fall from the ceiling,” says Jawhara. Her husband is a construction worker and is barely able to find work due to the decrease of opportunities in this field since a lot of Syrian refugees resort to work in construction, so Jawhara and her family mainly rely on the help they get from the humanitarian organisations.

Fatima has down syndrome 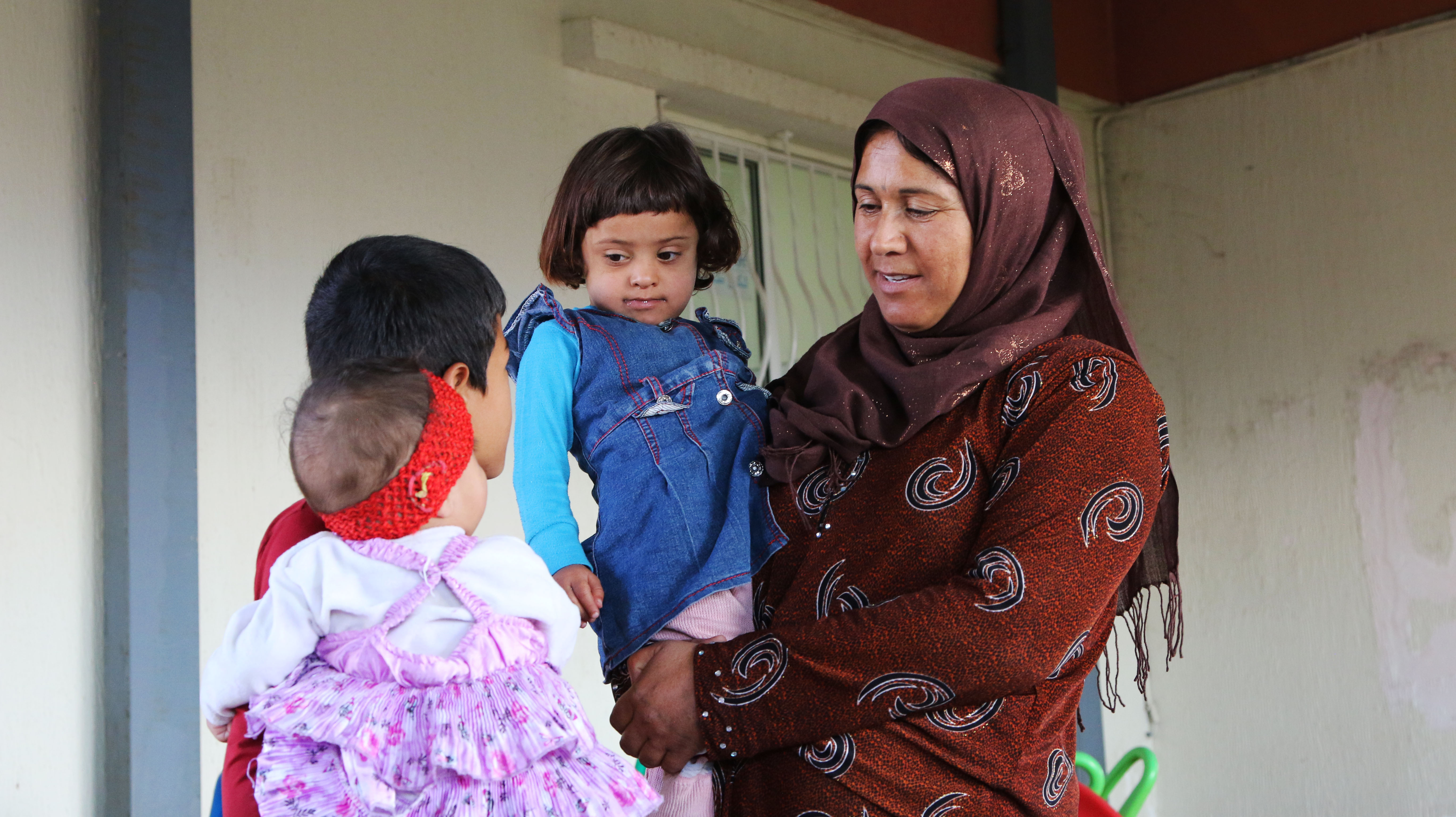 Four of Jawhara's six children were born in Lebanon, including four-year-old Fatima. “When I was pregnant with Fatima, I had a feeling that something was wrong, but I wasn't sure,” recalls Jawhara. At that time, she didn't have enough money to do the required blood tests, so she waited until Fatima’s birth.

“I knew from that moment that my daughter will have a difficult life,” admits Jawhara. Fatima doesn't know how to talk, barely eats and drinks. Occasionally, she hits her sisters. “Fatima is only able to articulate three words; my name, her father’s and ‘Esss’," says Jawhara.  It is not a word in Arabic. “Ess”is the only sound she makes to express herself. Kids in her ITS picked up on it. They made fun of her and called her “Esss", until her mom decided to keep her away from them by not allowing her to play with them. “I know she will never be like her sisters, even the younger ones understand more than she does," adds Jawhara.

When Fatima started accepting others 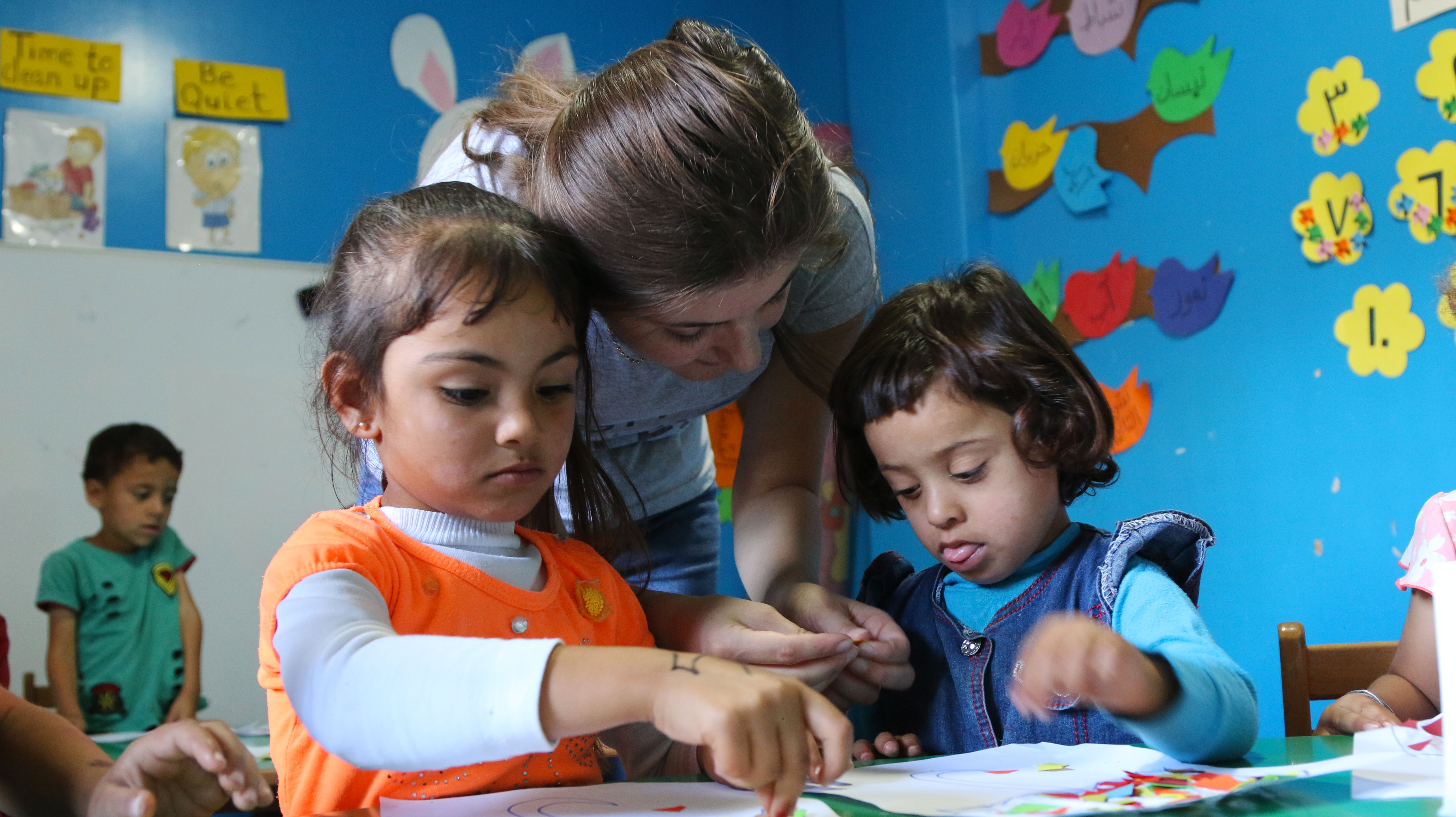 Jawhara heard about World Vision's Early Childhood Education “ECE” programme during an outreach session in her informal settlement, and did not hesitate to enrol Fatima in the following cycle. Thanks to ADH, UNICEF and its donors France and DFID, World Vision’s Early Childhood Education (ECE) provides Syrian refugee children in the Bekaa Valley and Akkar (North of Lebanon) with early education and their parents with a ‘caregiver training’ on how to promote learning at home.

“At first, I had doubts that she would be accepted but she was, and I thought it was best to have her sister Mariam sign up with her,” says Jawhara. Even though Mariam is a year older, she shared the same class with Fatima to help her adapt and eat her food. Few weeks later, Fatima started to participate more in the activities. She even accepted help from her teachers who offered to feed her and, most importantly, came back home happy. “I wish one day Fatima will be able to talk and to be more independent,” admits Jawhara. 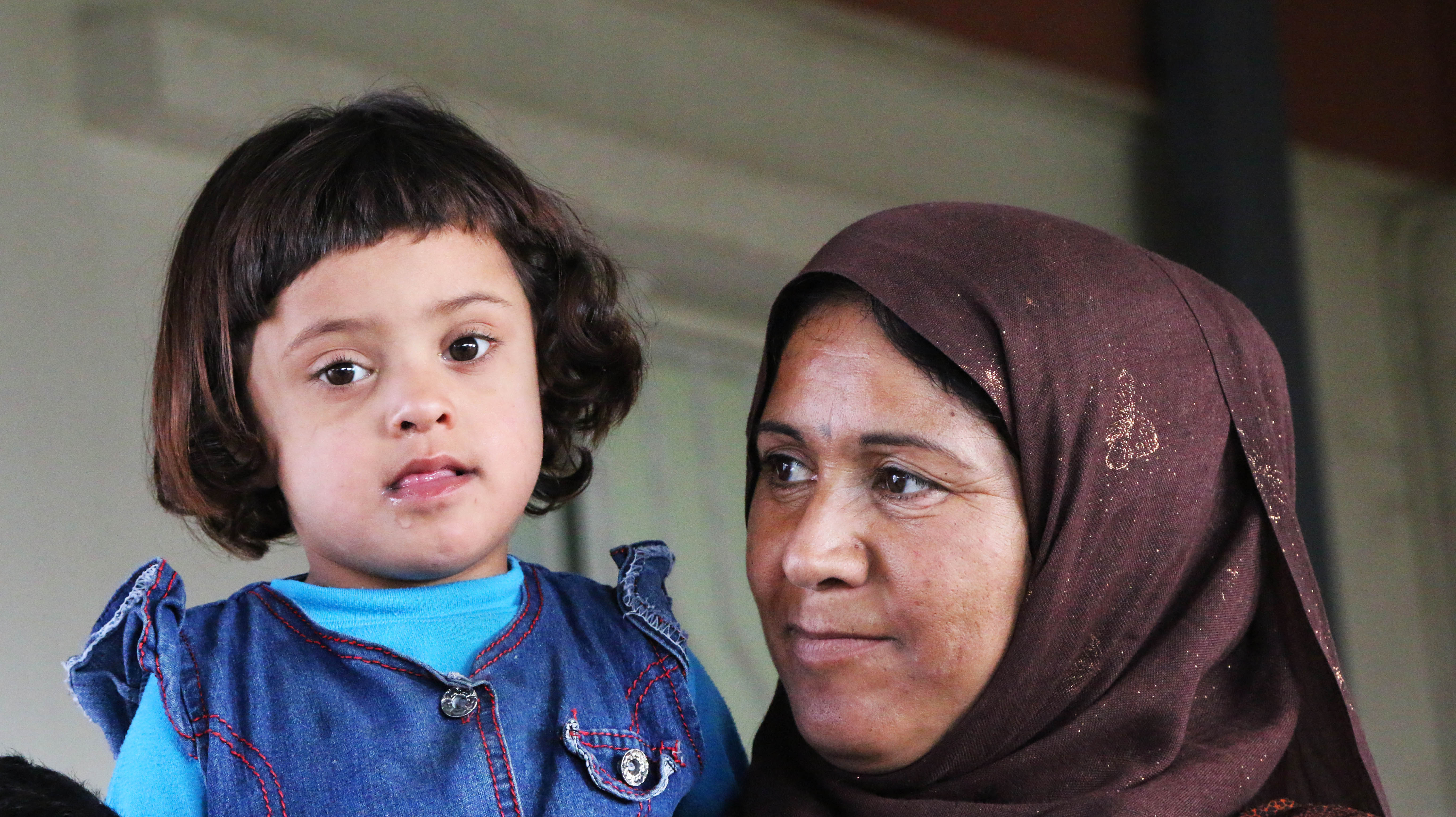 Since June 2018, World Vision Lebanon’s ECE programme provided education to 1,100 children and caregiver trainings for 1,000 parents. The ECE centers have been a home for refugee children who suffer from difficulties and a source of hope to hundreds of parents.