Mariem is a woman of a kind. Although she may not seem like a fairy godmother as she wakes up every morning at 6:00 am, walks 2 km to the Deba Hijaj Health Center, cleans her office, and prepares her tools, but for thousands of women that is exactly what she is.

Mariem, 34 and mother of 3, started to help as a volunteer in 2009 at the Health Center located in this small village situated in Brakna, Mauritania near the city of Boghe.

She settles down by chance as she married to her husband and joined him in his village.

As a Suburban, she could not understand nor accept the deprived condition in which the women of her adoptive community were giving birth.

Indeed, most of the women until 2009 could neither give birth at Deba Hijaj Health center because they were no midwives or trained staff, electricity, and running water in the facility. The male nurse Wele was working there with golden hearted volunteers, from the community such as Mama Aisha. But despite their assistance he had to send the pregnant women away to the nearest villages with adequate facilities and staff, which are at 5 to 10 km away from Deba Hijaj by donkey cars or if lucky by taxi.

Mariem furthermore added “I remember one morning in 2011, I had two pregnant ladies who were about to deliver at the health center, we ran out of water and had no light, I had to ask men of the village to quickly go to the village wheel to get enough water, and they managed to bring me candles and battery so I could be able to use my head torch. That day was frustrating but we were able to deliver 2 beautiful healthy babies thanks to God and thanks to the efforts of the community.

According to Mariem, the Implementation of AIM HEALTH project in Deba Hija in 2012 was a turning point for the Deba Hijaj Health Center and its community.

The Access: Infant and Maternal Health Program, otherwise known as AIM Health, is a program financed by Irish Aid that aims to reduce the number of young children and women who die every year from preventable causes. As of 2015, the maternity mortality rate in Mauritania was 602 deaths for 100,000 live births.

Mariem confessed, “We received in 2012, help from World Vision, through their project AIM HEALTH. The Deba Hijaj health center received running water installation, electricity through a solar system installed and a cold chain to keep vaccines. I felt so fulfilled, like the rest of the community, so grateful, because I knew everything would change in the right way.”

Indeed everything changed since then, women from the community do not walk far to give birth, they are monitored and give birth at the health center. The Deba Hijaj center and its team became so popular because of their holistic and sensitive approach that women from neighboring villages queue every day to get consultation and to plan their delivery to Mariem and her volunteer’ s team hand.

“We went from 50 delivered to 300 healthy babies at the Health center from 2012 to 2015, and it is amazing to say that we delivered them here, at the Health Center, with no major complication”

In Mauritania, ‘‘AIM HEALTH’’ program, which is a community based intervention in the field of health and nutrition, was funded for 4 years (2012 – 2015) and is still running due to its success, in the two Development Programs of Mbagne and Guerrou which added sustainability

In 2015, Over 2409 children were screened through the program, 2357 were monitored in rehabilitation households in which 52 Severe Acute Malnutrition (SAM) were referred to the nearest health structure.

We delivered 300 healthy babies at the Health center since 2015, and it is amazing to say that we delivered them here, with no complication.”  Mariem

Nowadays, the Deba Hijaj is gaining popularity from its success in the locality and continues its growth through the World Vision AIM HEALTH project.

As Mariem described it “Sometimes I wake up at 3 am to help a woman from a neighboring village give birth, and have to stay to monitor her until the morning because we don’t have enough room to keep the women after birth. But it is my vocation, my passion, and I am happy to wake up every morning to do it. I feel blessed and fulfilled.” 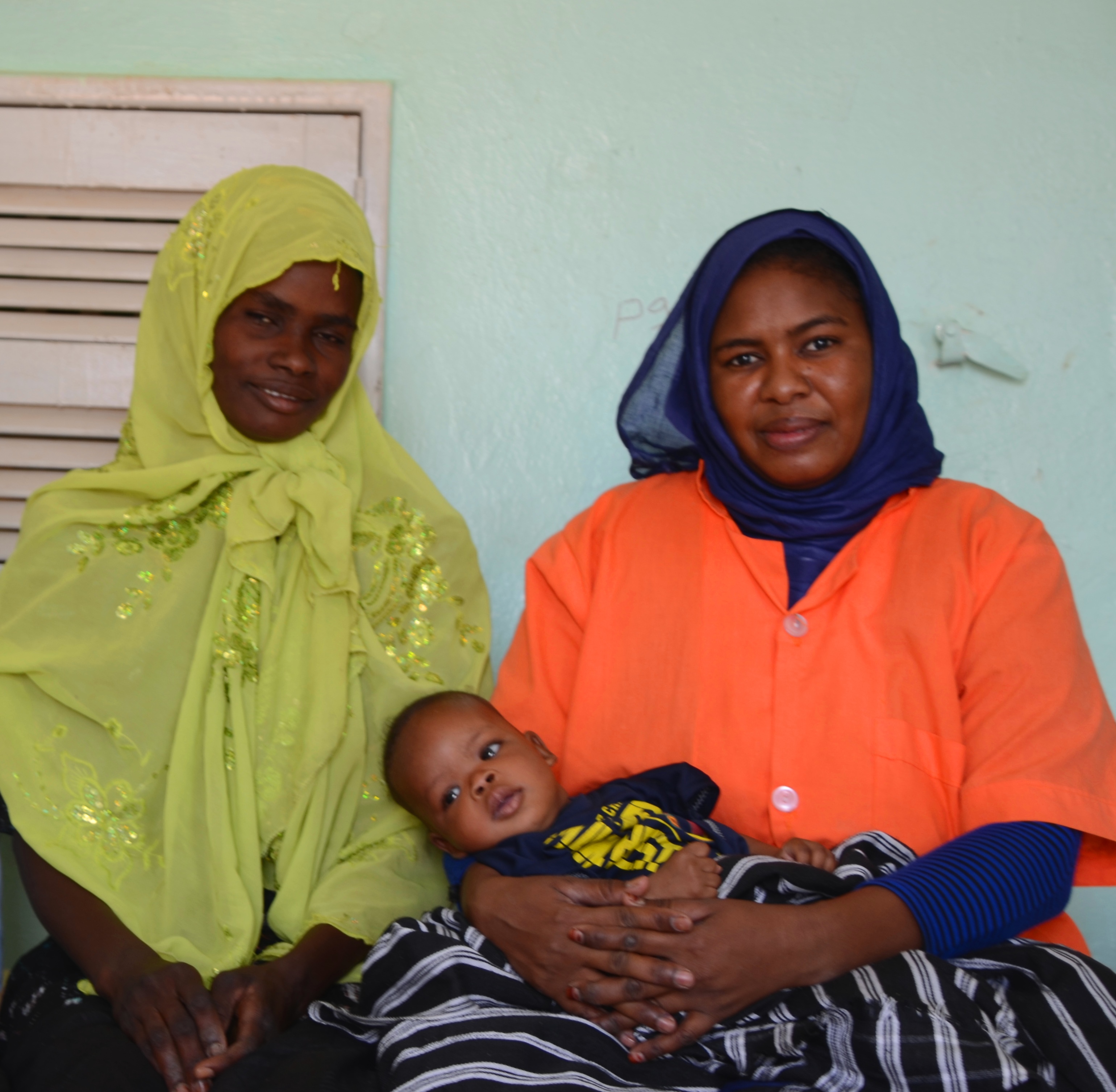