Toutou was discovered with Severe Acute Malnutrition at the age of 2 and could not at the time walk nor talk.. Like many other children in the Assaba region, Toutou had severe acute malnutrition which almost cost her. Her mother, Atiya, not understanding what her daughter illness was, took her on a 6 hours long journey to Nouakchott Central Hospital for treatment. She came back to her city Guerou with no answer and her toddler still not treated, sitting between life and death. 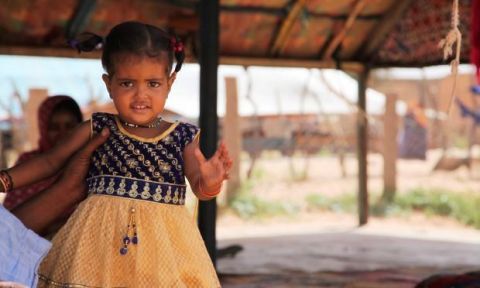 « We had no idea what was wrong with her and why she could not walk at 2 years. We were forced to take her to Guerou Health center because she was so sick and weakened by parasitic disease. We even took her to Nouakchott because I thought she was seriously ill but that was not of much help either » said Atiya, Toutou’s mother.

Malnutrition has always been a problem in Mauritania. According to a survey done by the Ministry of Health and UNICEF, children in the Assaba region were highly malnourished. Most households saw their children suffer from this condition, especially children under five but were ignorant of it. The department of Kankoussa (5,3%), Guerou and Boumdeid (19,2%) were the most affected by acute malnutrition in the region.

To tackle this serious menace to the well-being of children, World Vision Mauritania teamed up with UNICEF and World Vision Germany to establish the WASH/Nut project in the Assaba zone. The objective is to improve access to health care to combat acute malnutrition of children in this region. The project is funded by UNICEF and is conducted in collaboration with the Ministry of Health. Children who benefit from the project receive Plumpy Nut, a nourishing peanut based supplement, to reverse the effects of malnutrition and other medications for general treatment. The project also includes a WASH component: access to water, sanitation and hygiene.

Upon her return to Guerou, Toutou’s mother took her to Guerou local health center that was implementing the project. She was diagnosed as severely malnourished without complication and from that point was treated on a weekly basis by a trained nurse. After one month of treatment, Toutou’s life changed drastically. Today, the lovely little girl is all smile, energetic, and completely healed of malnutrition and has regained her smile, her joy and vivacity.

“It was a total change for her thanks to this project. Our child received plumpy Nut and some medication and now she is doing well. The project also came with door to door sensitization on the importance of hygiene and distributions of WASH kits: hand washing material, soap. We thank World Vision Mauritania for this intervention and for giving our Toutou life’s back” stated Atiya, emotionally. 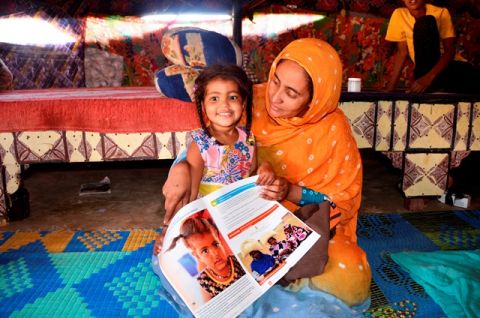 In order to boost health care against malnutrition, it was important to educate also the locals on hygiene and sanitation practices, in the health centers and in households. Then the project either built or renovated medical waste disposals, latrines and water access points in health centers, which improved the safety statuses of these facilities. Several households also benefited from the distribution of hand washing kits and soap (WASH kits) in the areas of intervention.

Other families also received a door to door sensitization and became much aware of the malnutrition danger in their region. 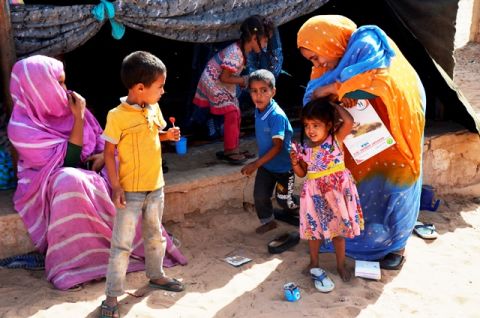 “The impact of this project on these children is just unimaginable. Toutou is the perfect example of the reason why this project is so beneficial in Assaba. It saved life and is bringing back smiles and hope in the homes” explains Mohamed Ould Sidaty, the project facilitator in the Guerou program area

The health facilities personnel were trained on the National protocol for malnutrition improvement and on how to weigh malnourished children. They detect cases of malnutrition and make sure these children are subjects of constant observation in the health centers and in their households. Volunteers and community health relays were trained on the local level for better coordination and check up on children in the households. They make sure that activities are well conducted locally and maximize assistance to children and their families.

The project ended in 2017, and has positively affected many families like Toutou’s since its inception with 1872 children benefitting from its activities. 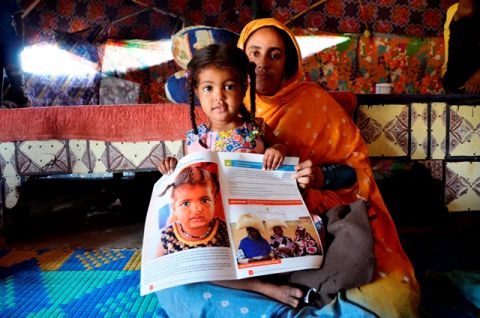