A pastor’s training with World Vision results in the community working together to assist those in most need.

Pastor Jornito Jorge, 35, leads a vibrant congregation at Luz de Jesus, his church in Mozambique. But he is much more than just a shepherd to his flock.

Interacting with other churches provides spiritual growth and better knowledge of the word of God.

He recently received training from World Vision that encouraged him to work side-by-side with his fellow pastors. “Before I didn’t know it was important to have these relationships with other churches,” he says. “It feels like it’s important because if you have interaction with other churches, you grow spiritually and you learn to know much better the word of God.” 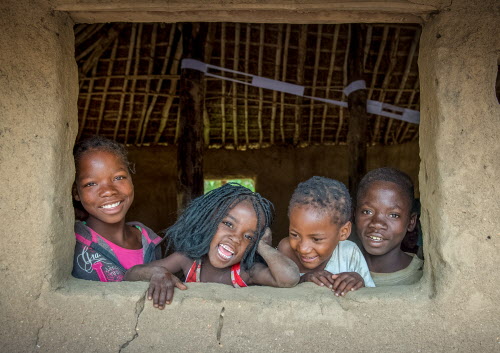 Pastor Jorge's children peek out a window at his church. Photo by Laura Reinhardt

Through this training, he learned about the Community Care Coalition (CCC), which World Vision had started in other communities. The CCC provides for the physical and material needs of children left vulnerable due to poverty.

He also learned about World Vision’s Channels of Hope program, which helps pastors and church volunteers to support those who are chronically ill and their children. They work to provide for both the physical and spiritual needs of their patients.

“Through this training I learned to wear the shoes of somebody else. If this was me, how would I feel?”

“Through this training I learned to wear the shoes of somebody else. If this was me, how would I feel? I thought it was good for me to help those in need,” Pastor Jorge says.

Through the CCC, the community now cares for 144 children. Pastor Jorge gives credit to World Vision and the training he received. Without the training he wouldn’t have even begun “because I didn’t have an idea how to start this work.”

The CCC plans to pool the community money and buy a mill to grind corn. They could then sell that corn flour to the community and use the money to provide clothing, school workbooks, and whatever else the vulnerable children might need.

This isn't the only source of income for these programmes. Pastor Jorge has a small bakery next to his church where he and church members bake fresh bread to sell and raise money. 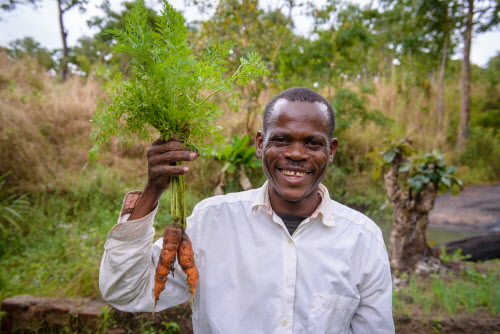 The church also owns and cultivates an acre of land growing fresh vegetables. World Vision provided Pastor Jorge and the CCC with seeds. A World Vision staff member who focused on food security trained them on best agricultural practices to increase their vegetable yield.

Now Pastor Jorge sells cabbage, carrots, corn, and other vegetables to provide additional funds to help the orphans and vulnerable children of his community.

A family in need of shelter

The volunteers scour the community visiting all of the vulnerable children and chronically ill in the area. Due to the vast area and the fact that people are most often on foot or bicycle, they usually are able to visit all the people they serve once a quarter.

The 78-year-old widow recalls thinking: “My husband has died and now my house had fallen down. Who will rebuild it for me?”

Twelve-year-old Adelina has known hardship before. Her mother died due to complications from childbirth. Her father abandoned her and she has lived with her grandmother since 2005.

She and her grandmother live as subsistence farmers. But she had always at least had a roof over her head. Now, they didn’t have money to rebuild. 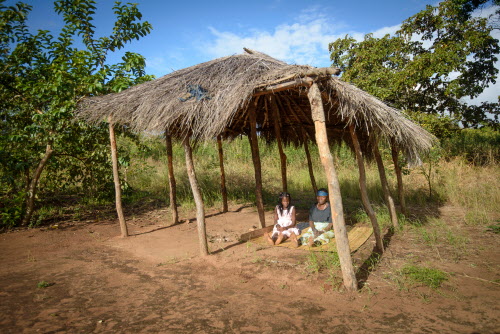 Adelina and Juliet sit in the rudimentary shelter that was all they had. Photo by Laura Reinhardt

Finally she had saved enough money to buy a few supplies for a new shelter. However, it was hardly a home. Thin tree posts holding up a grass roof —there were no walls on the sides, and it leaked when it rained.

Both Adelina and Juliet worried about snakes. Juliet also worried about strangers passing by on the nearby road. Would they see the wide-open shelter and come to harm them?

After a couple of months, a volunteer came and learned what had happened. The CCC sprang into action.

“God is powerful because He saw that we have been through a difficult situation and now we have this new house,” says Juliet.

They made bricks, then bought bamboo and grass to roof the house. “I was happy for the news of the house construction,” says Juliet. “God is powerful because He saw that we have been through a difficult situation and now we have this new house.”

When Adelina learned about the new home she says, “I was laughing [with joy].”

“They are good people,” says Adelina of the volunteers and donors who built her new home. 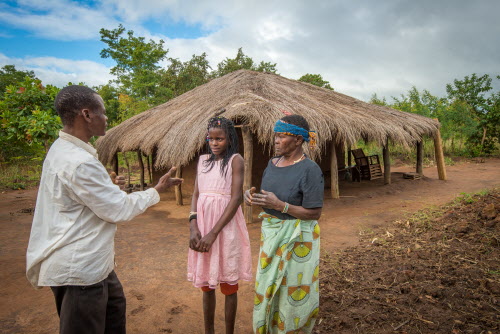 Pastor Jorge stands with Adelina and Juliet, in front of their new home. Photo by Laura Reinhardt