Tendai discusses how helping a woman achieve economic freedom leads to her being free from gender-based violence.

In my language (Shona), there is a proverb that says, “musha mukadzi” which is literally translated as “a home is a woman” and means that a woman plays a significant role in building a home. This ties in well with the Bible scripture that says in Proverbs 31:16: “She considers a field and buys it; out of her earnings she plants a vineyard.” It is easier to build a home when the builder is empowered and has resources.

When women are self-reliant, they raise empowered girls, who are better able to make their own decisions because they have more economic opportunities and can stand up for themselves. It is empowering to have options and as women move away from the predefined livelihood activities that entrench them in low incomes, they begin to craft their own destinies. 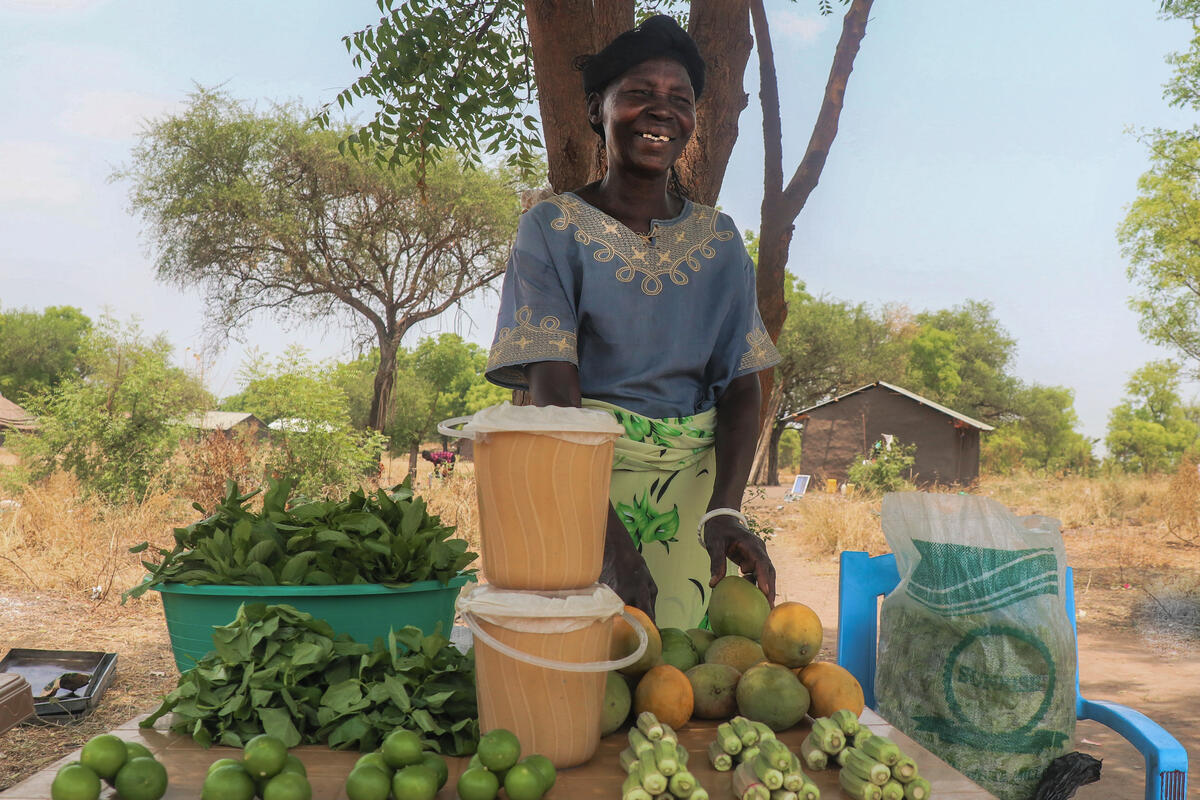 It is important to remember that it is impractical and defeating to expect women to liberate themselves from abusive relationships when they are not economically emancipated.

Statistics show that women make up 41% of the agricultural labour force, with more than 60% based in South-East Asia and Sub-Saharan Africa. Despite the high numbers of women in agriculture, they earn 25% less than their male counterparts and often work for longer hours. On the other hand, in urban areas, there has been a significant decline of female representation in the labour force, from 51% in 1990 to 46.9% in 2020. Similar to the trends in agricultural sector, women in formal employment earn 79% of what men earn globally. With the income numbers against women, this is a breeding ground for skewed power dynamics in marital relationships.

Many women lack the resources and decision-making power to create homes where their girls have the opportunities to forge their own path. Rather, statistics show that one in every five girls are married before the age of 18 and are deprived from continuing with their education. Consequently, limited economic opportunities lead to few options and perpetuate intergenerational poverty. It can also lead to increased risk of domestic violence, as women and girls with limited financial autonomy have limited options when looking to flee from violence in the home, thereby leading to a continued cycle of violence, brokenness and hopelessness. In one study, it was found that 74% of women stayed with abusers for economic reasons and several other studies cite that when women do not have alternative income, they are bound to stay for economic support. 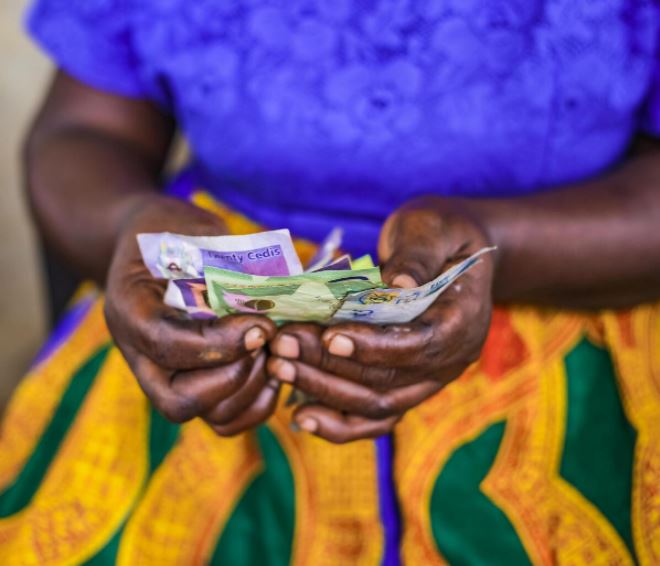 In order to reduce the exposure of women and girls to perpetual and unreported domestic violence, we must create economic opportunities and empower them to speak up. Domestic violence goes unreported for years due to power imbalances that can be attributed to many things including economic dependency on the perpetrator. Therefore, it is imperative to promote women’s economic empowerment by creating sustainable livelihoods opportunities as a gateway to reduce the incidences of unreported and normalised domestic violence. In our personal capacities and as an organisation, we can be the mouthpiece of change in communities we live in and serve, as illustrated in this personal story:

At the age of 18, *Becky completed her upper secondary education and she was excited that she could finally go to university to obtain a qualification that can emancipate her from all the battering from her brothers and her boyfriend. Things changed when her brothers cornered her mother to stop sending her to university because “after all she is a girl and she will get married.” Without careful consideration, Becky’s mother squandered all her university tuition fees.

A few months later, the mother bumped into one of Becky’s Sunday school teachers who had observed her potential at a young age. He wanted to know how this bright girl had fared in life and upon hearing that she was at home doing nothing despite passing her exams, he pushed her to send Becky to school. This was a “sliding door” moment for Becky and when she went to university, she dumped her abusive and drunkard boyfriend. After she graduated, she found a job and went further to pursue her studies whilst working until she completed her doctoral degree.

She is now a strong advocate for women and girls' empowerment, who pushes for change in her social arena.

There are countless girls such as Becky who are denied a promising future because they didn’t have someone to intervene and create that opportunity for them. Money makes the world go around and if you don’t make it, you go around in circles. In Shona the saying “ane mari ndiye mukuru”  literally means that the one who has money is the eldest. With economic empowerment comes opportunities and courage to make bold choices, especially for women and girls who are at greater risk of domestic violence. 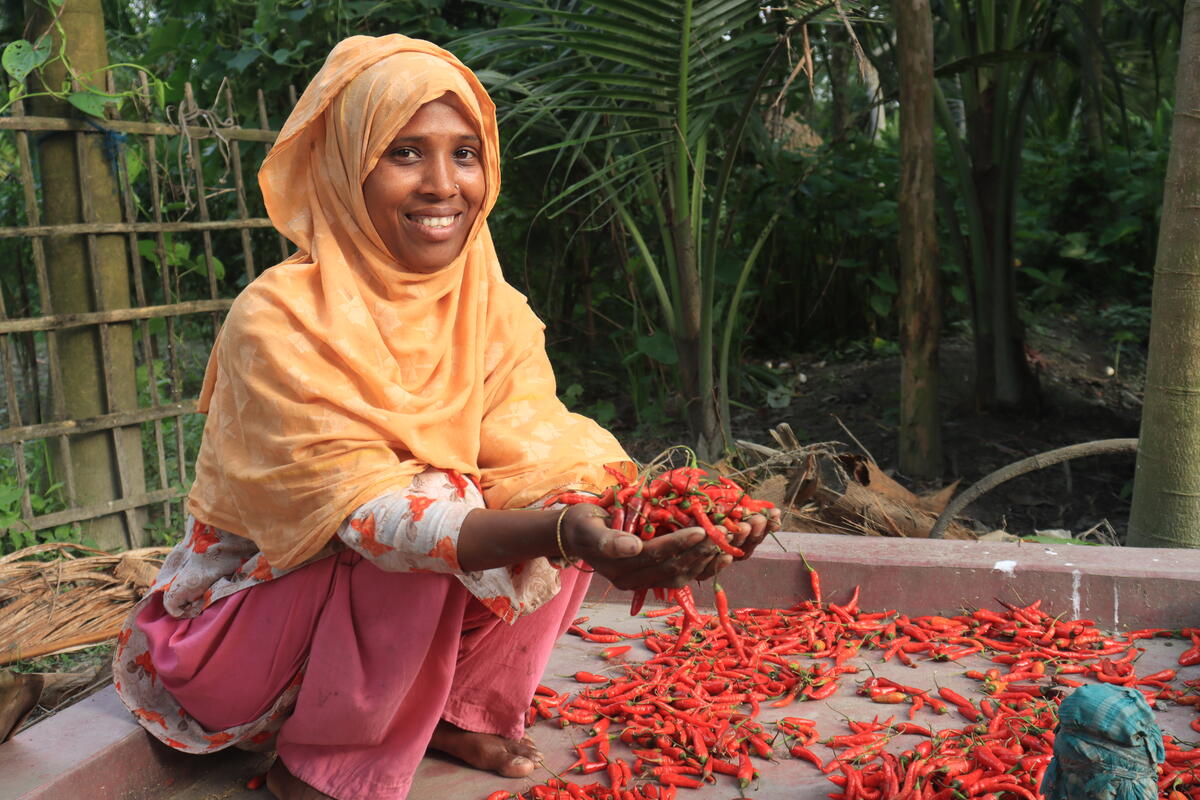 A soon to be published study following research carried out in Sri Lanka by World Vision found that women tend to gravitate towards livelihood activities that generate lower income than men. Often, we encourage joint decision-making in marital relationships, and this extends to financial management. However, we cannot ignore that there is rarely equality, especially when the other partner has a lower income or no financial muscle.

Being on the same income scale with a partner does not shield women from gender-based violence, rather it empowers one to take steps to never feel obliged to stick-it-out because they are reliant on an abuser.

With the COVID-19 pandemic negatively affecting many women’s income, it is not surprising that we have seen a rise in violence against women globally. Sadly, this is a major threat to the gains made in economically emancipating women.

Thus, in light of the disturbing and glaring statistics painting a grim picture of one in three women facing abuse during the COVID-19 pandemic, it is more urgent now than ever to prioritise programming and tools such as Savings Groups that are a catalyst in promoting sustainable economic opportunities for women and girls.