I fear Christmas for Armenian children means conflict and COVID

Today, Armenia is facing one of the toughest political and socio-economic situations since the declaration of its independence back in 1991. A year ago, a 44-day armed conflict between Armenian and Azerbaijani forces was halted but only after an estimated 7,000 soldiers and civilians were killed and tens of thousands wounded on both sides.

A year after the Russian-brokered ceasefire in Nagorno-Karabakh region of my country, the area is again a powder keg threatening to explode with dire consequences for civilian population. As always in such situations, those most in danger are vulnerable children in, some of whom are at arm’s length from the armed conflict zone.

On 16 November 2021, conflict between Armenian and Azerbaijani forces flared up again and civilians in dozens of Armenia’s communities in Sisian area of Syunik Region, Southern Armenia, were caught in severe fighting not far from their homes. There is also a dire need to provide long-term support to 37,000 displaced people from Nagorno-Karabakh region who were forced to flee to Armenia. 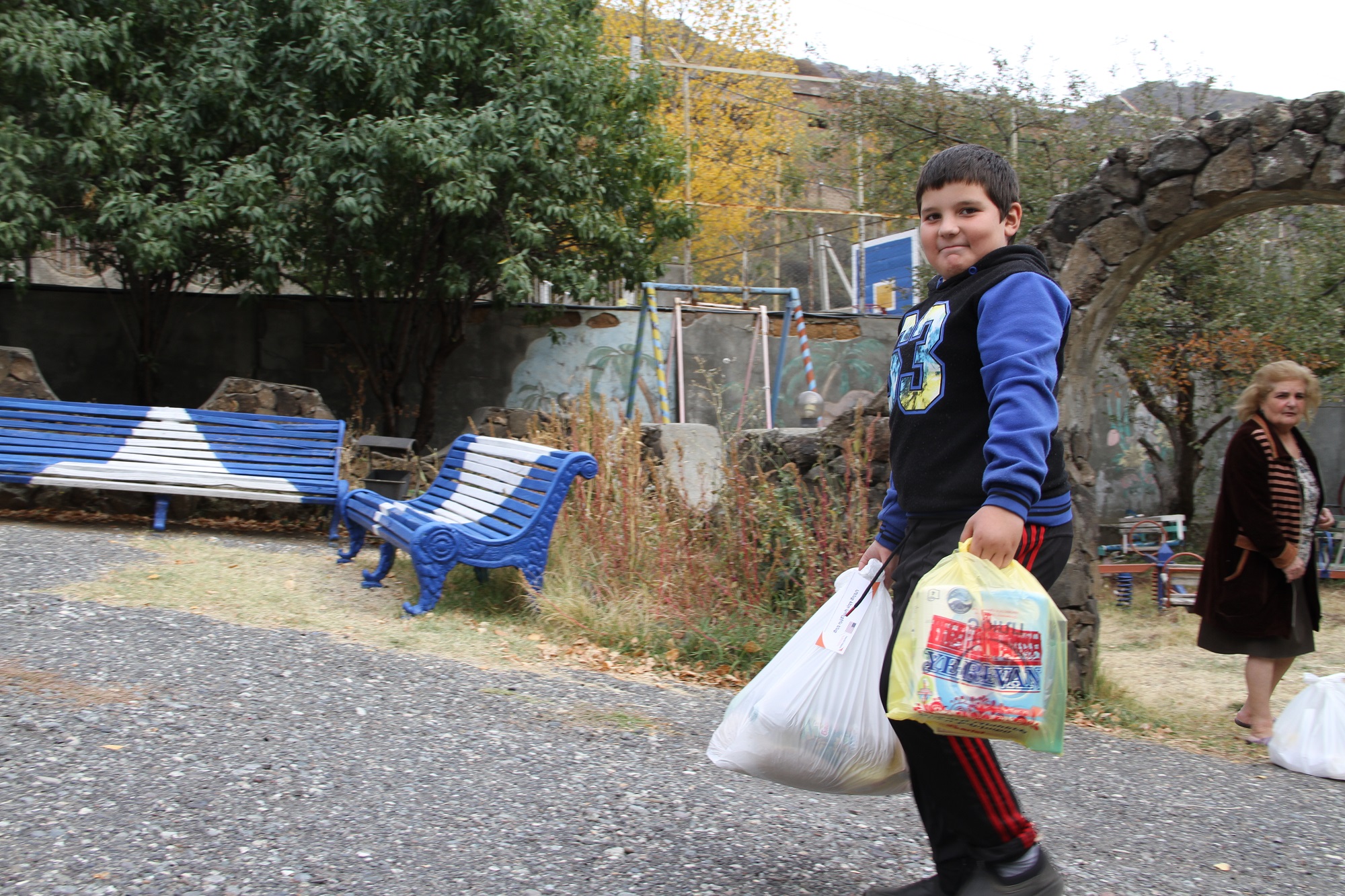 At the same time, six rural communities of Kapan area in the same Syunik Region have been cut from main highway due to the instalment of Azerbaijani military posts right on the main roads; the connection with the nearest community can only be ensured through a 150km long road instead of previous 7km connection.

The security and safety of hundreds of children there is at risk, let alone their psychological health and well-being as they hear the explosion of the bombs and can see the military units located some 500m from their communities.

The situation is also ominous as regards food provision and access to medical services and care.  Certain populations must drive three hours through mountainous, unpaved roads to access medical services. People now mostly rely on their own stored food stocks because daily deliveries have become a rare commodity. These supplies are limited, and if the regular provision of food is not restored, and with the upcoming winter, when the roads may turn inaccessible, we are going to face a humanitarian crisis in these communities. All the signs are there.

To make matters worse, the steep rise of COVID-19 positive cases is also alarming. Armenia reports highest numbers of coronavirus-related deaths in the world (ranking 15th per one million population). This is aggravated by the lowest vaccination rates in Europe and Central Asian countries - 7% in early November.

In response to the 2020 conflict World Vision in Armenia quickly mobilized resources and responded to provide basic food needs and hygiene items to children and families who had fled from Nagorno-Karabakh to Armenia. We were able to help 58,600 people (including 26,000 children) thanks to the help of funds from UNHCR, UNICEF, European Union in Armenia, USAID and ADH. 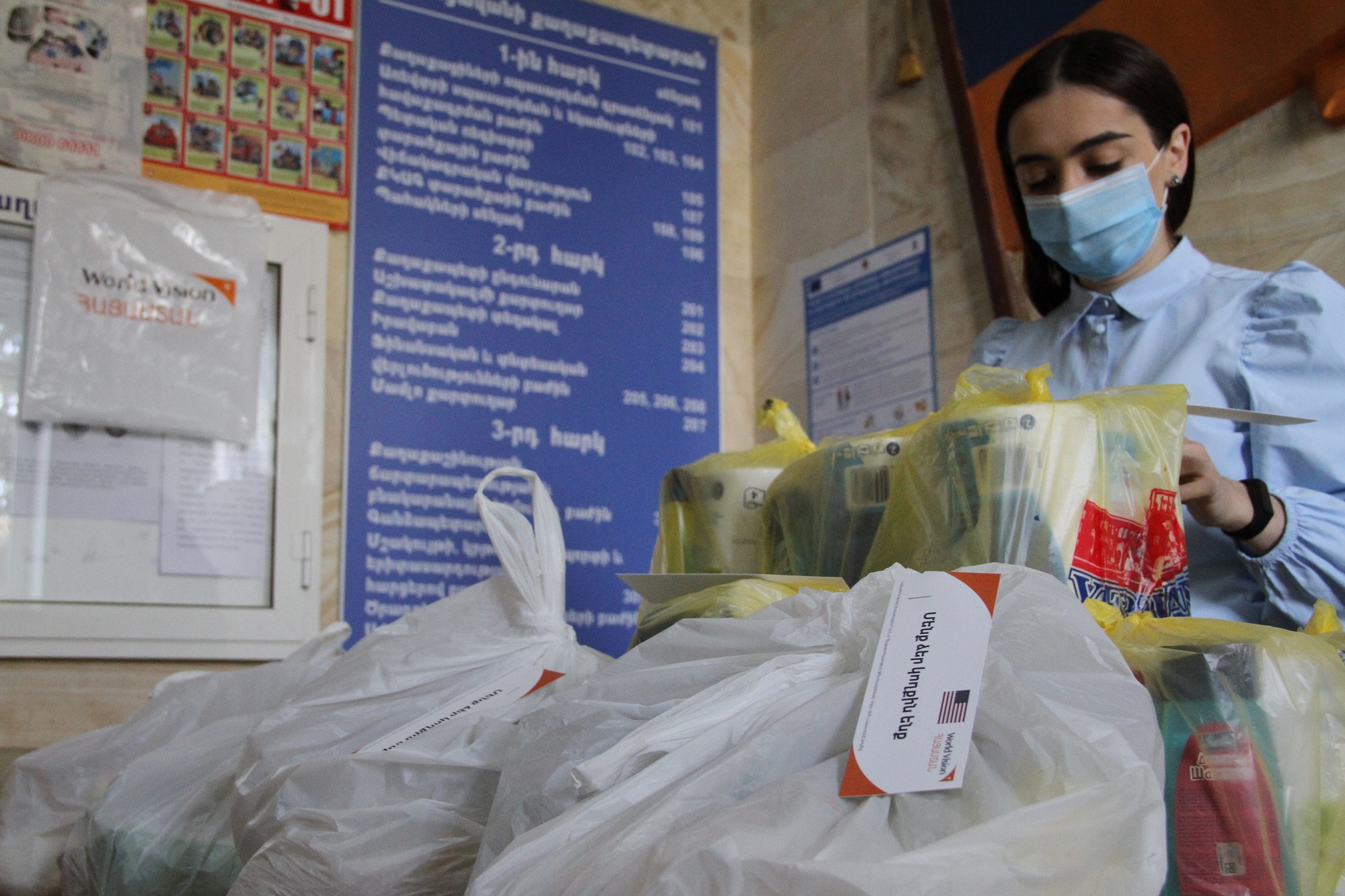 Our support was not only limited to essential food and hygiene items, but families also received psychological and social support, while some were also involved in income-generation activities.

I am so glad and grateful we were able to help those affected by the conflict, but my heart is shattered to think that we are facing a second humanitarian crisis if communities in the   Syunik Region (and with high probability of the bordering Gegharkunik Region of Armenia as well) are caught up in another armed conflict.

Currently, World Vision’s child centres and development programmes in the Syunik Region are run by local staff there. While we consider how best to respond to whatever humanitarian crisis develops there, I can’t help but also worry about the security and safety of our beneficiary families and staff members who live right in the affected communities. 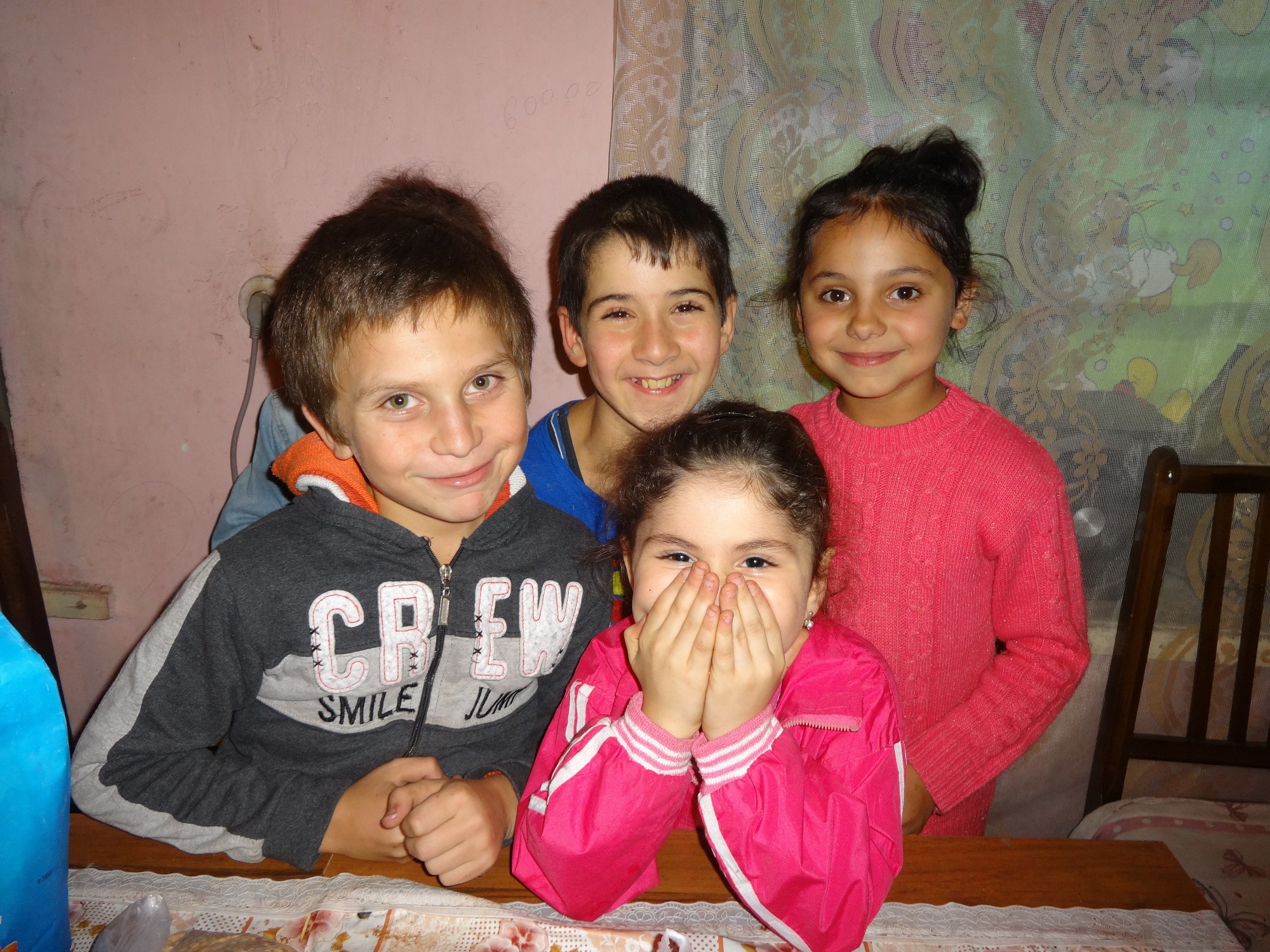 One of my primary concerns is to stand next to World Vision Armenia’s staff members living in these areas, as they boldly continue their mission.

I am a Christian, and my colleagues and I are praying for the de-escalation of the conflict. As we stand-ready to respond to any escalation of armed conflict, we also pray to God for a de-escalation of violence and for peace. I invite all our countrymen and women, and people around the world to do the same.

Learn more about the work of World Vision in Armenia here