To mark the International Women’s Day, we have all been urged to – Think equal, build smart, innovate for change. 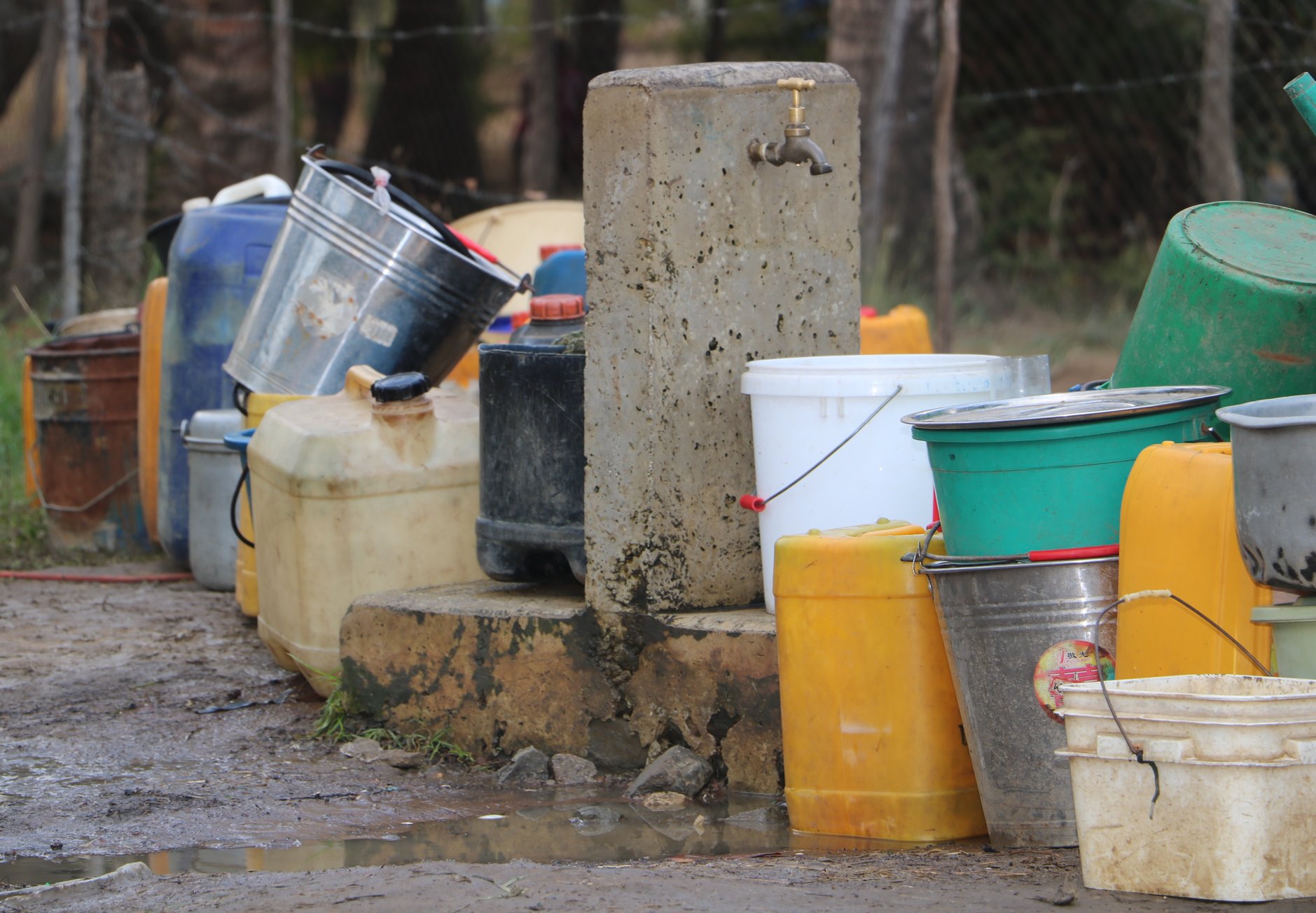 Buckets, Jerry cans and various types of water storing containers piled near a water tap that serves a large community of almost 150 - 200 households in a settlement in Daru. Water supply is unrealiable and often the wait takes hours. Photo:Nelson Kairi/World Vision)

Although these are not the only two issues affecting women in PNG, it is important that we deal with these issues one at a time or share the burden among developing partners so we ease the struggles for our mothers, sisters and our girl children – at present and in the future.

Hence, we are all called to stand together and find ways to close this gender gap.

A new project, implemented by World Vision called WASH Voice for Empowerment (WAVE) aims to ease the burden that women in Daru face in having access to clean, safe water and access to clean and proper sanitation facilities.

The project is funded by the Australian Government through the PNG and Australia partnership and the PNG Sustainable Development Project, it will be implemented in South Fly Urban (Daru Town) and Rural in the Western Province.

Louisa Maikai, a long-time resident in Daru says the struggle to find and preserve water is not new to women and children in Daru. 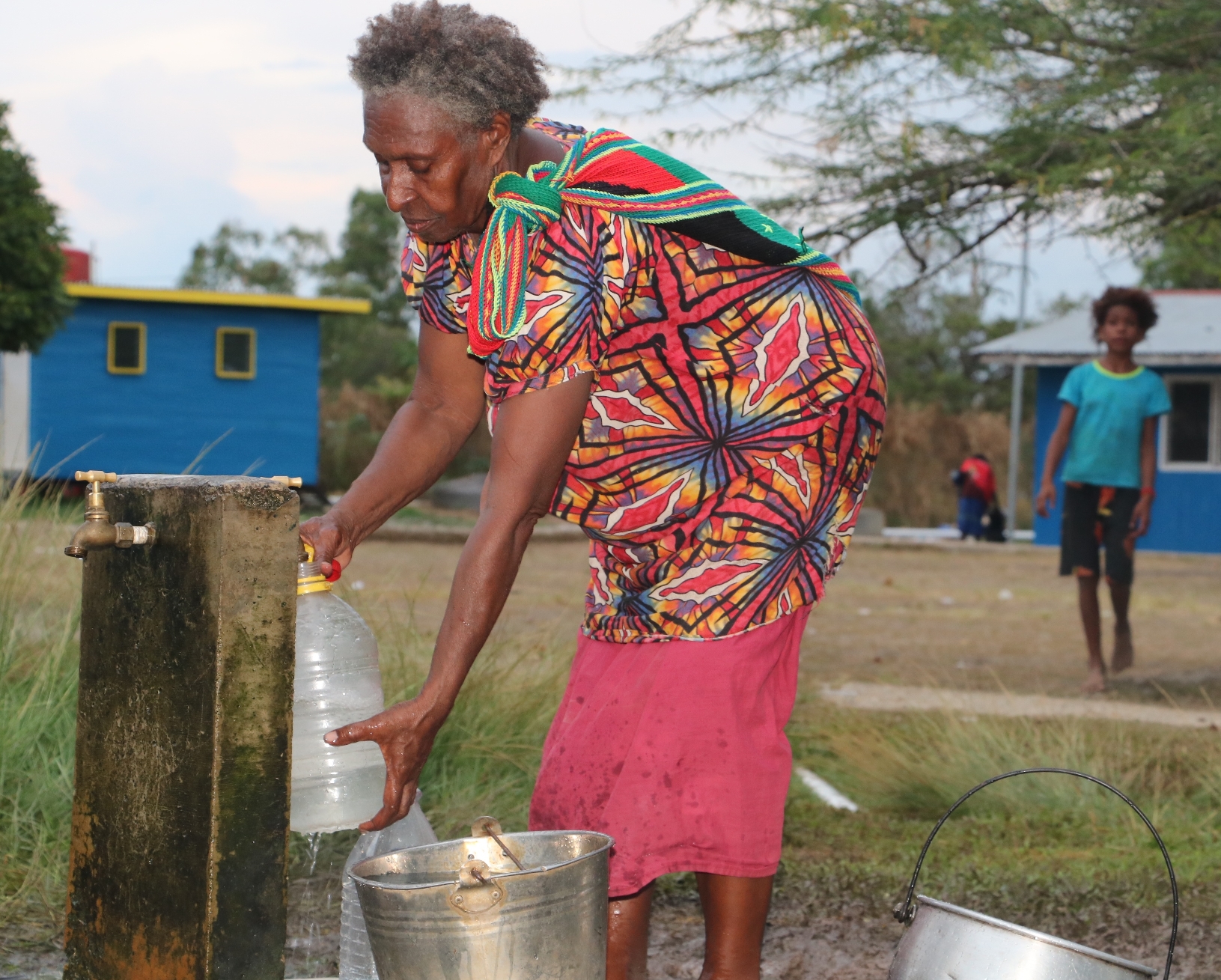 Louisa fetching water at a nearby Primary School, she has to walk for 5 - 10 minutes each afternoon to find water for her family's drinking and cooking needs. (Photo: Nelson Kairi/World Vision)

“I have my well but because of the dry season the water went really down, now I have to walk to Karakara Primary School to get water,” says Louisa. 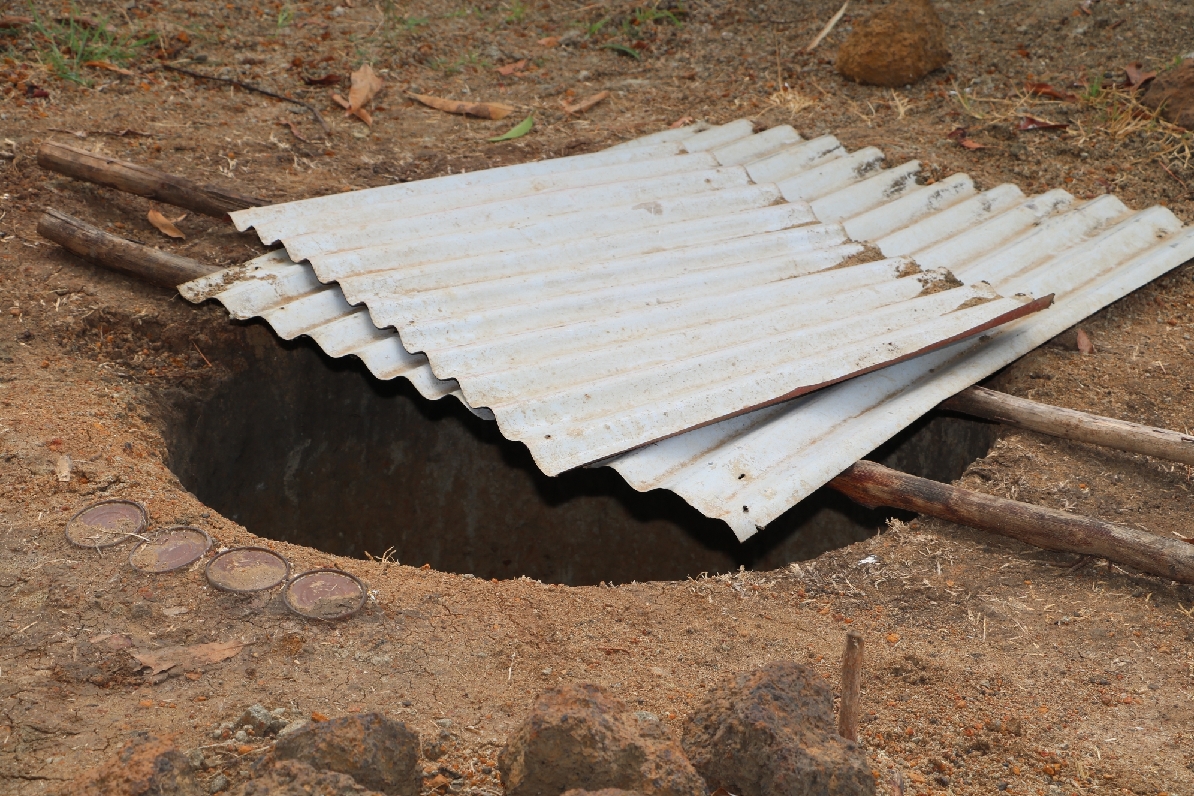 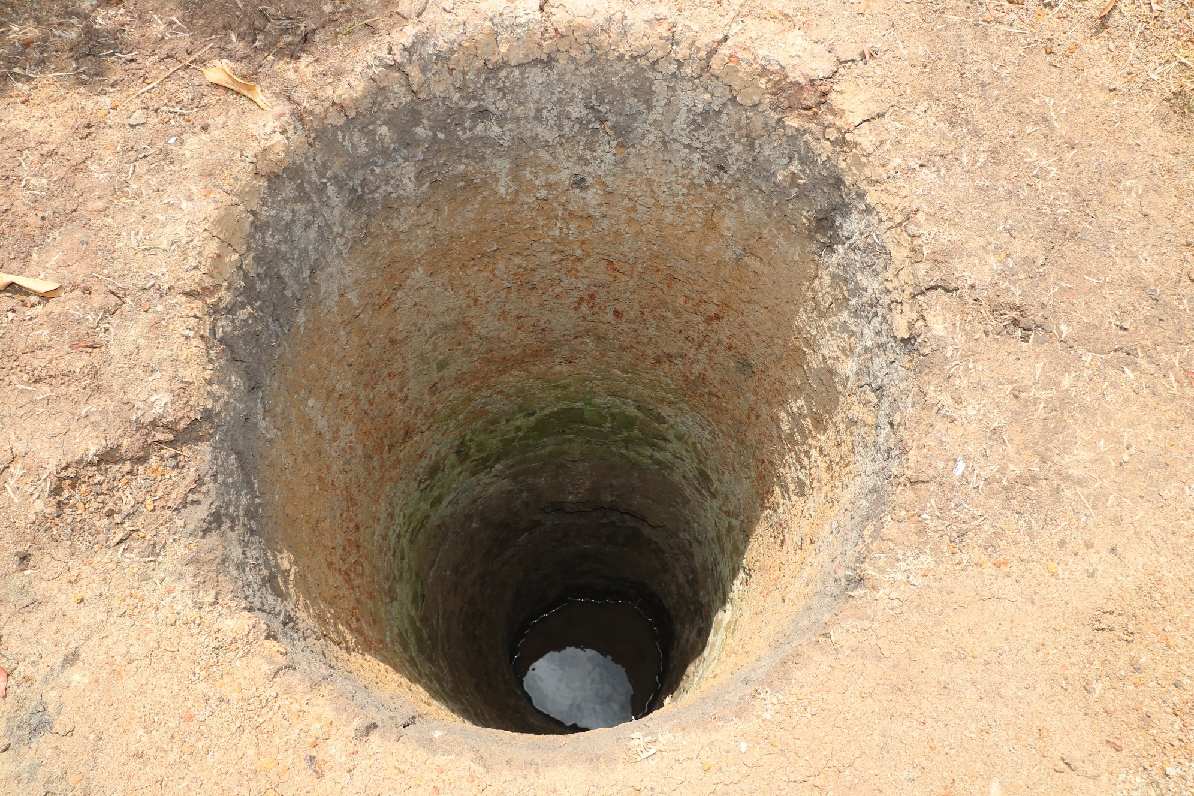 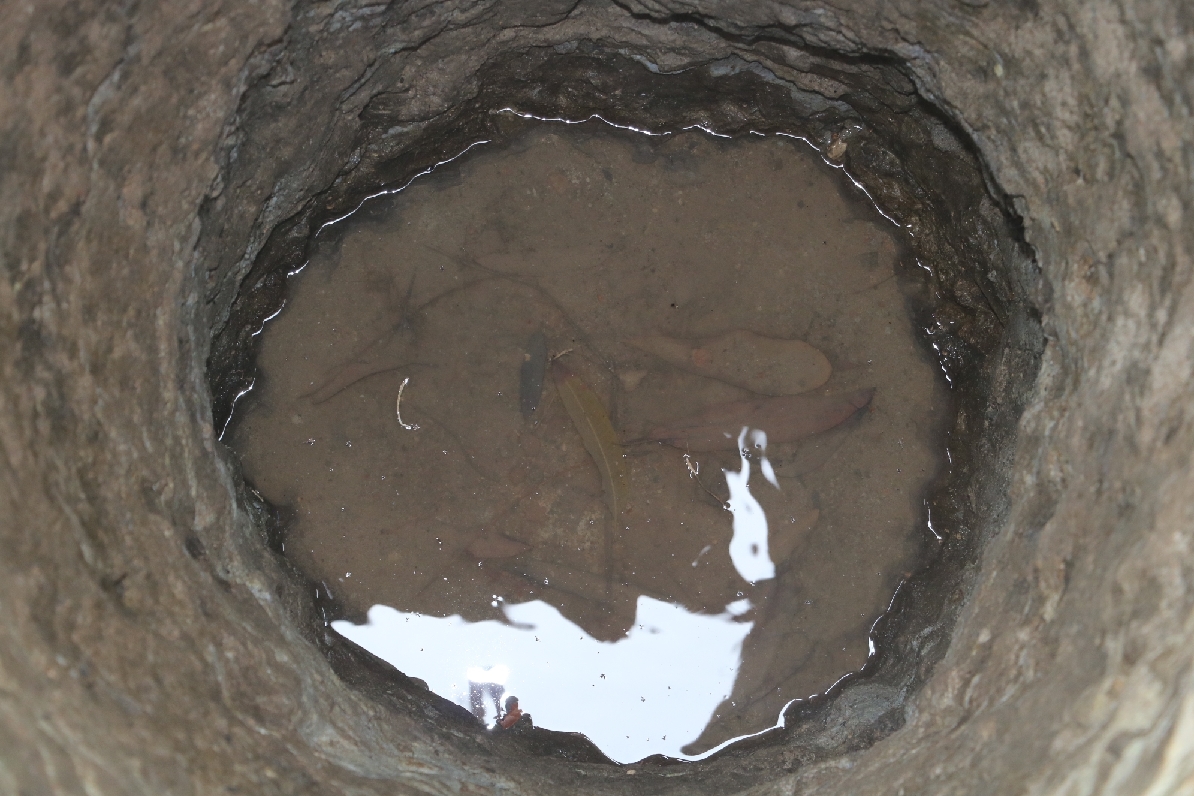 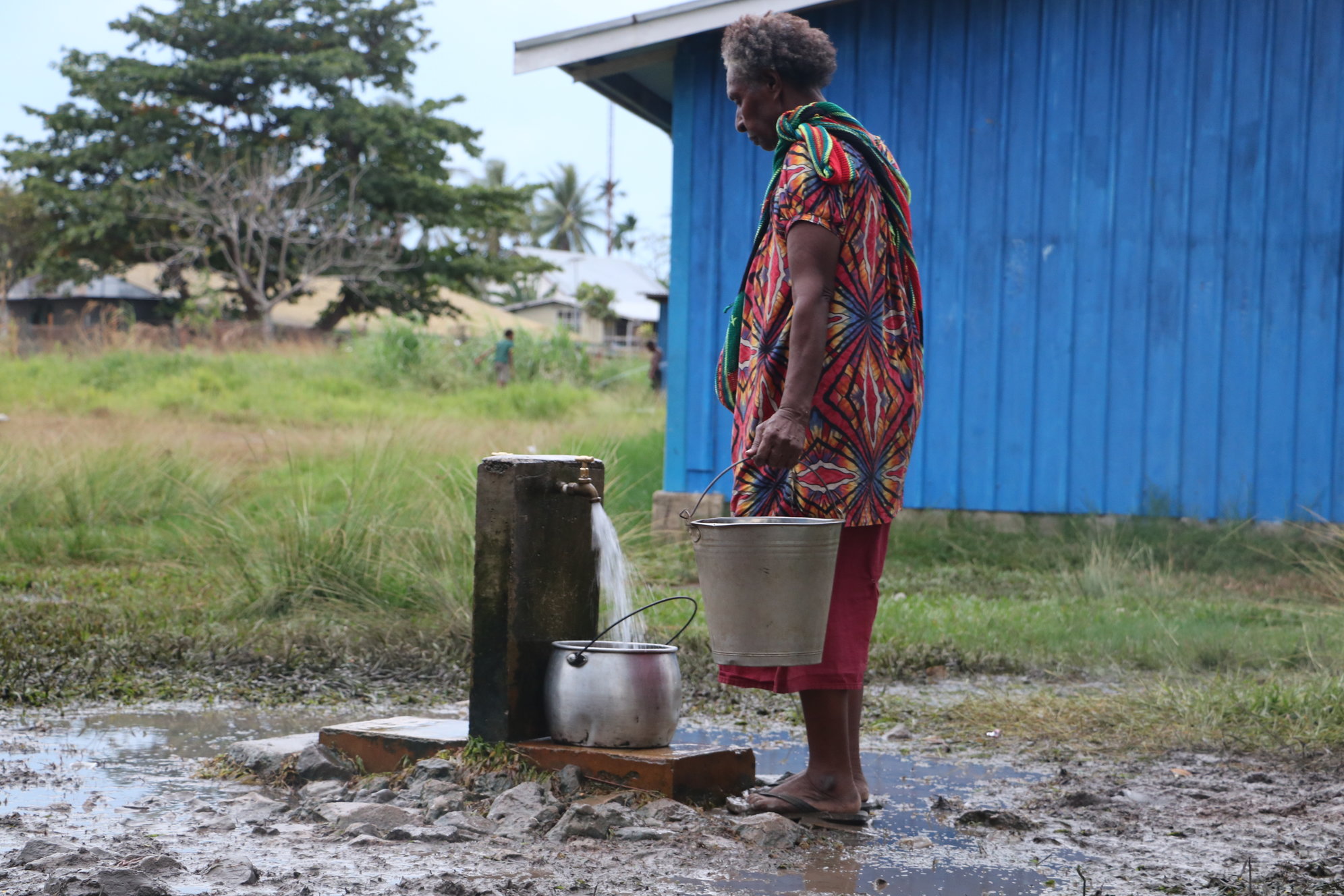 The water level in wells drop during dry seasons and becomes unclean for drinking and cooking food. During dry seasons Louisa, like many other women and chidlren in Daru face the challenge of looking for a basic necessity like clean water. (Photo: Nelson Kairi/World Vision)

As an elderly woman, walking for a short distance to look for water becomes a struggle for Louisa and there are many others who go through the same struggle each day.

She says, “As a middle age mother, I can’t take a bucket and go that far and then bring the bucket of water back.”

The struggle is similar for children, pregnant women, people living with disabilities (PLWDs) and people battling TB. Everyone needs a steady supply of clean, safe water to avoid waterborne diseases like typhoid, cholera and diarrhoea.

Daru’s water pipeline runs from its mainland to the Island underwater for about 1 kilometre.

The water pipes were installed almost 40 years ago and are now falling apart from a lack of maintenance and weathering impacts.

Water is a basic human need and although it is a daily challenge for many women and children in Daru, Louisa is still hopeful that tides will change. 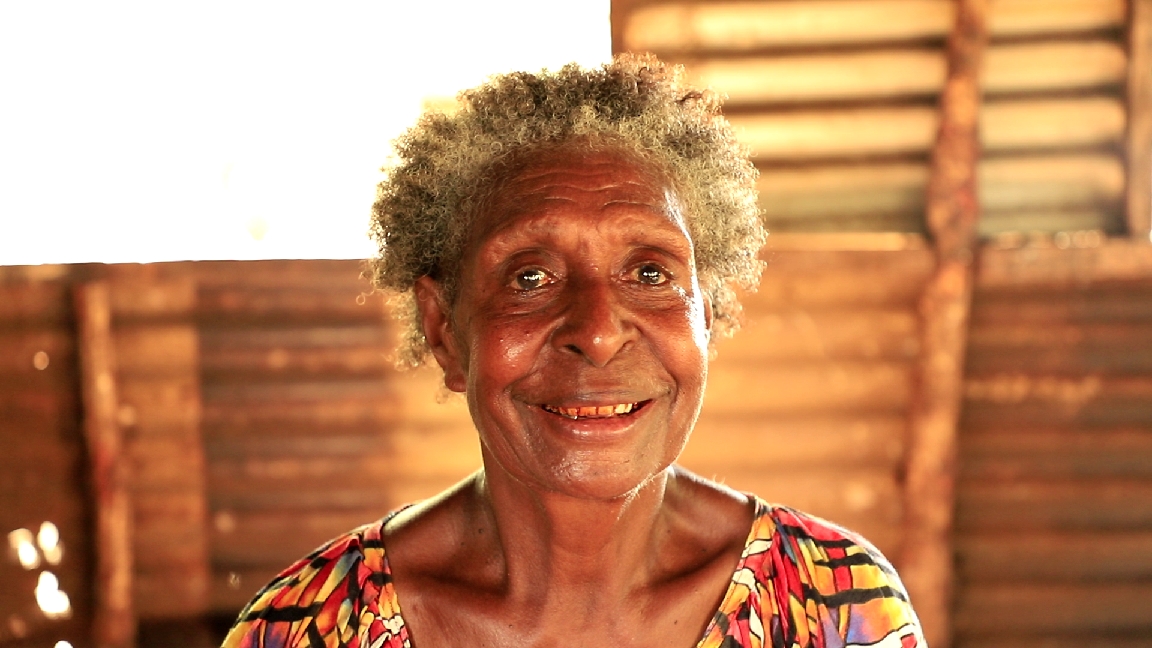 Louisa is a long time resident of Daru, she is hopeful that Daru's water problems will one day go away, but she also knows that it is not a new issue and women and chidlren in Daru face a daily struggle to have access to clean and safe water. (Photo:Nelson Kairi/World Vision)

“In the near future, I want to have a water tap of my own where I will not struggle to go out long way to look for water,” says Louisa with a confident smile.

Louisa is not alone in her confidence that Daru’s water woes will change. World Vision and its donor partners also have the same confidence.

Sawiem Marei, the project coordinator for the WAVE project says the project is promoting accessibility to clean water, good and improved sanitation and hygiene practices – which includes personal hygiene as well as the surroundings while promoting and advocating for the rights of women and PLWD’s.

He adds,” We are more focused on putting water supply systems, such as installing  tanks to an existing building where it’s easy for people to access.”

The project also focuses on meeting needs of women and PLWDs and Mr Marei says the design and location of these WASH facilities is inclusive, which means that it will be accessible to womenfolk by choice of its location and accessible to people with special needs by means of ramps, handrails and other appropriate modifications to suit them.

“Water is an important element that people need and usually it’s the women and children who go to look for water, so we have taken that into consideration after having consultations with women, children and PLWDs and we will ensure that we decrease the distance through selected central locations”, says Mr Marei.

He says, “The Provincial District Administration is one close partner that we’ve been working with, our main aim is to reach out to communities basically to address water, sanitation and hygiene situations of the place.”

He adds that many of the communities that the project is reaching out to are very vulnerable and marginalised with little to no economic activity.

Mr Marei further adds, “We are reaching out to these communities to help them realise that they need to take into consideration their hygiene, sanitation and water problems, we are disseminating information to make them aware that most of the illnesses stems from water, sanitation and hygiene.”

On sanitation he says the project is targeting schools and aid posts with inclusive designs for womenfolk and PLWD’s.

He adds that they are adopting World Vision’s Community Led Total Sanitation (CLTS) approach in the WAVE Project, which has proven to be very effective in other communities in Papua New Guinea. It enables community members to act on improving their sanitation facilities.

Mr Marei says, “The approach ignites the urgent need in the community which triggers people to take action and improve their sanitation and hygiene practices. Already, forty per cent of people in these communities have started building their own toilets or improved their toilets from a more traditional pit toilet to one that is enclosed.

He says, “We promote the Improved Ventilation Pit (VIP) and many communities have taken this concept.”

He adds that the WAVE project and its partners have considered the province’s economic state and is working very closely with the district administration to complement and not duplicate their district’s development plans, so people have access to the services and skills to improve their lives.

He says, “South Fly is a tough place and the local economy is low, so we are looking at ways of including local materials in our designs, so people will be able to construct toilets using local and easy to access building materials.”

Mr Marei adds that the project will construct model VIP toilets in some communities for PLWDs, so people can easily adopt and be able to construct or improve their sanitation facilities.

Lest we forget the confident smile of Louisa; the elderly lady we spoke of earlier and her hope for water taps; and Daru’s water woes to go away. 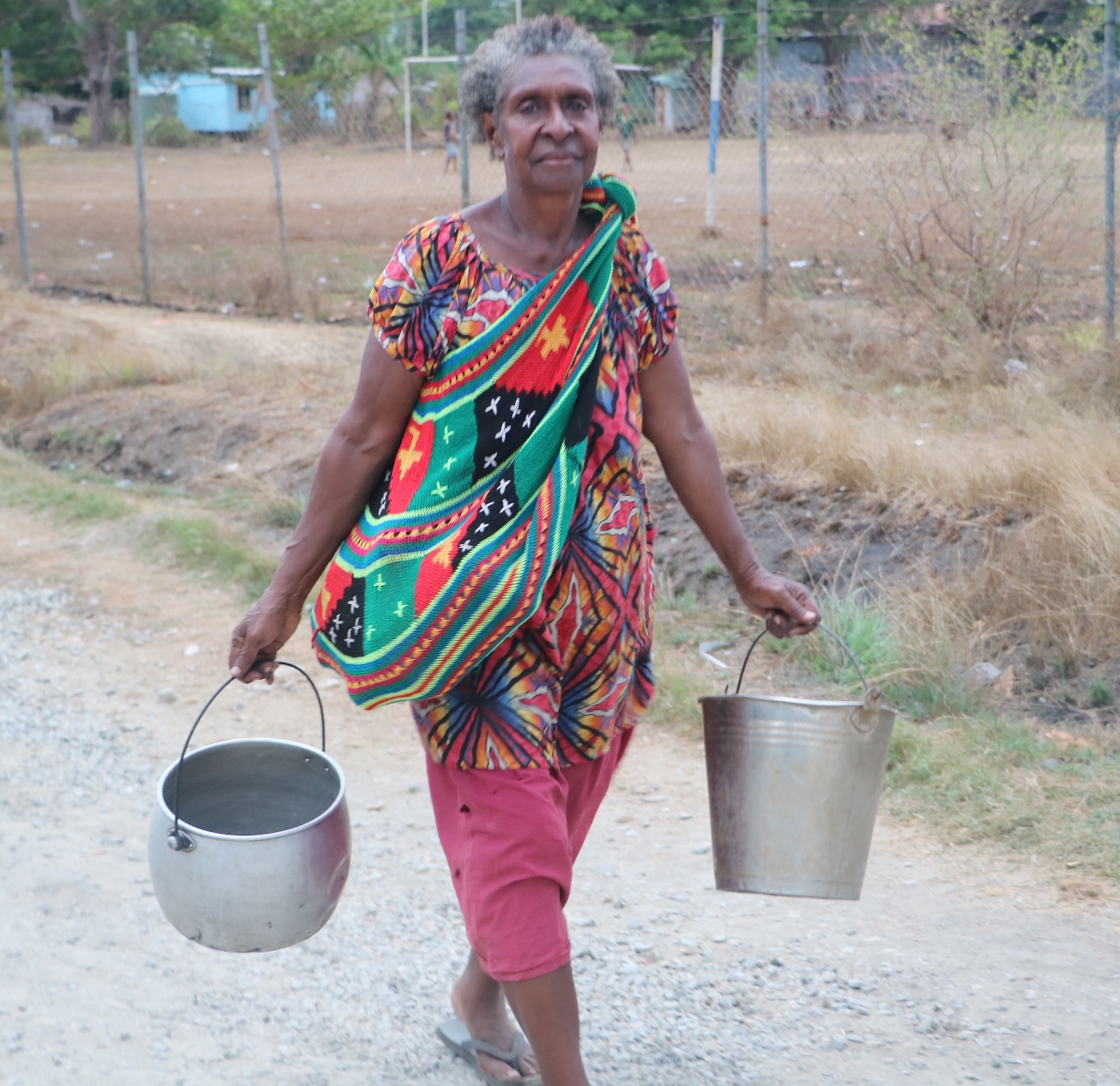 Louisa walks to the water tap everyday because she does not have a water tap near her home, but she is hopeful she will have one soon, either in her community or her home. All she has now, is hope.(Photo:Nelson Kairi/World Vision)

Our aim through the WAVE project in both Rural and Urban (Daru town) South Fly is for Louisa and many like her to see ripples of ease in their daily struggle of having access to clean, safe water, education on hygiene and sanitation and improved toilet facilities.

The project is in its early stages and will be implemented over 5 years ending on 11 December 2022.