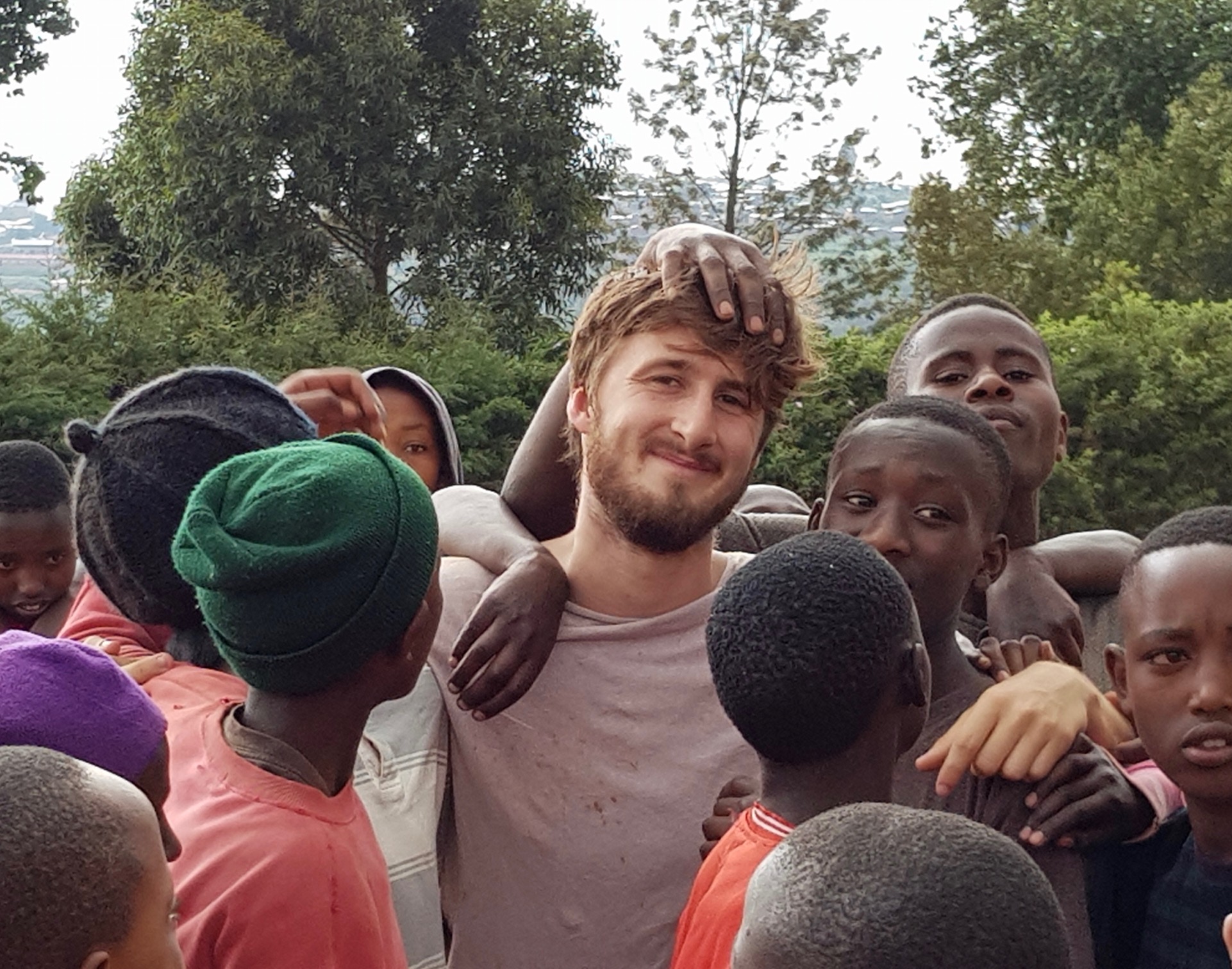 Phillips said he was stoked to be working with World Vision, Australia’s leading humanitarian agency which partners with communities in nearly 100 countries across the globe.

The footballer hopes to use his new platform to educate young Australians about things they may take for granted, like access to clean water, which can be a daily and often dangerous challenge for millions of people around the world, including in many of the communities he visited during a recent trip with World Vision to Rwanda.

“I met a family where the mother had to daily cart water from the nearby river to the family home. I didn’t realise this could be a dangerous task. But her husband, due to a debilitating childhood illness, was not able to assist her,” Tom said.

“Water collection is a very physical chore and traditionally done by men in this community, and because water is now such a contested resource, some of the men would beat up the mother to stop her accessing the water,” Phillips said.

World Vision works to help Rwandans alleviate situations like this, recently funding the building of a water pump and distribution network. Due to be completed early next year, this pump will provide the 17,000-strong community their first clean and accessible drinking water in 18 years.

World Vision also works with Rwandans to help them build their economic capabilities. While visiting one community Phillips took part in the weekly meeting of a savings co-op; an initiative introduced by World Vision that’s now run by a group of local 14-24-year-olds.

The co-op was introduced because the community were disturbed that some of the young girls had taken to prostitution in an effort to raise funds for their families.

“Most of the kids running the savings co-op are teenagers,” Phillips said.

“As I sat there listening to their stories I couldn’t help but think how superficial the things a lot of young Australians, myself included are stressing over. It was quite confronting,” he said.

What Phillips did find he had in common with many of the young Rwandans he met was a shared love of sport.

Running a short AFL clinic for the children in the Gihembe Refugee Settlement Phillips said he was impressed by the competitive skills and talent on display.

“It made me realise that kids anywhere just love to play and just like Aussies, many play to win!”

Roles were reversed when the children decided to take Phillips through his paces in a game of soccer. Despite the new friendships formed there was some fierce competition on the field resulting in a high number of slide tackles.

“It was great fun but super serious at the same time,” Phillips said with a laugh.

Now back in Melbourne, the Collingwood star has started his pre-season training and hopes other Australians, including his team mates will support the amazing change-making work of World Vision this Christmas.

“After playing soccer with the kids in Rwanda, I decided this year I want to buy my Christmas presents from the World Vision online gift store. This could be anything from a goat to sustain a family in Africa to coloured pencils for school students in Cambodia.

“But my favourite is that for $40 I can buy sports equipment for children like the ones I met in Rwanda. I’d rather buy my dad a gift with meaning like this than a tie he’ll never wear!” Phillips said.

To interview Tom Phillips or any other media enquiries, contact Ruth Lamperd: (+61) 417 765947 or ruth.lamperd@worldvision.com.au