‘A friend of disaster' is what 33-year-old Munawar calls himself. He was born and raised in Aceh, Sumatra, Indonesia. In 1999, when he was only 13 years old, his family was affected by armed conflict. Displaced and fearing for their lives Munawar’s family was evacuated to a relative's house outside of town for six months.

“My father used to work as a civil servant for the government. There was a lot of unrest back then, and our lives were in danger,” says Munawar.

After the conflict subsided in early 2000, Munawar finally thought that everything would be ok and life would go back to normal. But, his circumstances changed drastically on December 26, 2004.  A 9.4 magnitude earthquake causing one of the biggest tsunamis in Asia, destroyed his hometown.

“I was staying up late with my college friends because we were working on our college paper. Just before the tsunami hit, I felt the ground shake vehemently. It was the biggest earthquake that I ever felt in my life. After that, I ran away from the buildings with one of my friends,” says Munawar. Ten minutes later, Munawar heard people screaming while running fast, “Run for your life! The water is rising!”

With whatever ounce of energy he had within him, Munawar and his friend started running away toward the Iskandar Muda Airport in Aceh. There were so many people running, hitting each other even stepping over one another to save their lives. In the chaos and the rampage, Munawar witnessed his friend being crushed in the stampede.

“I saw a motorcycle hit him while he was running. When he was falling, people who were running,

stepped on him. I could not save him,” said Munawar recalling the moment, “I was shocked. Losing a friend, how you have grown up with was very tough for me. I had no idea where my family was and what had happened to them. Later I also found out that I had lost my home, as well."

Munawar was separated from his family for several days. To survive, he joined with the Indonesian Red Cross as a volunteer since the organisation provided enough food for him. It was his first experience working with a humanitarian organisation. After several days, Munawar was finally reconnected to meet his family. They were all sound and safe.

“Thank God. My family was safe although we lost our house and belongings. The first few months were hard. I still remember how we stayed in tents for several months before coming back to our relative’s house,” says Munawar.

After surviving many harrowing experiences of conflict and natural disasters, Munawar felt that he should do something more for the people just like him whose lives are affected by the disasters. Later in 2006, Munawar officially joined Indonesian Red Cross as a part of the evacuation team before moving to the warehouse and distribution team. From 2007 to 2008, Munawar then joined the British Red Cross, as a livelihood officer in Aceh and Aceh Jaya regency. In 2009, he finally joined World Vision Indonesia (now Wahana Visi Indonesia). With World Vision Indonesia, Munawar facilitated and developed 20 micro business units and 7 cooperative units with a total of 750 beneficiaries. The 20 microbusinesses consisted of housewives who made cookies, oyster chips, rice cracker and cake and sold their products to get income for their families, which enabled them to run their household, while 7 women saving and credit cooperatives were partnered with regional banks that enabled women to save and provide credit among themselves with low interest, so they no longer had to borrow from money lenders. 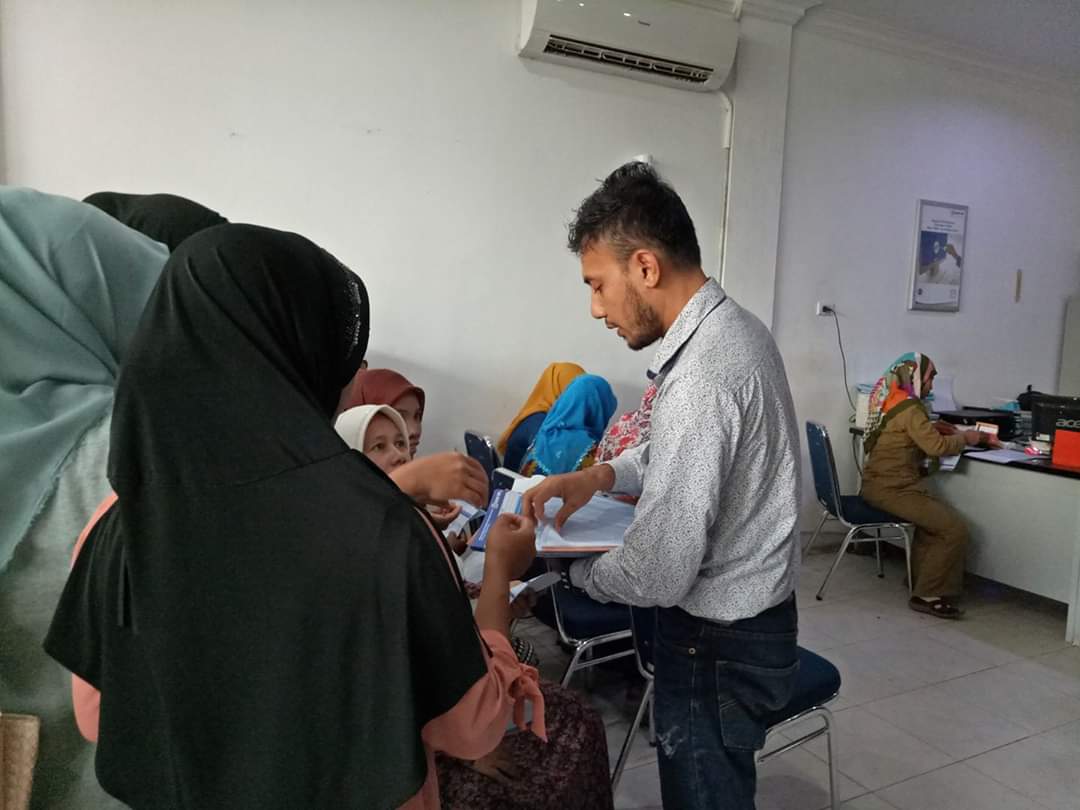 “I am a Moslem. At first, I was reluctant to join World Vision Indonesia because I knew it was a Christian organisation but I was unaware of what the organisation stood for and did. However, after witnessing what World Vision Indonesia has supported the development of the vulnerable communities, I was really encouraged to join because we were not only working for emergency response but also assisting the affected people until they could stand up on their feet and become self-reliant,” says Munawar.

Munawar worked with Wahana Visi 2009 to 2010 and, in December 2016, he joined the earthquake response in Pidie Jaya. At that time, he was assigned as a cash-based programme facilitator. In Pidie Jaya, Munawar found a big challenge as a humanitarian worker.

“I found the biggest challenge in Pidie Jaya as a humanitarian actor since I had to explain what Wahana Visi Indonesia, a child-focussed Christian organisation did. At first, there was a lot of push back we experienced. The situation reminded me of what it was like when I joined the organisation. I learned that awareness and sensitisation were important. After building relationships, with the community and local government, we gained their trust and they began to accept me and Wahana Visi Indonesia,” says Munawar sharing his experience, “Even when the emergency response ended, the government and community of Pidie Jaya asked us to stay back and continue the programme.”

“Now, I am a livelihood coordinator for Lolu village. We assist 100 villages through the agricultural project which is part of the Cash for Work programme so that their livelihood is restored and they can work again as a farmer after the disaster,” he said. 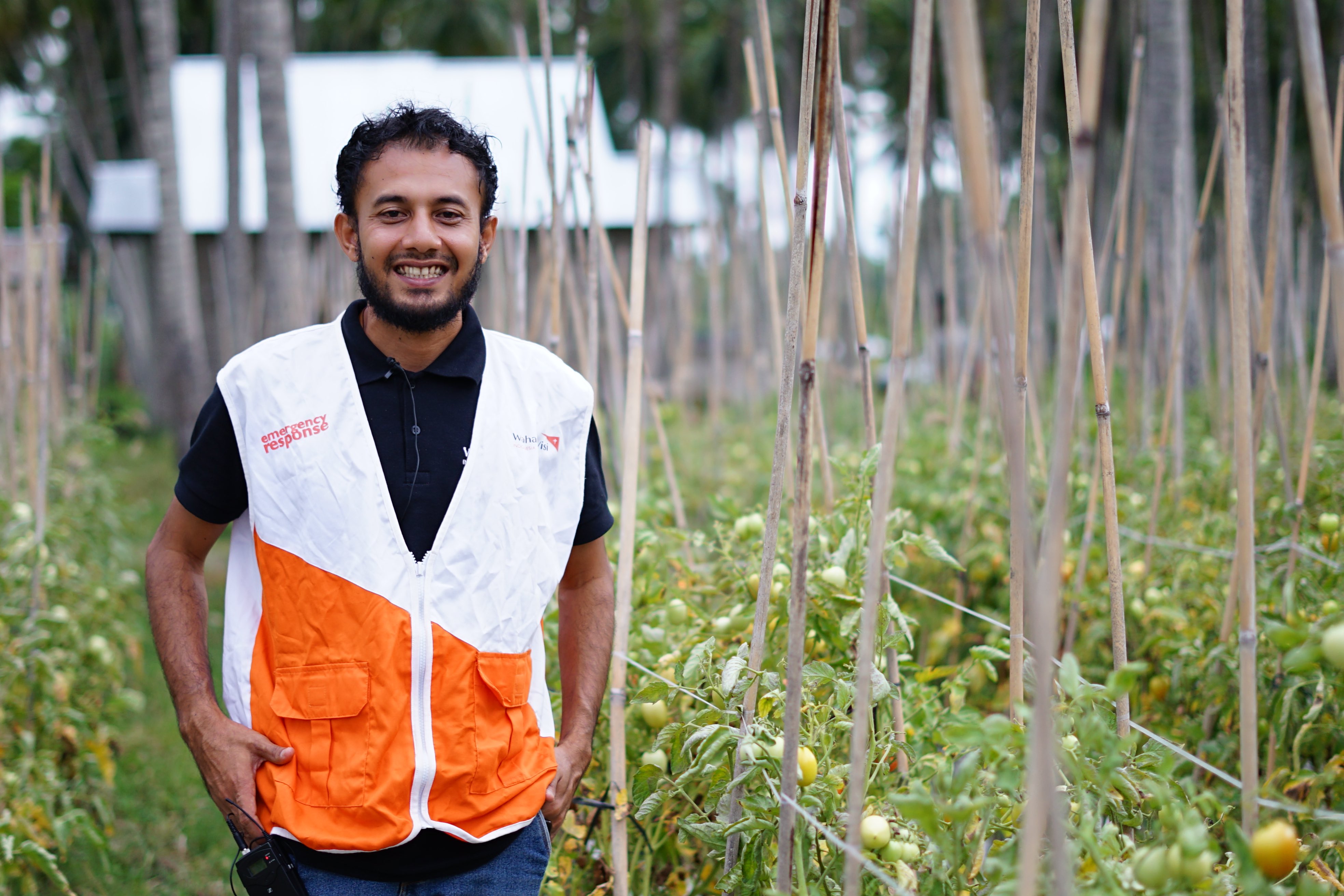 Munawar shuttles between his workplace Palu, Central Sulawesi and his home in Aceh, which is a challenge. But his heart desires to serve.

“It's hard at times when I leave my wife and two daughters behind and some to work here in Palu. But many people have helped me when I was affected by the Aceh earthquake and tsunami in 2004. They would have sacrificed a lot to support families like me. I am here today because of that support. So now it is my turn to help people affected by the earthquake and tsunami in Central Sulawesi. There is joy in serving and helping others. Being in the humanitarian sector has taught me this one important lesson - whatever our background is, we are all the same. And need to be treated equally. I believe that humanity is more important than any kind of differences and politics,” says Munawar."