Beto is only six months old. Instead of enjoying a joyful infancy, he is fighting to grow and develop as his body deals with the effects of being malnourished.

The presence of abundant agriculture and the raising of cattle has always blessed the South of Angola with a certain degree of stability. However, with the absence of rains, this reality has changed. Many small farmers say that they can no longer recognise the signs from nature (as to when to plant and when to harvest), as weather, patterns have been constantly changing over the past eight years. 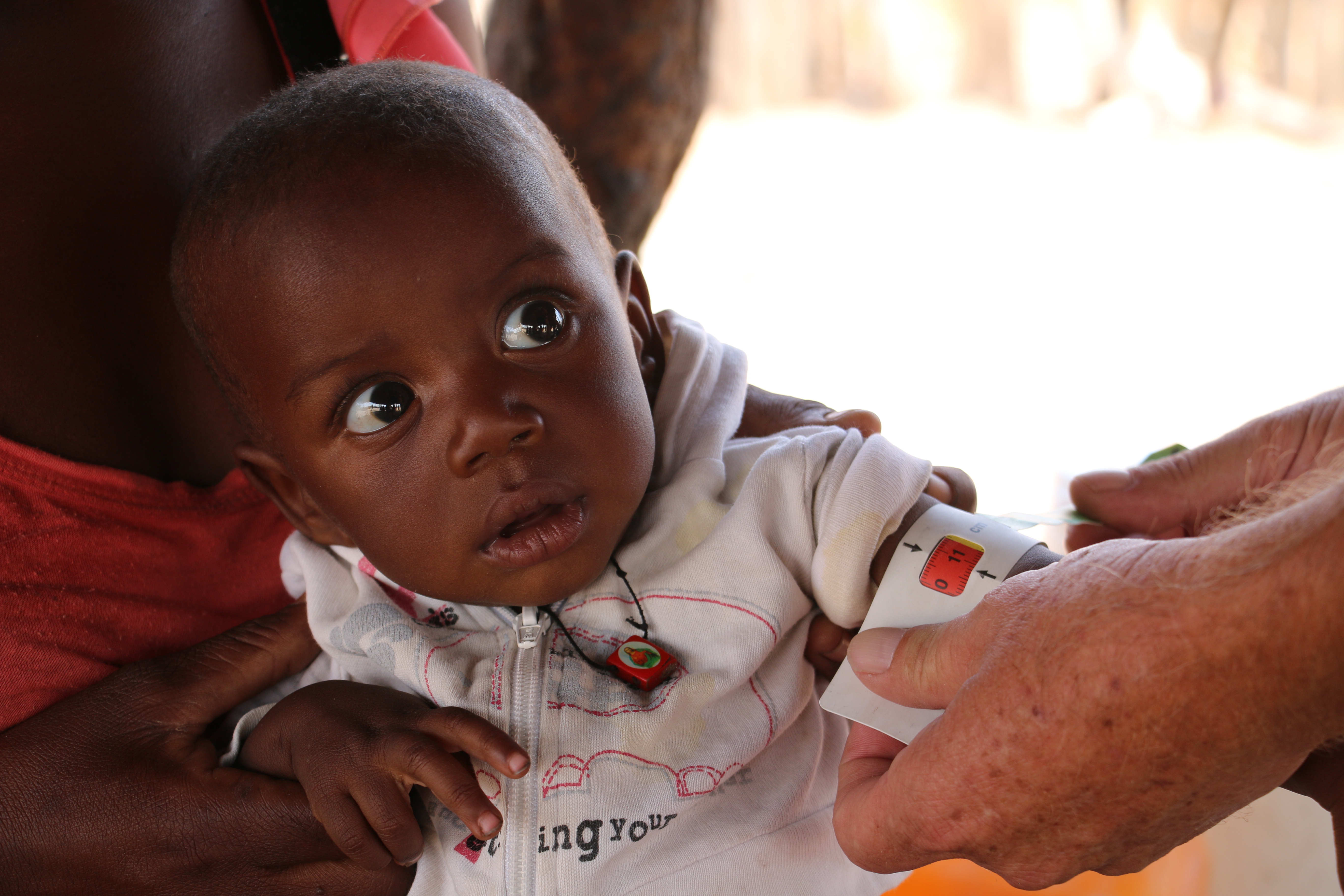 In the past, they were able to listen to nature’s cues, which told them the best times to plant and harvest. Now, nature is deceiving them. When they plant using regular signs, the crops dry out and die because the soil is too hot and dry; an effect of diminishing and irregular rains.

Mr. Pedro, one of the farmers, explained how unpredictable rainfall is affecting his crops. “This year, we have had only two good rains, the seeds started to germinate and right after that, they dried out because of the lack of (continued) rains,” he explains.

Over the last couple of years, the effects of climate change have compounded to cause increasing trouble for the small farmers; crop production is their life. It is their only source of subsistence. When rains decrease, hunger increases.

Many people have resorted to depending on wild fruits and porridge, when they have a bit of millet flour.

Young mothers are struggling to feed their babies properly and the levels of malnutrition in this area are alarming, and among the highest in Africa. Currently the Global Acute Malnutrition rate in Southern Angola is between 22 and 24%. This is almost triple the normal rate. With little or almost nothing to eat, many children die from the consequences of malnutrition every day.

Beto is severely malnourished. His mother is only 32 years old and she has five other children she also needs to care for. When she became unable to meet his needs with breast milk alone, she started feeding him solid food when he was only three months old. “I had to start giving him porridge because my milk was not enough,” she said. 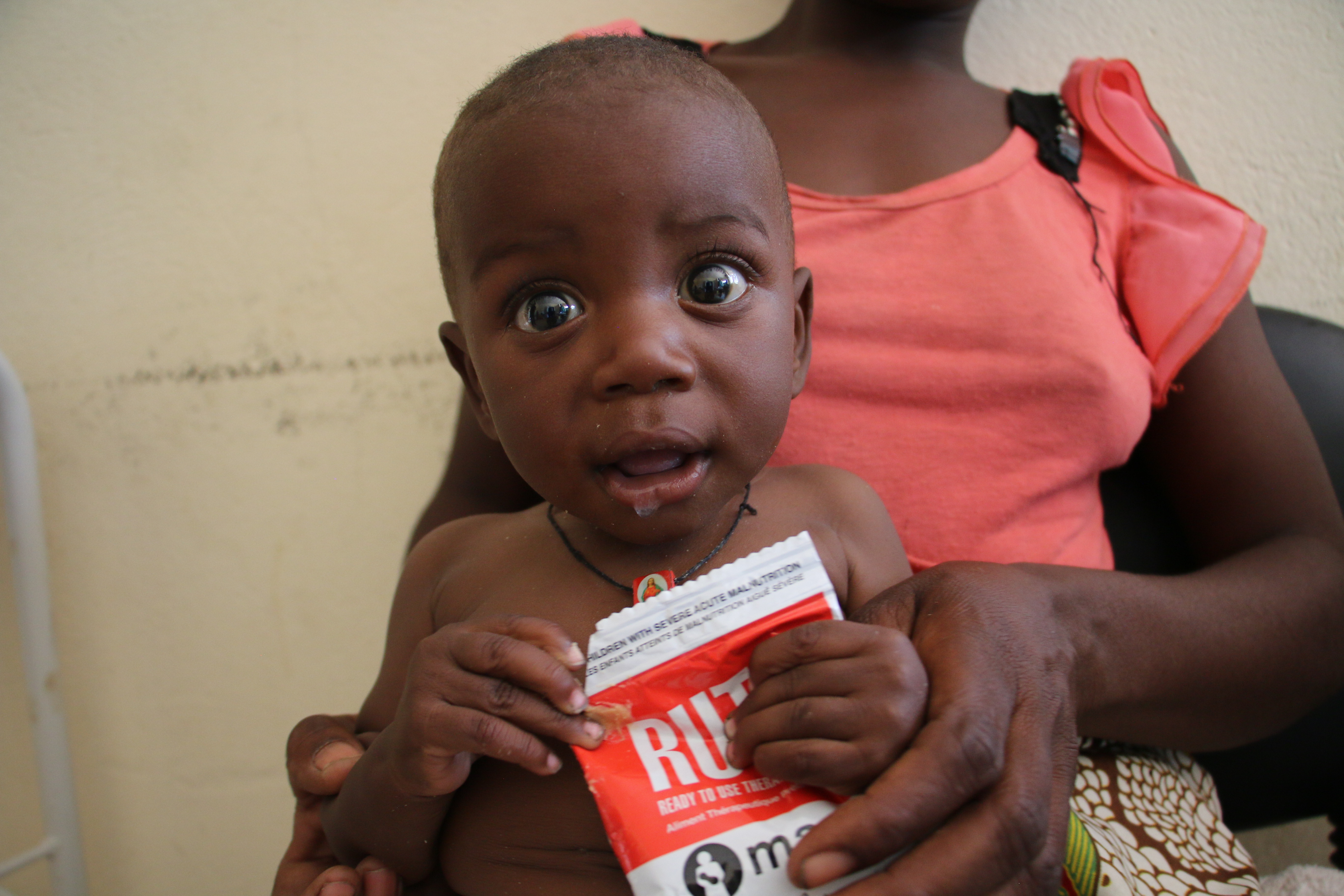 Ndahambelela, had her first child when she was 14 years old. As a young mother, she did not have time to go to school as one child came after another.  In Evali community, in Cunene province, where she is from, it is common to see young girls with one or two children. Most of their babies are malnourished, due to shortage of food.

They say they become mothers early because it is the tradition. They do not have much time to spend with their children because they spend their days searching for food by working in the fields.

Fortunately for Beto, he will be receiving treatment for malnutrition and soon he will recover. The Ready to Use Therapeutic Food that Beto is receiving is a donation from Food for Famine Society through World Vision Canada.

In partnership with UNICEF, World Vision is implementing a project to fight malnutrition, in the Provinces of Huila and Cunene to keep children from dying from malnutrition.

With the support of 542 Community Health workers, over the last three months 4,800 severely malnourished children have been treated. The Community Health Workers are trained to detect the signs of malnutrition and refer severely malnourished children to the health facilities and train their mothers on the best feeding practices, including exclusive breast-feeding as well as proper hygiene and sanitation practices. They also conduct community kitchen demonstrations to show mothers how they can prepare healthy food for their children with locally available food.