Goal : By the end of 2020, reduce by 40% the malaria morbidity and mortality rate in the general population compared to 2016. 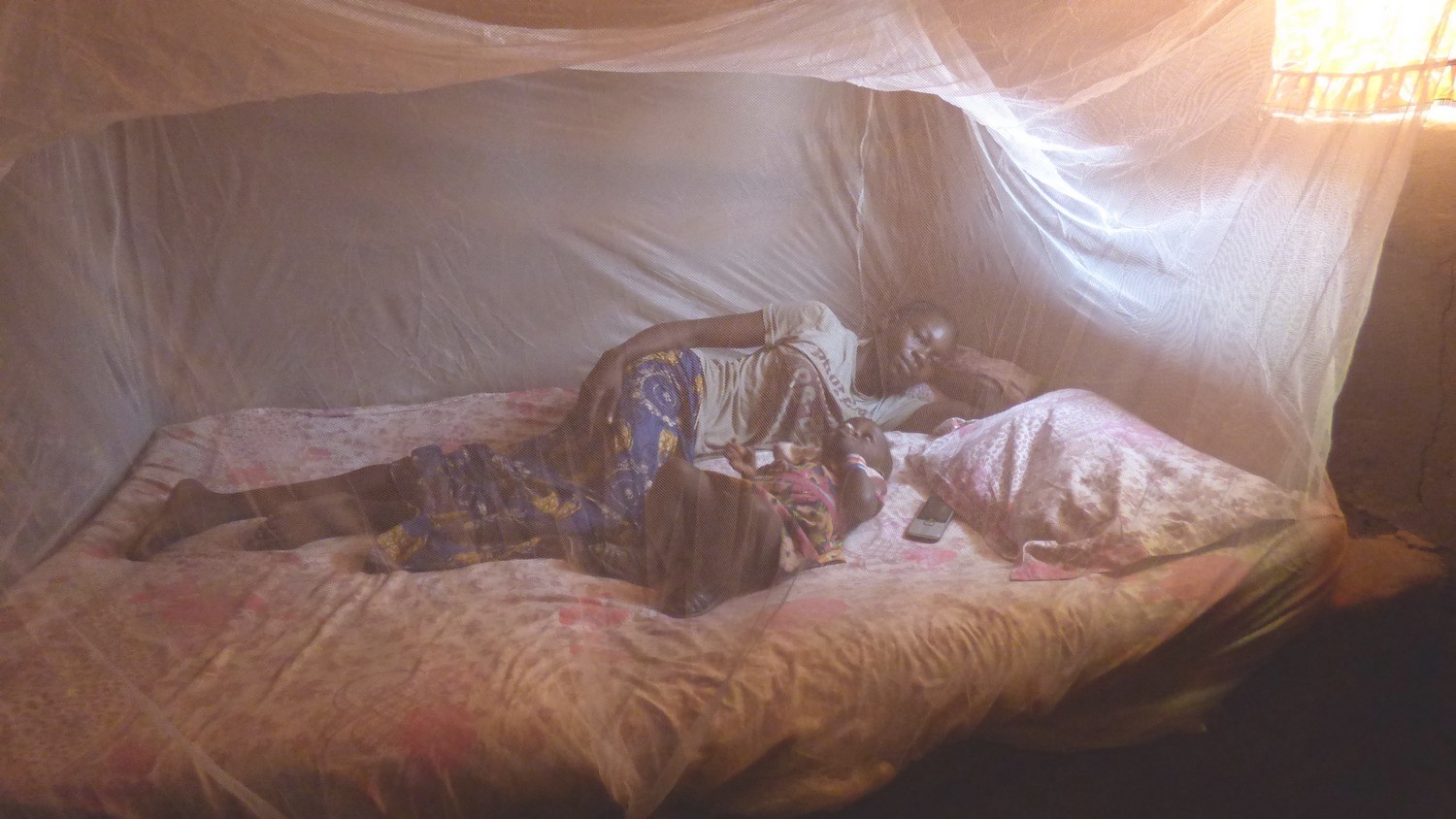 “I don’t get a large income,” 38-year-old mother Therese Nabia says. “I have to choose how to spend it, and my priority must be school and food for my children before I can afford mosquito nets or medication.”

Parents, like Therese, know that fighting malaria is particularly important – but limited income in a fragile economy can only be spent once.

To help the parents in the Central African Republic to protect their children against malaria, World Vision and its partners distributed approximately two million mosquito nets to populations in the north of the country since 2018. Each net has long-lasting insecticide-treatment which repel mosquitoes. A bed net costs 6,000 francs CFA (USD$ 10) – far beyond the reach of most of the vulnerable population in this conflict-affected country.

“Every week I used to have to leave my work at the carpentry shop to take my kids to the hospital,” said one recipient. “It’s a relief to know that from now they are going to sleep under a mosquito net.”

Dr. Regis Mady, District Medical Chief at Ndele Hospital, said nine out of every 10 consultations at the hospital are for children under 5 years old suffering from malaria. The disease is particularly rampant in the rainy season, which is a high transmission period of malaria as mosquitoes are more abundant.

The World Vision and Ministry of Health teams organized educational activities where families learned how best to use the nets to prevent mosquito bites and the malaria parasite they carry.

Communities are encouraged to properly hang their nets and also sleep under them each night.

The mosquito net distribution by World Vision and its implementing partners (Plan International, Mentor Initiave and the Coopération Regionale D’auto Developpement en Centrafrique) was made possible by funding from the Global Fund. It enables the CAR Ministry of Health to take a large step forward in its plans to ensure universal coverage with bed nets for all children in the country.