South Sudan had every right to feel optimistic about its future.

In the years leading up to 2013, after decades of instability and civil war, things were finally starting to look brighter. Fast forward to 2021, just eight years after the country gained independence, it’s people are being displaced at record levels.

It’s a sobering reminder of how things can change in an instant. Hope turns into despair for millions of people when problems compound — war, economic woes, drought, and crop failures.

Mother of five, Monica, and her family are now displaced after fleeing violence. They are part of the 2.2 million South Sudanese who are clinging to the edge of existence, with a long and uncertain road ahead of them. 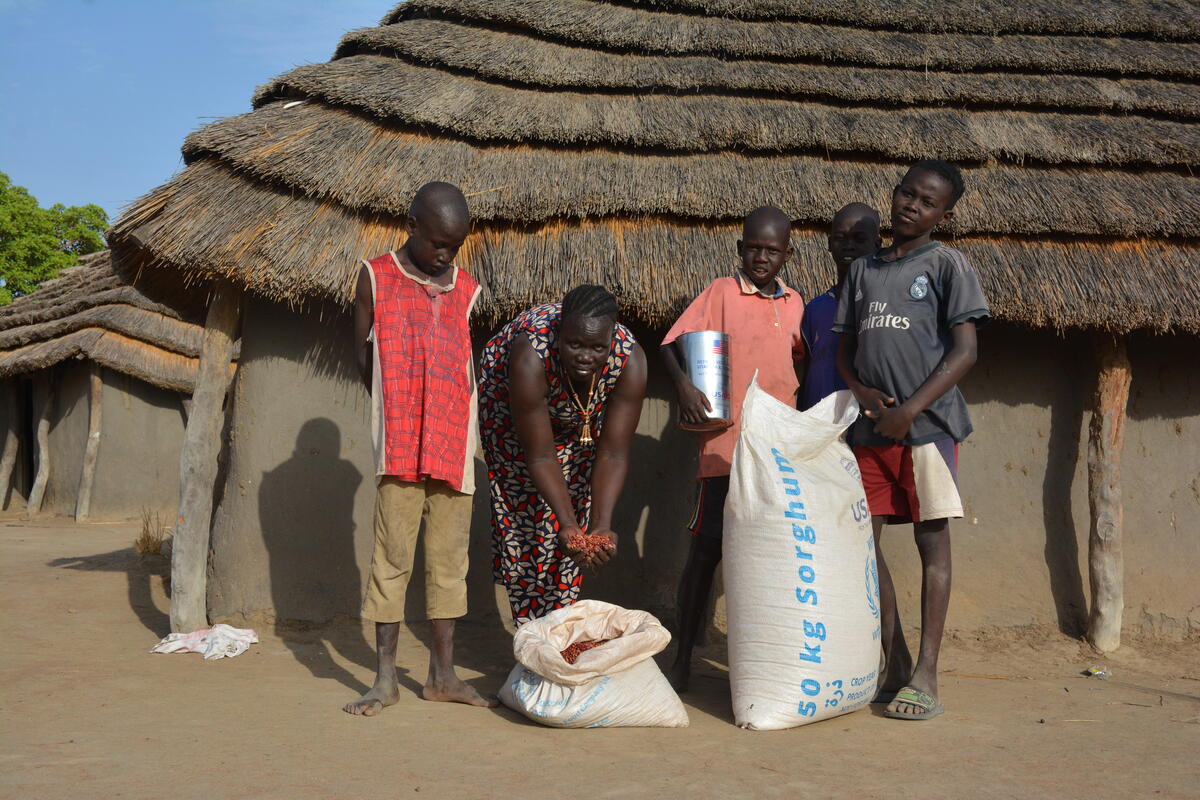 “Before the clashes, I lived and supported my family well. Our farm also supplemented us with food. But, the recent circumstances have robbed us of a good life,” explains Monica.

Food insecurity is a threat to the lives of displaced people and refugees in South Sudan. In 2017, famine was declared in areas of the country, and with continuing unrest, the situation only get worse.

As a mother, it hurts me when my family sleeps hungry

“Life is more difficult and we often eat once a day. My shop was not doing well since most of the customers have fled for safety in other parts of the country. Without this food aid, many people in Tonj North would die of hunger,” says Monica.

World Vision is working on the ground so thousands of families, just like Monica’s, can survive this deepening crisis. While food is critical for survival, getting the aid to where it needs to be can prove difficult in underdeveloped nations. World Vision’s Food Assistance Project partners with the World Food Programme to distribute maize, vegetable oil, beans, salt, and plumpy nuts to the internally displaced people in areas of South Sudan.

In March 2021 alone, over 64,000 people, 42,579 of them children, were supported through general food distribution, school feeding and supplementary feeding programmes.

South Sudan is one of five countries that represent more than two thirds of all refugees and forcibly displaced people globally. As it currently stands, 79.5 million individuals have been forcibly displaced as a result of persecution, conflict, violence or human rights violations--40% are children.

We don’t know how long the ongoing violence and climate disruption will continue to displace people like Monica and her family, but what we do know is that the lifesaving work provided is only possible with your support.