Leaving the warmth of their homes to start school can be tense for children. Some cannot easily adapt to the changes without proper support. Amina, five, found it hard at the beginning to integrate into this new environment at World Vision’s Early Childhood Education centre. Being away from her parents scared her. The new building she visited everyday did not feel familiar, and that scared her too. However, with the assistance of her teacher, she was able to conquer her fears.

Amina’s father, Maher, went the extra mile for his family. Back in Syria, Maher used to carry and transport very heavy objects for a living.  He carried, on his back, bags of wheat, concrete and other items weighing up to 120 Kgs at times, just to be able to provide for his children. However, due to all the heavy lifting, Maher endured injuries in his knees and back leaving him unable to work. Eventually, his financial problems forced him to leave his hometown in 2012, and settle in Akkar, North of Lebanon. There, he lived in a tent with his wife Ghazie and five children at that time.

“I came to Lebanon hoping to find a job I am capable of doing given my situation. As well it is also safer here for my children,” admits Maher. Doctors informed Maher that he needs surgeries in both knees. Surgeries, he could not afford. Maher also feared that they might fail. “I am only working one hour per day with the landlord where we live, barely making any money. But at least here (in Lebanon), I am getting assistance from the humanitarian organizations,” he explains. 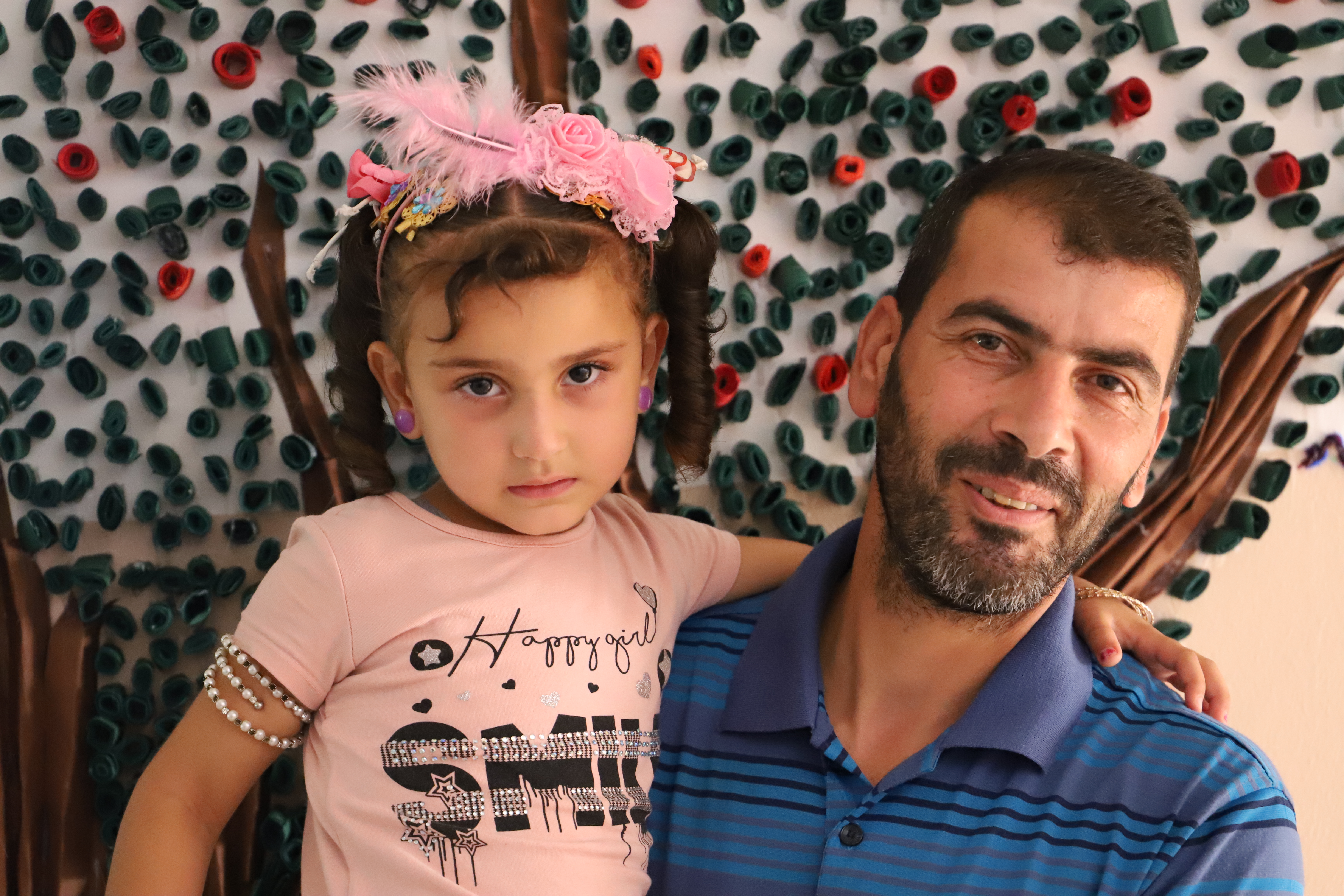 Maher truly believes education is crucial for his children, so they would not have to go through the same struggles he went through. “None of my children is working. I consider education more important than any job they might get at this age,” he emphasizes, “I hope my children get a better chance in life than me.”

Both Amina’s mother Ghazie and her teacher Afrah acknowledge the difficulties they faced in the beginning with Amina. “At first, she used to cry a lot and did not want to go to the centre. Now, she is the one waking us up excited before going to school,” says Ghazie. “When she was enrolled in the classes, Amina did nothing but cry the entire time, especially when her friend Fatimah was not present. She did not participate or answer us when we talked to her. Once she cried herself to sleep in the class,” Afrah recalls. 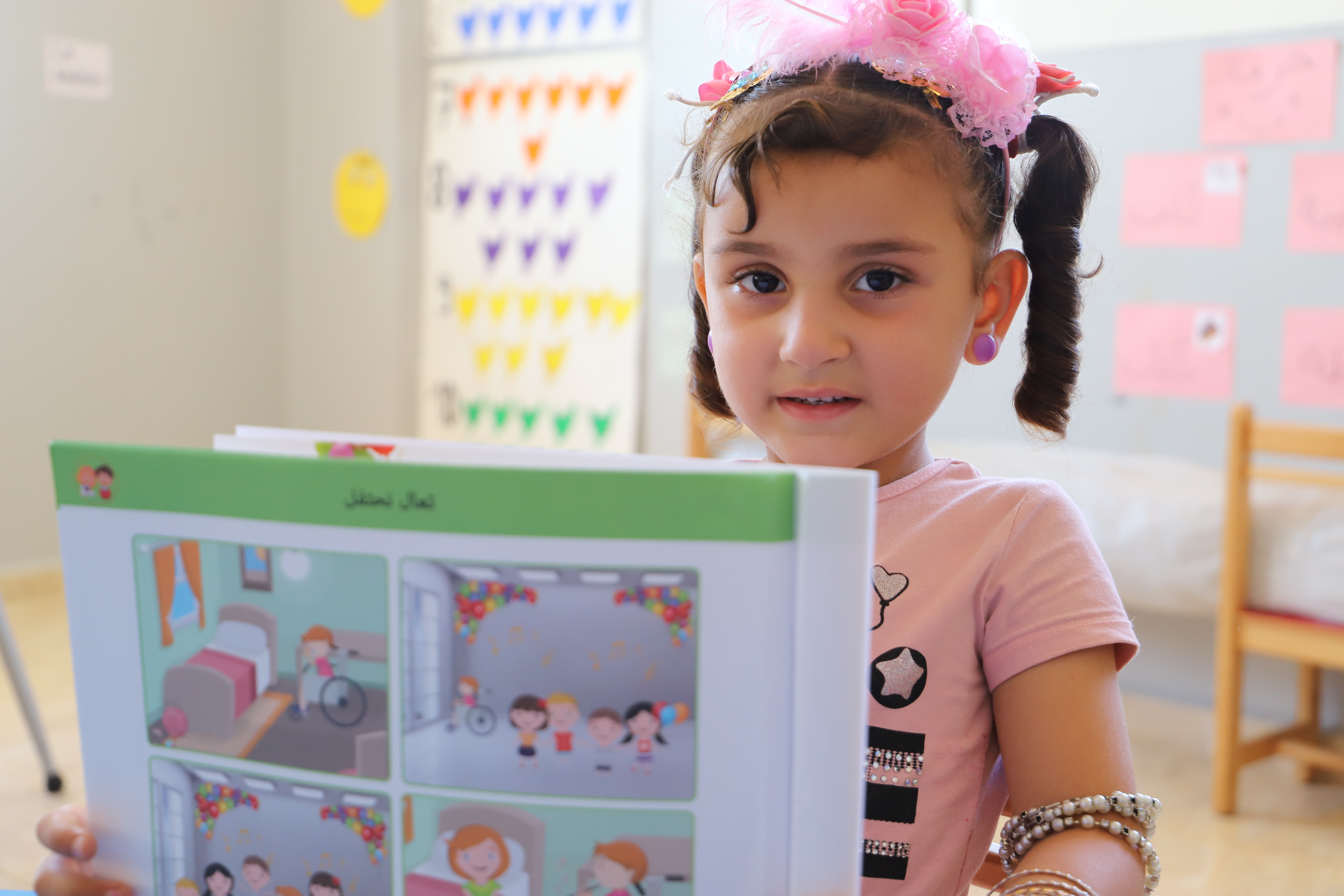 “I started separating Amina and Fatimah. I wanted to encourage her to be more independent. Bit by bit, she got used to come to class alone, and eventually, she made new friends,” she adds. Ghaziie noticed the change at home. “When she comes back home, she shares with us what the teacher taught her. She is more enlightened and even knows more about her personal hygiene,” she shares. 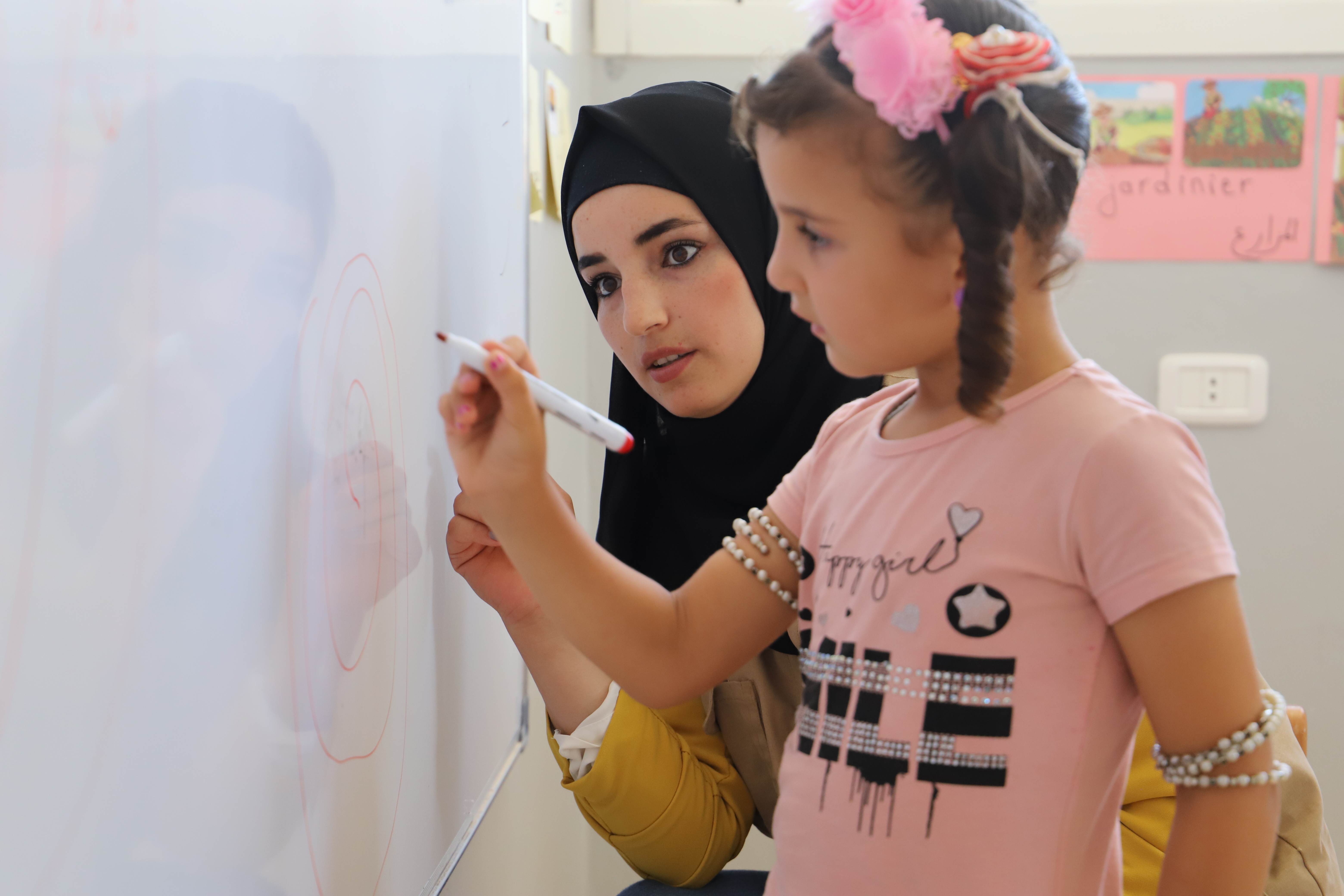 Afrah motivated Amina to achieve significant changes in her behaviour. “Now Amina enjoys coming to school. She takes part in all the activities and enjoys meeting new friends. I really hope these children will continue their education after finishing the early childhood education programme,” she says.

Filled with hope and faith, Maher is willing to face all the difficulties for his children. “I want my children, to continue their education and achieve their dreams. They deserve better,” says Maher with a smile on his face.

Not only did Amina benefit from the Early Childhood Education programme, but also the young refugee learned to make new friends, enjoy the world of education, gained hope for a better future, and conquered her fears.